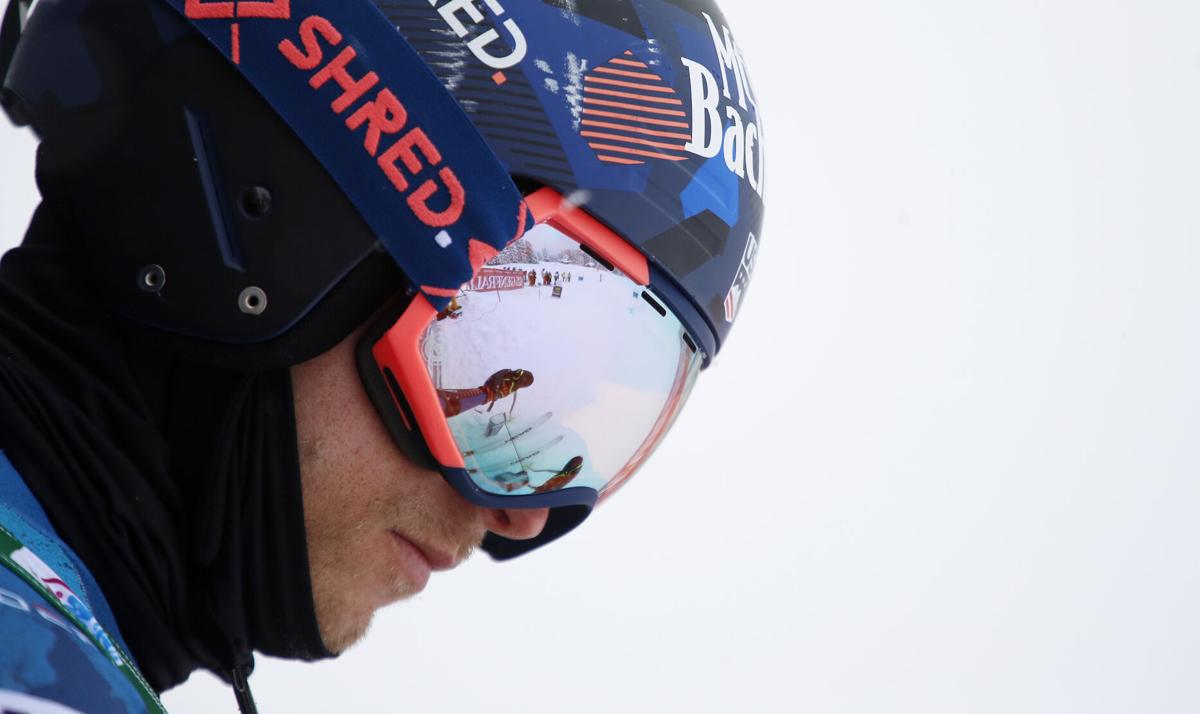 Tommy Ford, of Bend, prepares to start the second run of a World Cup giant slalom in Santa Caterina Valfurva, Italy, in December. On Jan. 9, Ford suffered multiple injuries during a crash at a World Cup race in Adelboden, Switzerland. 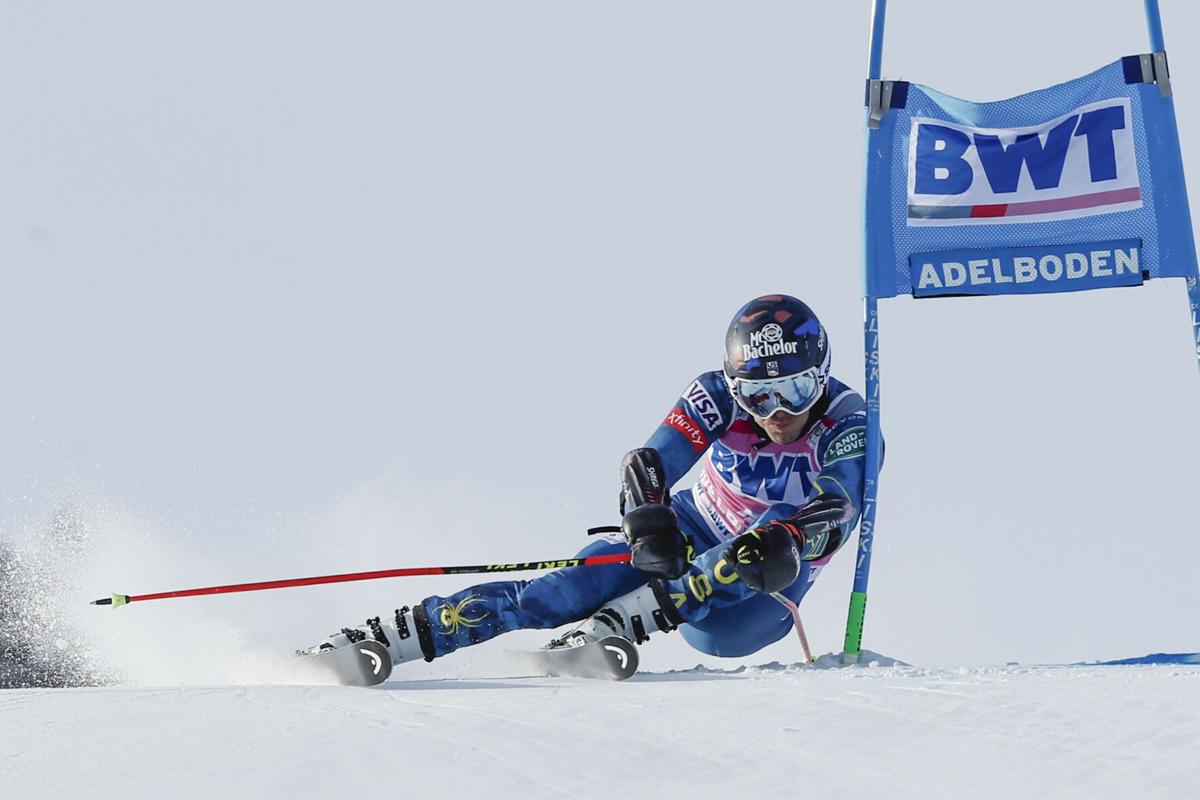 Tommy Ford, of Bend, speeds down the course during a World Cup giant slalom in Adelboden, Switzerland, on Jan. 9. Ford was airlifted to a hospital after crashing three gates from the finish. 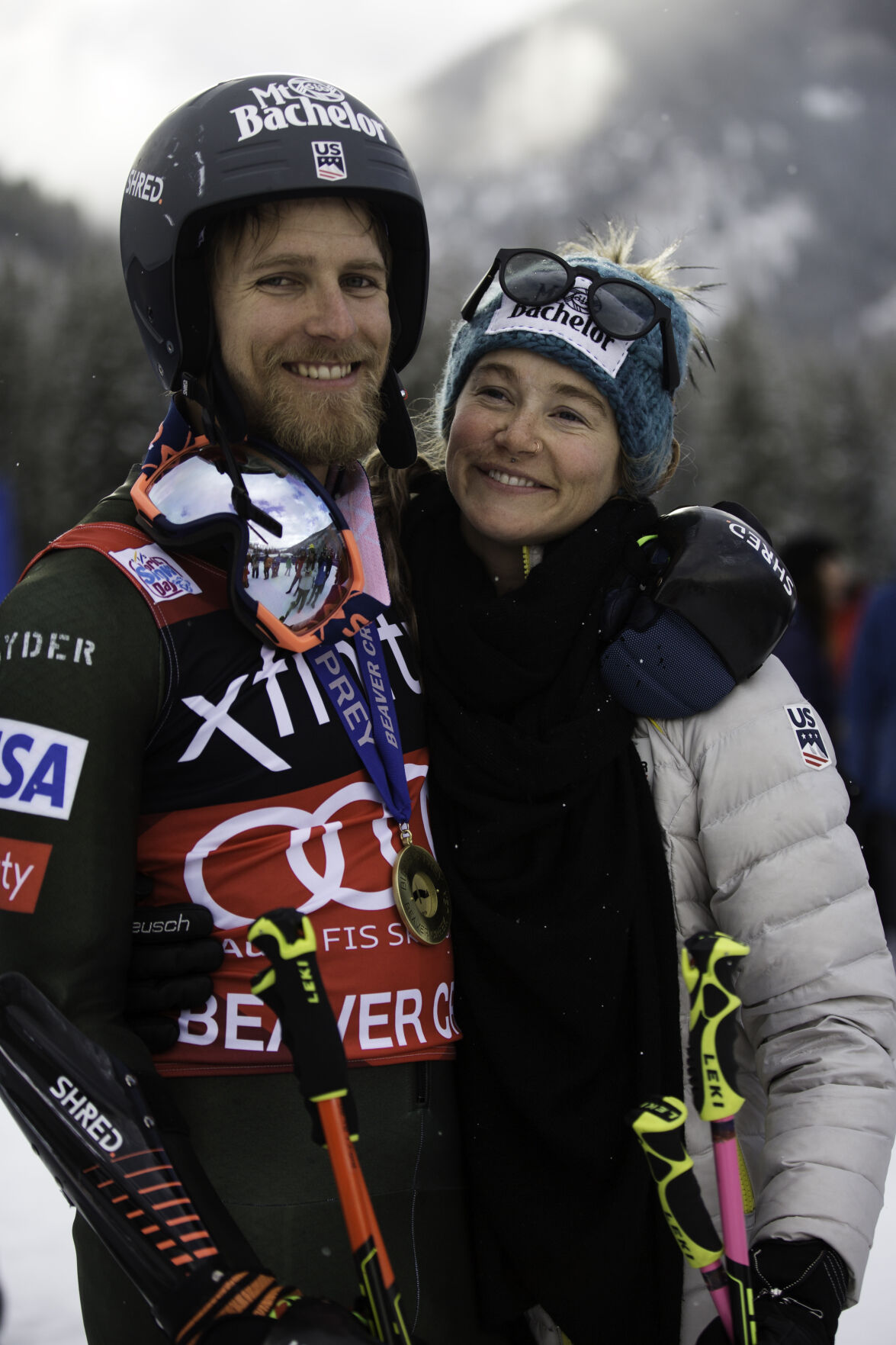 Tommy Ford, of Bend, prepares to start the second run of a World Cup giant slalom in Santa Caterina Valfurva, Italy, in December. On Jan. 9, Ford suffered multiple injuries during a crash at a World Cup race in Adelboden, Switzerland.

Tommy Ford, of Bend, speeds down the course during a World Cup giant slalom in Adelboden, Switzerland, on Jan. 9. Ford was airlifted to a hospital after crashing three gates from the finish.

Tommy Ford has no memory of the horrific crash that ended his World Cup skiing season on Jan. 9.

He does remember waking up in a Bern, Switzerland hospital, and learning of the injuries to his head, right knee and left wrist.

Ford, who can get around on crutches but cannot stay on his feet for long, has been back home in Bend for the past few weeks, getting help and support from his parents and his older brother.

“You learn what a support system is, or become more aware of it, when you’re less capable,” Ford said.

The 31-year-old Ford — a two-time Olympian who was born and raised in Bend — was in the midst of a banner 2020-21 season, posting four World Cup top-10 results in giant slalom, including a podium finish in Santa Caterina, Italy.

He had qualified for the alpine skiing world championships, currently being staged in Cortina d’Ampezzo, Italy.

One of the top ranked racers at the World Cup giant slalom race in Adelboden, Switzerland, Ford crashed three gates from the finish after going wide into rough snow beside the course, according to the Associated Press.

His skis touched and he fell forward, sliding down the hill first on his neck and left shoulder.

Ford knocked over a course-side worker before coming to a stop close to safety nets beside the finish.

He initially lay still with his face against the snow though was soon conscious and talking with medical staff, which he does not remember.

A helicopter landed by the course 20 minutes later to airlift Ford to Bern.

Ford’s longtime girlfriend, Laurenne Ross, also a World Cup skier and two-time Olympian from Bend, was watching Ford race on television as she was preparing to race in her first World Cup in two years after overcoming multiple knee injuries.

“It really threw me for a loop,” Ross wrote via email last week from Cortina d’Ampezzo, where she finished 26th on Saturday in the world championships downhill. “Obviously I was incredibly concerned about his head injury, as it was clear he was knocked unconscious. I am usually pretty comfortable watching Tommy ski — he is such a solid and smooth skier — but he was definitely pushing the line, and pushing his skiing … and sometimes you crash when you’re skiing on edge. Needless to say, I was heartbroken for him.”

After a few days in Bern following his crash, Ford traveled to Vail, Colorado, where doctors at the Steadman Philippon Research Institute repaired torn ligaments in his knee and wrist. He is scheduled to return to Vail later this month for additional surgery on his knee. Ford said he tore two ligaments in his right knee and also broke his tibial plateau and meniscus.

He is also continuing to recover from the concussion he sustained.

“I don’t get headaches or anything, but I’ve had limited capacity for stimulation,” he said.

Ford said it is nice to be at his parent’s house in Bend, where he is getting plenty of sleep and rest, and “starting to recover.” He wears a removable splint on his left wrist and his right knee is in a brace, which he can remove every so often.

He added that it is far too soon to discuss a timeframe for a possible return to ski racing or for making a bid for his third U.S. Olympic Team. The 2022 Winter Olympics in Beijing are one year away.

“There’s not too detailed of a timeframe right now because I have to get surgery again,” Ford said. “I should be more weight-bearing by March. That’s about all I really know. It’s still pretty early. I haven’t gotten too far with the emotional side of things and all that.”

Even though Ross has continued racing in Europe and Ford has been home in Bend, the two have been able to discuss Ford’s injuries and his approach to rehabilitation. Ross, 32, has endured 10 surgeries over her ski career, three of them major knee surgeries.

Ross said she believes Ford will take his time and return to snow when he is “truly ready.”

“Hopefully it will be in time to race next season, but we’ll just have to wait and see,” Ross said. “I am here for him, every step of the way, regardless. I do have some insight that I’ve been sharing, but everybody is so different when it comes to healing and processing. So I am just trying to support Tommy in whatever way he needs me to be there, in whatever way he wants to approach his recovery. It’s his journey, and although I can offer advice, I know we are very different people, very different skiers, and often have different perspectives on injury and recovery.”

Ross added that the most important things for Ford to focus on right now are “rest, recovery, and reflection.”

“It’s important to consider if you’re willing to go through another injury (such as the one he’s recovering from now), because that is always the chance you take when you push out of the starting gate in ski racing,” Ross said. “But first, he needs to focus on healing.”