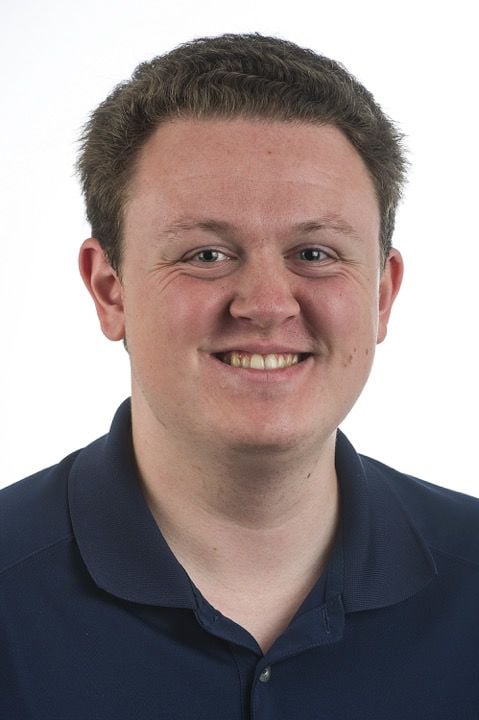 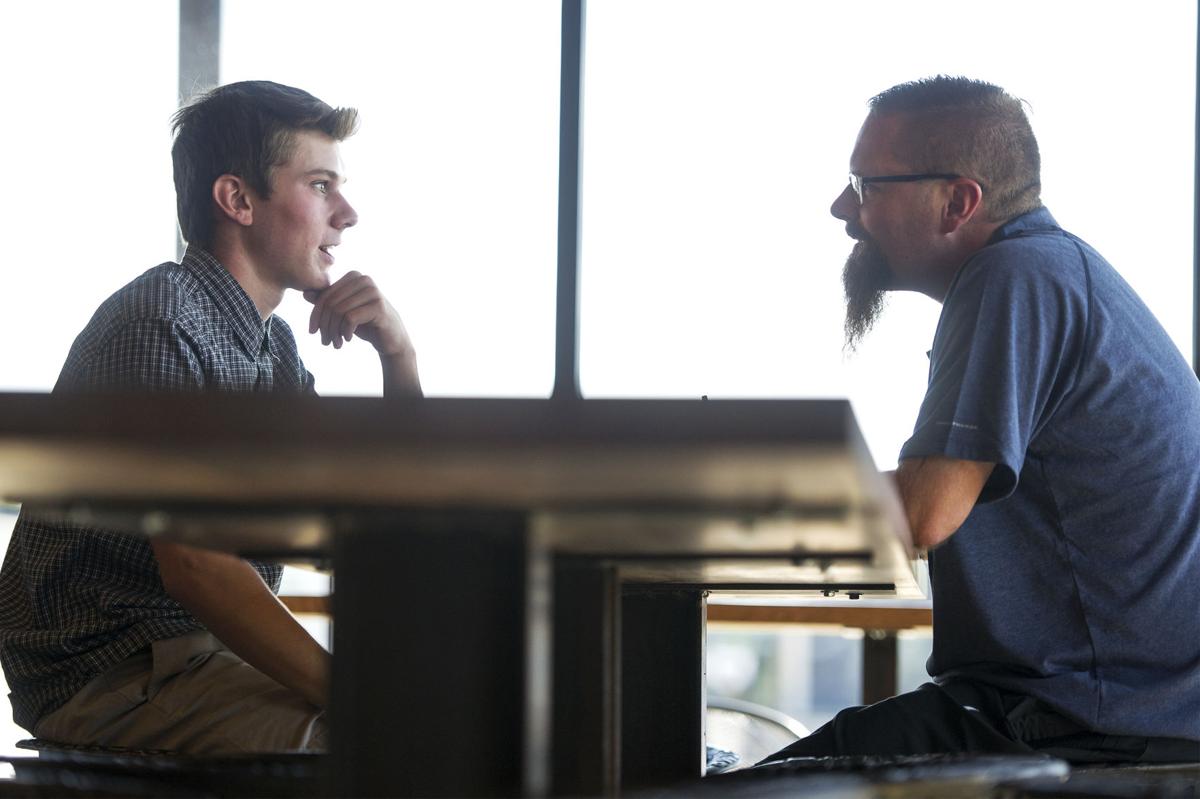 Josh Cordell, right, talks with Will Fleck, an athlete on the Summit High golf team, during a meeting at Thump Coffee in Bend on Saturday.(Ryan Brennecke/Bulletin photos) 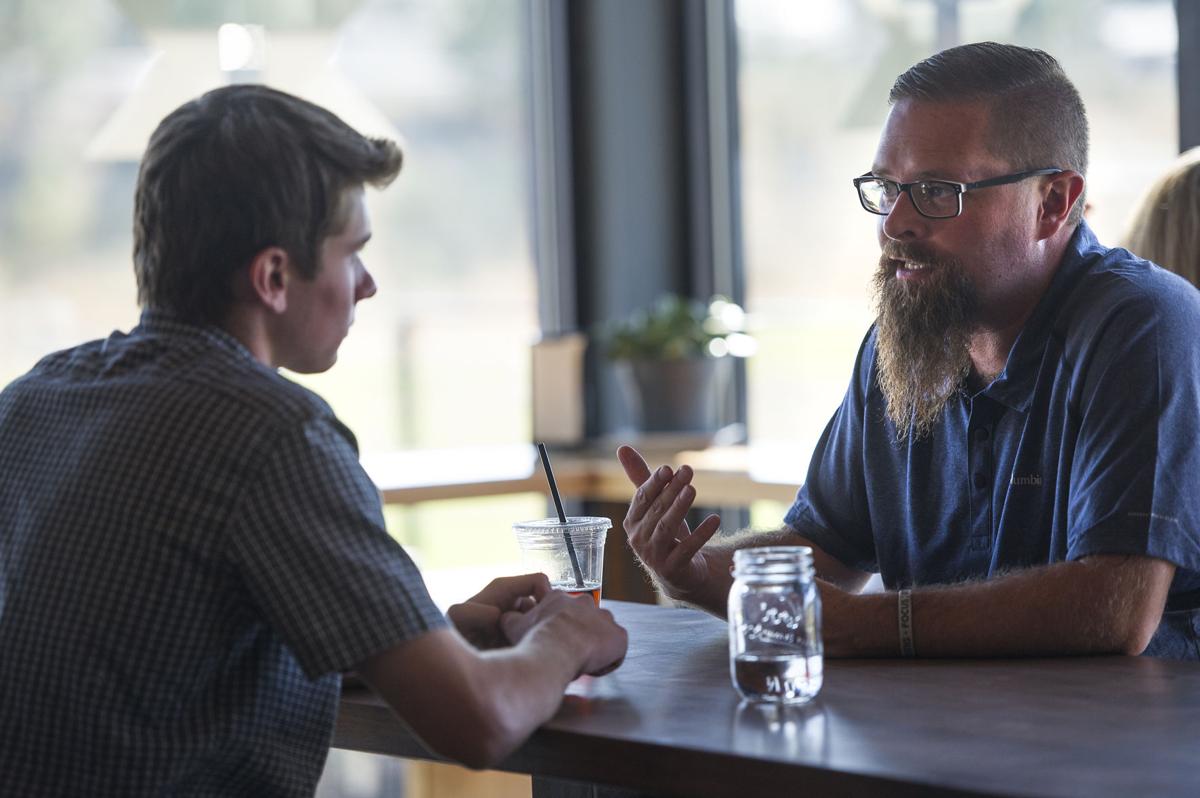 ORIG 09/01/18 Josh Cordell talks with Will Fleck, an athlete on the Summit High School golf team, during a meeting at Thump Coffee on Saturday, Sept. 1, 2018. (Ryan Brennecke/Bulletin photo) 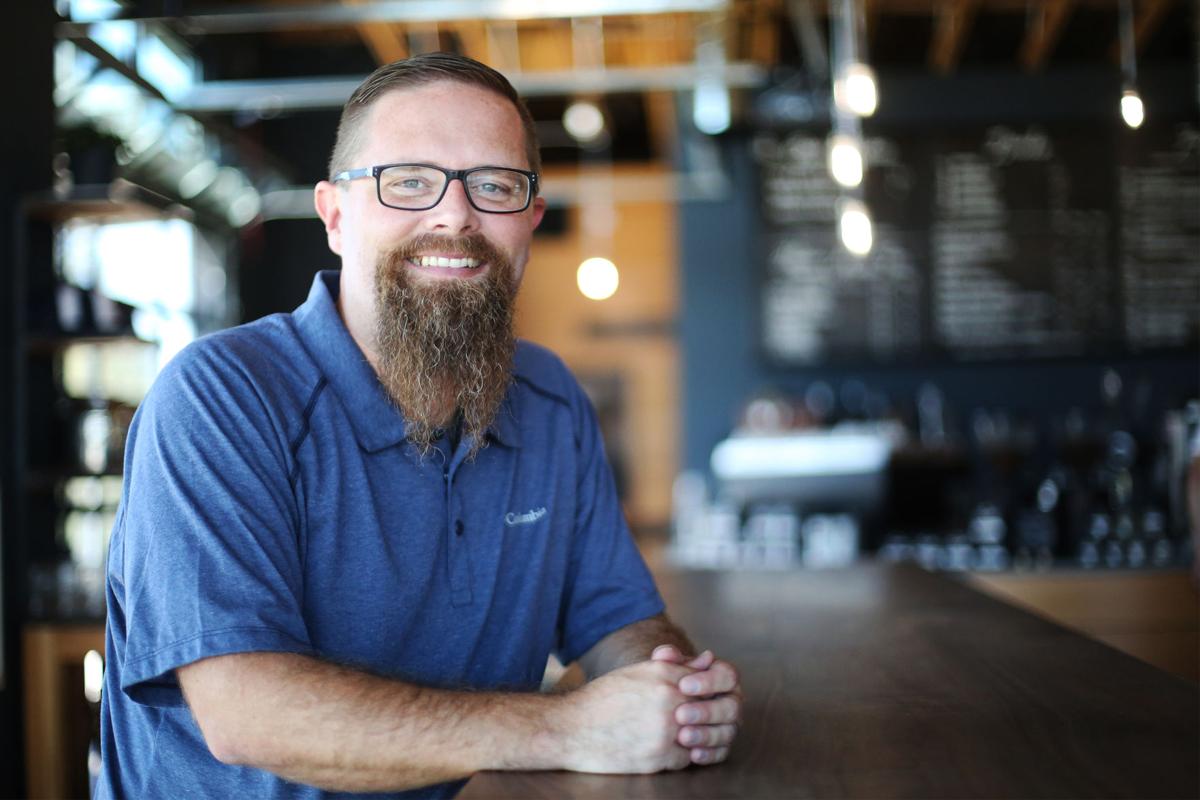 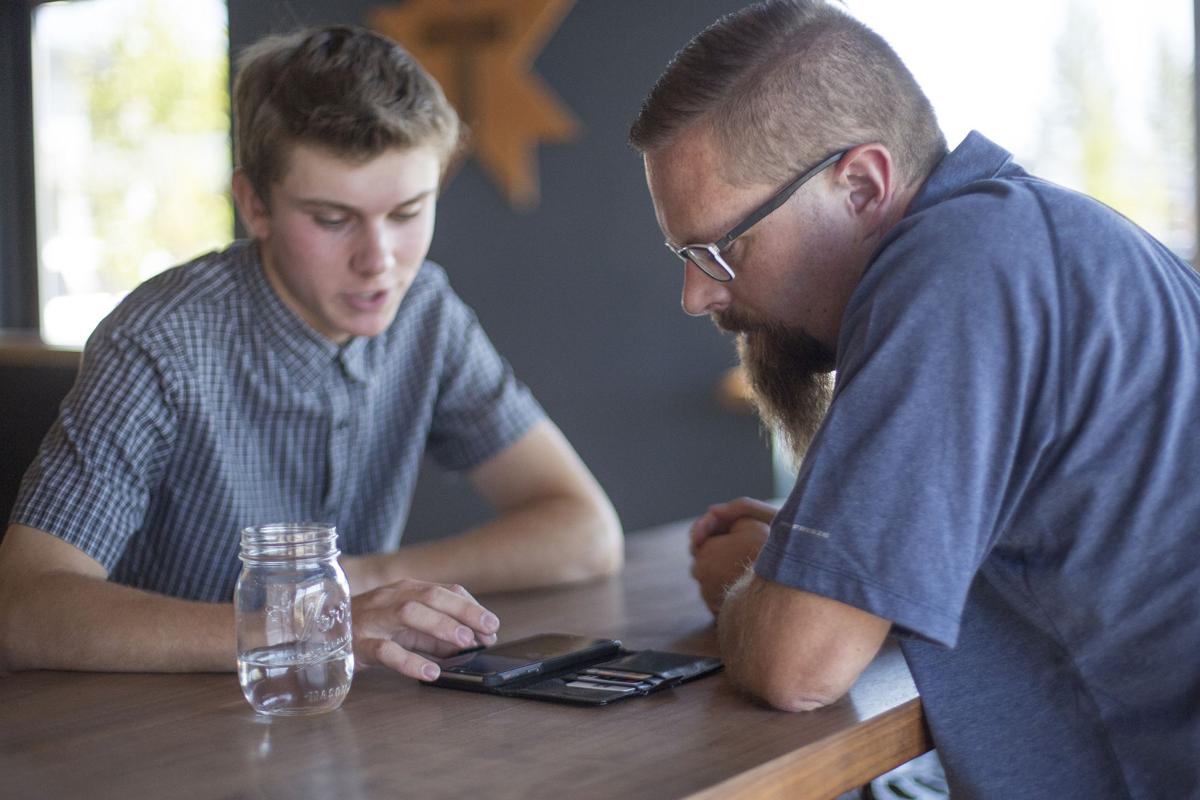 ORIG 09/01/18 Will Fleck, a member of the the Summit High School golf team, shows Josh Cordell a video of his swing while talking about golf during a meeting at Thump Coffee on Saturday, Sept. 1, 2018.(Ryan Brennecke/Bulletin photo)

Josh Cordell, right, talks with Will Fleck, an athlete on the Summit High golf team, during a meeting at Thump Coffee in Bend on Saturday.(Ryan Brennecke/Bulletin photos)

ORIG 09/01/18 Josh Cordell talks with Will Fleck, an athlete on the Summit High School golf team, during a meeting at Thump Coffee on Saturday, Sept. 1, 2018. (Ryan Brennecke/Bulletin photo)

ORIG 09/01/18 Will Fleck, a member of the the Summit High School golf team, shows Josh Cordell a video of his swing while talking about golf during a meeting at Thump Coffee on Saturday, Sept. 1, 2018.(Ryan Brennecke/Bulletin photo)

High school athletes are under a lot of pressure. The expectations, commitment and social dynamics of participating in sports can sometimes weigh on a young person’s psyche, exacerbating the challenges that already exist during a formative time.

There is no better way, in my opinion, for young people to build character and make friends than through sports. I have made lifelong friends because of my involvement in sports and have developed skills that are still relevant in my day-to-day life.

But what so often goes unnoticed are the internal struggles athletes face, particularly during high school. The conversation about mental health in sports is picking up thanks in large part to NBA stars Kevin Love and DeMar DeRozan, who have been outspoken about their own struggles, and it is imperative that the conversation extends to prep sports.

Josh Cordell is on the front lines of this endeavor. The longtime boys tennis coach at Bend’s Summit High is stepping down after 17 years (and eight state championships) to pursue a full-time career in life coaching. He came to the decision after his wife suggested he start mentoring kids one-on-one.

“The part that I loved about coaching was working with kids and helping them set goals and deal with pressure,” Cordell says. “It became less, for me, about hitting a tennis ball and so much more about trying to build people up and help them develop.”

Cordell recalls that during the 2018 season, former Summit tennis player Logan Hausler was going through a rough patch. He lost an important match — on his birthday, no less — and told Cordell he wanted to quit tennis altogether. After Cordell advised him to not worry about the pressure and have fun with the sport, Hausler’s outlook steadily improved. He went on to win an individual state championship that same season.

Cordell, 39, says he has a growing list of more than 60 clients that includes a variety of age groups and athletic abilities. The common thread among the kids he works with, he says, is the desire to talk with someone about their problems and aspirations.

Their meetings — at coffee shops, homes and Bend Hoops, the local basketball and training facility where Cordell works part time — foster honest, open discussion, something that a coach or parent might not always have the time to provide.

“We’d all like to do more of that with our own kids or athletes we supervise, but there’s only so much time,” explains Cordell, the father of two daughters. “As a parent myself, I understand that a voice that isn’t mine is a really effective voice for my kids.”

It is important to end the stigma of talking to someone about how you are feeling. This goes far beyond the world of sports, but it is equally relevant for athletes who might feel weak for doing so, or who worry about what others might think. This is perhaps especially true for young men, who too often internalize their emotions until doing so leads to potentially self-destructive behavior.

Young athletes are always taught to be “mentally tough” and “overcome adversity,” but that journey does not have to happen alone.

In the digital age, it is easier than ever before to connect to those we care about. Social media has myriad benefits for this generation of kids, but the drawbacks — cyberbullying and peer pressure chief among them — can be detrimental to their mental health. Mine is one of the first generations to navigate those challenges.

Cordell says unplugging and having a real conversation is beneficial for young people, especially those involved in sports.

“Kids right now feel a great deal of pressure and stress and anxiety, and so much of it is based on screens,” he says. “Real-life connections that include sitting down and talking face-to-face, I think that goes so far.”

The conversation continues, but this is only the beginning. Life coaches like Cordell are part of a larger movement going on in this country, one of acceptance and acknowledgment that no one is immune to internal struggles. Young athletes are no exception.