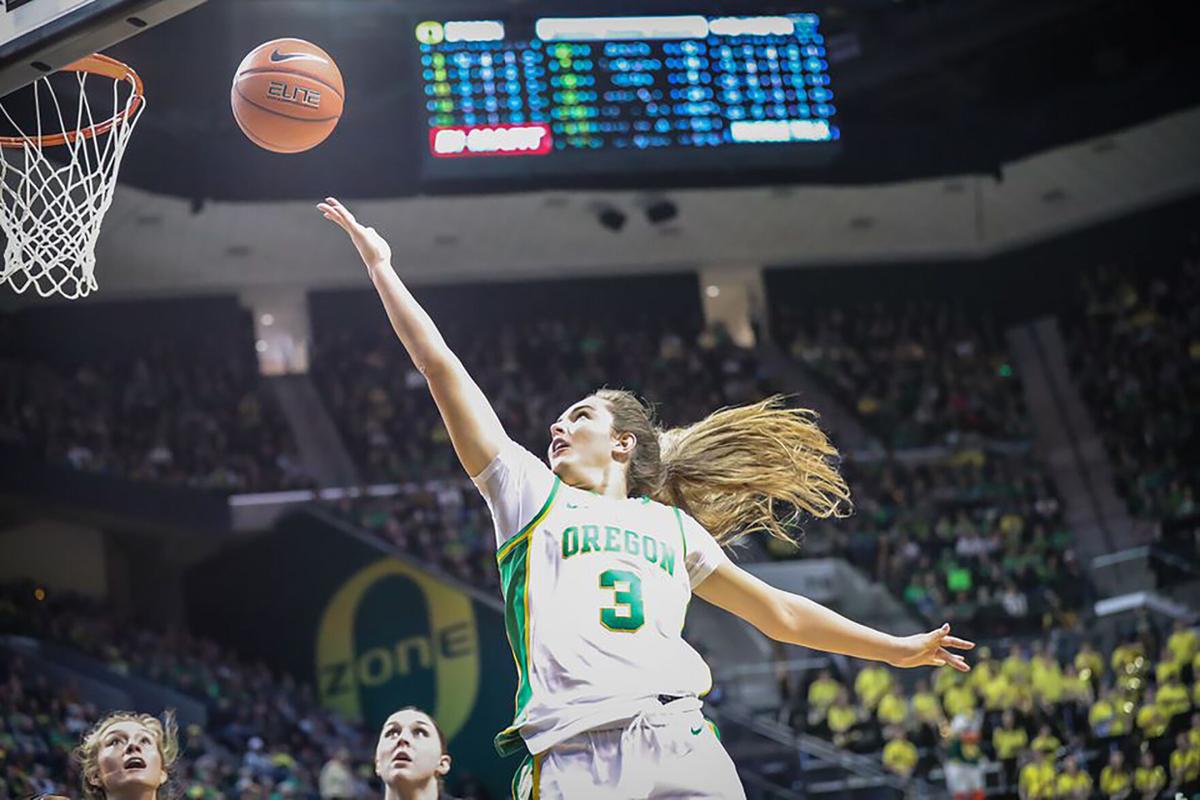 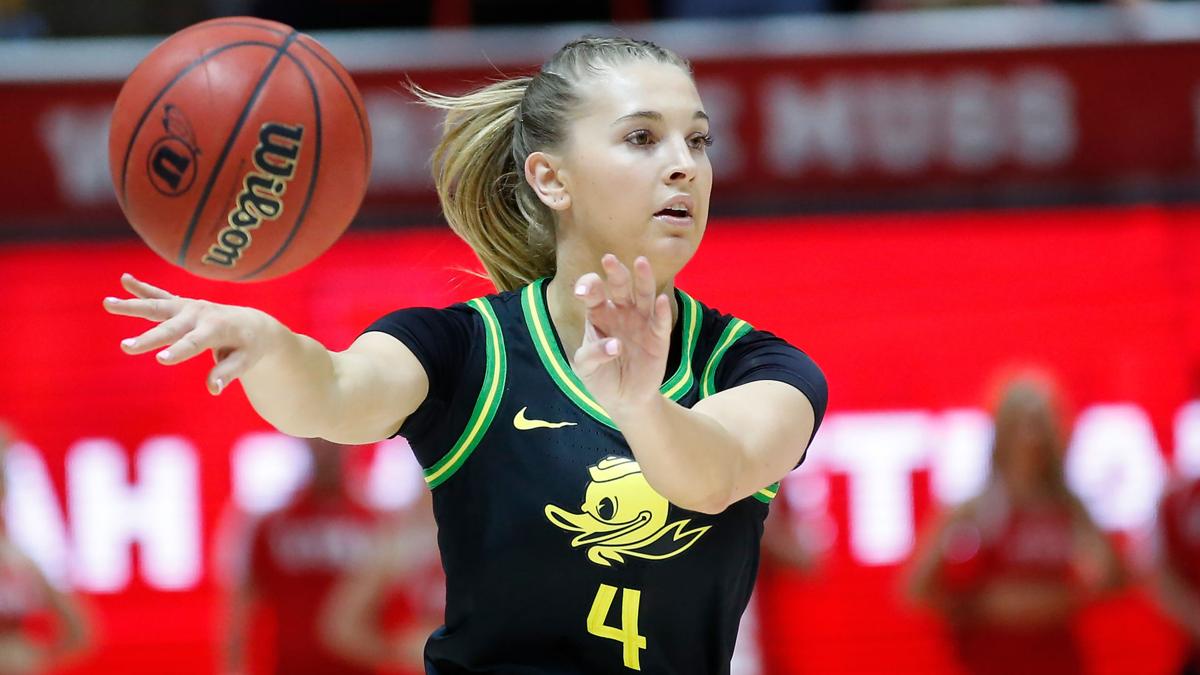 Oregon’s Jaz Shelley passes the ball during a game against Utah in January 2020. Shelley is entering the transfer portal, it was reported on Wednesday.

Arizona head coach Sean Miller questions a call during a game against Oregon in Eugene in March. Arizona announced on Wednesday that it has parted ways with Miller as the program awaits its fate in an NCAA infractions investigation.

Oregon’s Jaz Shelley passes the ball during a game against Utah in January 2020. Shelley is entering the transfer portal, it was reported on Wednesday.

Arizona head coach Sean Miller questions a call during a game against Oregon in Eugene in March. Arizona announced on Wednesday that it has parted ways with Miller as the program awaits its fate in an NCAA infractions investigation.

Chavez, Shelley entering transfer portal, leaving Ducks women’s team — Oregon is losing one of its best guards and most veteran players, as well as one of its best shooters. Taylor Chavez, who averaged 4.1 points, 2.1 assists and 1.9 rebounds in 19 minutes over 19 games this season has entered the transfer portal, according to a source with knowledge of the situation. She’s the second player to announce she’s leaving the Ducks this offseason, joining fellow guard Jaz Shelley. Shelley, who averaged 4.0 points, 1.9 assists and 1.7 rebounds in 17.6 minutes through 22 games this season, announced Wednesday she’s entering the transfer portal.

Arizona parts ways with coach Miller — Arizona had stuck by men’s basketball coach Sean Miller through an NCAA infractions investigation that stretched nearly four years. When the school didn’t extend his contract beyond next season, it became clear a decision would need to be made. The wait came to an end Wednesday when the school announced Miller was leaving after 12 seasons and associate head coach Jack Murphy will serve as interim head coach. Miller and the Wildcats have been in the NCAA’s crosshairs since being ensnared in a 2017 FBI investigation into shady recruiting practices. The case is currently going through the Independent Accountability Resolution Process. Arizona issued a self-imposed postseason ban this year and finished 17-9 (11-9 Pac-12). The school said it will honor the final year of Miller’s contract.

Mariners’ Paxton, Fraley go on 10-day IL — The Seattle Mariners placed left-handed starter James Paxton on the 10-day injured list Wednesday with a forearm strain in his pitching arm. Seattle also put starting left fielder Jake Fraley on the 10-day IL with a left hamstring strain he suffered while making a diving catch in Tuesday’s loss to the Chicago White Sox. Manager Scott Servais said both players underwent MRIs on Wednesday morning and the team was still awaiting results. Paxton left in the second inning after just 24 pitches, grimacing after throwing a 92 mph fastball . Seattle recalled outfielder Braden Bishop and right-hander Ljay Newsome from its alternate training site to take the roster spots of both players. Newsome will move into the bullpen and Nick Margevicius will take Paxton’s spot in the starting rotation. On Wednesday the Mariners used a seven-run sixth inning to beat the White Sox 8-4 to avoid a series sweep. Seattle heads out for its first road trip of the season to face the Minnesota Twins beginning Thursday.