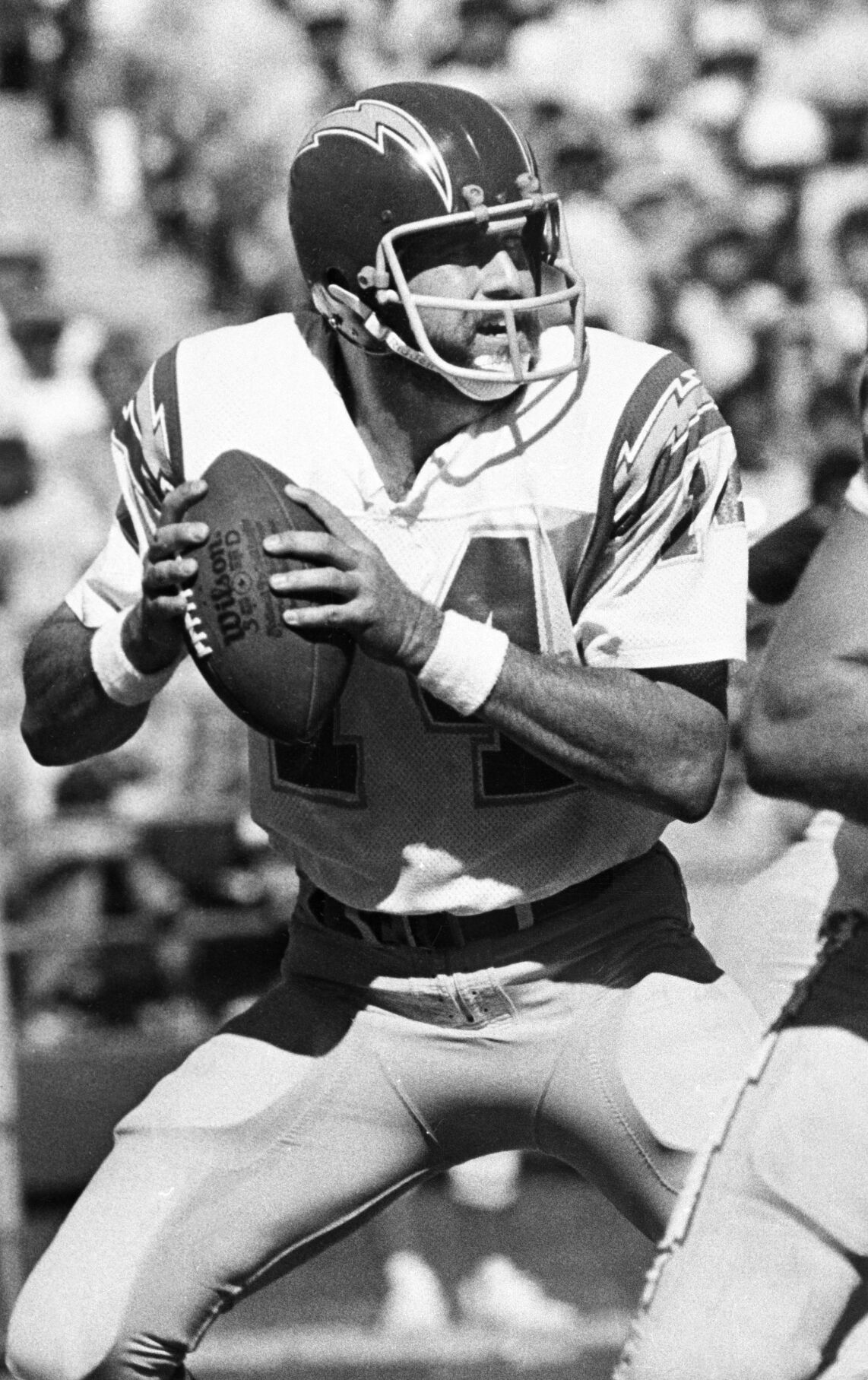 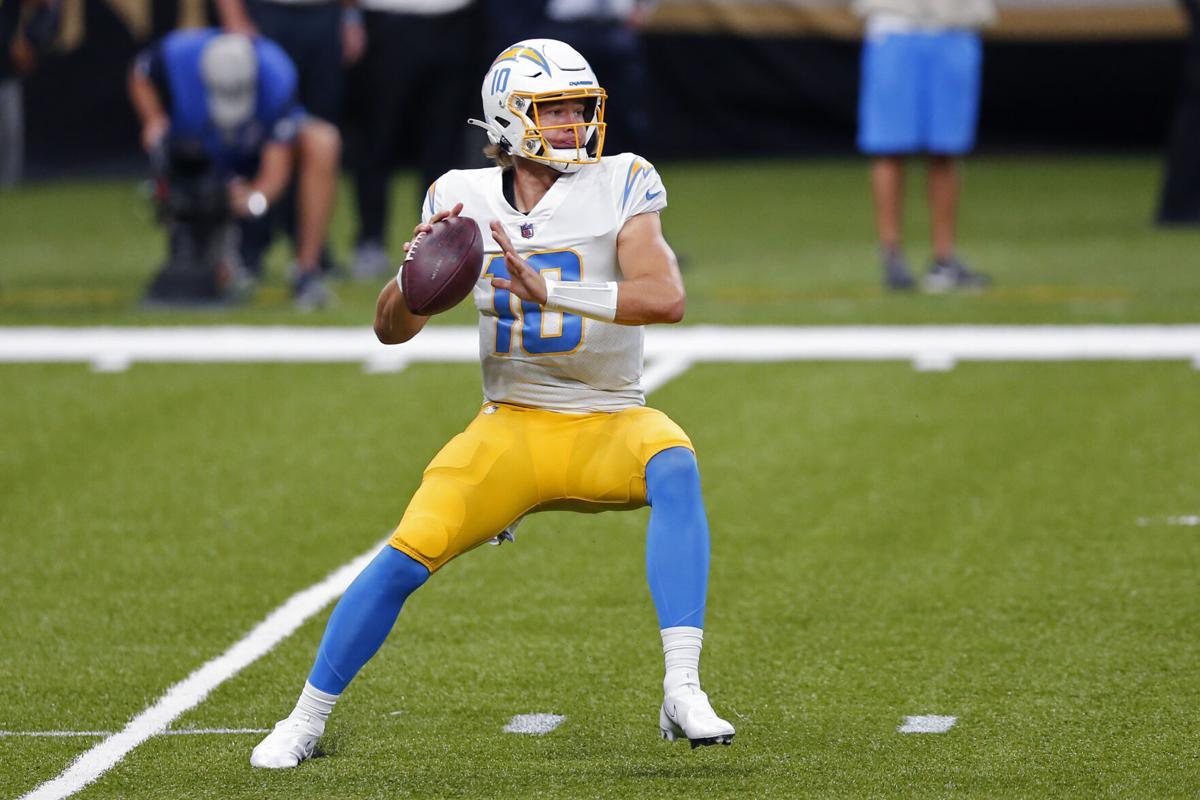 Los Angeles Chargers quarterback Justin Herbert (10) passes in the first half of an NFL football game against the New Orleans Saints in New Orleans on Monday. 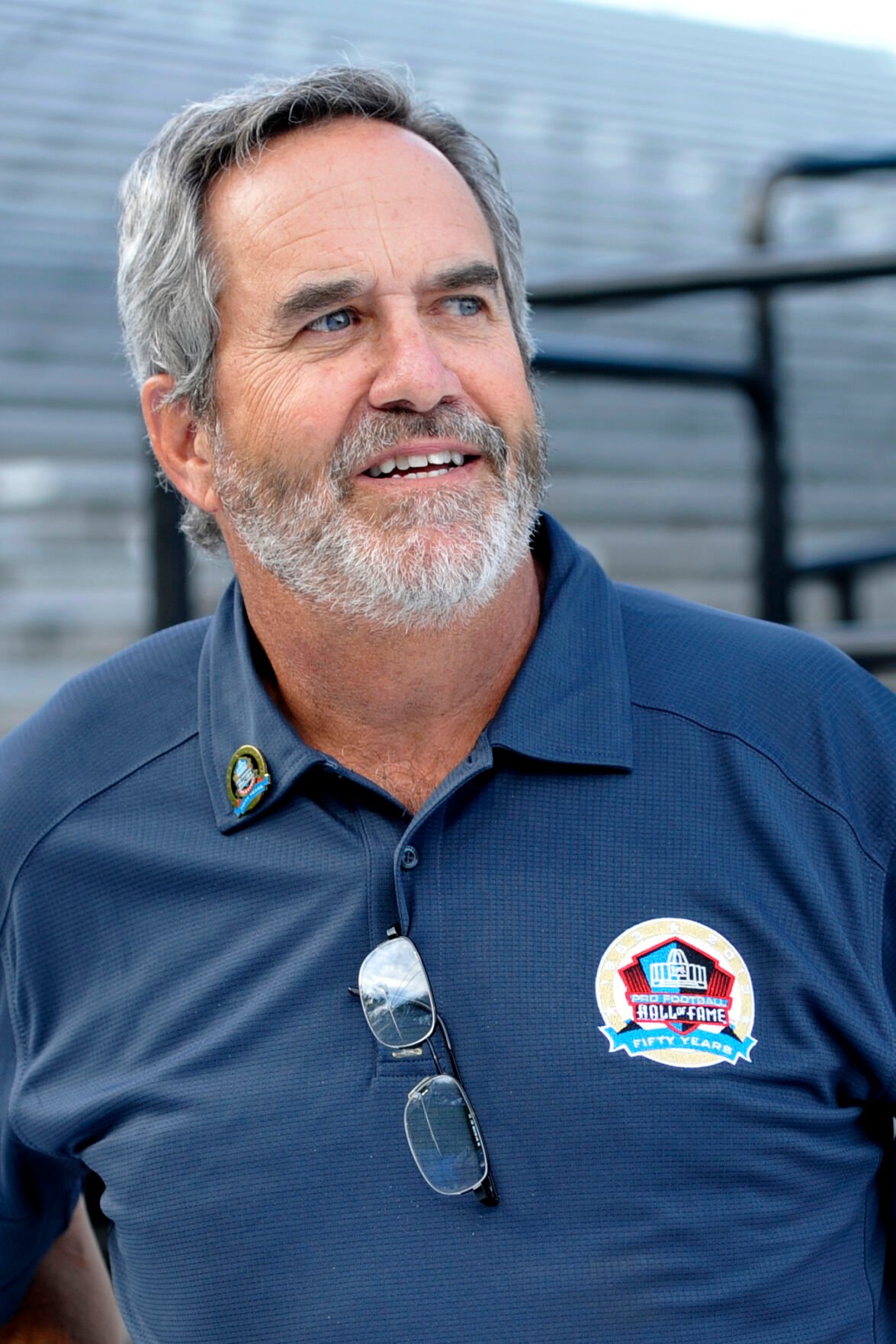 Former NFL football player Dan Fouts, of Sisters, went into a long career in broadcasting after his playing days for the San Diego Chargers.

Los Angeles Chargers quarterback Justin Herbert (10) passes in the first half of an NFL football game against the New Orleans Saints in New Orleans on Monday.

Former NFL football player Dan Fouts, of Sisters, went into a long career in broadcasting after his playing days for the San Diego Chargers.

Dan Fouts can relate to Justin Herbert — and not only because Fouts played for the same college and pro football teams as the young quarterback.

Fouts — the longtime Sisters resident who starred as a quarterback at Oregon (1970-72) before his Hall of Fame NFL career with the San Diego Chargers (1973-87) — has enjoyed watching Herbert start at quarterback the last four games for the now Los Angeles Chargers.

The former Oregon star, who was drafted sixth overall by the Chargers last spring, has thrown for 1,195 yards, with nine touchdowns and three interceptions, in those four games — but he has yet to win.

Fouts has been watching. “I’m just a fan of both teams,” Fouts says of Oregon and the Chargers. “And a real fan of Justin’s. Because I played the position, I see there’s so many things he’s doing, and experiences that I had that I can relate to and empathize with him on certain things — especially losing early in your career. But he certainly is playing like a winner.”

Fouts, 69, started his career with the Chargers in 1973 but did not reach the playoffs until 1979. He led the NFL in passing yards four straight years from 1979 to 1982, and he became the first player in league history to throw for 4,000 yards in three consecutive seasons. One of the most prolific NFL passers of the ’70s and ’80s, he made six Pro Bowls and in 1993 was inducted into the Pro Football Hall of Fame.

Fouts, who moved to Sisters in the late ’70s when he was playing for the Chargers, is not surprised by Herbert’s early success in the NFL.

“He’s got it all at a very early age,” Fouts says of the former Sheldon (Eugene) High star. “He’s a brilliant young man with tremendous athletic ability, and the willingness to take the shot and let the ball fly. Everything he’s doing is what you want your quarterback to do. I knew he was better than the guys taken before him (in the draft), and his upside is really unlimited. But the fact that the Chargers did take him, it just makes it that much more special.”

Fouts says he communicates with Herbert via text often, offering his “two cents.”

“I don’t want to burden him,” Fouts says. “Because his burden is huge. People have no idea what goes into being a starting quarterback on an NFL team, as far as the day-to-day. So, I’m there if he needs me, and he knows that.”

Fouts, as well as Herbert’s teammates, were particularly impressed with Herbert’s performance in a 30-27 overtime loss to the Saints on Monday night, when the rookie quarterback threw for 264 yards and four touchdowns, with no interceptions.

“He still hasn’t gotten that first win as a starter but he has been playing out of this world,” Chargers tight end Hunter Henry told The Associated Press.

“He obviously can make every throw on the field,” Fouts says. “But it’s the way you place the ball for the receiver, that makes it easy for the receiver, but it also gives the receiver a chance to do something with the ball after the catch … catching it in stride. I think he’s developed that at a very early stage.”

In April, CBS informed Fouts that it was parting ways with him.

“The only thing I was told is they weren’t renewing my contract,” Fouts says. “That was the end of the conversation. No reason given.”

Still, Fouts seems to be taking it in stride, working on his golf game and spending time with his wife, daughter and two grandchildren.

“Well, my daughter says I’m taking a gap year,” Fouts says with a hearty laugh. “I think with this virus (COVID-19), it’s a great time to take a gap year. So I’m being diligent. My wife and I are being safe, and as Keith Jackson, my old (broadcast booth) partner would say, ‘we’ve hunkered down.’”

After 32 years as a broadcaster, Fouts is not ready for retirement. He says he is open to other offers, but it must be the “right situation.”

“It’s been in my blood since my dad (Bob Fouts) was the voice of the 49ers and a longtime Bay Area announcer,” Fouts says.

So, would the former Duck and Charger prefer college football or the NFL?

“I get that question a lot,” Fouts says. “There’s advantages to each sport.”

He adds with a laugh, “Normally, the hotels are better in the NFL. But it’s all fun. It’s just a great gig.”

Over the years, Fouts has worked with legends of football broadcasting such as Jackson, Verne Lundquist, Brent Musburger, Al Michaels, Jim Nance and Dick Enberg.

“I worked with the very best,” Fouts says, “and that’s been a real blessing for me, to have had that type of experience.”