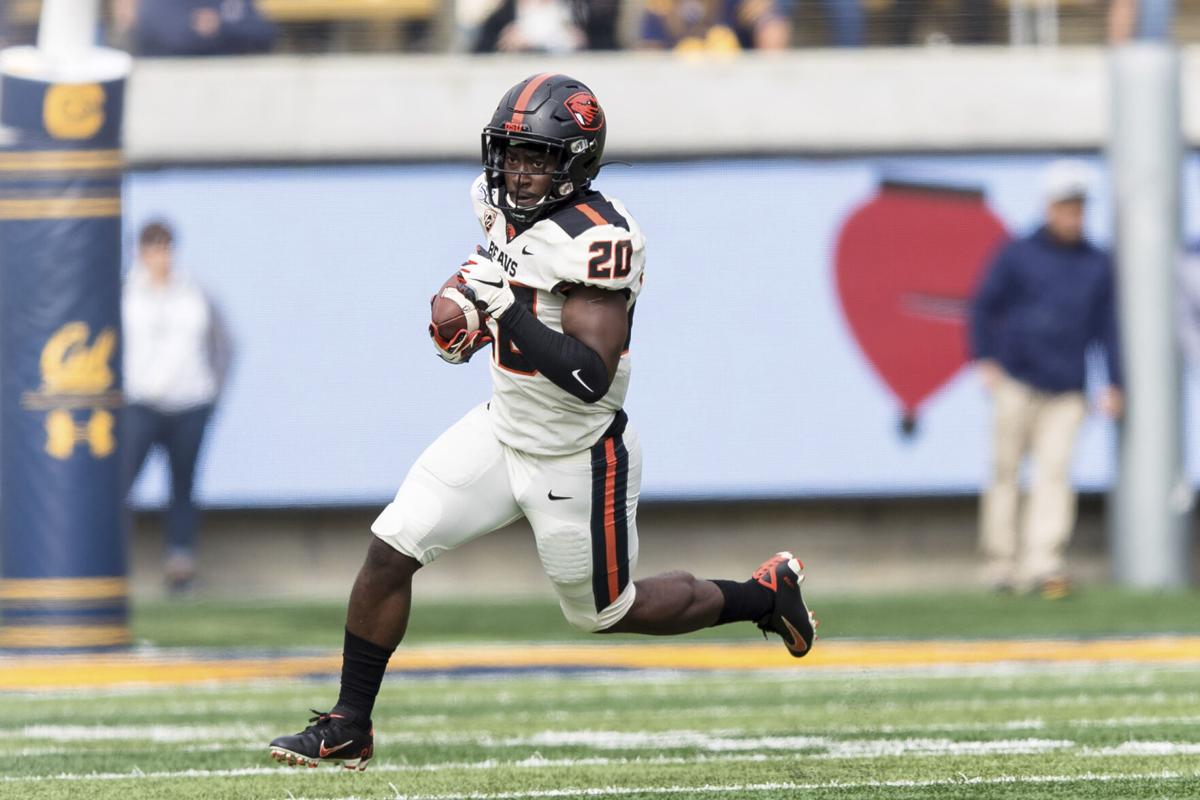 Oregon State Beavers running back B.J. Baylor carries the ball against the California Golden Bears during a game in Berkeley, California, in October 2019. Baylor is among the players who have caught coach Jonathan Smith’s eye in fall camp ahead of the abridged 2020 season. 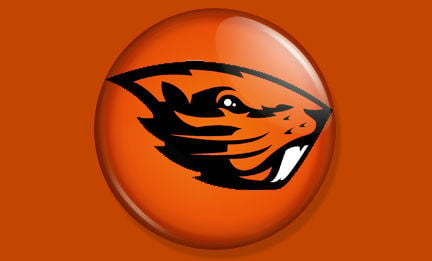 Oregon State Beavers running back B.J. Baylor carries the ball against the California Golden Bears during a game in Berkeley, California, in October 2019. Baylor is among the players who have caught coach Jonathan Smith’s eye in fall camp ahead of the abridged 2020 season.

Just over a week since it formally began to practice, Oregon State plans to hold the first live football scrimmage of training camp.

Saturday’s scrimmage is largely used to evaluate players and their place on the depth chart. There is plenty to decide, too, as about half the starting berths appear up for grabs, as well as depth among the second team, and special teams.

It comes after two days of practicing in full pads. Friday’s workout in Reser Stadium was helmets and shoulder pads, as coach Jonathan Smith said they kept it short and focused. The Beavers got in some good work on two-minute situations.

Smith said he’s learned this week that his team has improved athleticism and aggressive play on defense, particularly against the running game.

The OSU coach has also witnessed a potential breakout performer in freshman receiver Zeriah Beason. Several coaches have mentioned Beason’s play during the first week of camp. Smith said he could see Beason getting early action this season “if he keeps playing like he’s playing.”

Said Smith of the 6-foot, 197-pound Texan: “You know his skill set athletically, but also his ability to understand the offense and be able to line up in a couple different spots … and be in the right spot at the correct time. I think mentally, he’s not playing like a freshman.”

Among players who caught Smith’s eye in regard to improved strength and/or speed during camp are cornerback Jaydon Grant, receiver Kolby Taylor and running back B.J. Baylor.

Camp briefs: Smith said there is no update on the eligibility status of transfers Trey Lowe and Tre’Shaun Harrison. Both applied for NCAA waivers, and are awaiting word. … Eight days into camp, Smith says no one has sustained an injury of a long-term nature.

Smith wouldn’t divulge names of players who have opted out of the 2020 season. Offensive guard Onesimus Clarke and safety Johnathan Riley are reported to be among those who are out. Smith said “95% of our roster” is out there. Those who opt out are allowed to use the workout facility at times when it’s not in use by the team, and have academic support. They are not allowed to attend practice or be with the team at games.