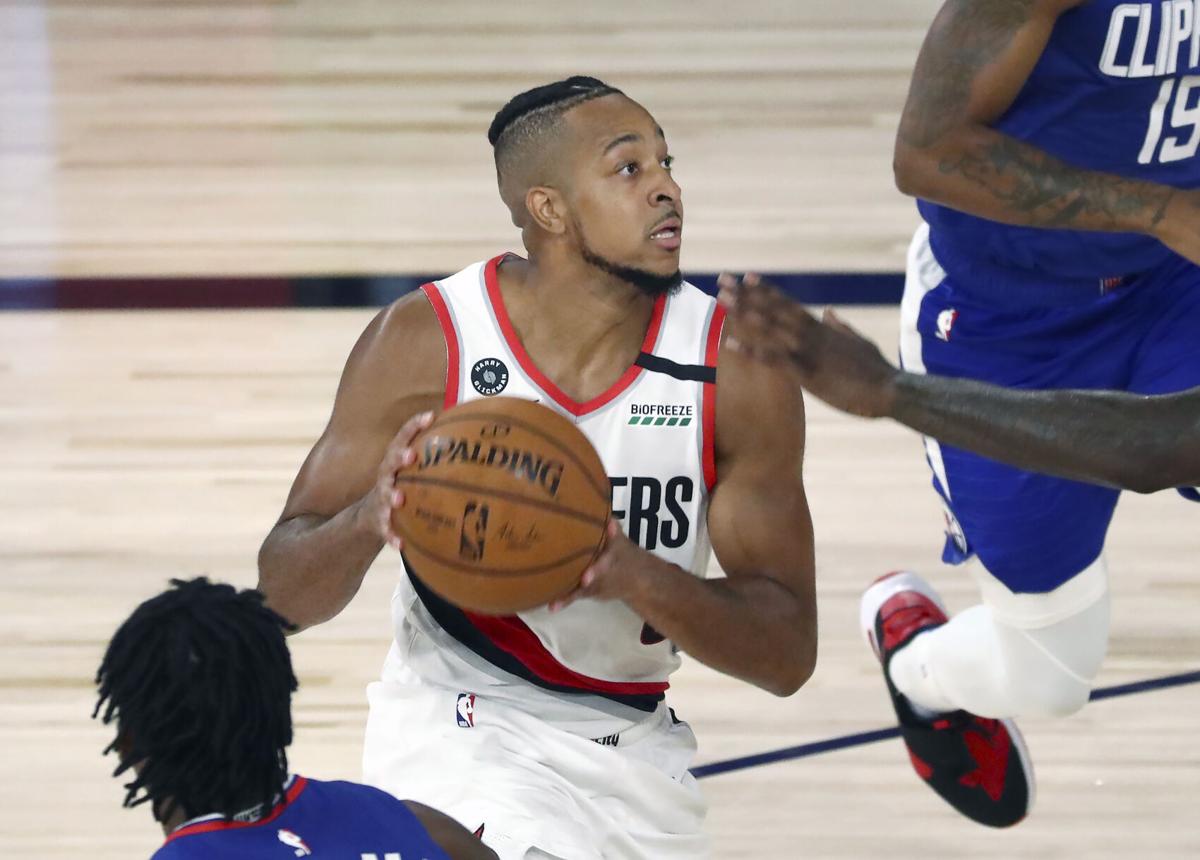 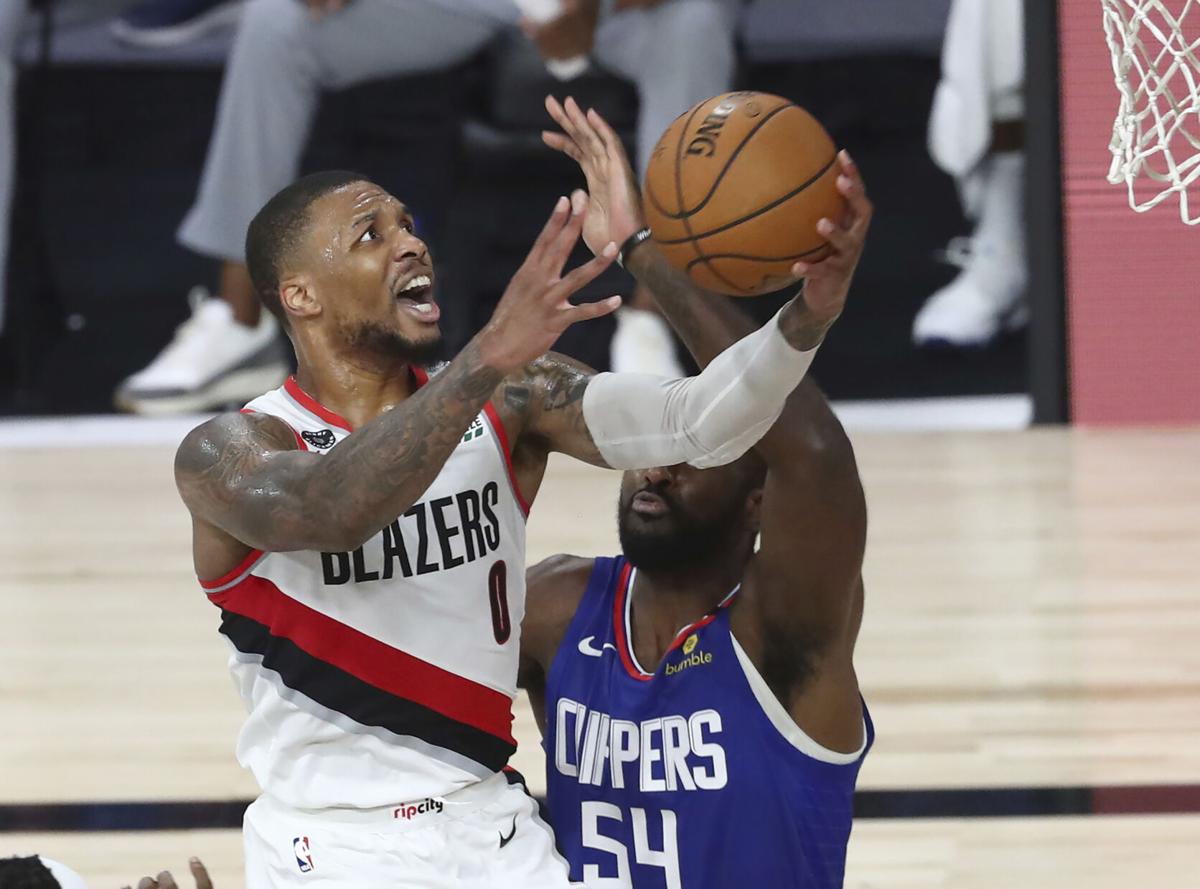 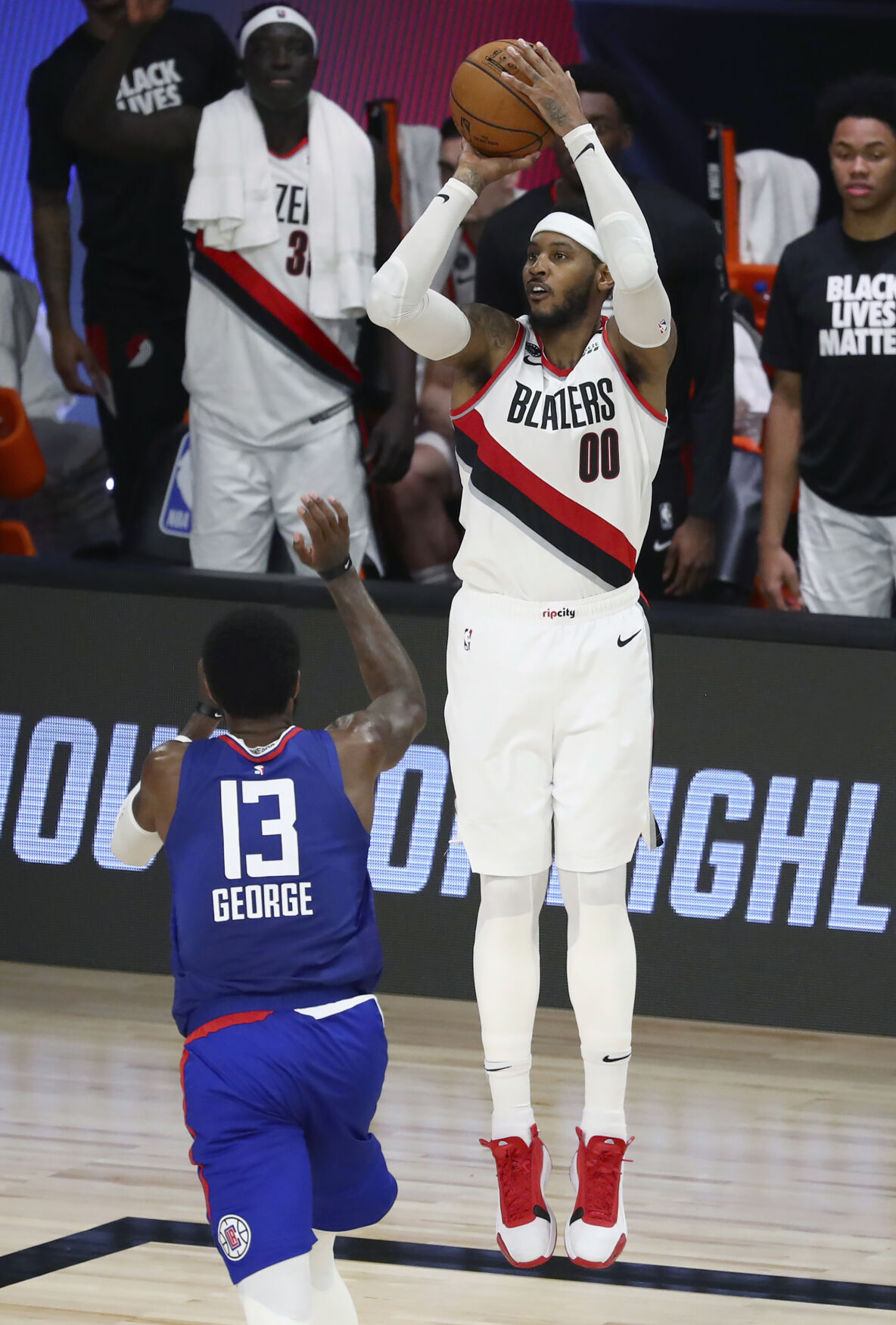 The Portland Trail Blazers failed to take advantage of a Los Angeles Clippers team minus their best player and moved to 3-2 at the NBA bubble following a 122-117 loss Saturday.

“Sometimes I guess that has to happen,” Lillard said of his failure to score late in the game. “But typically, at the end of the game I always feel like I’m going to come up big, just experiencing so many of those moments. I guess sometimes you come up short.”

The Clippers followed normal procedure by sitting All-Star forward Kawhi Leonard (knee soreness) in a back-to-back situation. The Clippers play the Brooklyn Nets on Sunday. That reality should have given the Blazers a clear advantage in this game given how they had been playing when the NBA restarted.

It was over when …

The final two minutes were a nightmare for Portland. It led 115-110 with 2:09 remaining when Lillard drew a charging call on Marcus Morris Sr.

Portland failed to score and then Landry Shamet got inside for a layup with 1:36 remaining to make it 115-112.

Lillard then drove inside and scored a layup with 41.2 seconds remaining.

The Clippers, after using good ball movement by making five passes against Portland’s tenacious defense, finally found guard Terance Mann open for a 3-point basket that he sank to give the Clippers a 118-117 lead with 26.1 seconds remaining.

On Portland’s ensuing possession, Lillard drove the lane and was fouled. That’s when he missed the two free throws. Portland Jusuf Nurkic then committed a foul — his sixth — to stop the clock with 15.5 seconds left.

Lillard brought the ball up on Portland’s next possession and took a deep 3 that hit the front of the rim. The Blazers then fouled Shamet with 3.5 seconds remaining. He made both free throws to essentially end the game.

What the loss means

“We lost a game that we really needed to win,” Lillard said.

Yes, but the Blazers remain in a good spot.

Showed up and showed out

McCollum hadn’t been playing as well as usual over the previous three games since scoring 33 in the bubble opener against Memphis on July 31. Saturday, he found his shooting stroke and scored a game-high 29 points on 11 of 21 shooting, including 6 of 13 from 3-point range. He also had eight assists.

Carmelo Anthony, who struggled Thursday with seven points against Denver, bounced back with 21 and seven rebounds.

Clippers’ forward Paul George led his team with 21 points on 8 of 16 shooting but did not play the final five minutes of the game.

Showed up and fizzled

Lillard finished with 22 points and five assists, but he made just 2 of 10 3-point attempts after Thursday matching his career high with 11 3-pointers in a win over Denver.

Portland scored a season-high 75 points for a half in the first half but managed just 42 points in the second half.

Portland gets right back out on the court Sunday for a 3:30 p.m. game against Philadelphia (42-27). The 76ers will be without All-Star forward Ben Simmons, who is reportedly scheduled to undergo knee surgery and leave the bubble.