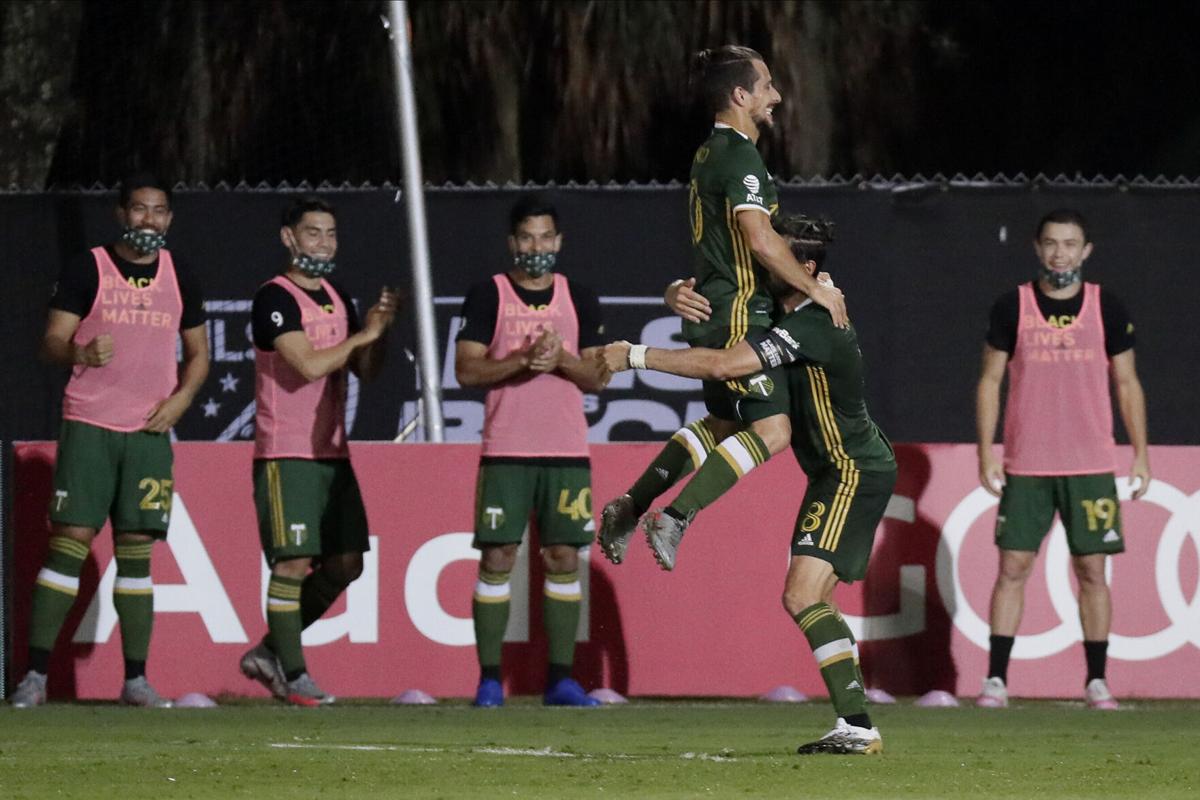 Portland Timbers midfielder Sebastian Blanco, top, celebrates with Diego Valeri during a game against the Philadelphia Union on Wednesday night in Kissimmee, Florida. The goal proved to be the game-winner and allowed the Timbers to advance to Tuesday’s final against Orlando City. 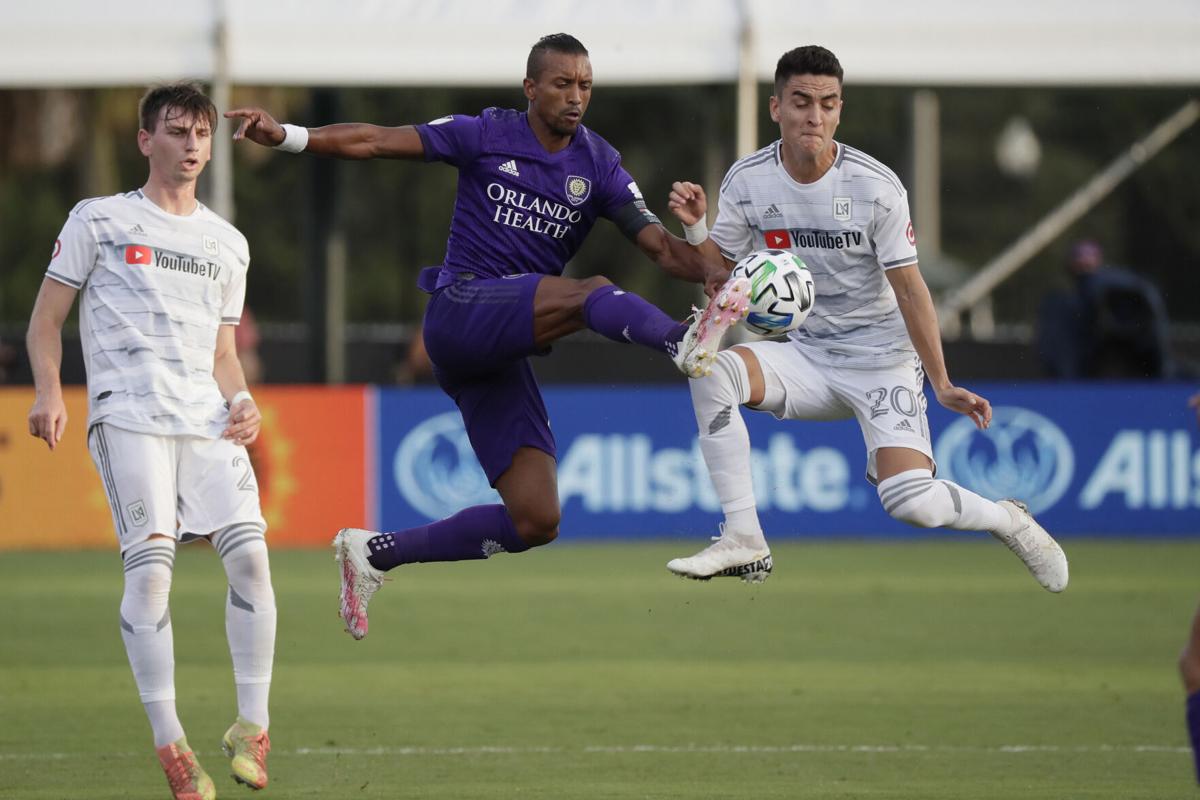 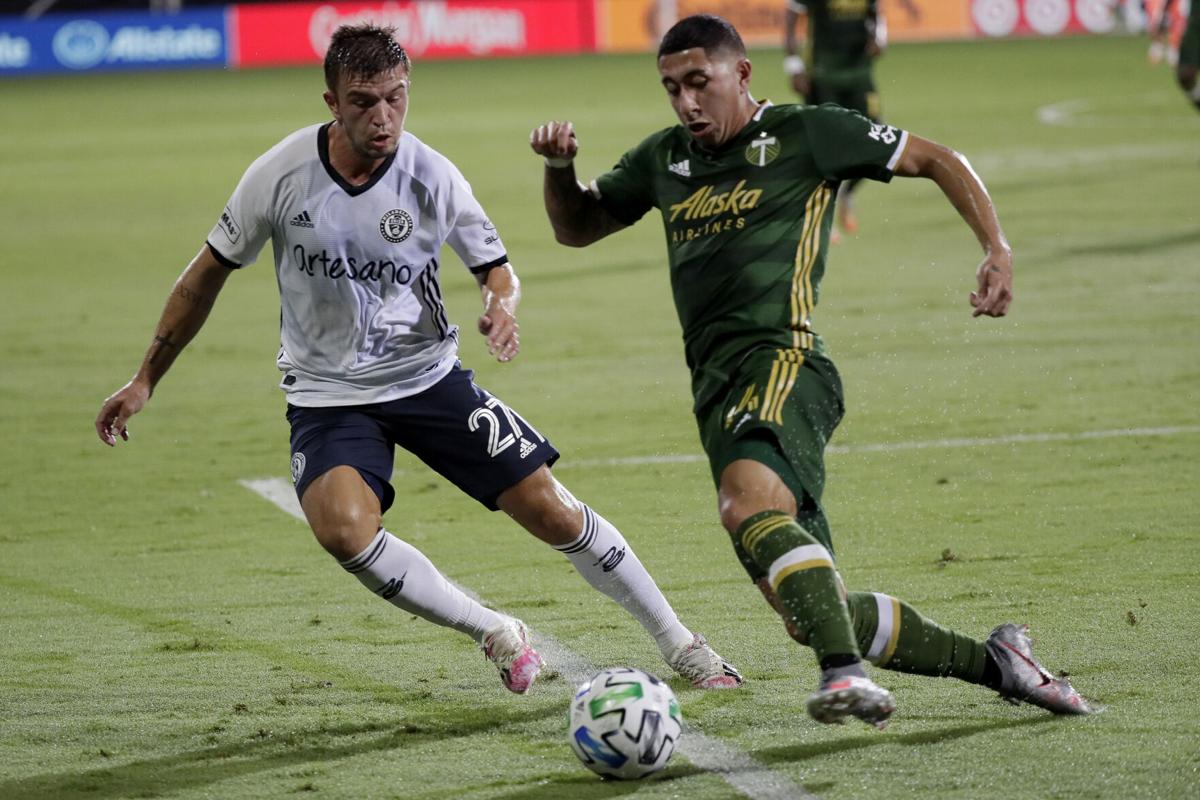 Philadelphia Union's Kai Wagner, left, and Portland Timbers' Marvin Loria battle for the ball during Wednesday night's match in Kissimmee, Florida. The Timbers won 2-1 and advanced to the tournament final, where they will face Orlando City on Tuesday. 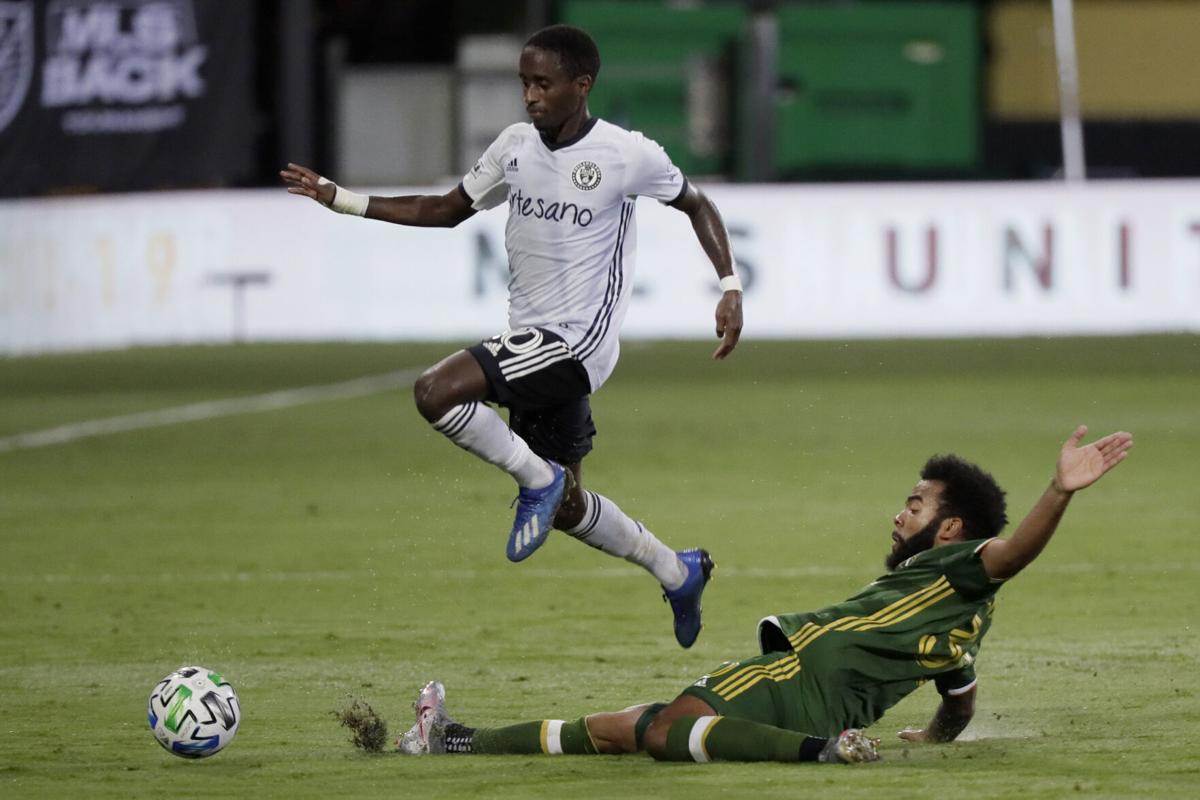 Portland Timbers midfielder Sebastian Blanco, top, celebrates with Diego Valeri during a game against the Philadelphia Union on Wednesday night in Kissimmee, Florida. The goal proved to be the game-winner and allowed the Timbers to advance to Tuesday’s final against Orlando City.

Philadelphia Union's Kai Wagner, left, and Portland Timbers' Marvin Loria battle for the ball during Wednesday night's match in Kissimmee, Florida. The Timbers won 2-1 and advanced to the tournament final, where they will face Orlando City on Tuesday.

The Portland Timbers are back in a final, albeit in a bit of a different fashion than normal.

Portland will play Orlando City SC at 5:30 p.m. Tuesday from the ESPN Wide World of Sports in Lake Buena Vista, Florida. Both teams are undefeated in the tournament, dating back to the beginning of the group stages.

Here’s how each team got here:

The Timbers got out of the gate quickly, taking a two-goal lead on the LA Galaxy in the first game and ultimately winning 2-1. Jeremy Ebobisse and Sebastian Blanco both scored, foreshadowing the big tournaments they have gone on to have.

Portland then beat the Houston Dynamo by the same score, and only had to tie against LAFC to win Group F.

It was in that game when coach Giovanni Savarese’s tactical success came to the forefront. Forward Jaroslaw Niezgoda started for the first time and scored early. LAFC would get two consecutive goals to take the lead before Savarese took off Niezgoda in favor of Ebobisse’s fresh legs. It worked. Ebobisse scored and Portland drew 2-2 to win the group.

In the round of 16, Portland played FC Cincinnati, which was known for its strong defense. Finally, in the second half, Savarese’s tactics broke through for a goal after a number of opportunities. It was Niezgoda who scored, although Cincinnati would answer on a penalty kick after an error by goalkeeper Steve Clark.

Portland ultimately won the game on penalty kicks. Clark redeemed himself with a penalty save .

Savarese’s tactics were again evident in Portland’s quarterfinal win over NYCFC, largely in his decision to bring Diego Valeri off the bench in the second half. The Timbers got a goal from Sebastian Blanco in the first half before seeing the attack take a big jump with the addition of Valeri into the game. Portland won 3-1 after Andy Polo’s goal sealed the game.

In the semifinals, the Timbers played the Philadelphia Union. The game plan appeared to be focused on frustrating Philadelphia’s forwards and getting chances off the counterattack. It worked. While the Union had more shots and possession than the Timbers, Portland won 2-1.

Blanco has been the star for the Timbers in this tournament with three goals and five assists.

The attack has been Portland’s strong suit with 12 goals in six games. Ebobisse leads the team with four goals.

Not having to travel far to the Disney World campus, Orlando City played in the tournament’s opening game, and has had three opponents in common with the Timbers. Orlando emerged as the Group A winner.

Similar to Portland, Orlando won its first two games of the group stages, including a 3-1 win over NYCFC. Orlando scored two goals in the first 10 minutes of that game.

And also, like Portland, Orlando tied in its final group game against a team that was considered among the favorites to win the tournament. In Orlando’s case, that team was Philadelphia.

Orlando began the knockout stage against the Montreal Impact, and won 1-0.

With that win, Orlando advanced to play LAFC . A Bradley Wright-Phillips goal in the 60th minute looked like it would be enough for LAFC. But Joao Moutinho scored in the 90th minute for Orlando to tie the game and send it to penalty kicks. There, Orlando won 5-4 as Nani scored the winner.

It was Nani who also was the key piece as Orlando moved onto the semifinals against Minnesota United. He scored two goals in the first half to put Orlando out to a comfortable margin. The game got close late as Mason Toye scored for Minnesota, but Benji Michel scored in the sixth minute of stoppage time in the second half to seal the 3-1 win.

Orlando has scored 11 goals in six games and has two players tied for the team lead with three goals each — Nani and Chris Mueller. Nani is also second overall in the tournament with three assists. Blanco’s five assists have him tied for first.

Buoyed by the MLS is Back tournament and confident of its coronavirus protocols, Major League Soccer will resume its regular season with teams playing in their home cities.

A majority of games will be played without fans because of local regulations. Teams will be subject to a rigorous testing protocol and will use charter flights or buses.

“We believe we have a good plan, we believe our players and our staff are focused on adhering to our protocols, and if we’re able to do that, we ought to be able to get our games in," MLS Commissioner Don Garber said Saturday during a conference call. "And if we can’t do that in a way that’s safe, and one that’s ensuring the health of our players, we’ll have to address it.”

MLS continues to work with the Canadian teams because of travel restrictions. The Canadian teams — Montreal, Toronto and Vancouver — have not been included in the first phase of the schedule.

The plan comes as coronavirus cases and deaths mount across the country. Nearly 5 million people have contracted COVID-19 and 161,000 have died.

After their game at Toyota Stadium on Wednesday, Dallas and Nashville will play again Aug. 16. A third match between the two teams will be scheduled later.

FC Dallas announced that Toyota Stadium will be opened for a maximum 5,110 fans, and all must wear masks.

The league's teams will play six games in phase one of the season's return, three home and three away. Real Salt Lake and Sporting Kansas City also announced that a limited number of fans will be allowed into games.

Eighteen clubs will make the playoffs. The final day of the regular season is Nov. 8. and the MLS Cup championship is Dec. 14.