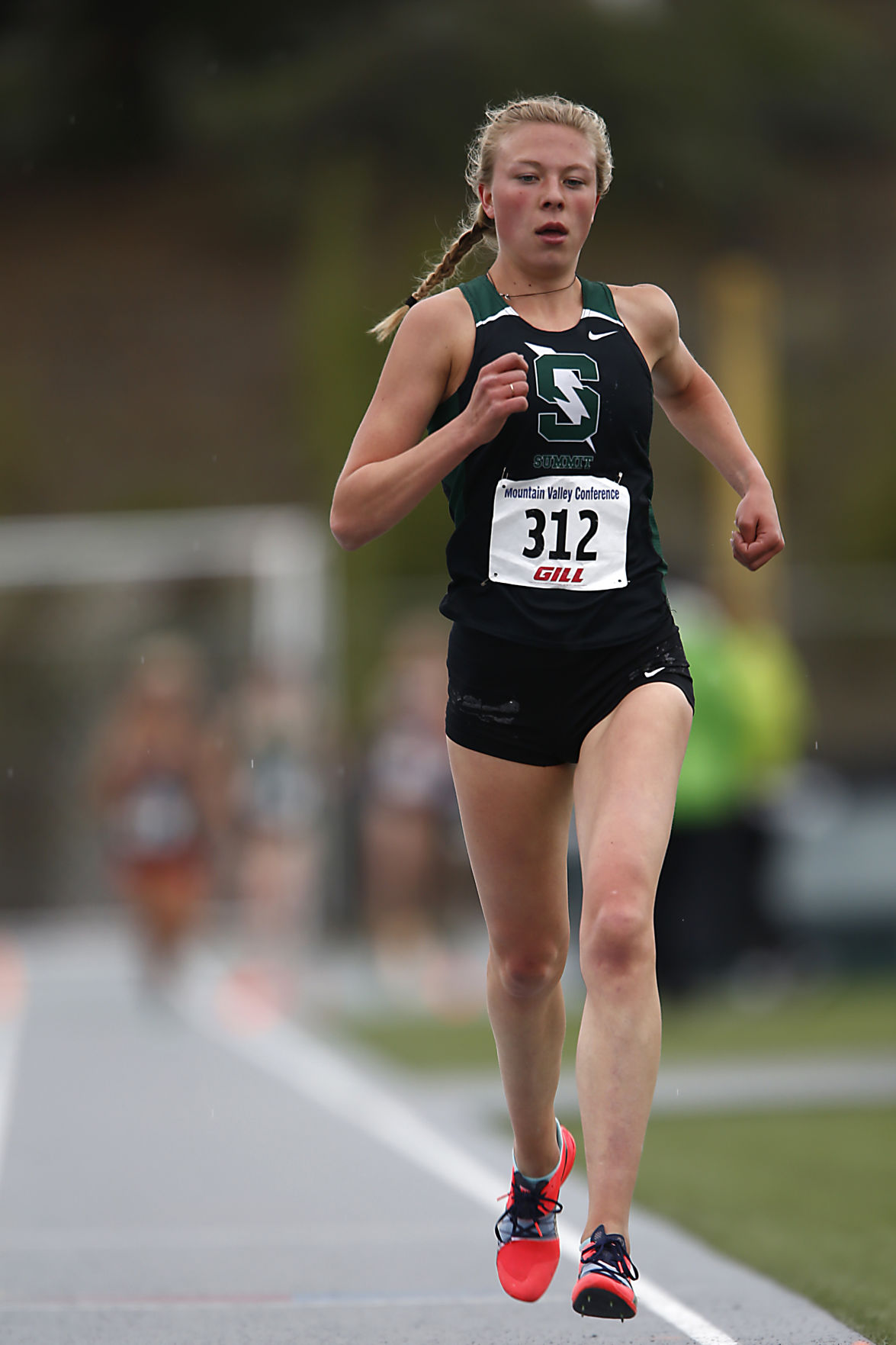 Summit’s Fiona Max competes in the 3,000-meter race during the 2019 Mountain Valley Conference track and field championships at Summit on Thursday, May 16, 2019. 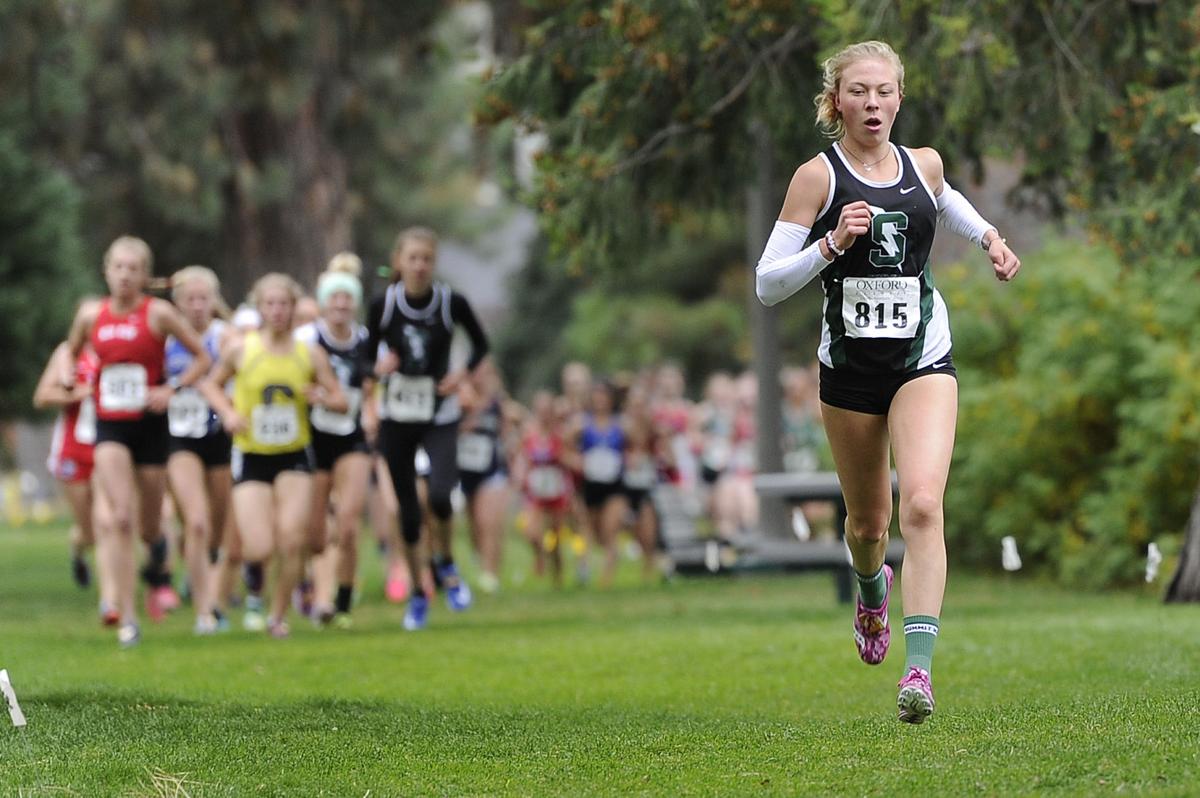 Summit’s Fiona Max, right, pulls away from the pack shortly after the start of the girls varsity race in the 2018 Oxford Classic cross-country meet in Bend’s Drake Park on Friday, Oct. 5, 2018. 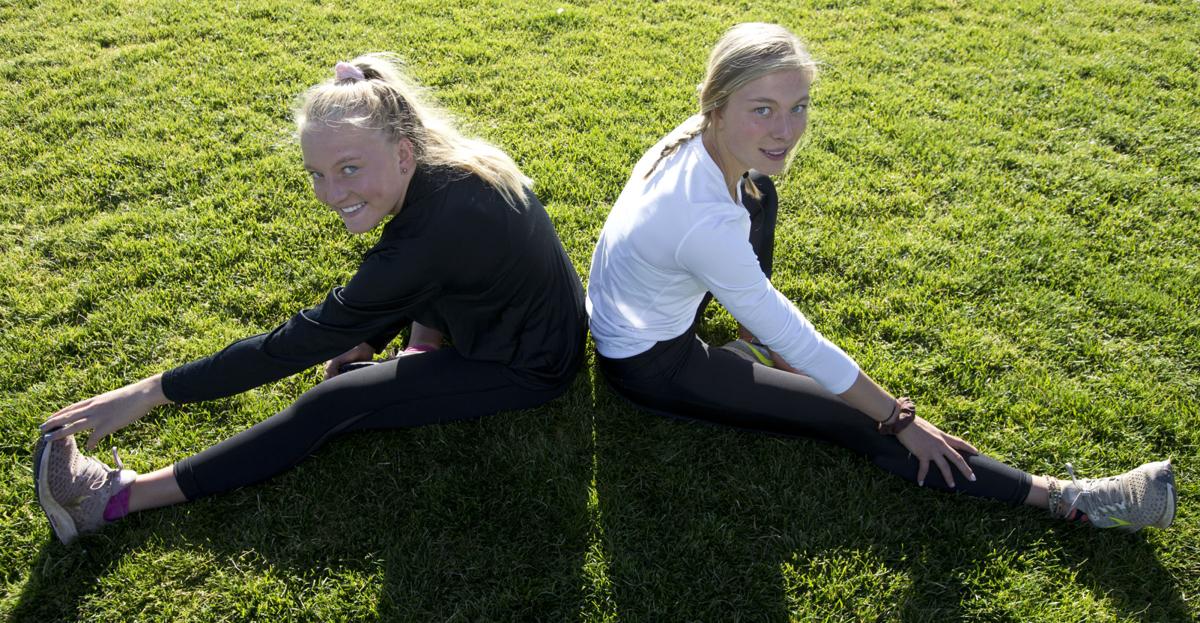 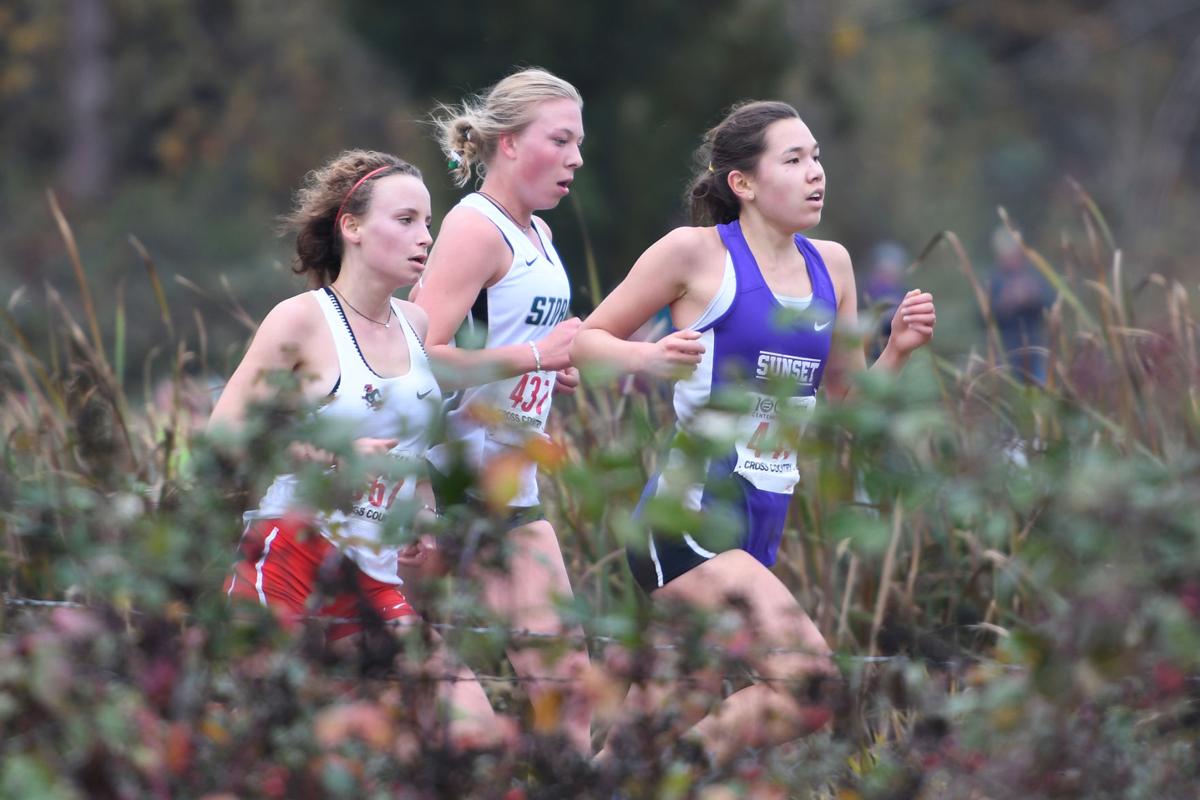 Fiona Max, center, competes in the 2018 state championships in Eugene.

Summit’s Fiona Max competes in the 3,000-meter race during the 2019 Mountain Valley Conference track and field championships at Summit on Thursday, May 16, 2019.

Summit’s Fiona Max, right, pulls away from the pack shortly after the start of the girls varsity race in the 2018 Oxford Classic cross-country meet in Bend’s Drake Park on Friday, Oct. 5, 2018.

Fiona Max, center, competes in the 2018 state championships in Eugene.

Dave Turnbull offered a prediction — or better yet, a warning — at the Roseburg High track to a couple of coaches who were checking in for an early-season meet in April 2019: Those in attendance were about to see the country’s fastest girls’ high school time in the 3,000 meters.

Turnbull, the head track and field coach for Bend’s Summit High School, knew he had a speedster in Fiona Max, even in the spring of 2017 when she was a freshman on the track team.

She began bringing in the accolades her junior year, winning an individual state championship in cross-country that fall, and helping the Summit team capture state, regional and national championships.

She was also named Oregon’s Girls Cross-Country Gatorade Runner of the Year and won the Oregon Sports Award as the top female cross-country runner — awards she would also win this year as a senior before the coronavirus pandemic upended her senior track season.

But even as she became the state’s top distance runner, Max was only scratching the surface.

“Fiona, along with her twin sister Isabel, had such incredible talent coming in,” Turnbull said. “We just had to get them to focus on running.”

Physically, focusing on running meant swapping soccer for cross-country and an end to competitive nordic skiing even though she ski raced at a national level.

Before the Jim Robinson Invitational in Roseburg in April 2019, with the team staying the night in the gym, Max, then a junior, approached her coach with a heavy heart.

A few days before the April 6 race, heart-wrenching news broke that Tom Schoderbek, a former runner and nordic skier for Summit, died by suicide in Boulder, Colorado, where he was a presidential scholar and in the honors program at the University of Colorado, studying chemical and biological engineering. He was 20 years old.

Max told her coach about the worst week of her life, seeing the family of her boyfriend, Tom’s brother Sam Schoderbek, deal with the sadness and grief of the sudden and tragic passing.

Turnbull was a coach of Schoderbek’s as well, and was dealing with the recent passing of his brother, James Turnbull, who died by suicide at the age of 48 on March 13, 2019.

She expressed that she did not know how to race after an emotionally draining week but that she was going to turn the negative energy into running. Her coach told her the same thing that he would later tell coaches at the track: She would run the fastest 3,000 meters in the country.

“I just need you to believe,” he told her.

Although she doubted Turnbull’s prediction, when she stepped onto the track that April evening and the starting gun fired, she felt weightless.

Nine minutes, 46.16 seconds, and seven and a half laps around the track later, Max crossed the finish line 30 seconds ahead of the field. And for about a week, it was the fastest 3,000 in the country.

“I think that is when she realized that your mind dictates your speed,” Turnbull said.

Running was now more than merely winning a race, hitting splits, or posting a PR. It was a way to channel the thoughts bouncing around her head, which she could not articulate at times.

“I may not have been running for the same reasons that I had run before,” Max said. “There was so much I wanted to say and so much that I wanted to do but couldn’t. I think that getting on the track at that point was all I could do. It was an impactful moment for me because I realized that I could run for something bigger.”

Running has brought her awards, etched her name in high school record books — her time of 16:51.8 in the 2019 state cross-country meet at Lane Community College in Eugene shattered the state record — and landed her a chance to continue running at Princeton University along with Isabel.

But running brought her something even more valuable.

“When very bad, incomprehensible things happen, pain will be there, and it will shape you,” Max said. “In the end, that pain puts everything into a sharp focus, and sometimes you end up growing in ways you didn’t think possible because of it.

“Last season, the track is where that happened for me.”