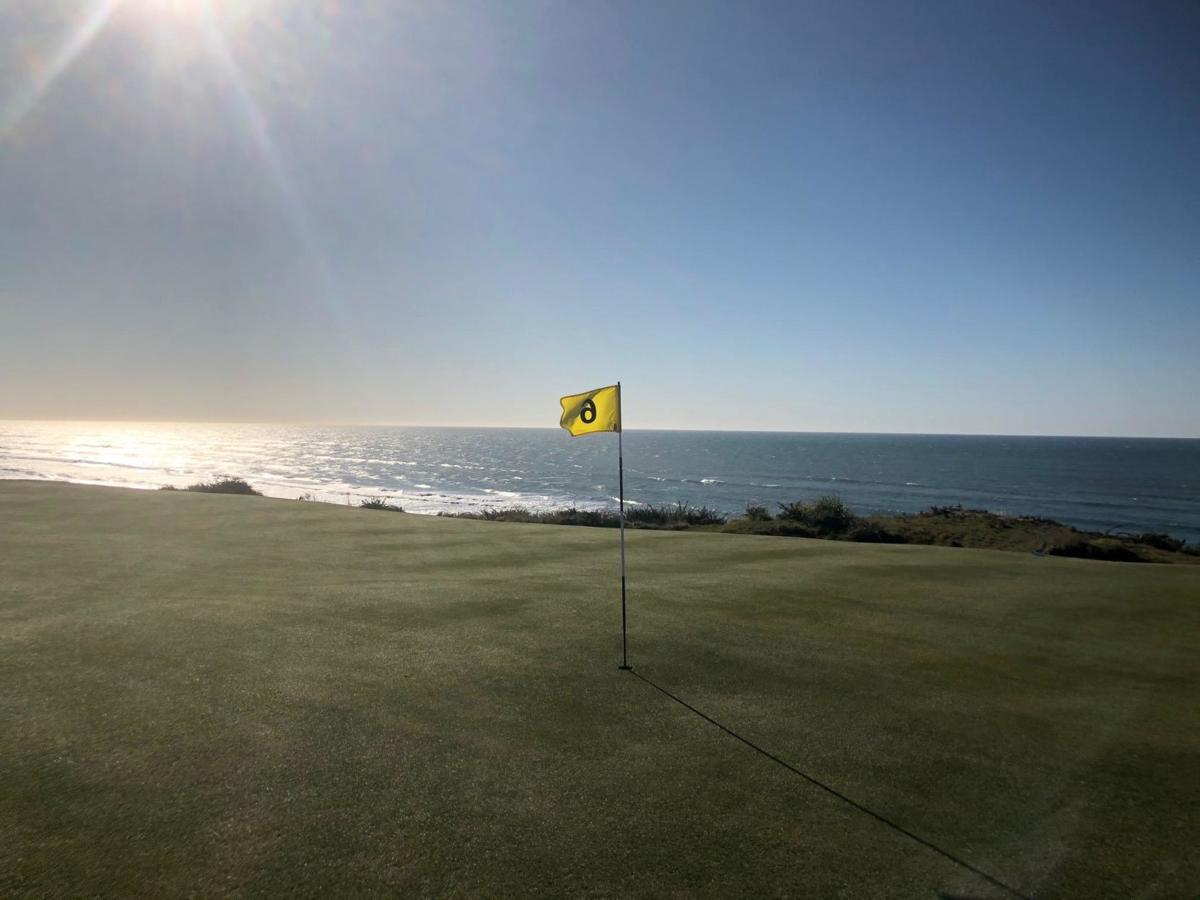 Bandon Dunes is opening the new Sheep Ranch. The sixth green sits on the ocean. 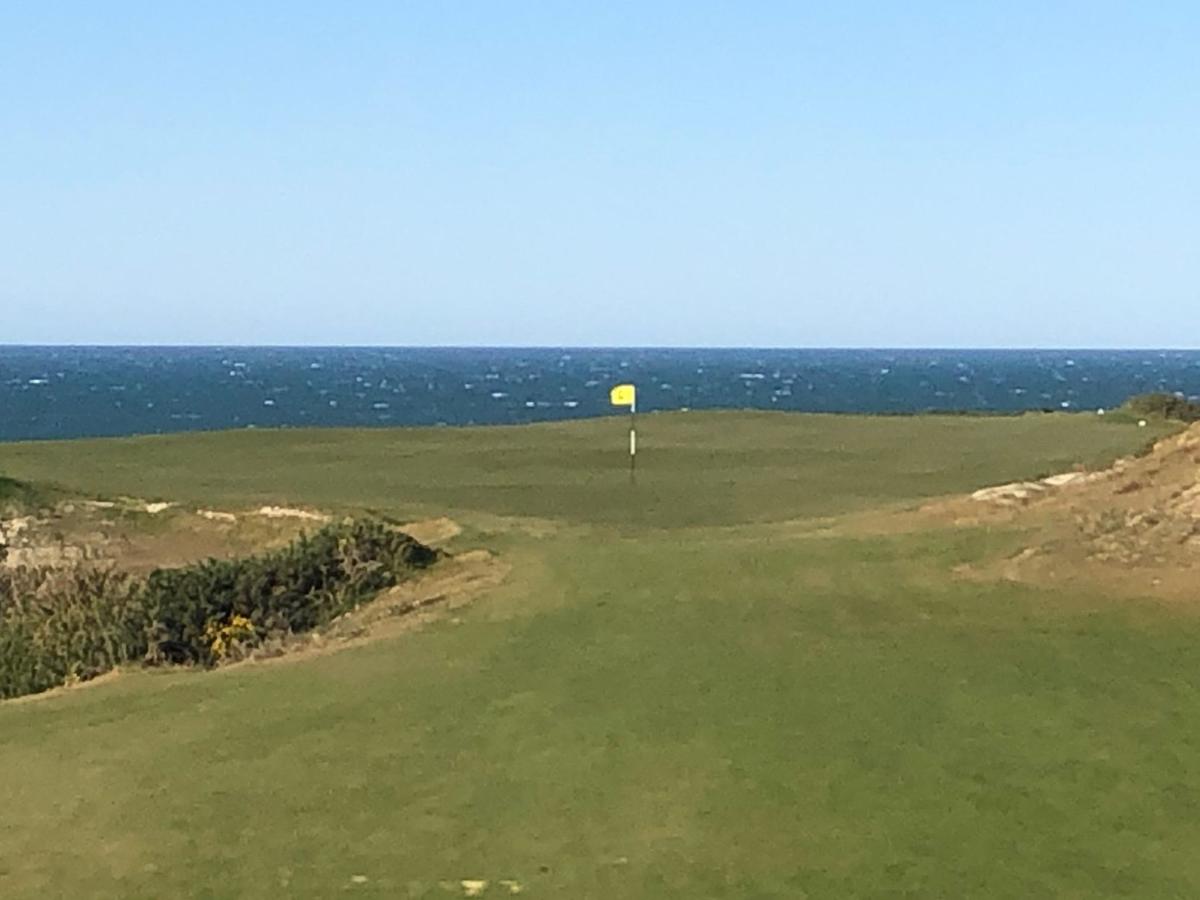 The tee shot for the 170-yard 16th hole at Sheep Ranch at Bandon Dunes. 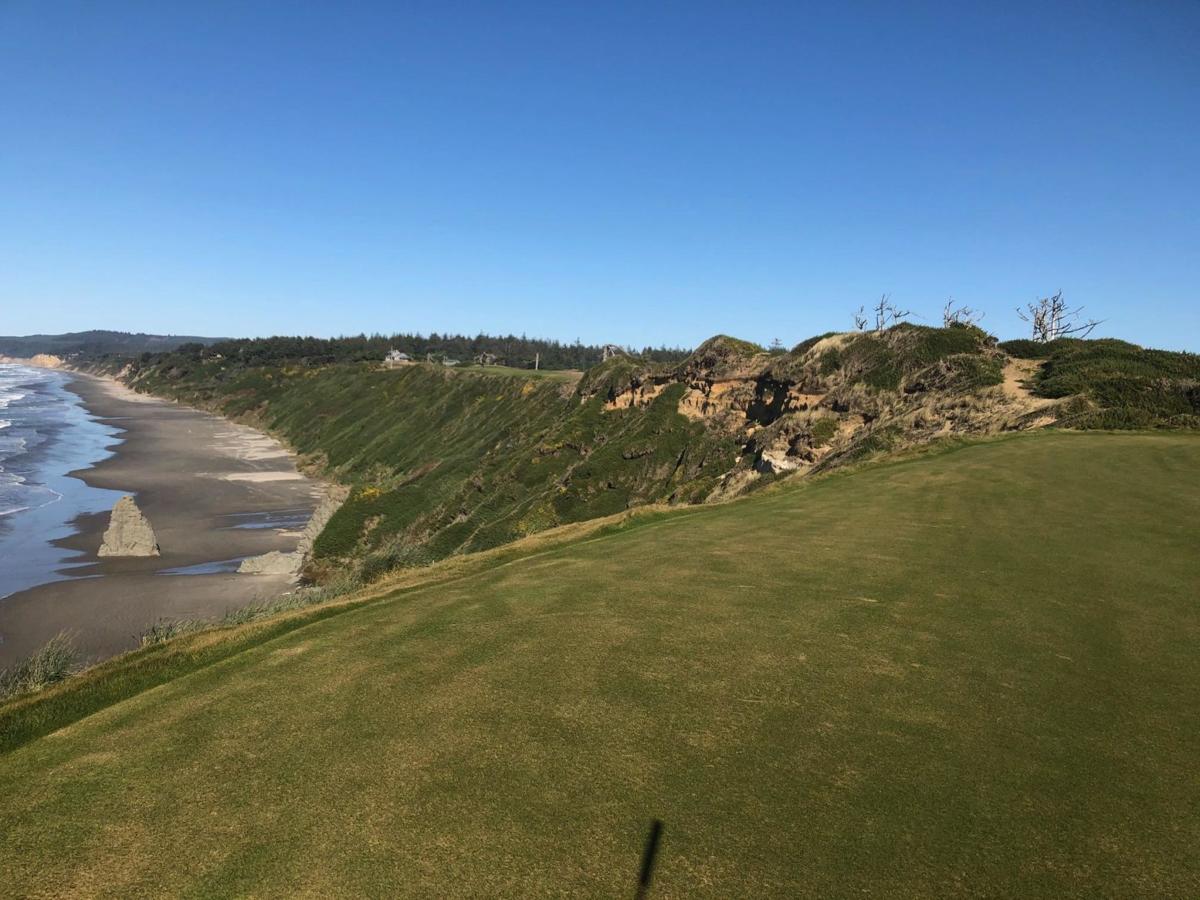 The view from the tee box at the 420-yard par-4 17th hole that forces a drive to carry a portion of the coastline. 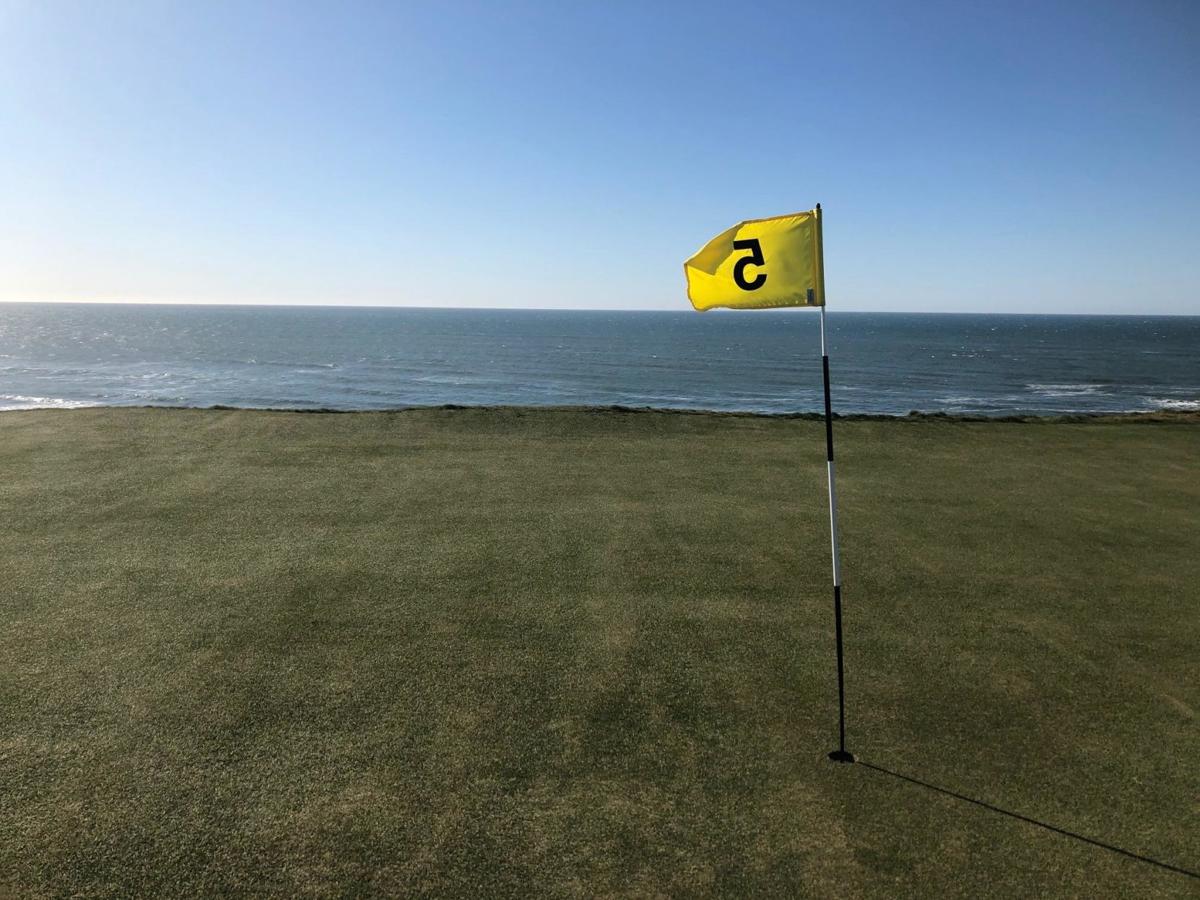 The hole number on the flags does not match the real hole number because they have 9 holes currently open but are out of order.

Bandon Dunes is opening the new Sheep Ranch. The sixth green sits on the ocean.

The tee shot for the 170-yard 16th hole at Sheep Ranch at Bandon Dunes.

The view from the tee box at the 420-yard par-4 17th hole that forces a drive to carry a portion of the coastline.

The hole number on the flags does not match the real hole number because they have 9 holes currently open but are out of order.

Golf architecture, to use today’s jargon, is in its 2.0 phase. Fewer courses are being built than during the boom of the 2000s, but what we are getting now are leaner, cleaner and, at least environmentally speaking, greener experiences. Today’s designs have more in common with golf’s original course designs in Scotland and the British Isles than they do with the suburban country clubs at which many of us grew up playing.

If you have not already booked your golfing trip for 2020, here are the openings that we are most looking forward to next year —whether you prefer the coast of Oregon, the middle of Missouri, or 20 minutes from St. Andrews.

Perhaps no opening has been more anticipated in golf than the fifth, and final, full course at Bandon Dunes Golf Resort. The remote location in Oregon has consistently ranked among the top 10 in America since the original course opened in 1999, thanks to the jaw-dropping cliffs overlooking the Pacific Ocean. Before now, the Sheep Ranch course existed mostly as legend and lore — you had to call a guy, pay him $100, and he would open a gate to let you in — but when it opens on June 1, it will have the full treatment from popular design duo Bill Coore and Ben Crenshaw. Tight, intimate routing lets golfers play out and over cliffs along nine stunning holes hugging the coast. And there is not a single sand bunker to hit into. This is a case of the rich getting richer that we can all celebrate.

No one moves the needle in golf as Tiger Woods can. This spring, his design firm TGR will debut Payne’s Valley at the Big Cedar Lodge in Ridgedale, Missouri, and it will be his first public course design in America. (He has previously designed courses for Bluejack National, a private club 50 miles north of Houston, and the Diamante luxury resort in Cabo San Lucas, Mexico.) Woods has made no secret that he takes inspiration for his own designs from Augusta National Golf Club, with its low rough, “flashy” bunkers, and playability. Like many others, Woods thinks the game needs to be faster and more user-friendly. Payne’s Valley, named in the memory of late Hall of Famer Payne Stewart, will invite an early look at Woods’ vision for doing that over a 7,300-yard layout of impeccable Ozarks terrain.

Phil Mickelson appears to be not only on the back nine of his career but on the closing holes. As he branches into social media and podcasts and increases his popularity off the greens, Mickelson’s role as a designer may be one more thing for the masses to celebrate. Mickelson National Golf Club, outside Calgary in Alberta, has been letting a few lucky golfers preview a selection of holes on the course this year. The reviews have largely been positive, touting forgiving fairways, treacherous fescue, and “blowout” bunkers. The course was built with design partner Rick Smith and offers plentiful views of Canada’s Rocky Mountains.

If you are going to build a true links course in Scotland, it had better be great. And if you are going to build it 20 minutes from St. Andrews, it needs to be spectacular. Sitting on 345 acres on the eastern coast, Dumbarnie Links looks to be all that and more. The course features dual elevations connected by a flowing escarpment and has a mile and a half of beach and sea frontage. Plus, the course features a number of elevated tees whose holes play directly toward panoramic views of the Firth of Forth estuary.

The Greg Norman Signature Course at Rancho San Lucas is a private golf facility scheduled to open in February. Those who own real estate on the site, as well as guests of Solmar Hotels & Resorts, including the new on-site Grand Solmar at Rancho San Lucas, will have exclusive access to the course. It was created with playability in mind but still exudes fun, like the 17th hole’s island green . The links-style design travels through “three ecosystems,” exposing golfers to desert, a cactus forest, and views of the ocean from every hole.

After the PGA Tour’s Sentry Tournament of Champions last year at Kapalua Golf in Maui, Bill Coore and Ben Crenshaw returned to update one of their earliest designs, focusing on ways to make it both harder for the pros and easier for the Joes (and Josephines), with wide fairways and generous greens. Plantation Course, already a world-famous track, keeps its grand scale, thanks to its location on the slopes of the West Maui Mountains. It offers a lot of downhill shots for those looking to hit long. The course renovation was completed in the summer and reopened late this year. The refreshed course will host the Tournament again in January, so you can see it for yourself on TV and decide if you want to book your tickets.

The reopening of a municipal golf course might not ordinarily raise eyebrows, but when Tom Doak is at the helm, you take notice. The former boy wonder of golf course architecture has more than a handful of designs that rank among the world’s best, including Pacific Dunes at the Bandon Dunes resort in Oregon and Ballyneal in Colorado. Doak was retained by the Astros Golf Foundation, headed by the wife of Houston Astros owner Jim Crane, to reimagine the Memorial Park course and keep the Houston Open on the PGA Tour’s schedule. His Renaissance Golf Design team consulted with current world No. 1 Brooks Koepka on the new layout. Technically, the course opened late this year but will play in prime condition once warmer weather helps the Bermuda grass flourish.

You would not book a trip for a Par 3 course alone, but one of two to watch for this year is the new Par 3 Course at the highest point of the Cabot Cliffs Course in Inverness, Nova Scotia. The 10-hole routing was designed by Rod Whitman and Dave Axland and is a prelude to other happenings at the beloved Canadian resort, which includes new residencies, a wellness center, a putting course, and a new clubhouse.

Likewise, if you wait until next fall to visit Pebble Beach, you will have the chance to play Tiger Woods’ new Par 3 course, which is to be built on the grounds of the former Peter Hay Golf Course. Woods’ TGR Design firm will begin construction immediately, though details remain scarce. Woods has said: “We at TGR Design look forward to building on and enhancing this vision with our redesign, which will incorporate more variety into the hole lengths and shot options, add more puttable areas within the green surrounds and take advantage of the spectacular ocean views.”