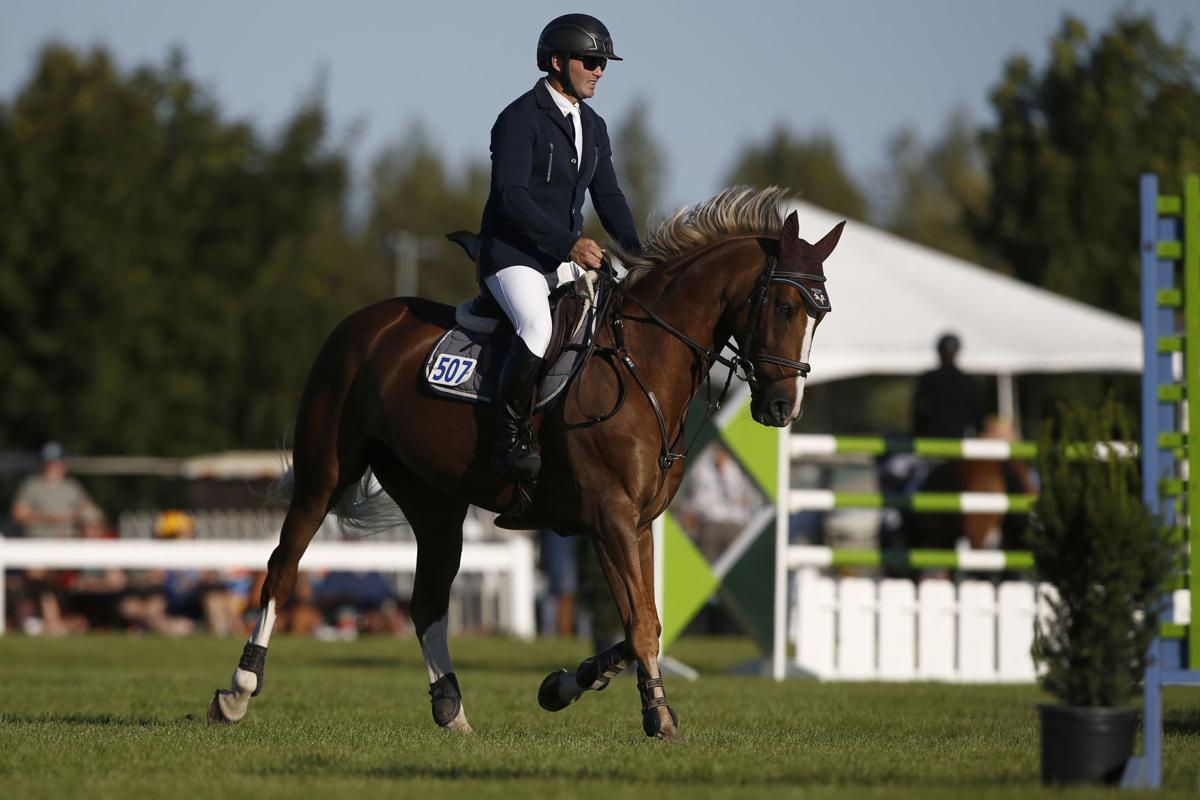 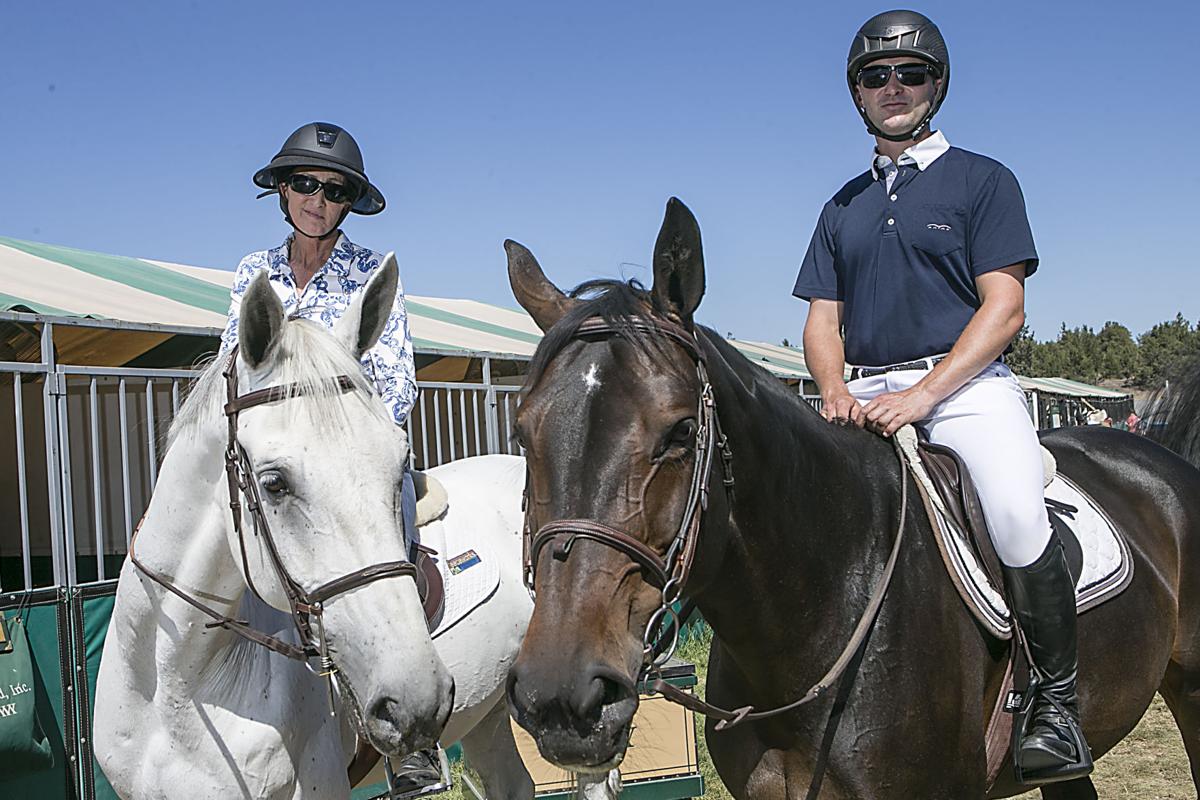 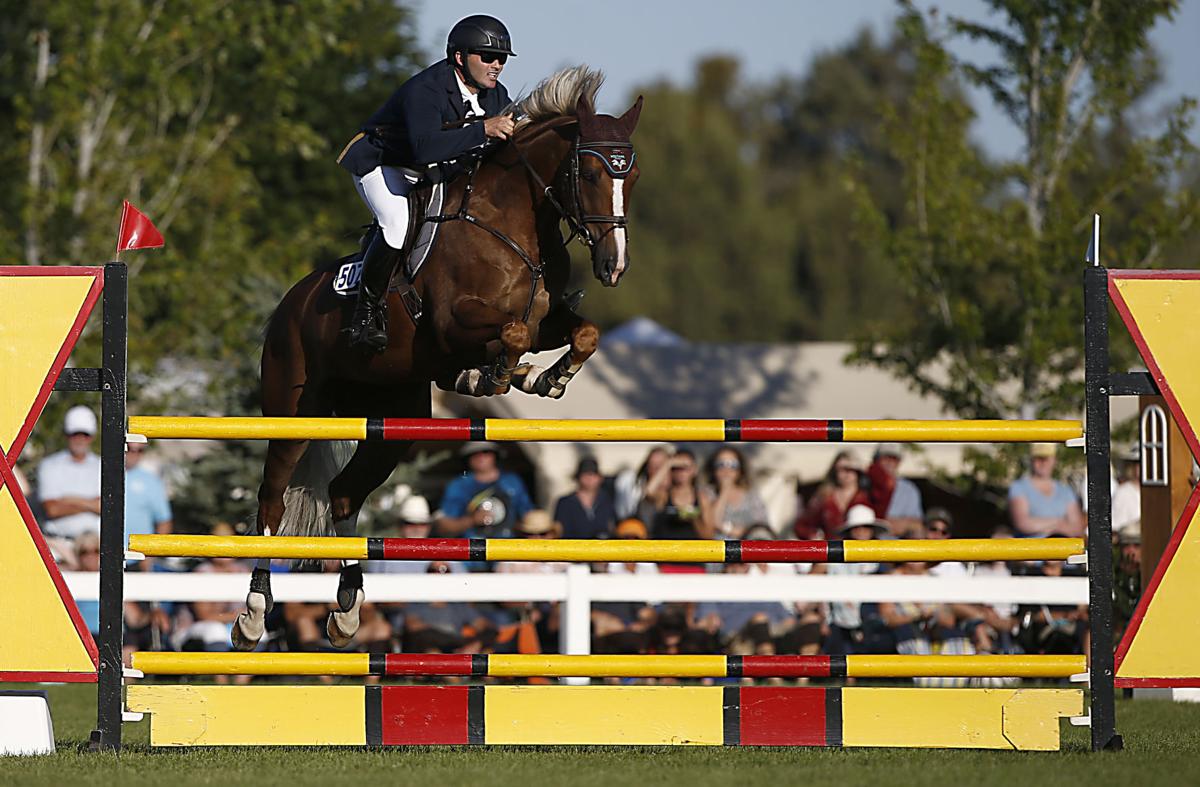 Kevin Winkel remembers coming to the Oregon High Desert Classics when he was a young boy. When he was 12, he set up a boot-shine booth and would offer to clean riders’ boots for $5 a pair.

Winkel, now 33, and his mother, Julie Winkel, have been attending the annual hunter/jumper horse show at J Bar J Ranch in Bend for more than 25 years. The mother and son each own businesses that breed, train and show horses.

“She won the Grand Prix in 1997 and she got a big check and her picture taken, and I was like, I want to try that,” Kevin recalls with a laugh. “She still rides and shows. We just kind of do everything — teach lessons, coach people at the shows, train young horses, sell horses.”

Kevin, who lives north of San Francisco in Petaluma, California, is competing in the $25,000 Grand Prix this Saturday. He finished third in last week’s Grand Prix and won one of the Grand Prixs at the Classics last year. Julie, 60 and of Reno, Nevada, is not competing in Bend this year but is coaching and helping set up the horses for some of her clients.

The Winkels say they make it to about 12 to 15 horse shows per year up and down the West Coast but the High Desert Classics is their favorite.

Kevin says it was special to claim the victory in the Grand Prix last year.

After finishing third this past Saturday in the first Grand Prix of the 30th annual High Desert Classics, Kevin says he is aiming for a victory this week in the second and final Grand Prix at this year’s show.

“I think she feels great,” Kevin says of his mare, Osophia.

“The footing feels awesome, so I think I can push her a little more if I have to and hopefully I have a little better draw and I go later in the class,” he adds, referring to the draw order for last week’s Grand Prix. “She was willing to do everything I asked. She gave it her all.”

Kevin says that showing horses is a lifelong family sport, and something one must work at every day. He says the mother-son dynamic can be a challenge sometimes when they work together, but less so now that he is competing more on his own and running his own business.

“Yeah, when I was a teenager it was very difficult,” Kevin says with a smile. “There was a lot of bickering and competitiveness. We’re both competitive, her especially. I’m supportive, but she wants to beat me.”

“Oh, right!” Julie interjects with a laugh. “He’s finally figuring out that his mother knows everything. His mother’s always right.”

Julie Winkel is the owner and operator of Maplewood Inc. in Reno, which bills itself as the premier equestrian center in Nevada. Kevin continues to work with his mother but is starting up his new business, KW Show Jumping, near Petaluma.

Julie comes from a rodeo family — her mother was a barrel racer and her father was a saddle-bronc rider — so she was raised around horses. She started jumping horses at a young age. In 2006, she had a baseball-sized brain tumor surgically removed and was left blind in her left eye, deaf in her left ear, and with partial facial paralysis.

After coaching Kevin to help vault him to the Grand Prix level while she recovered, Julie returned to jumping in 2010 and has continued ever since.

“I kind of had to learn to find balance and ride all over again,” Julie recalls. “But I feel like I can ride better than ever. A lot of it’s experience but it’s also, I just trust the horses. As you’re coming to a jump, there’s timing involved. You have to make a decision when the horse is going to leave the ground for the jump. When you don’t have vision in one eye you lose your peripheral vision, which judges distance. That was tough. I’m fine now, though. I’m pretty used to it now.”

Julie Winkel says that experience is crucial in horse jumping.

“The people who have been at it for a long time are a lot of times very hard to beat,” she says. “The younger ones coming up are hungrier for it, so they’re a little more daring sometimes. But they’re not always as smart.”

Kevin says that the equestrian life — breeding, training and jumping — is a long, rocky road with lots of ups and downs.

“In training, you’ve got to keep trying to push it so you keep evolving and keep getting better,” he says. “But then know when to back off and step down. You hit a plateau and you’ve got to push it again. So that’s just how it goes with horses.”