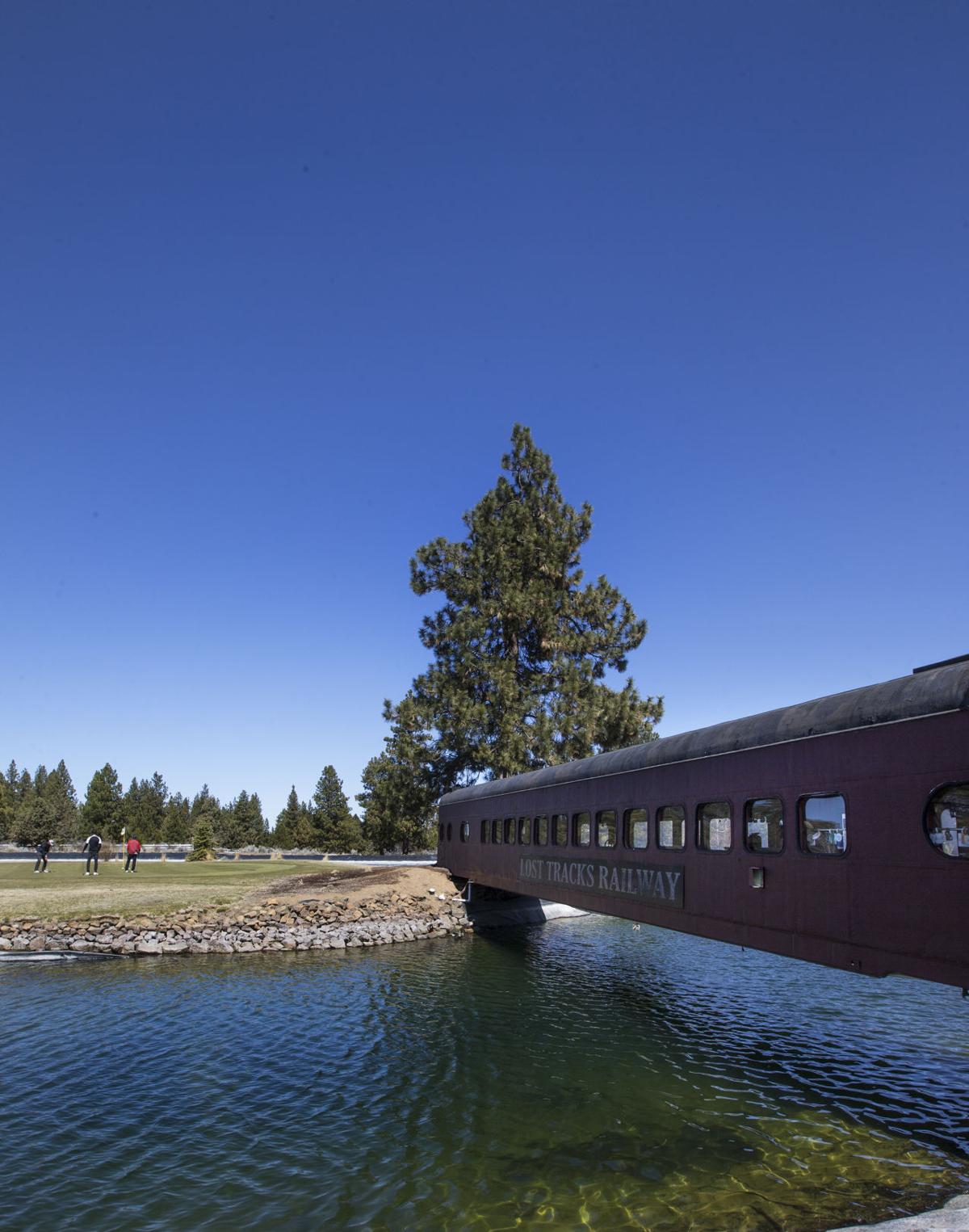 A group of golfers play the 16th hole at Lost Tracks Golf Club in Bend earlier this season. 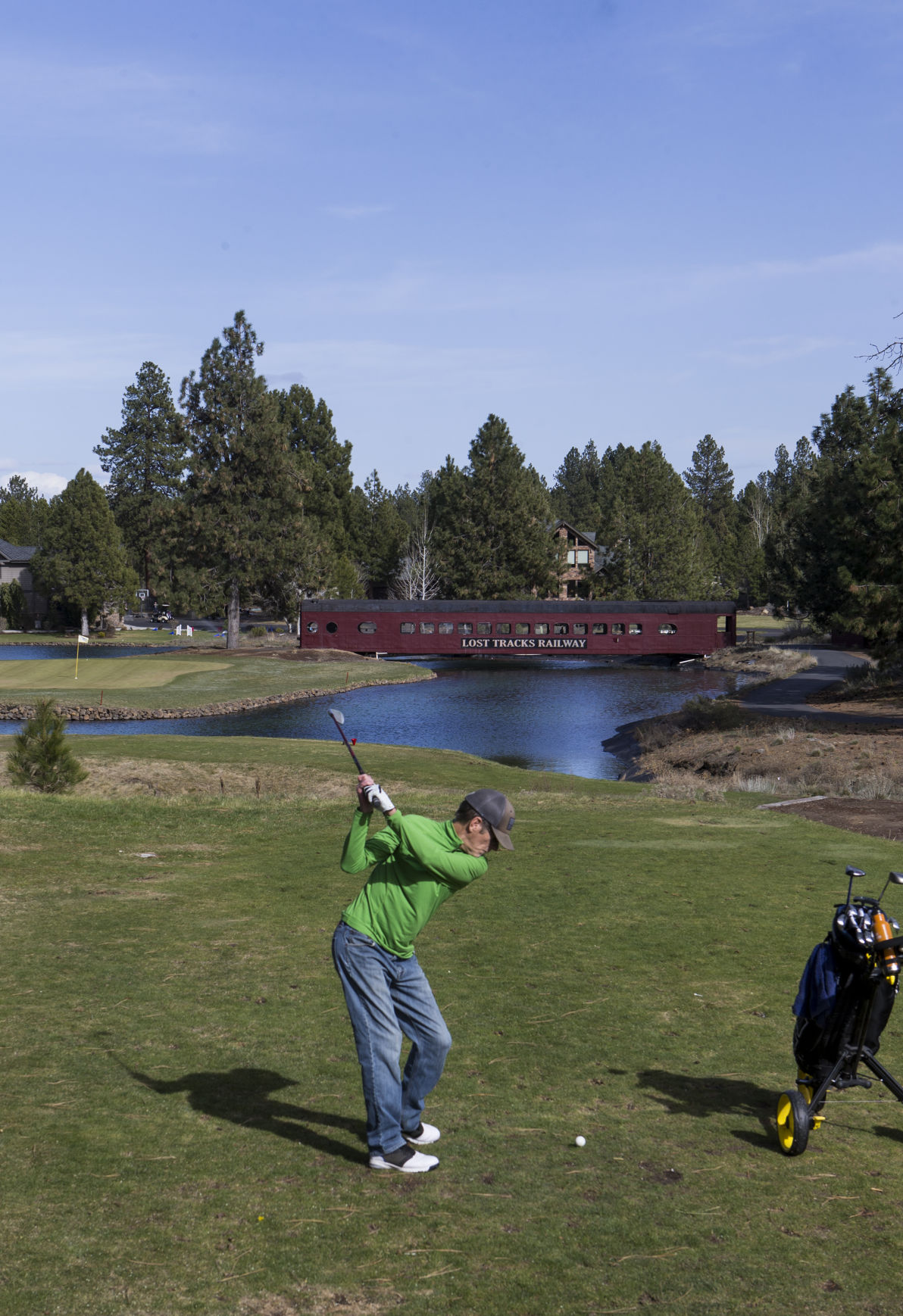 Steve Mosher tees off on the 16th hole at Lost Tracks Golf Club in southeast Bend. 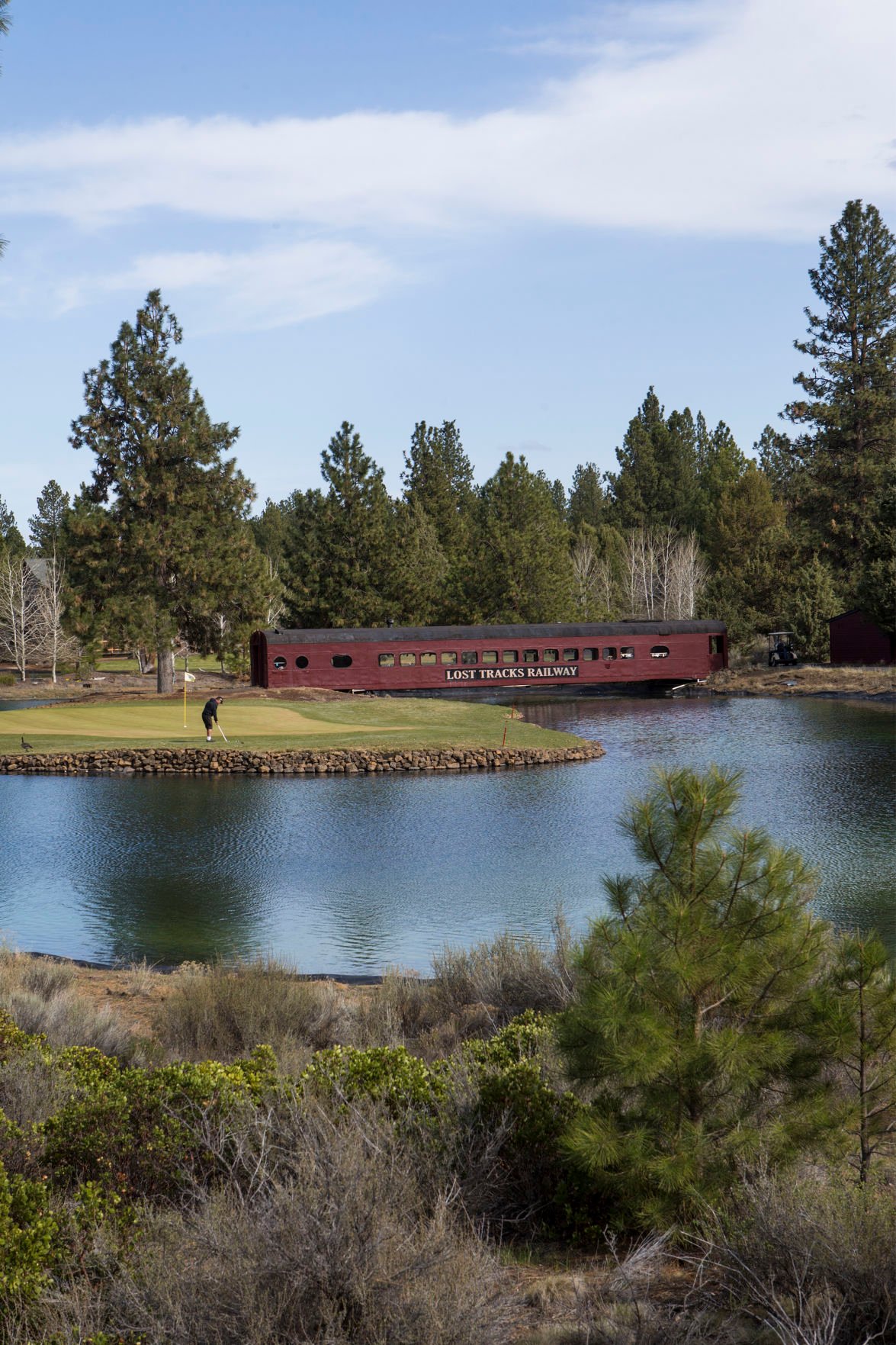 A group of golfers play the 16th hole at Lost Tracks Golf Club in Bend earlier this season.

Steve Mosher tees off on the 16th hole at Lost Tracks Golf Club in southeast Bend.

Golf has a code, as Brian Whitcomb learned from a young age, decades before he built the Lost Tracks Golf Club in Bend 25 years ago.

It is a self-refereed game in which golfers are responsible for keeping track of their strokes and enforcing their own penalties. When a miscalculated swing sends a chunk of the earth flying, it is the golfer’s job to replace the divot.

Whitcomb, 64, learned not only how to play the game at the Prineville Golf and Country Club — which shared a fence with the house in which he grew up five miles east of Prineville — but how to respect the game.

“That's an important value to have in life, I believe,” Whitcomb said. “You are accountable for your actions. You have to learn to take your hat off, look someone in the eye, and shake their hand. It’s the way of life and the accountability that I love about the game.”

And in return, golf has been good to Whitcomb, who was a member of the Arizona State golf team in the mid-1970's.

He opened a golf course with 1983 Indianapolis 500 winner Tom Sneva, aptly named The 500 Club in Phoenix. And on several occasions, Whitcomb was paired up with Tiger Woods. Whitcomb — who served as the President of the PGA of America for two years — admitted that the four-time Masters’ winner “beat me by a few strokes.”

Lost Tracks has found its niche as Sunriver’s little brother, as Whitcomb put it, in Central Oregon, where people who vacation in Sunriver also play rounds at his golf course. Located in southeast Bend, Lost Tracks offers golf leagues and year-round play for locals who love the game.

“We’ve opened our arms to both the people who come to visit Central Oregon as well as the person who lives here and enjoys the game,” Whitcomb said.

June 1 marked the 25th anniversary of the opening of Lost Tracks Golf Club, a course not named for tracks golfers make to hunt down lost balls, but rather for the once prominent timber industry in Central Oregon. While landscaping the course, they discovered old, lost spur tracks from the former logging camp where the course sits. Hence the name, Lost Tracks.

“There were a lot of tear drops and laughter along the way,” Whitcomb said. “I designed the golf course, cleared the land, moved the dirt to grow the grass. Every day I just couldn’t wait to get back and try and do it again. I never viewed it as a job, but more of a privilege.”

With that privilege came an obligation to take care of the land. Jim Wilkinson, a giant in the Central Oregon golf community, introduced Whitcomb to Bill Bundy, who had owned the property. Bundy, Whitcomb recalls, wanted a golf course on the land.

“I was always of the belief that nature had already had a golf course designed out there,” Whitcomb said. “It was my job to go find it. And hopefully, enhance what Mother Nature had already provided. I wasn’t trying to put my stamp on anything as much as I was looking for what I believed was always there.”

Reaching a quarter-century was not accomplished alone, and Whitcomb — who was diagnosed with multiple sclerosis in 2010 and uses a motorized wheelchair — is well aware that staffers like Jose Jimenez and Pat Cashman help make the operation, and make it a joy to come to work.

Should all go well, the course will remain in the family. Brian's son, Ryan Whitcomb, 36, serves as the general manager, while Brody, Brian's 12-year-old grandson, is next in line.

“It’s been a team effort here, and I’m so proud of my team and proud to be a part of it,” Brian Whitcomb said. “Through my son and my grandson, we fully expect them to be the caretakers of that land for years to come.”