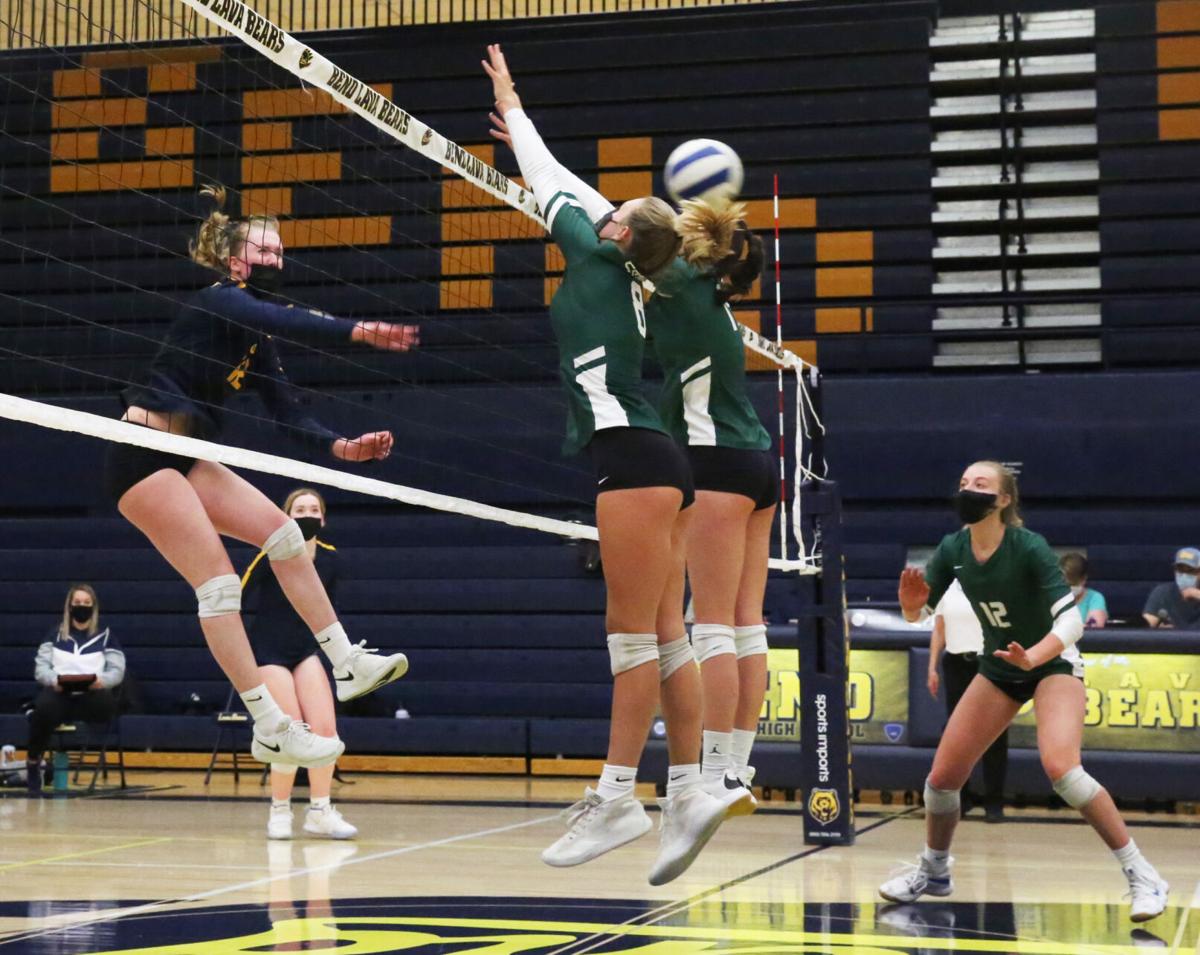 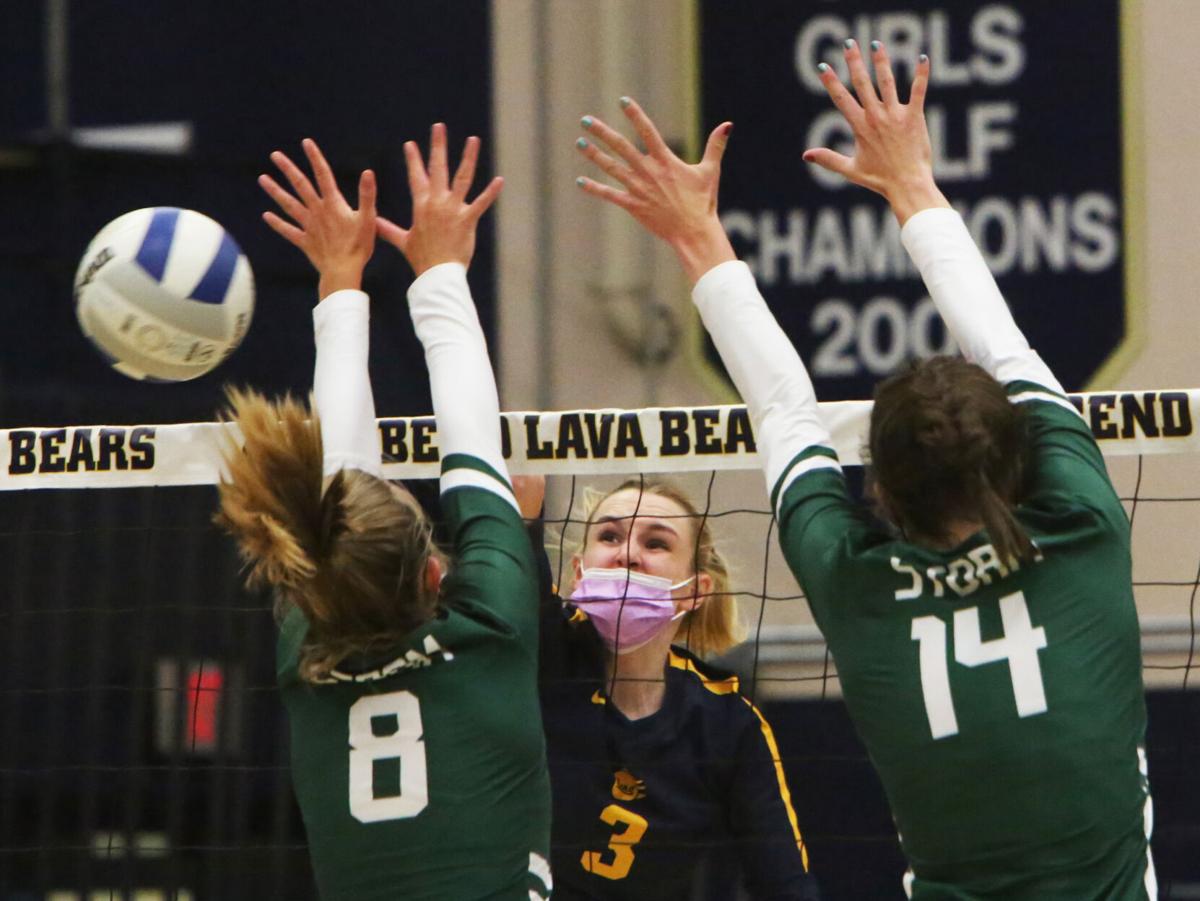 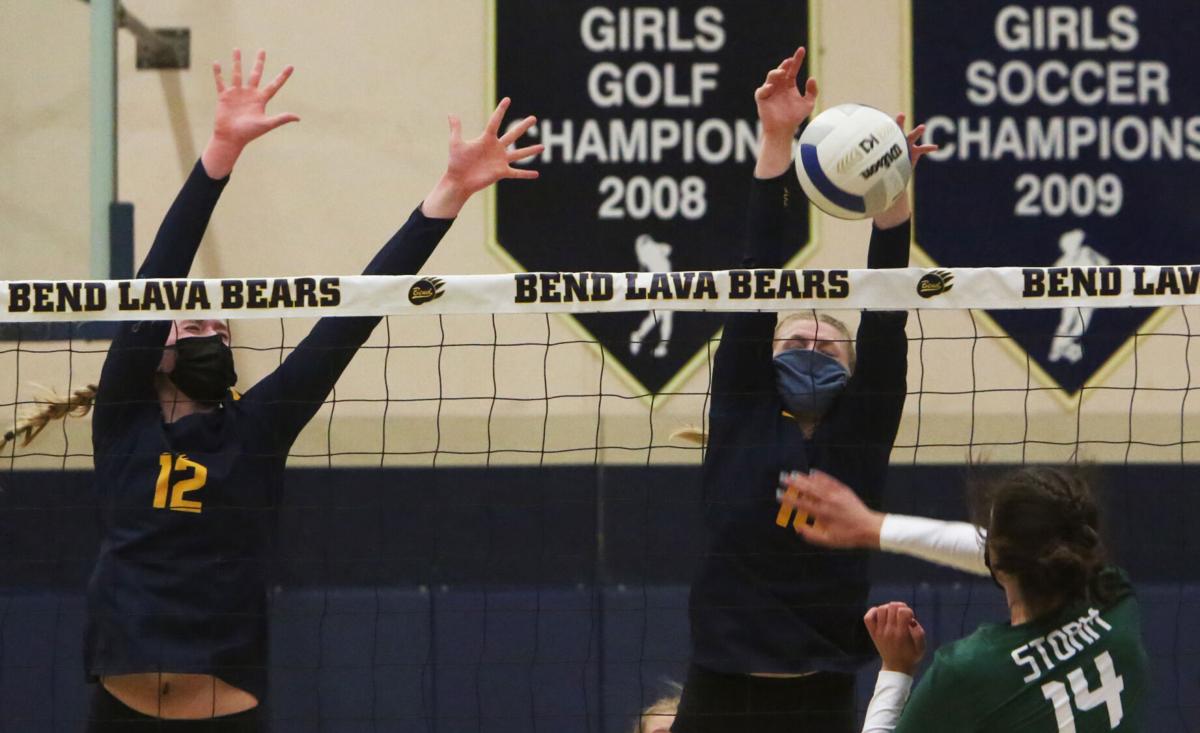 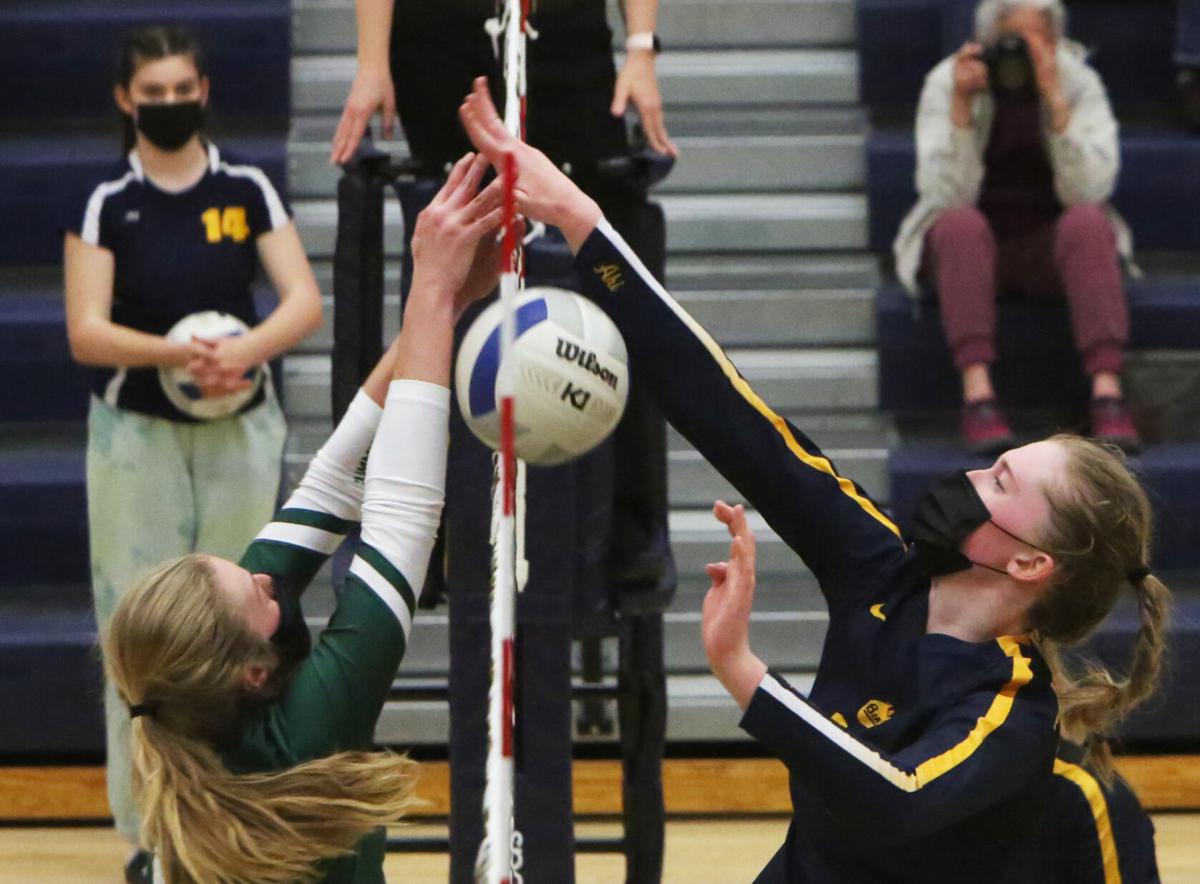 Bend High coach Kristin Cooper could not help but feel a sense of relief as she watched Harper Justema’s game-tying kill attempt sail high and out of bounds in the fifth set.

The victory also gave Bend the series win over its crosstown rival, claiming two of three matches this season.

“By the end, I think I had a couple of extra gray hairs but those are the matches that you love to coach in,” Cooper said. “It is always a great game when we play against Summit.”

A big sigh of relief was released on the court as well when the match finally ended.

“I can’t describe how good this win feels,” said senior outside hitter Izzy Armstrong, who finished with 15 kills. “Summit and Bend have always been a big rivalry. It is a really special way to end, especially having so many friends on the other team.”

Through two sets it looked as though Bend would cruise to an easy win as Armstrong and junior middle blocker Marley Hardgrave were strong at the net, combining for 32 kills and nine blocks.

The Lava Bears won the first set comfortably, 25-16, then after trailing for most of the second set they found an extra gear and closed the set on a 7-1 run to win 25-20.

“One of my quotes is that we need to ‘shift to the next gear,’ ” Cooper said. “We came out strong, that was a goal.”

But the Lava Bears could not find that next gear for the next two sets. Meanwhile, on the other side of the net, there was little panic from Summit despite falling behind two sets.

“It has been our tendency to start out a little slow and then kick it into gear, so I was fine with it because this is what we usually do,” said Summit coach Jill Waskom. “So let’s just keep doing what we usually do.”

But once again, Summit found itself in a hole in the third set. Midway through the set, sophomore outside hitter Shannon MacCallum had a kill that seemed to rejuvenate the Storm. After the kill, Summit closed the set on a 13-7 run to win 25-21.

Summit once again rallied late in the fourth set. With the set tied at 15, the Storm closed on a 10-4 run to win 25-19 and force a fifth and final set.

In a way, the fifth set encompassed the entire match, as Bend jumped out to a sizable lead and Summit clawed its way back into contention. But the Bears hung on for the victory.

“It is never over until it is over,” Waskom said. “That was a good lesson that you are always going for. We made a great comeback; a lot of teams would fold there. I thought we were fighters and feisty in set five and that is something to be proud of.”

After the match, players from both teams met to chat with one another and take photos. Some players had tears in their eyes, signifying the emotions that come with both a hard-fought victory and the pain of coming up just short.

Then there was the realization that it was going to be the last time that several of these players would compete against each other. Many of the Bend and Summit players have been playing with and against one another for most of their lives.

“Some of us have played together since third grade,” Armstrong said. “We are all leaving and graduating and moving all across the country. It is just a lot going on right now.”

Tuesday night was the final match of the shortened season for Summit, which finished 6-3 overall and 4-2 in the Mountain Valley Conference. Bend (9-1, 4-1) will conclude its stellar season Thursday night at home against Mountain View.

“I love the energy that we came out with,” Cooper said. “I think knowing that this was our last week, it is something that we have been working on all season, I was really happy to see that. Our serve and serve return were on point. And that is something you have to do against a good team like Summit.”