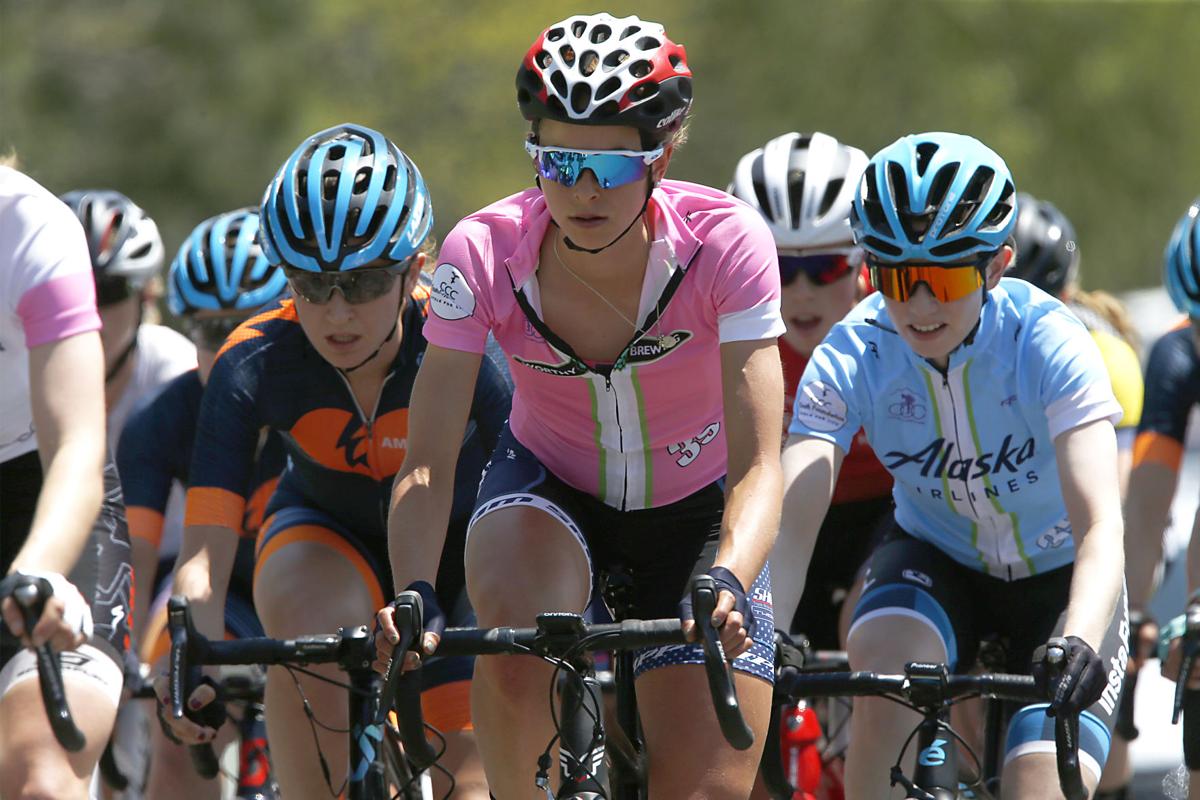 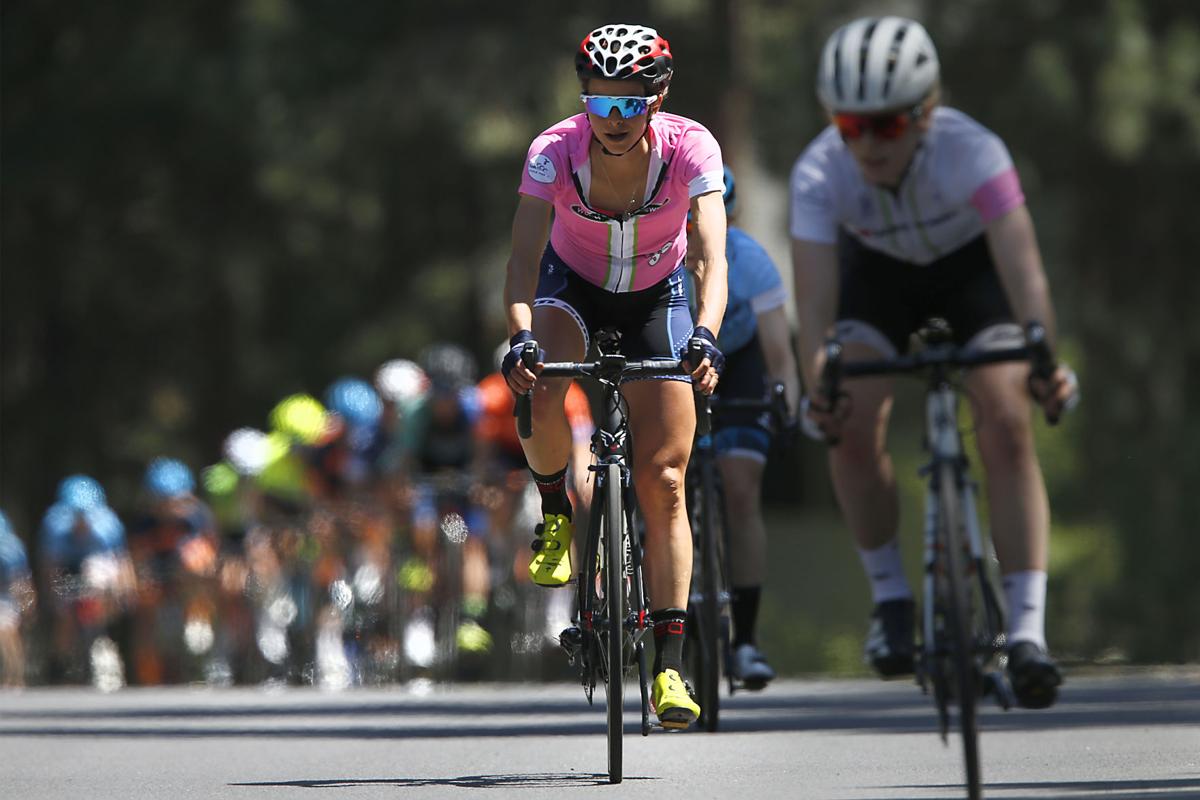 Emma Grant, center, with Sho-air TWENTY20, attempts to pull away from the peloton during the final stage of the Cascade Cycling Classic on Sunday. (Ryan Brennecke/Bulletin photo) 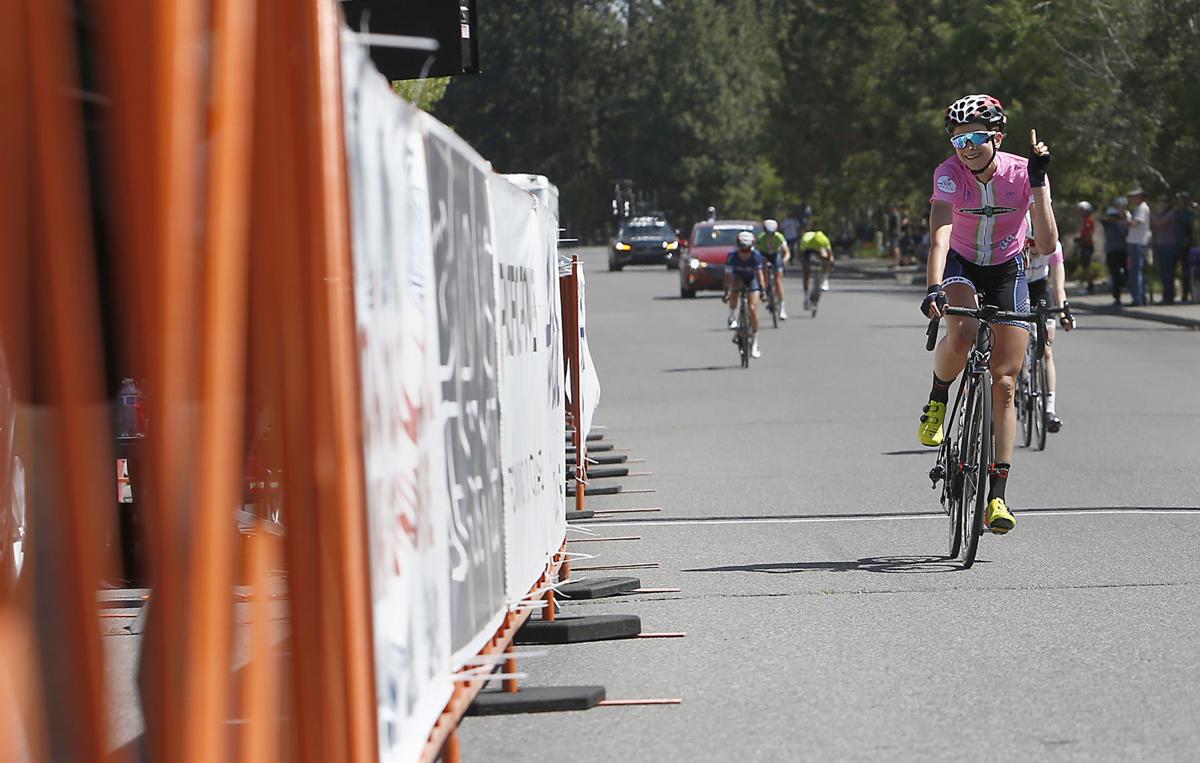 Emma Grant, with Sho-air TWENTY20, celebrates her win during the final stage of the Cascade Cycling Classic on Sunday. (Ryan Brennecke/Bulletin photo) 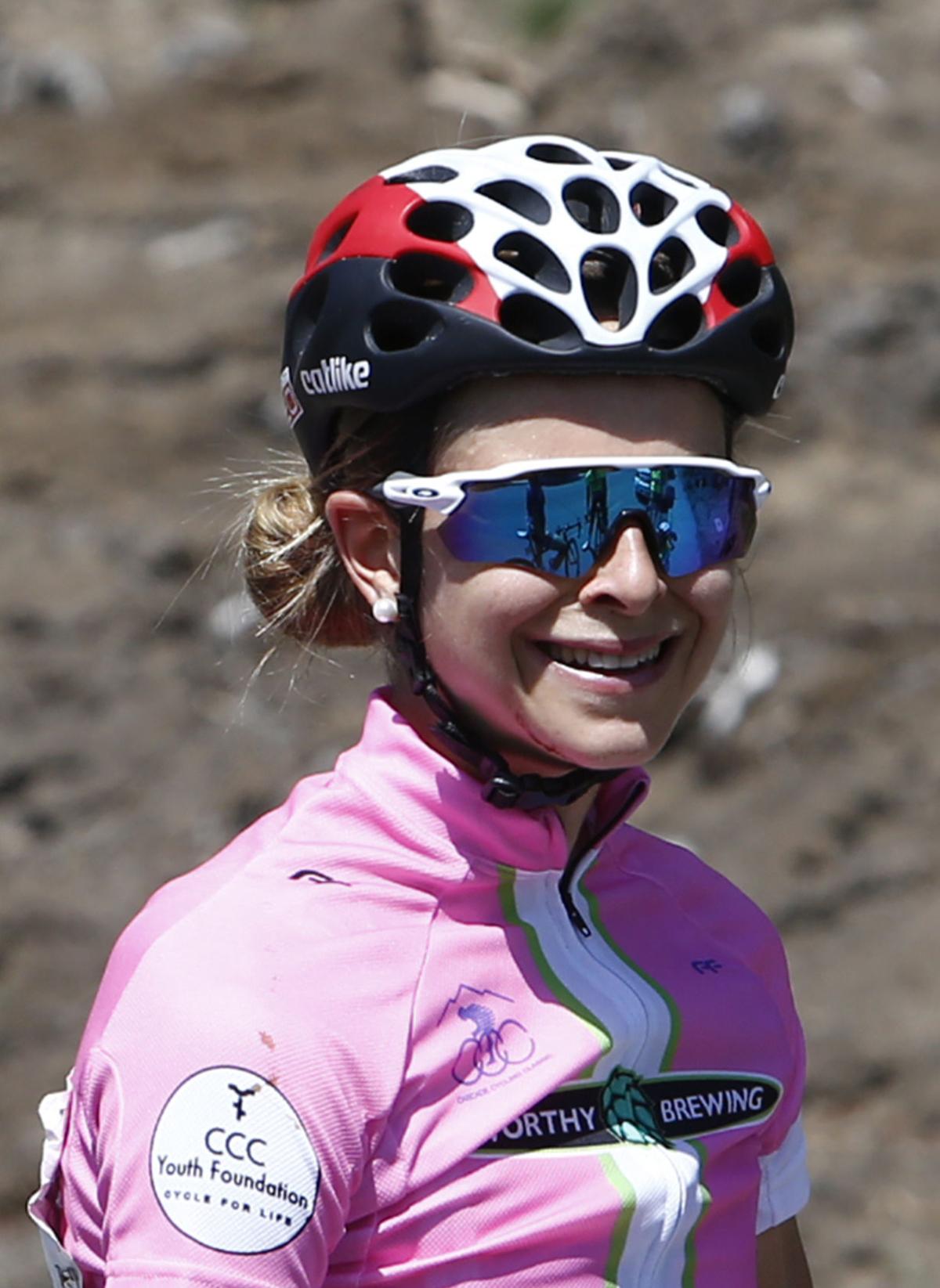 Emma Grant, center, with Sho-air TWENTY20, attempts to pull away from the peloton during the final stage of the Cascade Cycling Classic on Sunday. (Ryan Brennecke/Bulletin photo)

Emma Grant, with Sho-air TWENTY20, celebrates her win during the final stage of the Cascade Cycling Classic on Sunday. (Ryan Brennecke/Bulletin photo)

Emma Grant already had the overall victory secured, so why not go ahead and win another stage?

The British rider outsprinted four other cyclists to the finish line to win the final stage of the pro women’s Cascade Cycling Classic Sunday in Bend. She also took the overall win in the five-stage race by a massive margin of 2 minutes, 59 seconds.

“Five of us came into the finish, and I thought I’d test out my sprint legs,” said Grant, 27 and of Oxford, England. “It was a pretty cool way to end a good week.”

Pro women’s riders raced for 90 minutes in Sunday’s Awbrey Butte Circuit Race, a 5.8-mile technical circuit with 540 feet of climbing per lap. The route featured numerous steep climbs and sharp turns near the summit of Awbrey Butte in west Bend.

Grant, a member of the Sho-Air TWENTY20 team, finished in 1:17, one second ahead of Clara Honsinger of Lux.

Grant’s teammate Jasmine Duehring was third, four seconds back, and her other teammate, Bend’s Jennifer Luebke, finished in fourth place, six seconds behind.

“It was a gnarly circuit,” Grant said. “Initially I was kind of disappointed we were only racing for 90 minutes. But 90 minutes was enough.”

Temperatures rose to the mid-80s as the 34-rider field made its way around the tight circuit that included a smattering of spectators along the route.

Grant said she and her team tried to make the lead group a small pack of riders early on, so they could race aggressively yet still feel safe along some of the technical descents.

Grant found herself in a group of five — including both of her teammates — and made it to the line first to put the icing on the cake of a successful week in Central Oregon.

Grant, who will race in the British National Road Race later this month, called Sunday’s final stage “one of the hardest circuit races out there.” She said she loved the 2019 Cascade, which featured basically all new stages in its 39th edition.

“It felt quite epic,” she said. “All the race stages were awesome.”