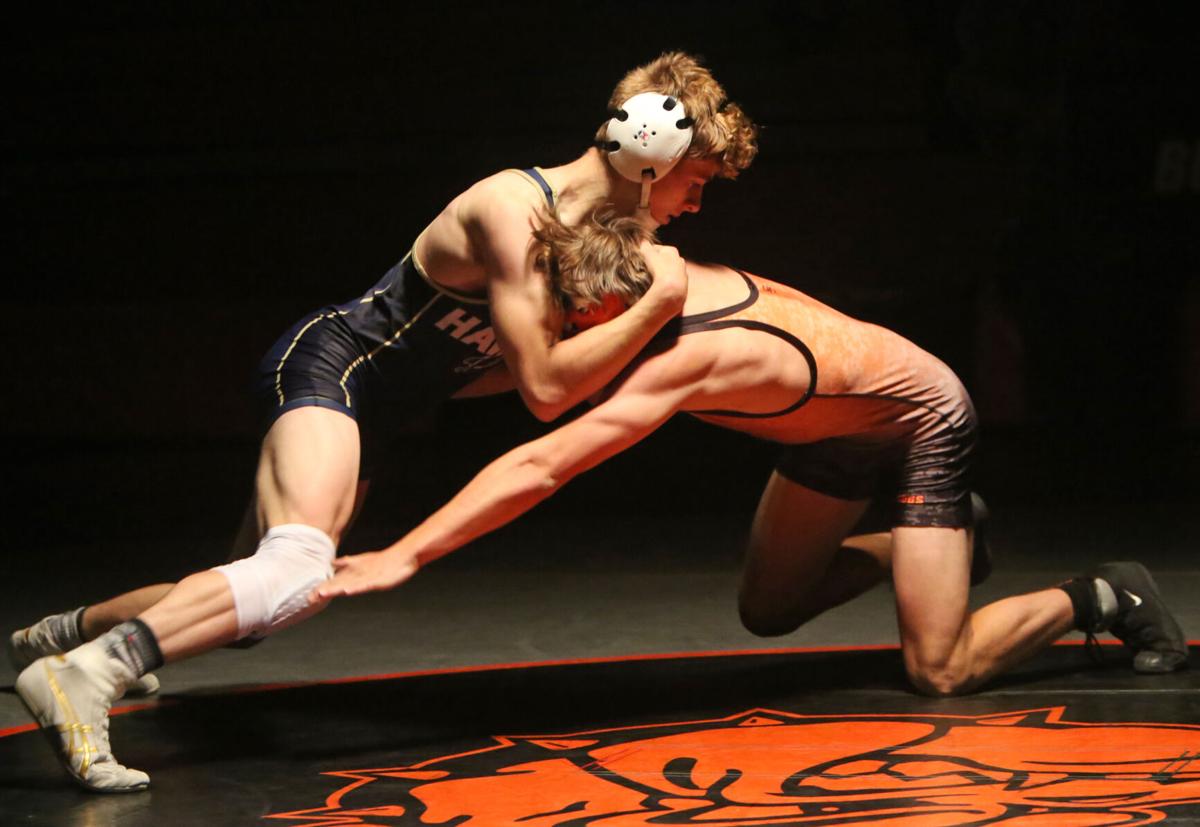 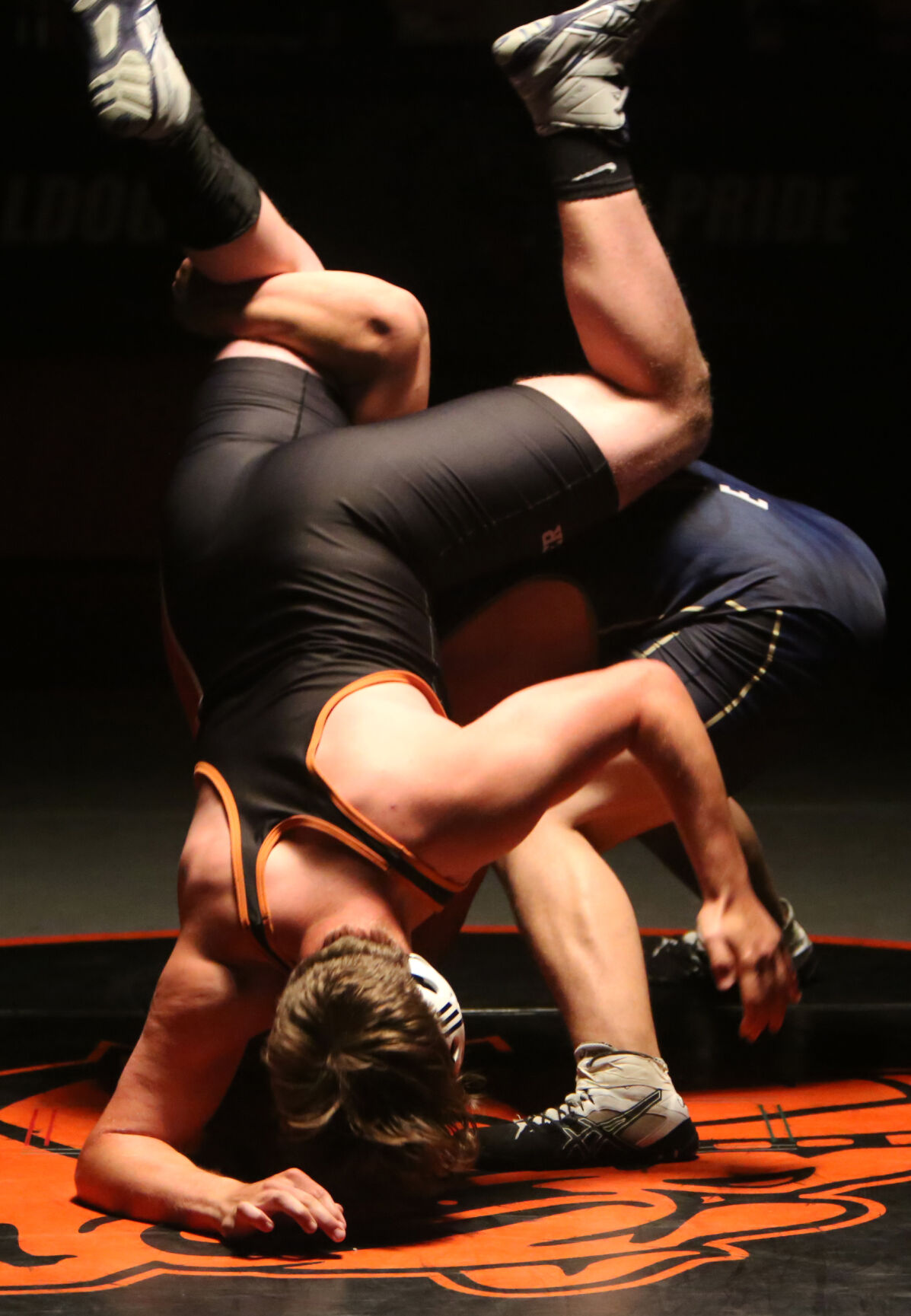 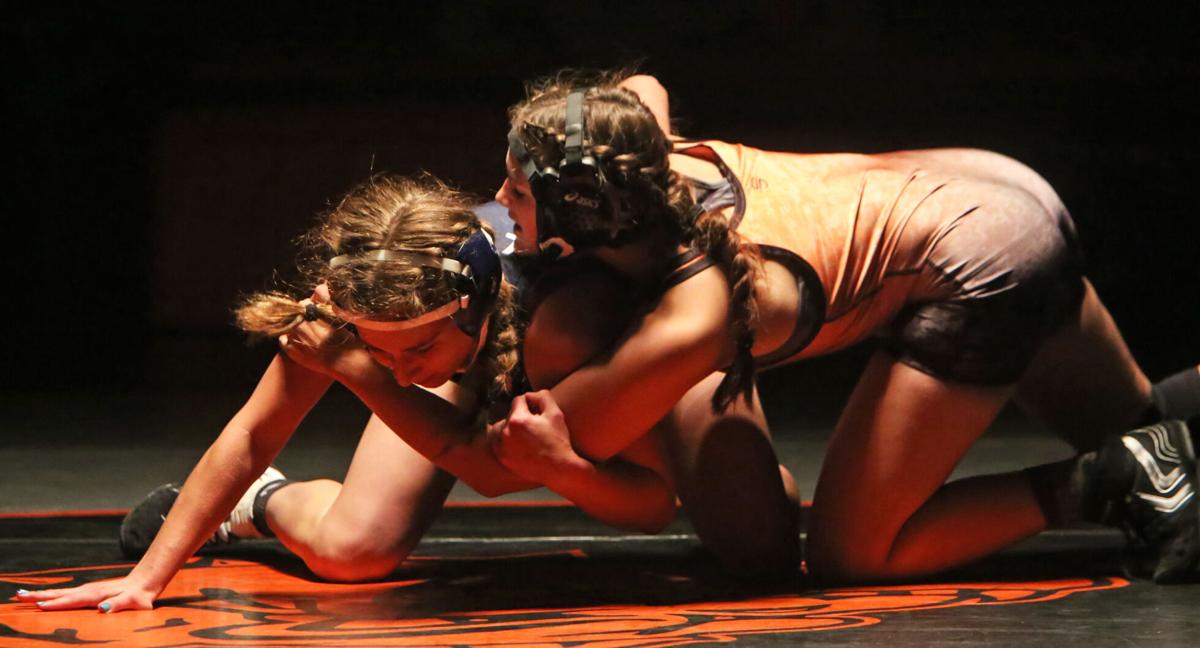 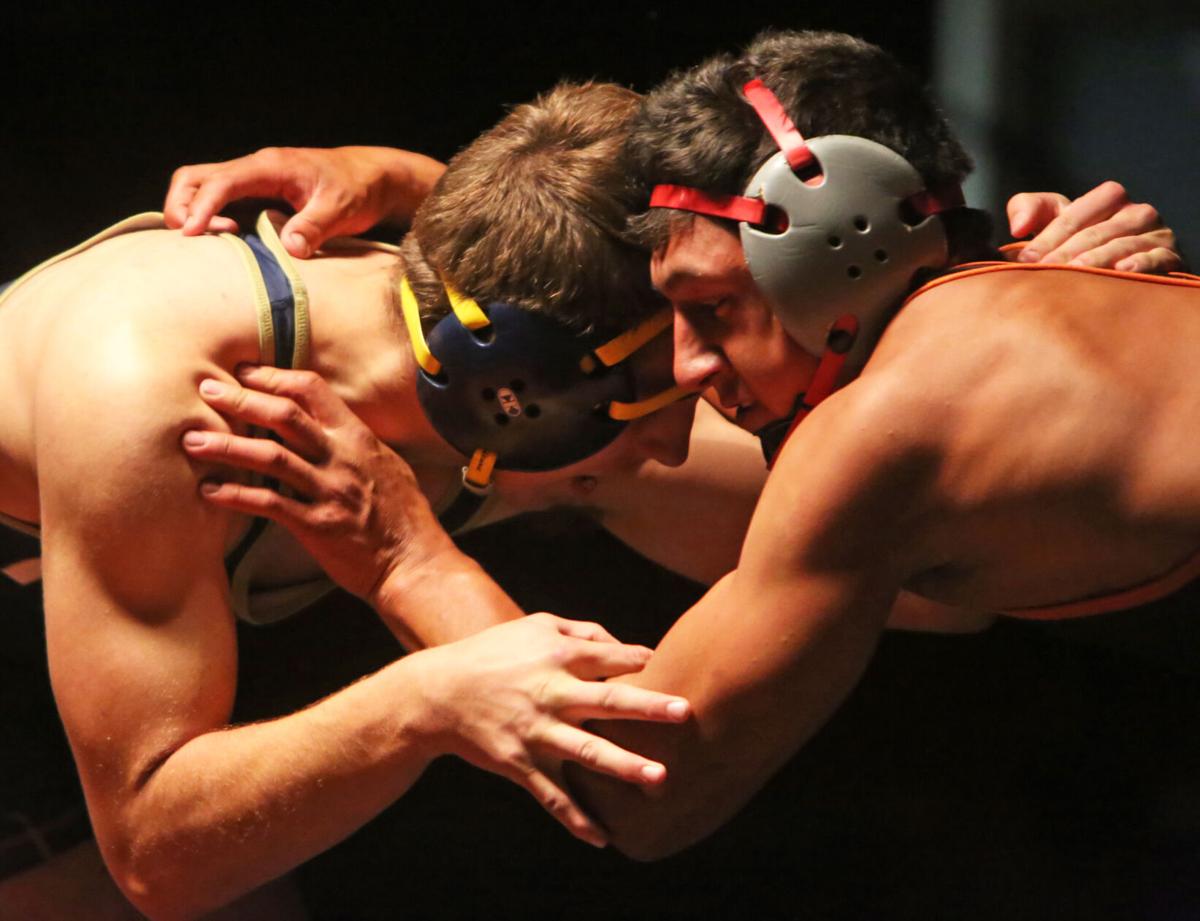 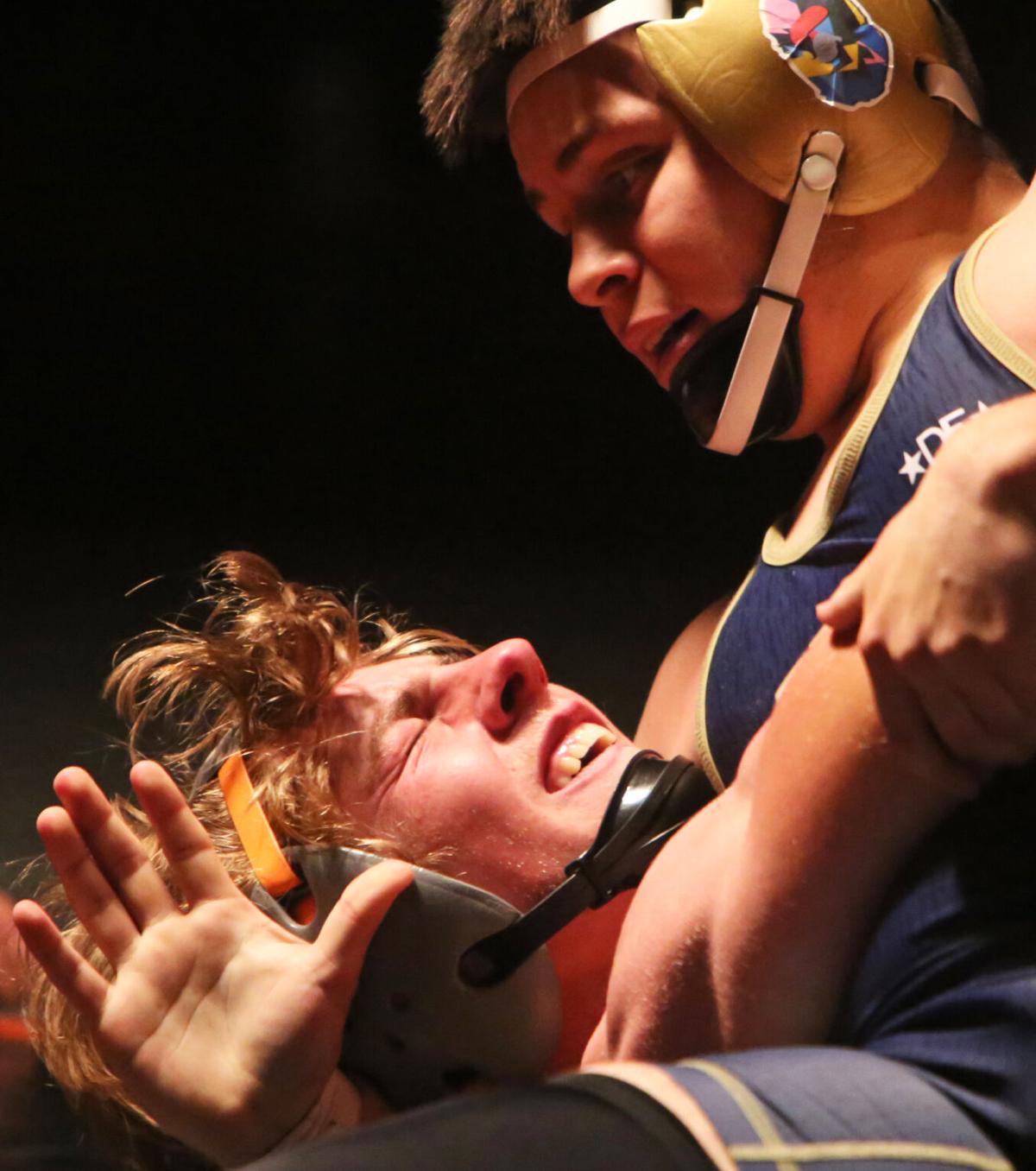 CULVER — On one hand, Tuesday night felt odd to Culver coach J.D. Alley when La Pine made the drive north to grapple on the mats for a dual meet against the Bulldogs. Graduation had already passed. The school year is winding down and the week earlier temperatures exceeded 90 degrees.

On the other hand, it felt completely normal.

“When we turn off the lights here, that’s all it is, is wrestling,” Alley said. “Me versus him.”

In a bout between two of the best wrestling programs in their respective classifications, the match between Class 2A/1A Culver and 3A La Pine came down to the heavyweights. Wylie Johnson’s third-round pin gave the Bulldogs the 48-36 victory over the Hawks.

Culver once again, even in a shortened year, feels primed to make another run at a state title, a feat the program has accomplished 12 times since 2007.

“Are we in as good of shape? No. Are our fundamentals as good? No,” said Alley two weeks prior to the 2A/1A state meet, which will be held at Sweet Home High School. “This is our sixth match. Normally we have 18. It is what it is. But I wouldn’t trade our team with any team, even the bigger ones, in the state.”

The Bulldogs had their streak of six consecutive state titles snapped last year. Finishing second prompted this year’s senior class to continue to work at their sport even though the season would extend past their graduation date. They want to hang yet another state championship team portrait in the school’s gym.

“That is still in our minds and we are working to bring the trophy back to our room,” said senior Anthony Hood. “The whole team wants it, especially us seniors.”

Meanwhile, La Pine, the 2019 3A state champion, is working to make up for lost time as it approaches the final stretch of the season.

After just one practice, a COVID-19 outbreak at La Pine High School sent the school into quarantine after nearly half of the staff and student population tested positive for the virus in late May.

That forced La Pine to take a two-week break from all athletic activities — no practices and no competitions — during the already shortened season.

“That was the hardest part about the two weeks — I wasn’t able to do anything with them,” said La Pine wrestling coach and athletic director Aaron Flack. “But luckily we had good leaders that stepped up and got the team going every day doing workouts. They were sucking some wind tonight, so it definitely hurt to be off for two weeks, but it is good to be back.”

While the team was on a break, Flack made his wrestlers promise that they would continue to train even while they could not practice at the school.

That led to early morning runs and meeting up at different houses, led by the senior wrestlers.

“I think that made our team a lot stronger and a lot more connected than other teams,” senior Dylan Mann said. “Because we had to go through this together and work together outside of practice.”

This weekend La Pine will host its regional tournament before competing in the 3A state meet, which will be held in Redmond on June 26. There is a lot to get done between now and then for the team that has just two practices and one meet under its belt this spring.

“I’m excited,” Mann said. “Now we are still grinding. We have only wrestled for a week so we need to get that cardio up as much as we can in two weeks to perform at our highest ability at state.”