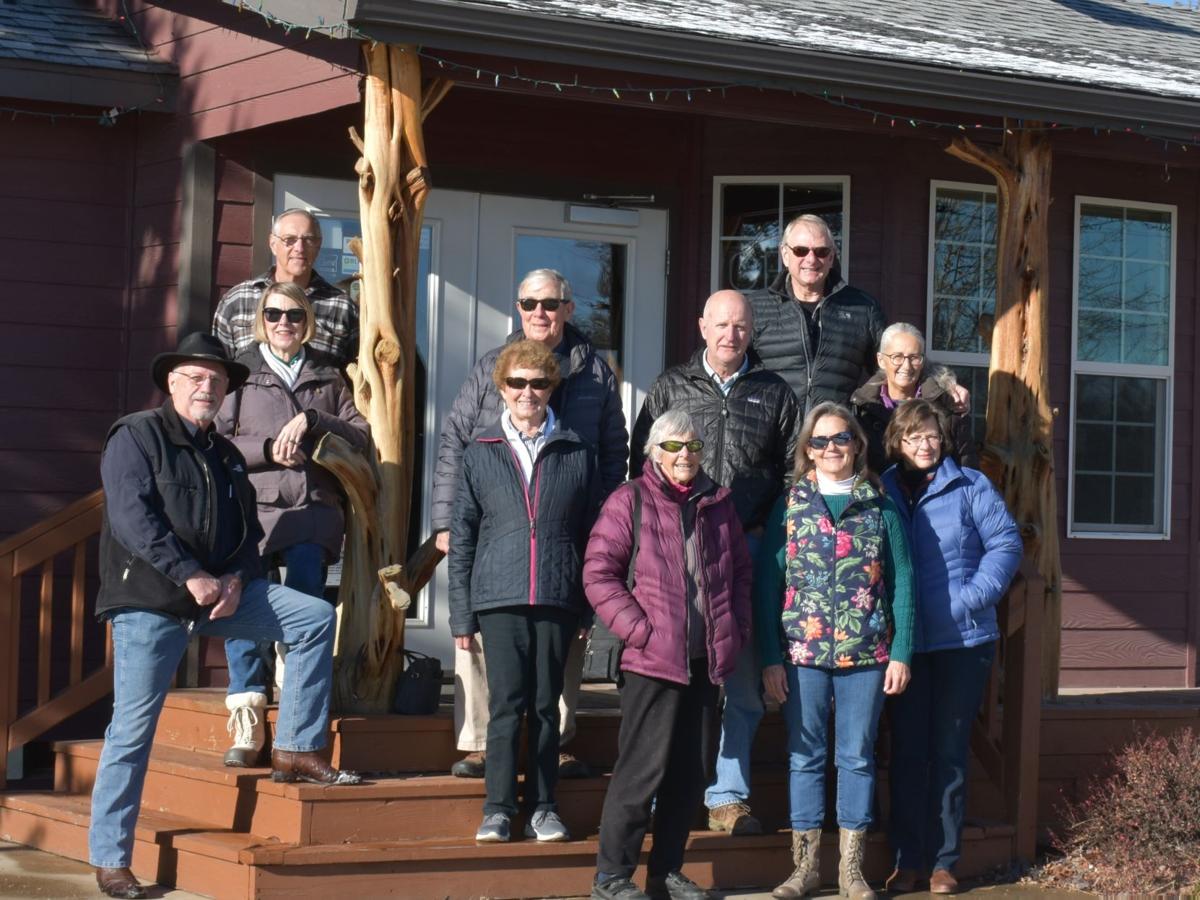 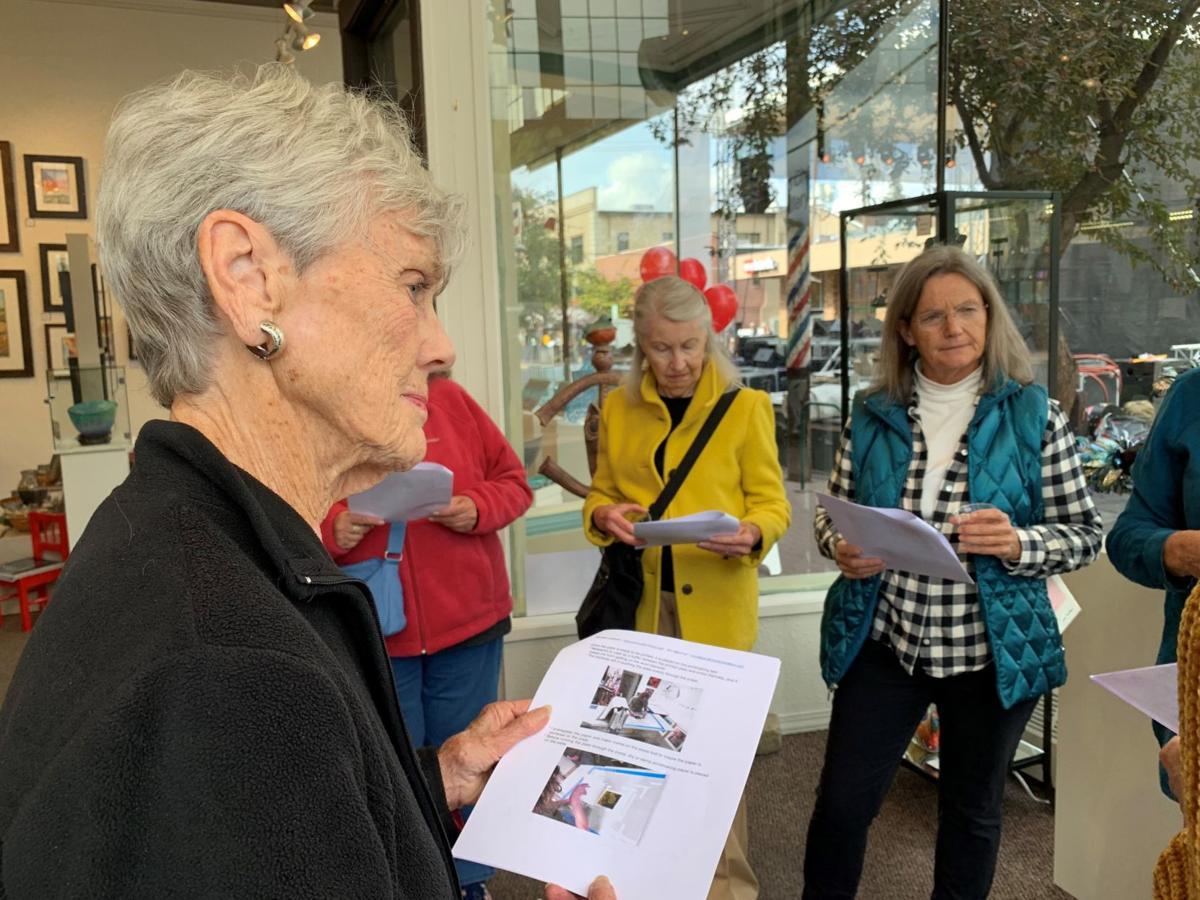 In the Three Sisters Room of Elks Lodge No. 1371 in Bend, the discussion turned to liquid mercury.

Carolyn E. Tate, Professor Emerita of Pre-Columbian and Native American Art History at Texas Tech University, presented her audience with a mystery: How did liquid mercury end up under the Pyramid of the Feathered Serpent at the ancient city of Teotihuacan in Mexico?

It wasn’t the first question posed during Tate’s two-hour lecture last week that sparked raised hands and lively discussion — and it wouldn’t be the last.

“Teotihuacan: Facts and Mysteries of an Early American Metropolis” was the fourth and final part in a lecture series presented by the University of Oregon’s Osher Lifelong Learning Institute (OLLI-UO).

OLLI-UO’s chapter at the University of Oregon is part of a national network of university-affiliated learning communities that offers college-level courses to intellectually curious adults looking to stay engaged in a life of learning. Alongside its sister chapter in Eugene/Springfield, OLLI-UO in Central Oregon arranges lectures, discussion groups and field trips that cover an array of topics, from culinary history to Taoism. In November, OLLI members can attend video presentations of courses by historian Edward T. O’Donnell and physicist Don Lincoln, tour the Bend Seed Extractory, or join a session of “Writer’s Bloc,” a weekly writing workshop held at the Deschutes Historical Museum.

Bend resident John Rhetts, 77, has been an OLLI member for three years. A retired psychologist and university professor, Rhetts regularly attends lectures and has volunteered to teach OLLI courses on cognitive psychology and digital photography.

“Where are you going to find somebody with this woman’s depth of knowledge and hands-on experience in Central America?” he said, referring to Tate.

Indeed, many members cite the qualifications of the OLLI instructors — all of whom are unpaid volunteers — as a factor that keeps them consistently engaged in the program’s offerings. But members are just as likely to benefit from the experiences of those within their ranks, many of whom boast accomplished careers in a variety of fields. Next month, OLLI members Ron and Elizabeth Polidan will give a lecture titled “Exploring the Universe with Telescopes,” during which they’ll discuss dark energy, exoplanets and the formation of galaxies. Elizabeth, a biomathematician, worked for NASA and contributed to the development of the James Webb Space Telescope. Ron is an astrophysicist with more than 40 years of research experience.

“Within our membership we have astrophysicists, a microbiologist, a former Oregon Attorney General, medical surgeons, school administrators, healthcare professionals, and several university professors,” said Heather Inghram, the University of Oregon’s Central Oregon Program Manager. “OLLI relies heavily on its member-leaders — all volunteers — to serve on the Governing Council, various committees, and to put on programs.”

Although many OLLI members enjoy sharing their knowledge and talents, the only requirement to attend events is a paid six-month or year-long membership for $105 and $180, respectively. Members are allowed to attend as many one-time lectures, ongoing classes, discussion groups, Shared Interest Groups (SIGs), events, and social gatherings as they’d like.

OLLI’s Central Oregon chapter recently launched a one-month trial membership, which allows the public to attend any activities that do not require registration for a full month, before deciding whether to commit to a six-month or one-year membership.

Bend resident Nan Loveland, 72, is a recent addition to the OLLI scene. She started coming to classes with her husband, Daryl, at the urging of friends. “We got the one-month free pass, so here we are,” Loveland said. “I love it. This is fun.”

Those interested in a more expedited sampling of OLLI offerings are invited to the “Experience OLLI” event Nov. 8 at Elks Lodge No. 1371. From 9:30 a.m. to 12:30 p.m., attendees can participate in a variety of programs, including “Brain Myths Exploded: Lessons in Neuroscience” and a talk on Han van Meegeren, one of history’s greatest art forgers.

Admission is free, but advanced registration is required. Click here to register and view the full schedule of offerings.