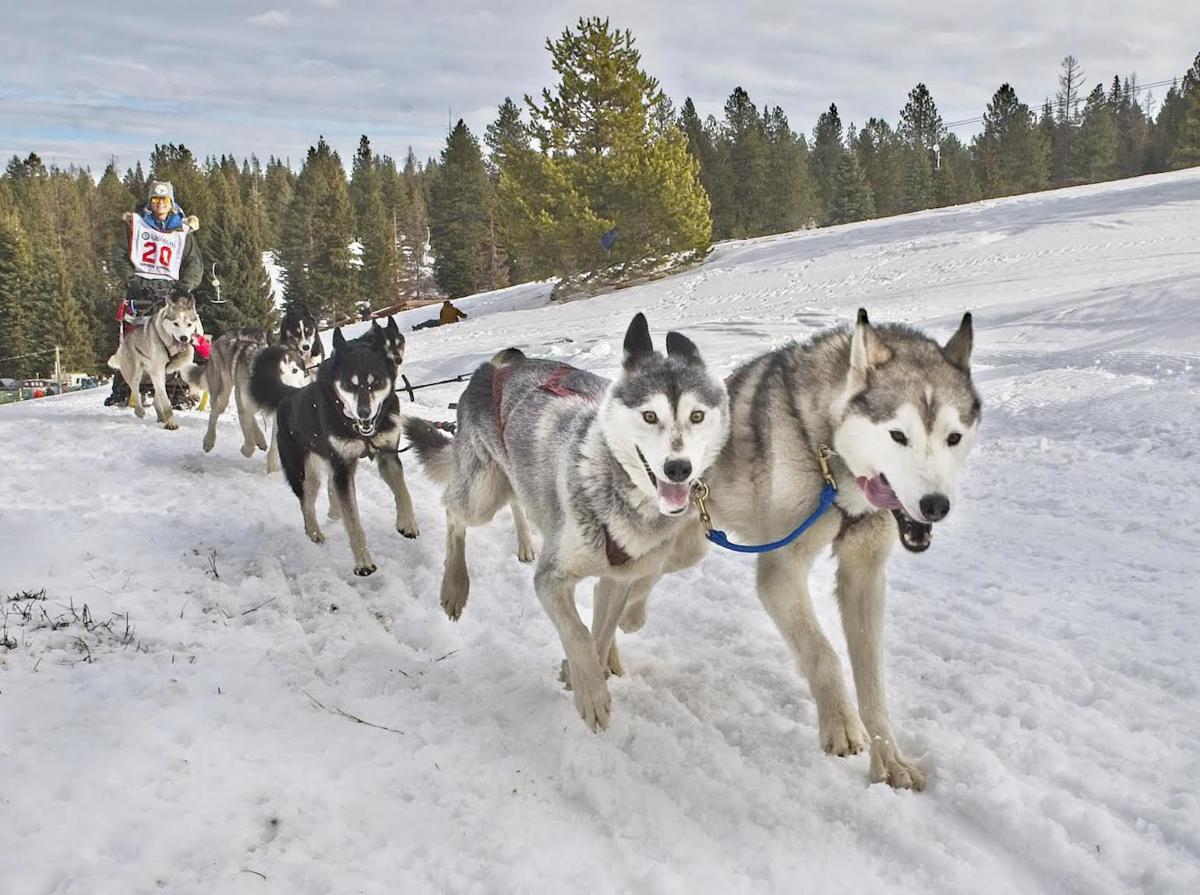 Jane Devlin, of Bend, takes her team up the first hill of the 100-mile race. She took her time with her young team and won the red lantern award as the last musher in. 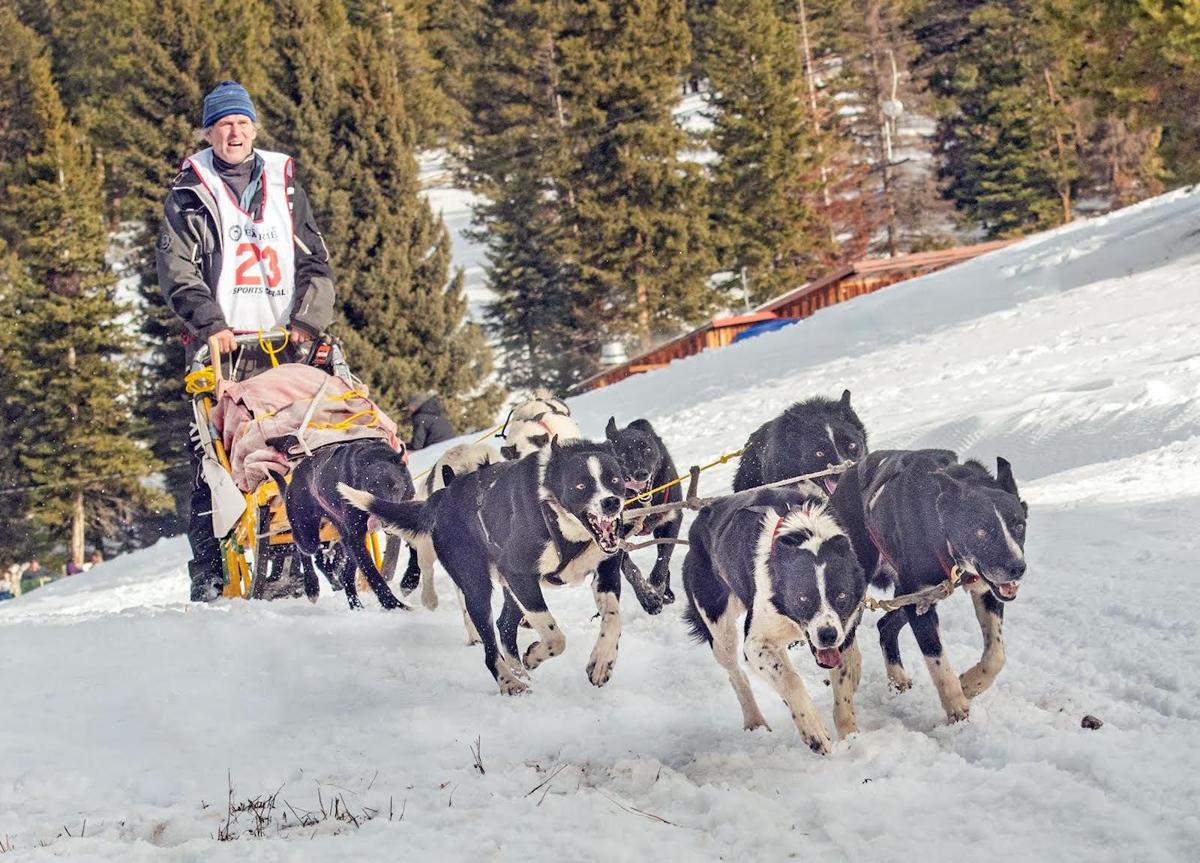 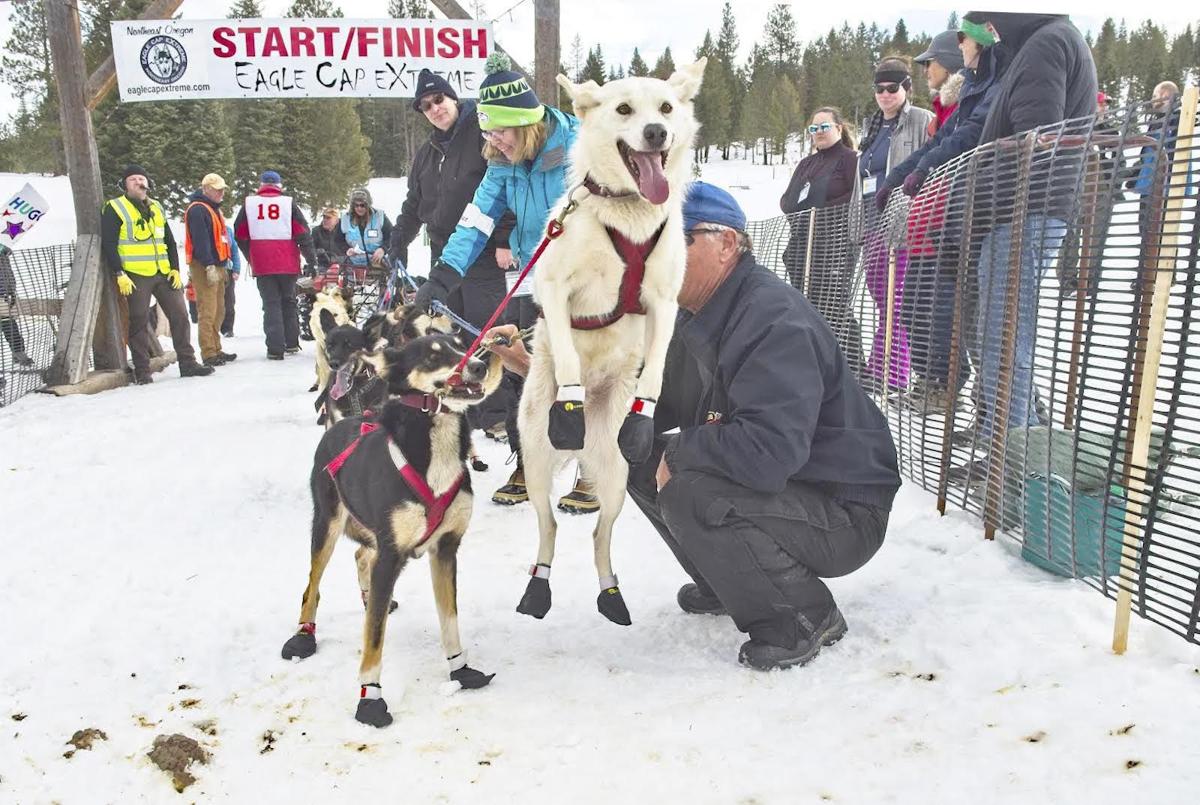 Hugo Antonucchi’s lead dog is anxious to get started in the 100-mile race at the 16th annual Eagle Cap Extreme Sled Dog Race in Wallowa County. 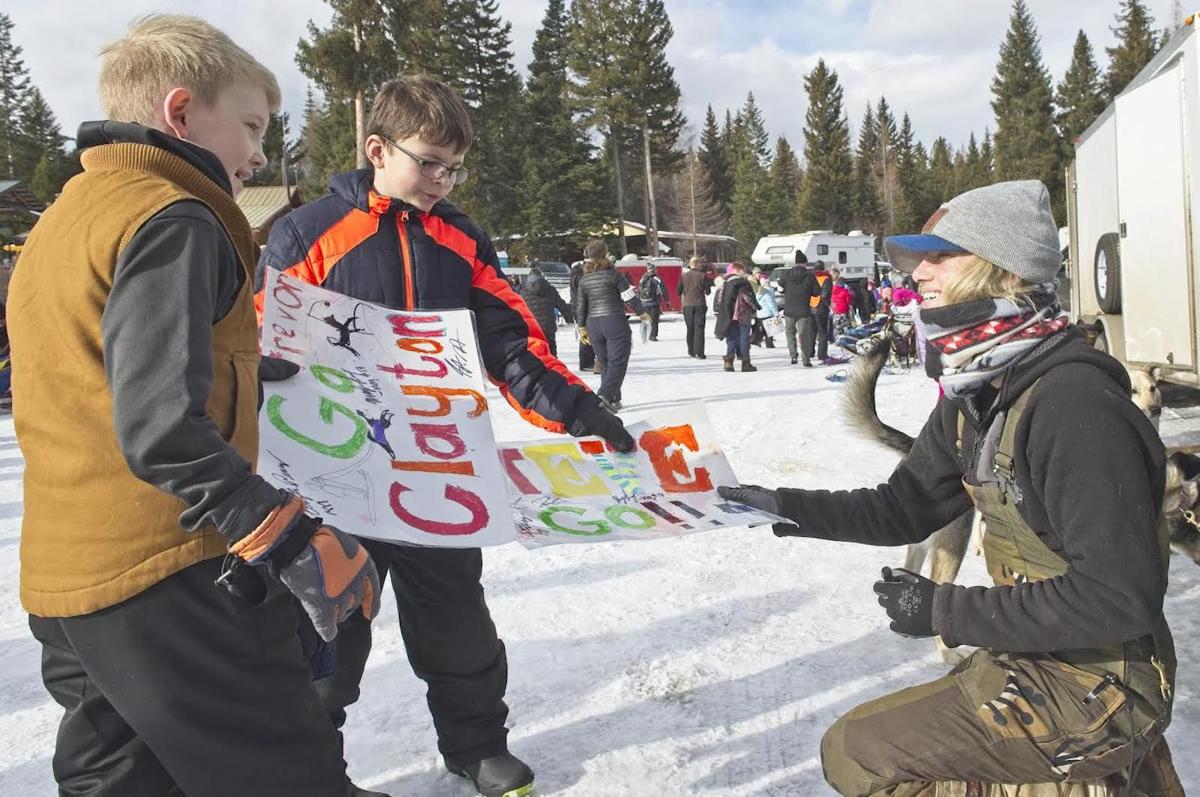 Jane Devlin, of Bend, takes her team up the first hill of the 100-mile race. She took her time with her young team and won the red lantern award as the last musher in.

Hugo Antonucchi’s lead dog is anxious to get started in the 100-mile race at the 16th annual Eagle Cap Extreme Sled Dog Race in Wallowa County.

JOSEPH — The Eagle Cap Extreme Sled Dog Race in Wallowa County made a bit of history over the weekend.

For the first time in the event’s 16-year history, the top two places in the 200-mile race were female.

Gabe Dunham, of Darby, Montana, crossed the finish line first in the premier 200-miler. She was third in the race in 2019, but this was her year to take home the top trophy and $1,700 prize money.

Even though Dunham paused to put two tired dogs on her sled rather than have them run the last few miles, her time of 32 hours, 10 seconds was close to a record for the event and qualified her to compete in this year’s Iditarod Trail Sled Dog Race in Alaska.

“I could see Josie’s lights behind me,” Dunham said. “And I thought to myself, ‘I haven’t trained this hard and come this far to lose the race.’”

The 2020 version of the Eagle Cap Extreme certainly had a female flair to it. The annual Wallowa County event featured racers from across the western U.S. and as far away as Europe. Half of the 40 entrants were women and more than half of the finishers were female.

Hometown hero Morgan Anderson added to the historic nature of the event.

Anderson finished fifth in a starting field of 12 in the 200-mile race. She competed in the Eagle Cap Extreme three times previously. Now a sophomore at Montana State University majoring in wildlife biology, Anderson said she hopes to run the 200 — and its 29,381 feet of total relief — again next year if she can find a team of dogs to race.

Mark Stamm, of Riverside, Washington, won the highly competitive 100-mile race. The next three finishers crossed the finish line within two minutes of one another. And only two seconds separated third-place finisher Emily Gibson, of Carlton, Washington, from fourth-place finisher Laurie Warren, of Council, Idaho.

Bend resident Jane Devlin was in no hurry in this year’s 100-mile race. She took the red lantern award as the last musher in.

“The trail was pretty slick, and in places where there was a cliff on one side, I treated it more like a training run,” she said. “I wanted to teach my team of young dogs to stay away from the edge.”

Charlotte Burkhardt, of Oggau, Austria, won the 31x2 mile event — 31 miles on each of two days — with a doughty performance.

She won the junior race in 2017 when she was an exchange student living with Morgan and Craig Anderson. This year, she was in Wallowa County for a visit and “wasn’t planning on racing, but just helping Morgan and Craig, and helping out with the race,” she said.

But when Warren offered Burkhardt a sled and team of six dogs to race, she couldn’t resist.

Burkhardt won the first 31-mile leg of the race. She came in first on the second day as well — but not before hitting a rough and icy patch on the trail coming down toward the finish. Thrown off balance, she grabbed the side of the sled and was dragged for several hundred yards. She got back on the sled and finished with a smile.

“I yelled at the dogs but they didn’t pay much attention,” she said. “I think they finally realized the sled was harder to drag than usual, and they stopped.”

Editor's note: This story has been corrected. In the original version, the last name of Gabe Dunham was incorrect.

The Bulletin regrets the error.