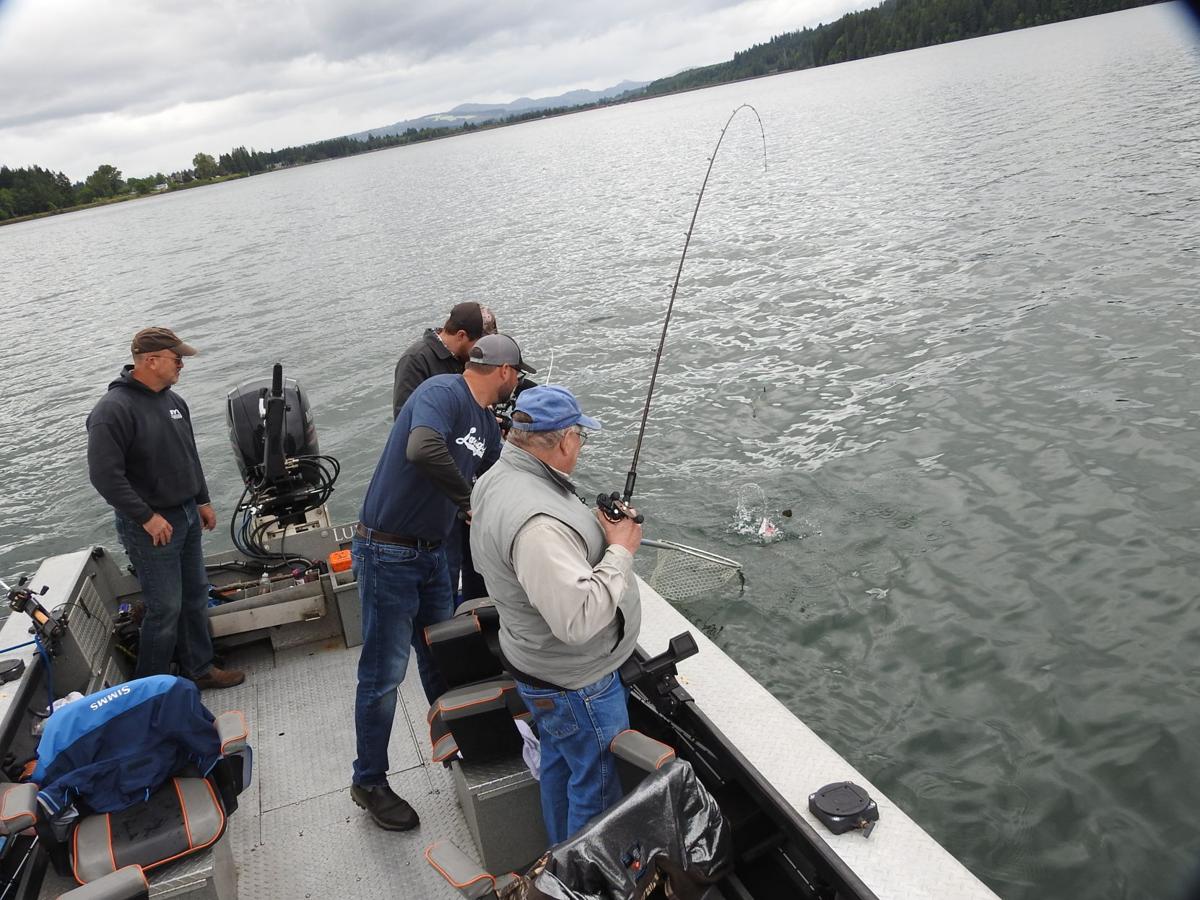 Bill Kremers battles a rainbow trout while Josh Hopkins waits with the net on Foster Reservoir near Sweet Home. 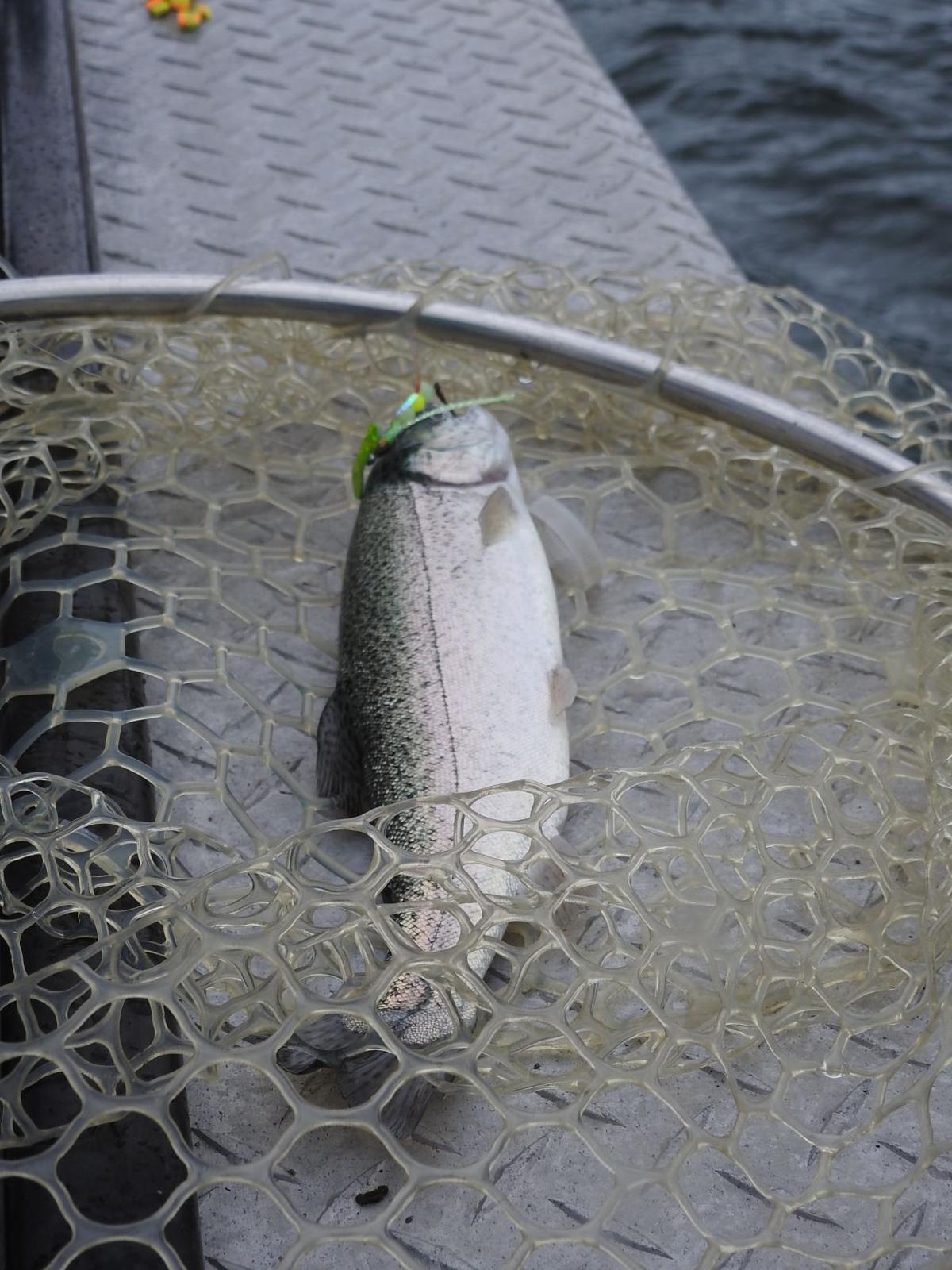 Foster Reservoir is located near Sweet Home. There is good bank access at several rest stops and campgrounds, and three seasonal boat ramps. 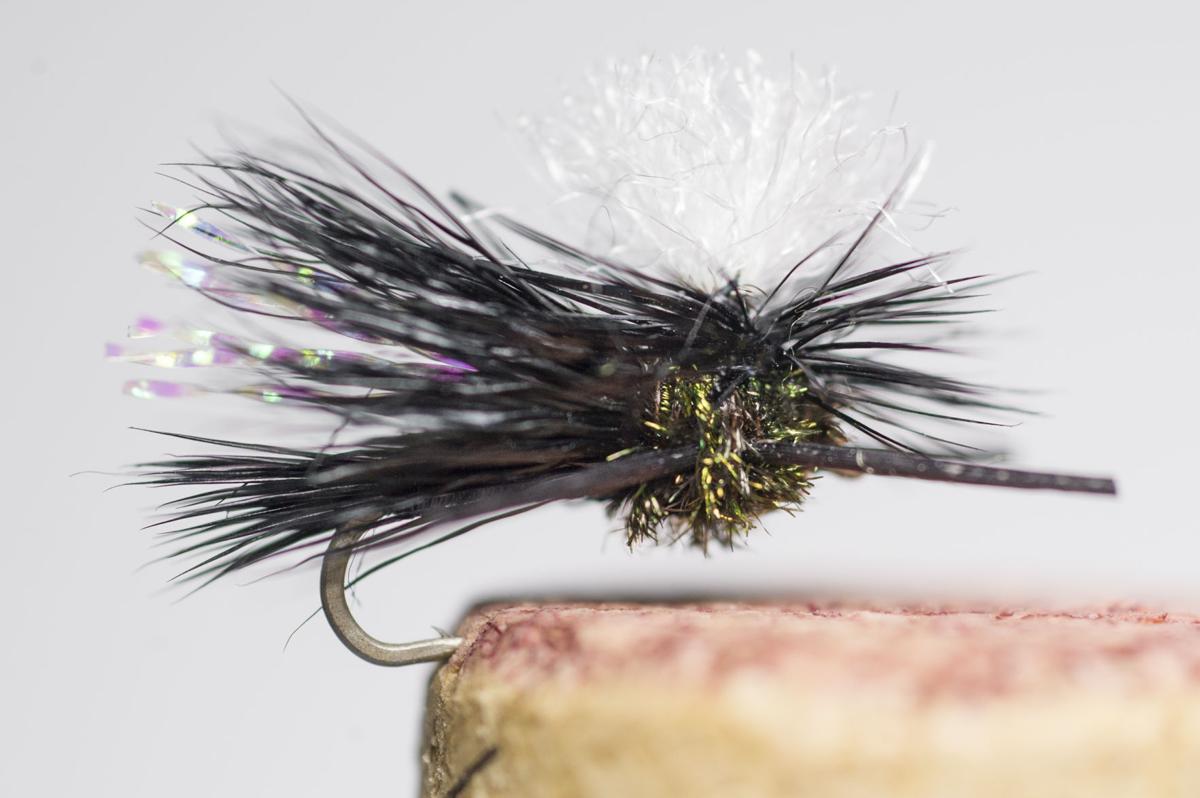 Bill Kremers battles a rainbow trout while Josh Hopkins waits with the net on Foster Reservoir near Sweet Home.

Foster Reservoir is located near Sweet Home. There is good bank access at several rest stops and campgrounds, and three seasonal boat ramps.

We were running late when we hit the meet-up point where the South Santiam River flows into Foster Reservoir. We parked alongside Damon Struble's black Chevrolet and shook hands with Struble, Josh Hopkins and Bill Kremers.

They had driven in from Albany and Corvallis and then Struble, who owns Nomad's Fishing Adventures, locked his keys in the truck. Oops. We've all done it.

Tim Wehde and I walked to the bridge and looked out over the water while one vehicle went back to town.

An hour later, after Struble retrieved a spare set of keys, we put the boat in the water.

A handful of anglers were fishing from the bank near the launch. There seemed to be no shortage of fish. Every few minutes, a fisherman would do battle with a rainbow for the right to have it for dinner.

The South Fork Santiam has wild runs of spring chinook salmon and winter steelhead. And a summer run of steelhead makes its way, with a little boost, back up into the skinny summer flows of the South Fork above Foster.

We were here to fish for trout and I was curious to see if there were enough smolts in the reservoir to catch an incidental few while angling for hatchery fish.

All hatchery trout that are stocked in Foster come with an adipose fin clip. An angler should look for the presence or absence of an adipose fin before bringing the fish into the boat.

The Santiam River is tributary to the Willamette above Willamette Falls, which means that any fish that pass through the dam at Foster and head out to the ocean have to negotiate that obstacle on the way down. And on the way back up, they are subject to predation by sea lions, especially the ones that camp out in the fish ladder at the falls.

It wasn't long ago that we were on the verge of losing one or more wild steelhead runs because of these aggressive predators. Now it appears that the state has the political will to remove enough of the pinnipeds that our upstream steelhead and salmon runs have a fighting chance.

Wild steelhead are precious in the skinny waters of the South Fork Santiam.

Trolling at the Confluence

Instead of traditional trout gear, we elected to troll with dodgers and little hoochies and spinners like we would use for kokanee. Instead of putting corn on the hook as we would do for kokanee, we used trout attractants like Pro-Cure's trophy trout.

Moments after our baits went in the water we had the first bite. And then a second fish grabbed and the hook stuck.

Foster Reservoir is a 1,220-acre impoundment east of Sweet Home on the South Santiam River. There is good bank access in several places and three boat ramps. The Oregon Department of Fish and Wildlife stocks over 21,000 legal hatchery rainbows each season. Some anglers fish for smallmouth and yellow perch, which can reach 12 or 13 inches.

We headed straight for one of the best trolling zones, just off the point that separates the South Fork from the Middle Fork. Struble says anglers should prospect in water 20 feet and deeper.

The fish came fast. Each of the first few trout measured 10 to 12 inches and then we brought in a hard-fighting trout with an intact adipose. It was a wild summer run steelhead smolt, the fish ODFW is protecting in the Santiam. Keeping it wet, we took the hook out and made sure it kicked its way back to deep water.

Although we got a late start, we caught 20 rainbows in an hour plus one more steelhead smolt.

A lot of anglers target the hatchery legals for quick limits, but a few regulars fish the reservoir year-round, targeting the "holdover" trout, the fish that make it through the main fishing season and survive the winter. These fish run 14 to 18 inches or bigger. Struble recommends traveling further up the arms of the reservoir to troll for those rainbows in the moving water.

When planning a trip to fish mountain and desert streams, consider that the fish will be eating terrestrials and if the fish are pressured in any way, they will likely have seen many variations on the grasshopper. You can bet they eat crickets. And crickets are a favorite food for bluegill and crappie, too. Tie up a few and fish them this summer.

On a lot of days, a dry fly can outfish any sort of live bait and this Para Cricket is a good bet. Made with deer hair and sporting rubber legs, it will float better than a real cricket and will last a lot longer too.