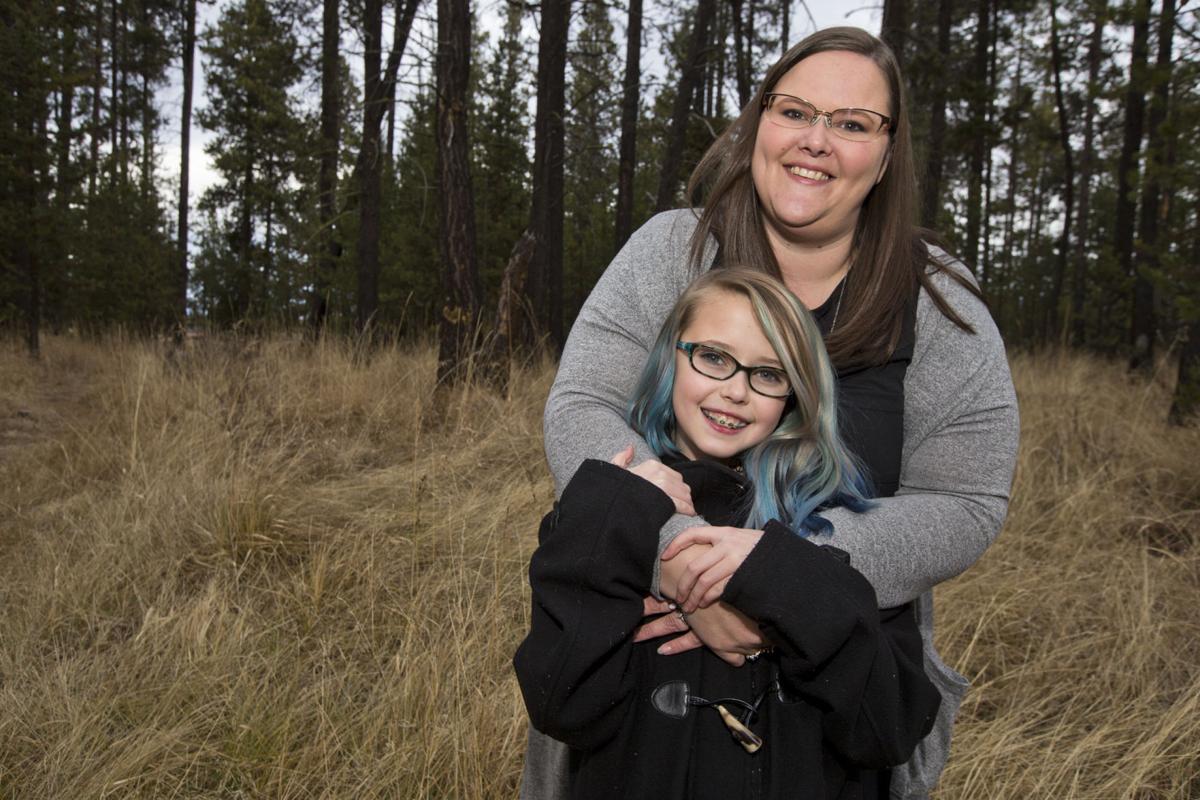 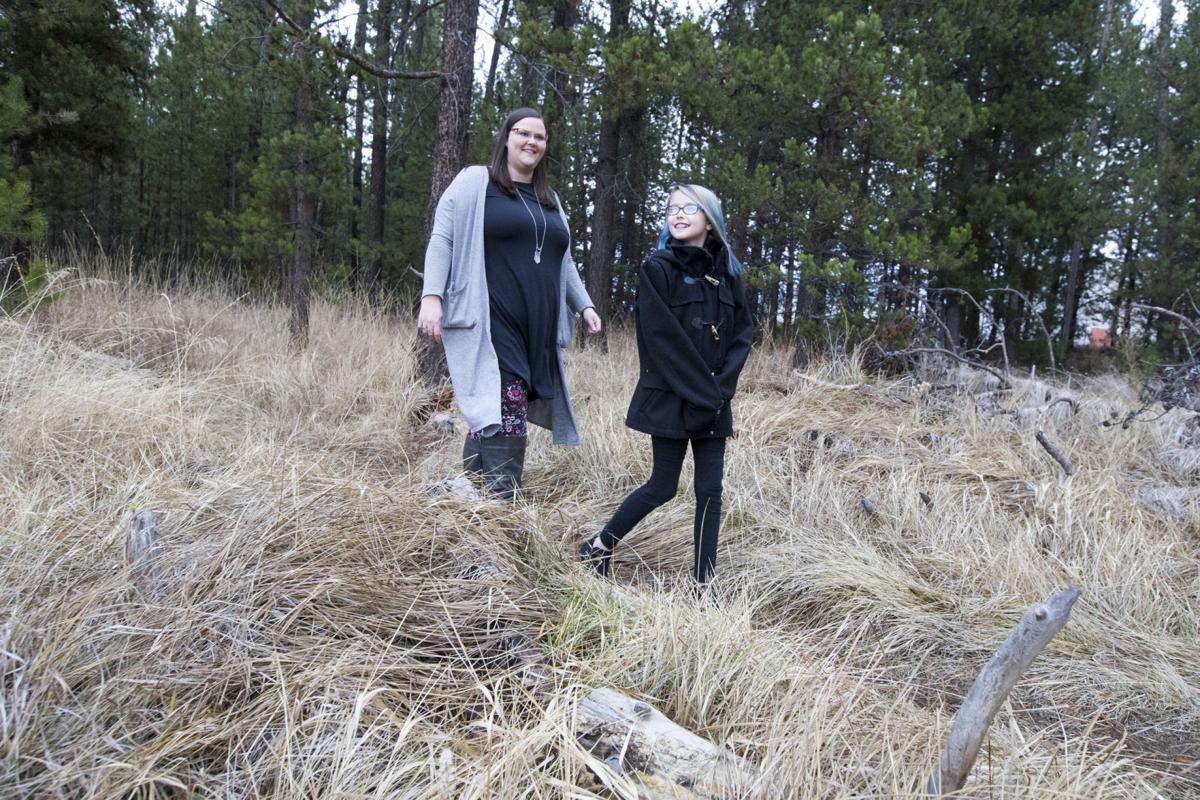 Amanda Johnston, left, and her daughter, Payton Johnston, 12, who both will volunteer with a new wildlife rescue nonprofit called Think Wild, walk together on a wooden path near La Pine Middle School on Nov. 26, 2018. (Andy Tullis/Bulletin photo) 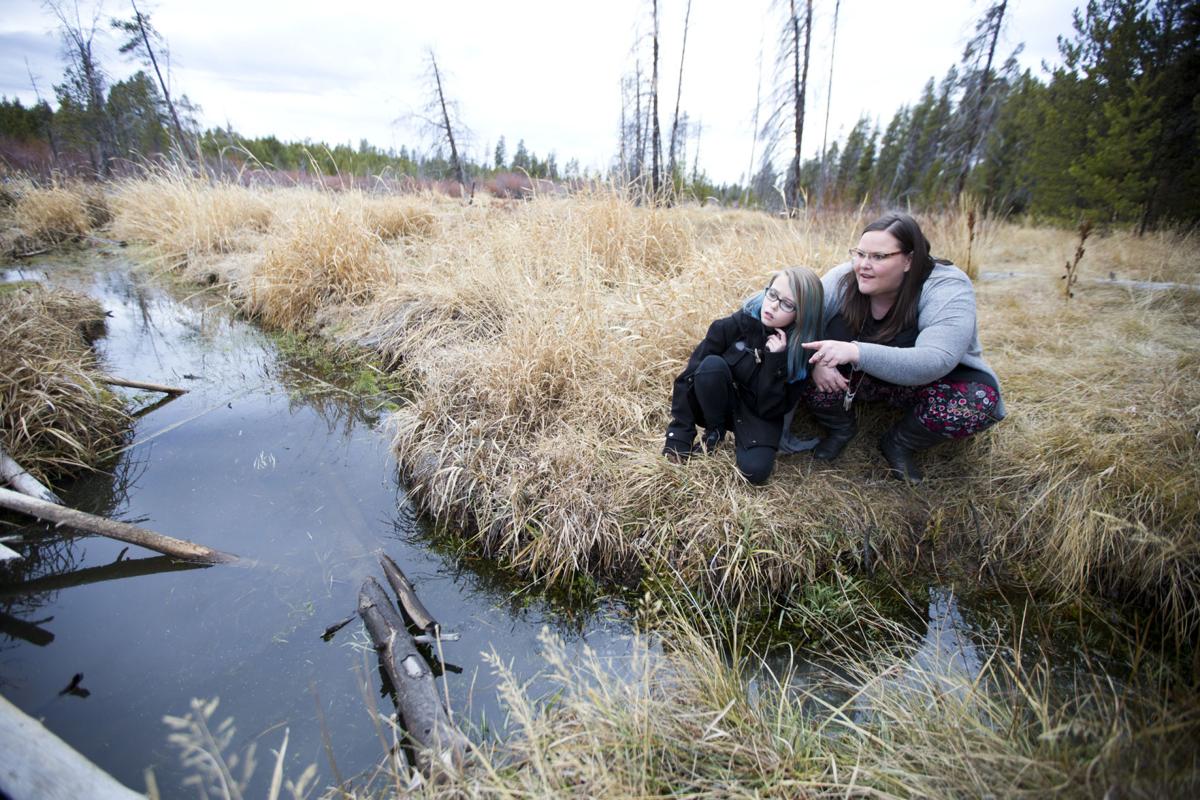 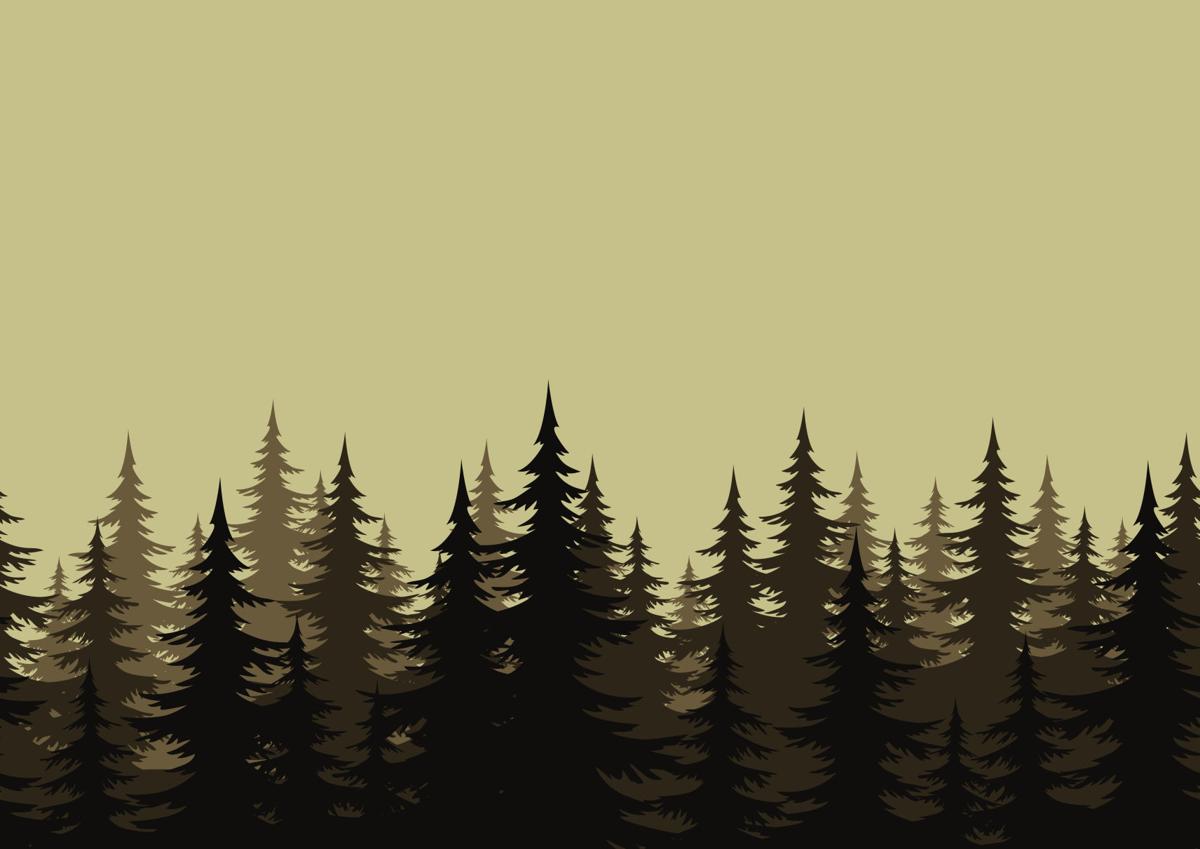 Amanda Johnston, left, and her daughter, Payton Johnston, 12, who both will volunteer with a new wildlife rescue nonprofit called Think Wild, walk together on a wooden path near La Pine Middle School on Nov. 26, 2018. (Andy Tullis/Bulletin photo)

Since age 4, Payton Johnston has been devoted to wildlife rescue.

Her compassion started when her mother, Amanda Johnston, taught her to care for birds that flew into their home’s windows in La Pine.

Now 12, Payton not only helps her mother with wildlife rescues, including animals entangled in fences and struck by cars, but she also writes regular preventive blog posts on the website of Think Wild, a nonprofit wildlife rescue center opening in spring 2019.

“I just want to make a positive difference in our world,” Payton said. “We’re all sharing our home with these animals, and they deserve their right to it, too. I feel like we always go and destroy that stuff, and I just want to create a balance.”

The Johnstons are two of a group of volunteers, along with a skeletal staff, who are breathing new life into a Bend wildlife rescue operation that Oregon Department of Fish and Wildlife shut down in August 2016.

With a mostly new board and around $140,000 in committed funds, Think Wild hopes to leave behind the gross mishandling of its previous incarnation, the High Desert Wildlife Rescue and Rehabilitation Center.

One of its founders, Jeanette Bonomo, pleaded no contest earlier this year to two wildlife violations related to a failure to maintain required records and the mistreatment of birds at the center.

Co-founder Jeffrey Cooney, who is charged with 19 counts of second-degree neglect, will appear in court next month.

Aside from its nonprofit tax identification number and one board member, Reese Mercer, who came aboard High Desert Wildlife in July 2016, Think Wild will have little resemblance to its predecessor, organizers said.

“With High Desert Wildlife, the demand and the need in the community were so great it just snowballed out of their control in terms of the operational aspects. The need overwhelmed them,” Mercer said.

A donor has made $325,000 available in matching funds — an amount Think Wild is hoping to raise between now and this summer, Mercer said. That money would finance the renovation and finance operations for the next two to three years.

“This will make for a safer and healthier environment,” van Hilten said.

Over the past two years, Mercer has acted as interim director and recruited three additional volunteer board members: Secretary Karon Johnson has been dedicated to wildlife welfare as a district attorney; treasurer Terri Libert is the budget development and reporting manager at Oregon State University-Cascades; veterinarian Jaime Thurk owns East Bend Animal Hospital; and Mercer, who has a business background, handles marketing and technology.

A Think Wild board member secured a conditional use permit for the property from Deschutes County, which allows the nonprofit to operate as a wildlife rescue and veterinary practice.

“The board has been very focused on building an operational foundation so we’re not in the position again where we’re just taking in more animals than we’re able or equipped to care for,” Mercer said. “We’re very focused on setting strong policy, good stewardship and guidelines that are consistent with how the best organizations are doing this work.”

Think Wild will operate out of the 1,100-square-foot, converted residence off Neff Road that was gifted to the previous organization.

The building will be gutted, renovated and expanded by 500 square feet. The garage will be converted into an intensive care unit, van Hilten said.

The backyard will eventually feature enclosures dedicated to birds including, corvids, raptors, waterfowl and songbirds. Small mammals will have their own enclosures, too. The design, size and arrangement of the backyard structures and enclosures have been informed by consultations with the national and state authorities, Mercer said.

Renovations should begin in December, van Hilten said. The nonprofit intends to open in spring 2019 although it hasn’t settled on an opening date.

Think Wild will also hire an in-house, ODFW-certified wildlife rehabilitator this spring whose on-site presence will be required for volunteers to work at the Think Wild hospital. The requisite amount of volunteers will hinge on the number of animals that are brought in within Think Wild’s first year, organizers said.

At its peak activity, High Desert Wildlife had 20 to 30 volunteers with additional ones focused on fundraising measures or transportation. The former organization received about 5,000 inquiries regarding wildlife and took in about 1,000 animals each year, van Hilten said.

In Think Wild’s first year, taking in about 250 animals is a realistic goal, Mercer said. The organization hopes to raise that annual load incrementally to 750 animals in three or four years. Many of these animals are referred by a network of ODFW-certified wildlife rehabilitators who operate in their private residences.

Rehabilitating wildlife without certification is illegal, according to ODFW. While Think Wild volunteers do not need ODFW certification, they will pass through a series of in-house tests to ensure proper knowledge regarding feeding and hygienic care, organizers said. Training is commensurate with responsibility.

“A love of animals is not enough,” Mercer said.

It may be a place to start.

Payton, a sixth-grader at La Pine Middle School, became concerned about animal welfare in her own backyard.

During summer vacation in 2014, Payton asked her mother, Amanda, an educational assistant for Bend-La Pine Schools , how they could help wildlife.

Last summer, while staffing the hotline twice a week, they responded to nearly 70 wildlife rescue situations and transported nearly 20 animals to rehabilitators.

One of the most difficult rescue situations happened in 2017, when a deer entangled itself in barbed wire fence. They freed the severely injured deer and transported it to a rehabilitator who specializes in the species.

“It had hurt its whole side,” Payton said. “It was super upsetting.”

Focusing on the medical needs of the animal helps Payton remain calm during such situations, her mom said.

The deer was eventually euthanized. The Johnstons process such events by flipping through their wildlife rescue journal, which they update with details about every encounter. They like to focus on the entries where animals recover and are returned to the wild.

Preventive measures can go a long way to keeping wildlife safe. Once every two months, Payton posts to the Think Wild blog “Payton’s Wildlife Tips,” which she carried over from High Desert Wildlife.

To keep the blog topical, Payton brainstorms with her mother and van Hilten, who provides her with materials she vets from authorities such as ODFW or the Oregon Department of Transportation; van Hilten then fact-checks each entry.

Past posts cover what to do if you find an injured animal, how to be sure an infant animal has been orphaned and how domestic cats affect local bird populations.

Payton’s upcoming post details how to reduce the danger fences can pose for migrating deer and some birds.

“That was really rewarding,” her mom said. “We get to reflect on those moments when we get sad. I think that’s an important perspective for Payton to have — yeah, we do lose a few, but we help a whole lot more.”