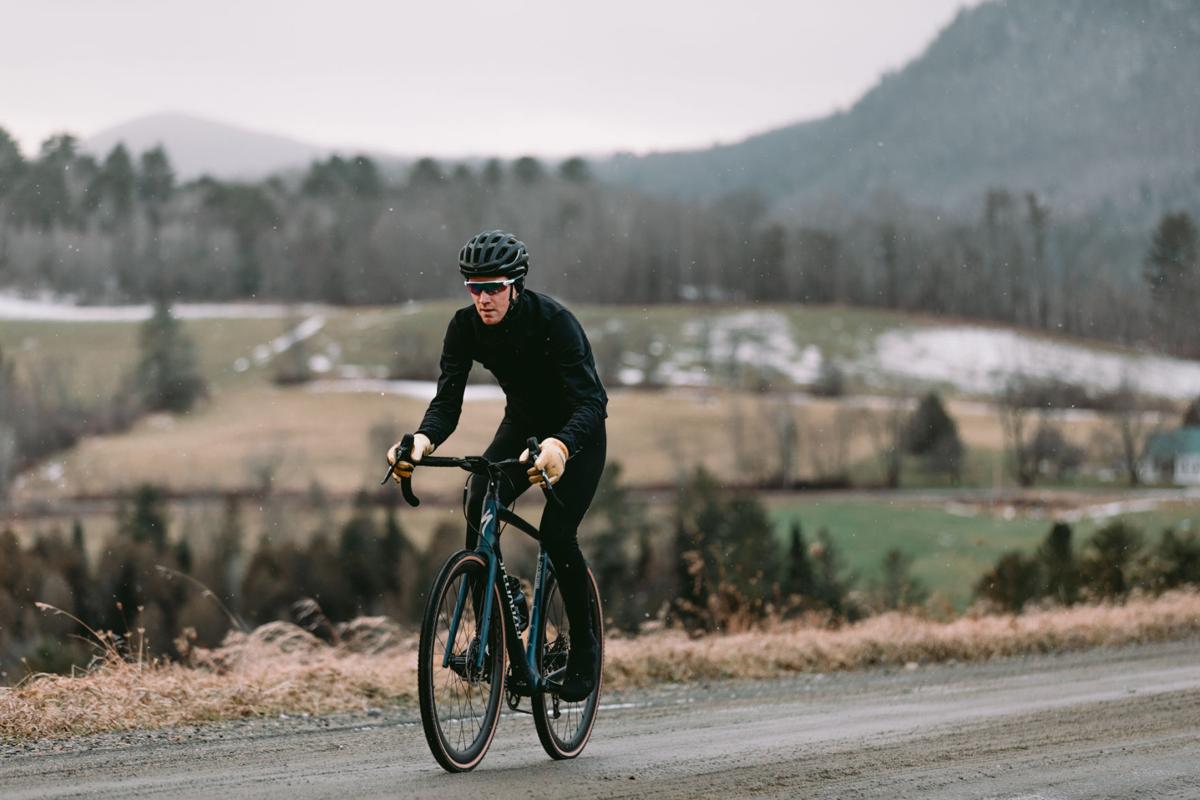 Ian Boswell rides a dirt road near his home in Peacham, Vermont. 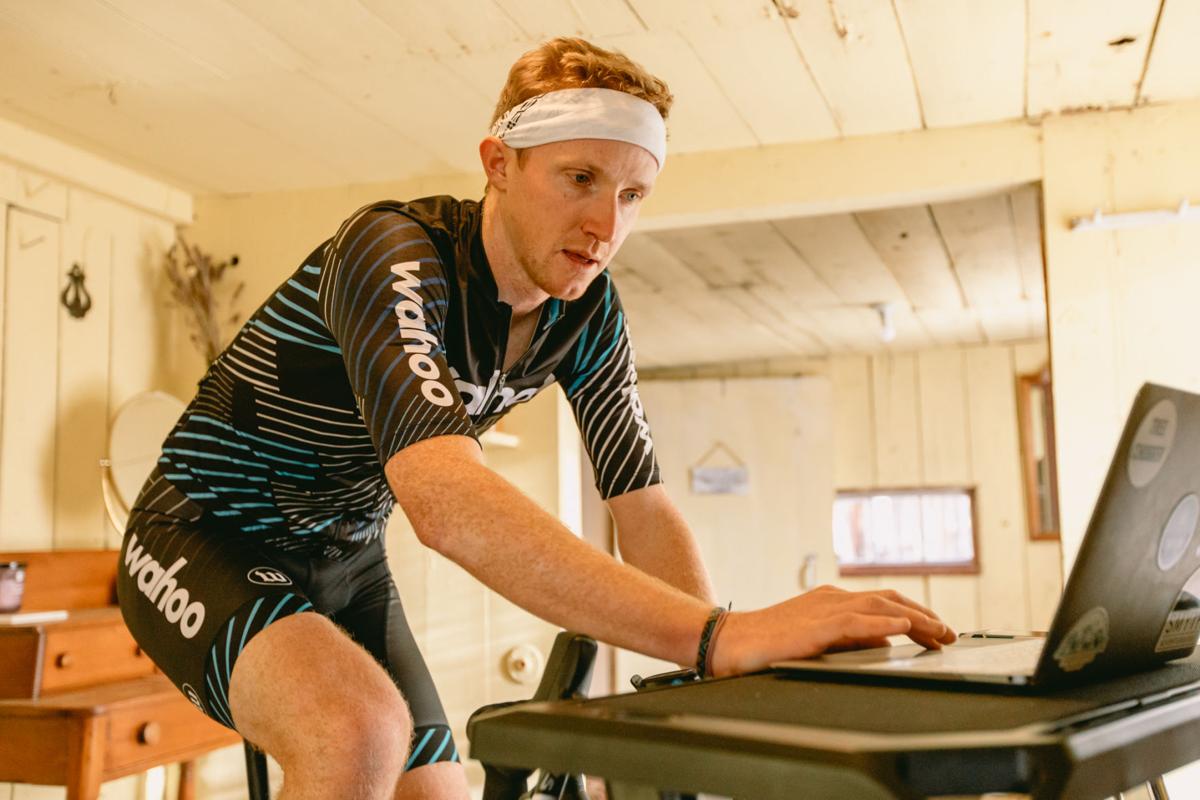 Ian Boswell on his training bike at his home in Peacham, Vermont. 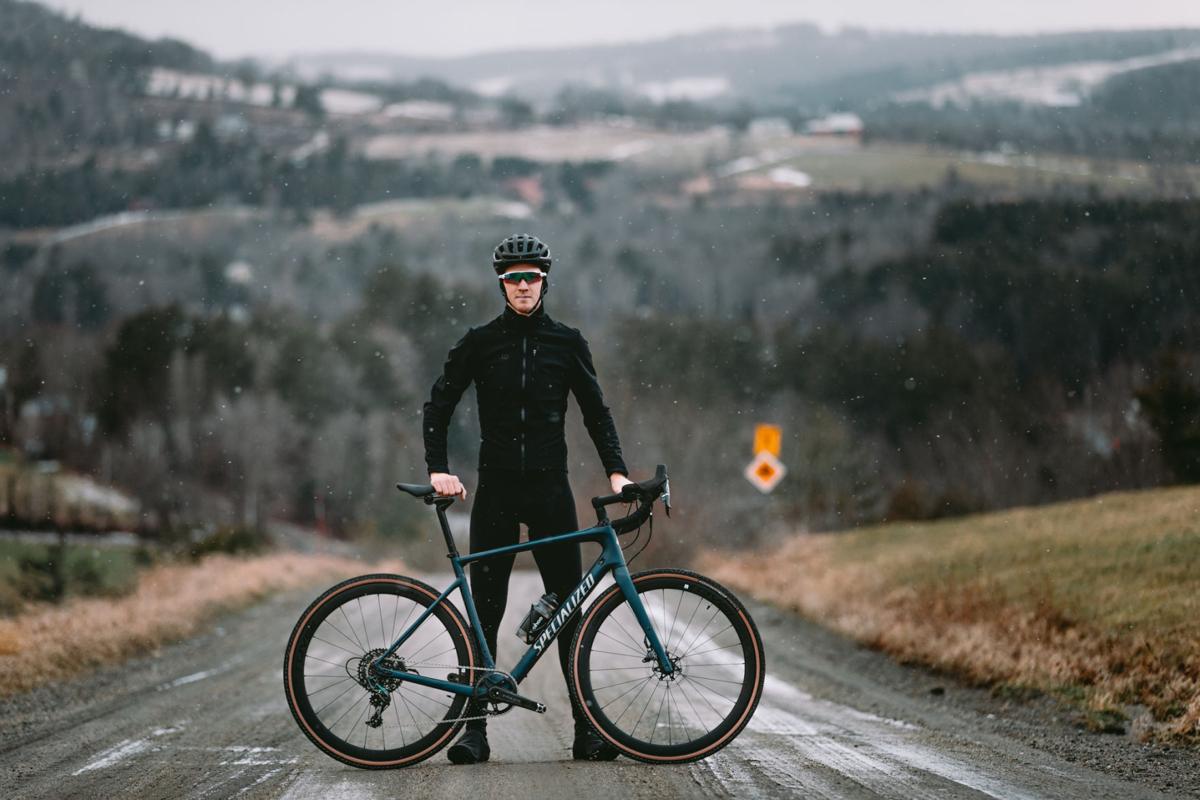 Ian Boswell pictured near his home in Peacham, Vermont. 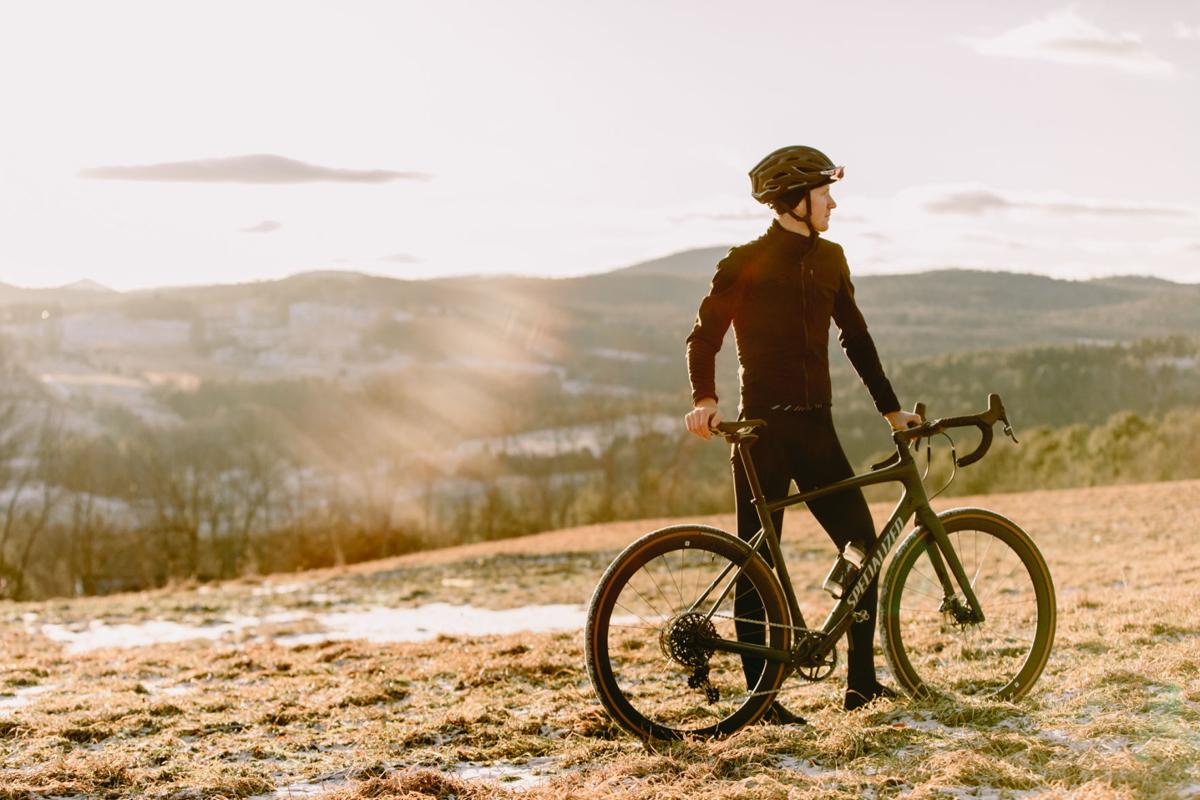 Ian Boswell with his gravel bike near his home in Peacham, Vermont.

Ian Boswell rides a dirt road near his home in Peacham, Vermont.

Ian Boswell on his training bike at his home in Peacham, Vermont.

Ian Boswell pictured near his home in Peacham, Vermont.

Ian Boswell with his gravel bike near his home in Peacham, Vermont.

Growing up in Central Oregon as a dedicated road cyclist, Ian Boswell would take his road bike onto dirt roads every once in a while, getting off the beaten path and finding a different route.

“That’s very much what I’m doing with my career going forward,” Boswell said this week.

The 28-year-old professional cyclist from Bend announced Wednesday that he is retiring from his 11-year road career to pursue gravel racing for technology brand Wahoo Fitness. Boswell will also serve as a product ambassador and rider liaison for Atlanta-based Wahoo, which makes indoor trainers and bike computers.

Boswell suffered a concussion — the sixth of his career — in a violent crash at the Tirreno-Adriatico in Italy last March while racing with Team Katusha-Alpecin, and he underwent a long recovery process, sitting out the rest of the season while dealing with vision problems and constant headaches.

“It was a big decision to come to,” Boswell said, reached by phone at his home in Peacham, Vermont, on Wednesday. “Just having that time away from racing … I was in a somewhat unique position, where a lot of athletes never really get a chance to step outside that world. Realizing where my future was gonna be and what my life looked like in five, 10 years. … There were a lot of reasons to walk away from road racing. I still love road racing, I just didn’t have that desire to have that lifestyle and that level of focus. I was just ready to try something new.”

Boswell said he plans to race a full season of gravel events in 2020 as a one-man “Wahoo Frontiers” team, including the Oregon Trail Gravel Grinder through Central Oregon in June. His main job includes working remotely for Wahoo, which sponsors five WorldTour teams.

The job, he said, allows him to transition into the next phase of his life once he stops being competitive in gravel events. Wahoo is documenting his move to gravel racing at wahoofitness.com/frontiers.

“I have a lot of connections in the sport,” Boswell said. “I’ll just continue to facilitate those relationships for the brand and for the athletes.”

Gravel riding and racing are surging in popularity in the United States. The most high-profile race, the Dirty Kanza, staged every spring near Emporia, Kansas, started in 2006 with 34 racers. In 2019, it hosted nearly 3,000 riders, including top cyclists from throughout the country. Oregon has the Oregon Gravel Grinder Series, which includes three races each spring: Gorge, Cascade and Oregon Trail.

Courses in gravel races vary from hard-packed dirt to softball-sized rocks, and distances usually range from 50 to 150 miles but can be even longer.

“Growing up in Bend we rode dirt roads every once in a while and I actually remember going for a ride with Carl Decker and Ryan Trebon (Bend pro cyclists),” Boswell said. “We were on road bikes and we went up Phil’s Trail, and then some dirt roads on road bikes. I was like, why are we doing this? Lo and behold, that’s kind of how racing and riding in the U.S. has gone now.”

“In Bend there’s great road riding, but if you’re training year-round, you’re riding the same roads a lot,” Boswell said. “When you branch off onto some of the dirt roads, either east of town off Highway 20 or out in Tumalo, all of a sudden you can turn five or six standard loops into 20 different loops.”

Boswell said he has lots of dirt and gravel roads to ride near his house in Peacham, where he lives with his wife, Kaija.

Part of the reason Boswell has turned to gravel racing is because he believes it to be safer than road racing. He did not want to face the prospect of another crash, another concussion. Sure, gravel racing is dangerous as well, but in his new career his income will not hinge on his results.

“Gravel racing is safer,” Boswell said. “The emphasis of results is not as high in gravel racing as it would be had I continued racing on the road, where results are kind of what you live and die by. If I’m in a position where it feels too dangerous, I’ll just chill out and find a group of people that I want to ride with and we’ll just ride, and talk and connect. Because there’s 7,000 people at some of these events. You’ll find someone to connect with or someone you can help push. There’s more of a story to be told than just winning the race.”

Through his new position at Wahoo, Boswell said he is excited to be involved in how the sport of gravel racing progresses and evolves.

“In pro European racing, I’m very much a participant and not an influencer,” he said.

Boswell was born and raised in Bend with a marathon-running mother and a triathlete father who encouraged his love of cycling. A graduate of Bend’s Summit High School, Boswell, at 21, moved to Nice, France, to join world-renowned Team Sky.

He raced seven years on the WorldTour, including five with Team Sky. In 2017 he finished fifth overall in the Tour of California. He competed four times in Grand Tour events, racing the Vuelta a Espana in 2015 and 2016 and the Giro d’Italia in 2016.

The following March he was descending during Stage 4 of the Tirreno Adriatico when, he recalled, something happened with his front wheel and he went over the handlebars, landing hard on the back of his head.

“My front wheel got overlapped or I hit something,” Boswell said. “I don’t really remember much.”

His recovery was long and emotional, forcing him to rethink his career choice. In August, he was forced to make a decision when Rally Cycling, America’s top-ranked Pro Continental team, offered him a contract. (The Katusha-Alpecin team folded at the end of the 2019 season.)

“I very much considered that offer,” Boswell said. “Once there was an offer, I had to make a choice. That kind of forced me to dive a little bit deeper into my values and where I saw my future and my health.”

He chose Wahoo and a new career path, and then went about improving his lingering headaches and vision problems.

At the end of September last year, Boswell got connected with the University of North Carolina concussion recovery program, which has been instrumental in developing a concussion protocol program for the NCAA.

“It was a phenomenal medical center,” Boswell said. “I saw six doctors in two days’ time. I got re-evaluated from the ground up.”

An optometrist who specializes in post-concussion recovery gave Boswell some prism reading glasses that helped to correct his double vision. Intense ocular therapy helped his eyes to track properly again. More physical therapy helped ease the lingering tension in his neck and upper back from the crash.

“Largely, my headaches have almost completely subsided, which is great,” Boswell said. “I still struggle at times with transition of light, like when driving at night and a car comes with headlights, my eyes don’t adapt as quickly as they used to. But I can manage. I have lightly tinted glasses that I wear at night to help cut down on the glare.”

Boswell said he is still adjusting to a regular schedule, instead of constantly preparing for the next race or the next training camp.

He said he has received encouragement from several Bend friends and cyclists who love gravel riding and are excited about his career move.

“Bend cyclists have reached out,” Boswell said. “I was a little boy in Bend who got into cycling and had a community around me to support me and encourage me along the way, and that got me to the highest level of the sport, which sometimes still feels unbelievable, coming from a small town on the West Coast.”

A remonder that TBI is not just a football players concern. Wise move to transition to gravel grinding, which still has a competitive element but not the "do, or die" tradition of the competitive Tour circuit.