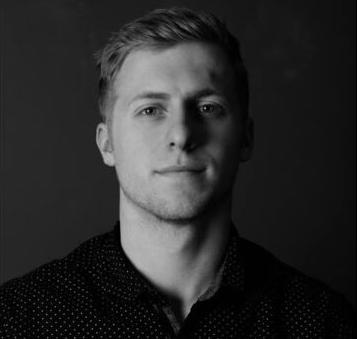 A man exhales vapor as he demonstrates the use of his electronic cigarette.

A man exhales vapor as he demonstrates the use of his electronic cigarette.

Do you have a point you’d like to make or an issue you feel strongly about? Submit a letter to the editor.

In the spirit of hasty overreaction, states like Maryland and Oregon have seized the momentum of last year’s federal ban on flavored vapes and are looking to take it a step further, effectively halting the sale, manufacturing and distribution of all flavored vaping products.

Legislation like this is only going to open the floodgates for black market exploitation and strip away another alternative pathway for tobacco smokers to leave traditional cigarettes.

Health advocates, especially those who wanted to prevent Juul from targeting teens with their advertising, are hailing the federal and state level bans as colossal victories. But the potential long-term effects of the bans aren’t sitting well with everyone. Skeptics are concerned this will just promote black-market flavor manufacturing and incentivize e-cigarette users to return to more harmful tobacco products.

Creating legislation to protect children from malicious marketing is a noble cause, but it’s important that we consider the costs. Overbearing regulations have historically created a vacuum for unsafe black markets to rise up. Take the Prohibition, for example. It’s hard to find a better picture of a public health regulation that opened the door for organized crime and illegal distillation of toxic moonshine.

Today, with the prohibition of flavored vaping products, history is repeating itself. Why do we think e-cigarette regulations would be any better? They’re susceptible to the same exploitation that booze was in the 1920s. And we’re seeing the effects already.

Crude and counterfeit vaping products had been making their way onto shelves across the country years before the ban. Even former FDA Commissioner Scott Gottlieb said many of the 2019 early pulmonary issues associated with e-cigarettes were probably linked to counterfeit products that work with commonly used devices, including Juul.

Post-ban, those black market products are the only ones left for young adults to get their hands on. What’s more, the federal ban targets only nicotine flavor-cartridges, despite federal studies showing that the initial 1,500 cases of EVALI and the 33 deaths that spurred panics have been linked mostly to contaminated cannabis products.

Vaping, smoking, drinking or ingesting most any synthetic substance over time tends to carry negative health consequences — that much is true. But helping people quit inhaling the 7,000 chemical compounds found in a standard cigarette by offering them an alternative with significantly lower amount of toxins is still a good idea.

Just five years ago, many e-cigarette technologies were being championed as a public health advancement that was greatly lowering the amount of die-hard tobacco smokers. Now public opinion has drastically changed despite many entities like the NHS in Britain still affirming vaping as a reliable way to quit traditional smoking.

It was not nicotine patches or gum that led the United States to see its all-time lowest adult smoking rate. It was vaping and the uptake use of e-cigarettes that allowed for massive increases in the one-year quit rate. And a major component of vaping’s success can be attributed to its wide variety of flavors. Most people don’t leave traditional smoking just to switch over to an electronic machine that emits the same tobacco flavor. Polls strongly indicate that most vapers love flavors other than tobacco and enjoy the variety.

Without flavors, society stands to lose any benefit that could be pulled from vaping in the first place. America needs to take a breath and reconsider. Is it prudent to move forward with these kinds of reactionary bans without more substantiated evidence?

It’s clear: The ban is not helping teens or adults. If anything, it’s simply removing legitimate FDA oversight and inviting widespread exploitation. Why do it?

Tanner Aliff, formerly of Portland, is a Washington, D.C.-based Young Voices contributor who works as a research fellow studying the effects of the COVID-19 pandemic, Healthcare Freedom and Reforming Medicare.

Do you agree with the US Forest Service permitting system for using the wilderness?