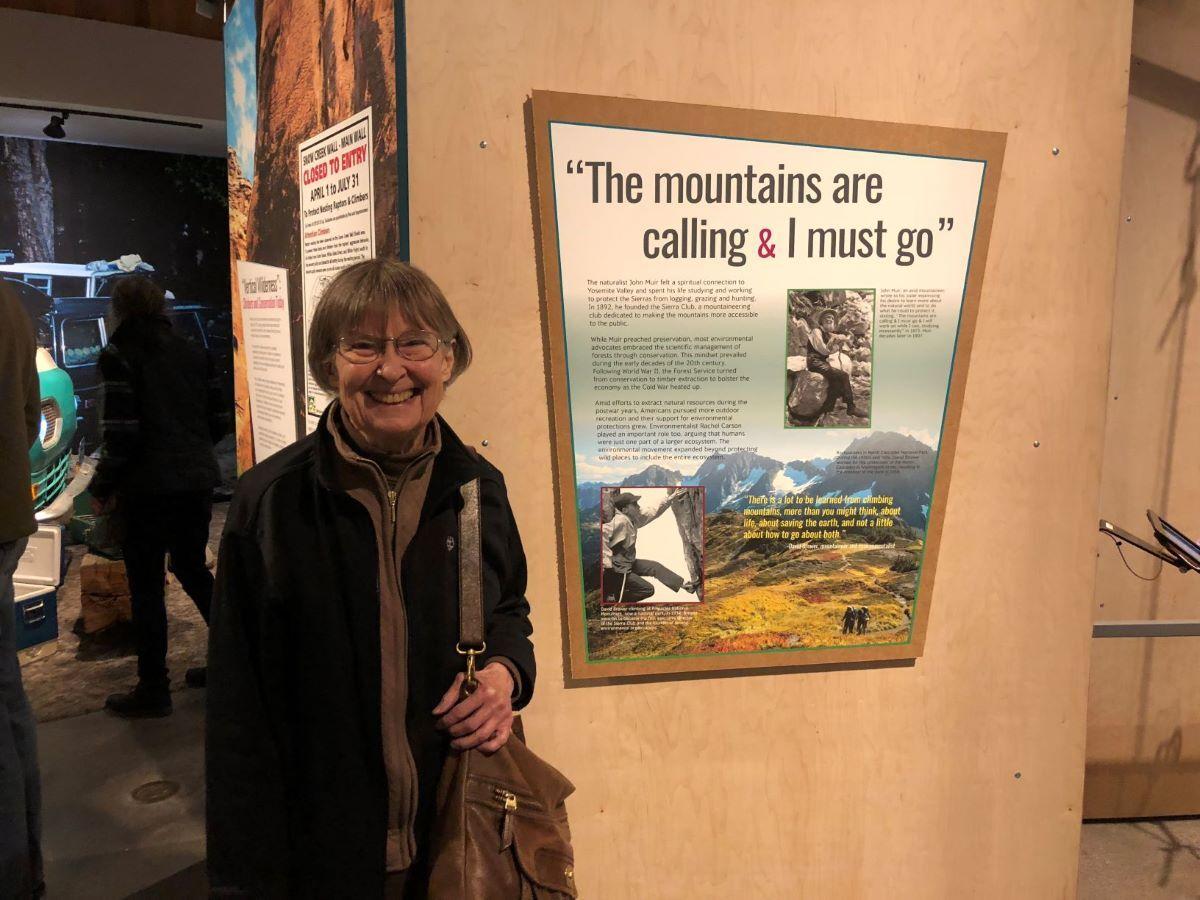 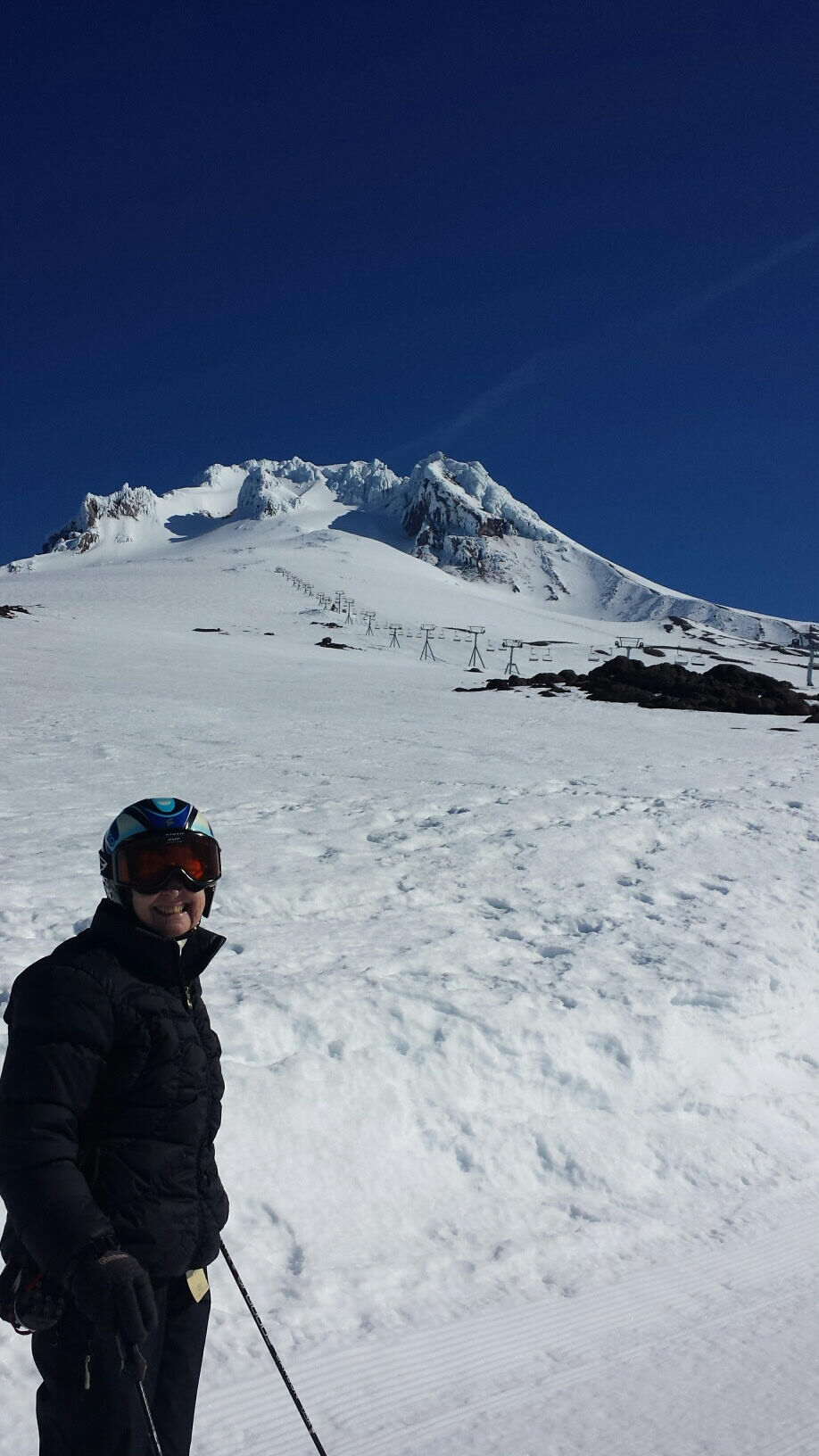 Free to forever soar above the highest altitudes, Eleanor “Ellie” Louise Brown Davidson, 91, departed our world on Sunday, April 11, 2021 in Bend, Oregon, for her grandest adventure in the heavens of the great beyond.

Eleanor was born on August 29, 1929, to Manley A. Brown and Harriet D. Kinton Brown, in Portland, Oregon. Her family soon relocated to Seattle, Washington, where she spent the formative years of her youth yearning for adventure beyond the city lights. She was drawn to the violin and began learning the solemn sigh of its melodic chords, a talent that would last a lifetime.

In 1951, she graduated from the University of Washington with a degree in Pharmacy. While studying at the university, she began exploring her adventurous capabilities by mountain climbing, joining a Seattle-based alpine club, The Mountaineers. With nothing but a wood-handled ice axe, steel crampons, and a rope secured between her and her teammates, she bravely scaled glacier-covered summits throughout the Pacific Northwest, triumphantly ascending Mt. St. Helens, Mt. Olympus, Mt. Baker, Mt. Adams, Glacier Peak, Mt. Hood, and Mt. Rainier, a peak she conquered twice.

However, Eleanor soon discovered alpine skiing was her favorite way to tackle a mountain. Reaching speeds upwards of 40 mph and whipping down snow-covered slopes, she considered skiing to be, “more glamorous than climbing mountains.”

While she may have later considered it not a match made in Heaven, Eleanor was married to D. D. Davidson for nearly 30 years. Together, they had two children, who were destined to grow up as determined as their unabashed mother. Eventually, they realized they were not meant to live the rest of their days in the thralls of each other’s company and went their separate ways, managing to maintain a civilized friendship as they aged with grace.

In 1973, the Davidson family moved to Bend, Oregon, where she began competing in National Standard Race (NASTAR) and Alpine Masters ski racing events. She believed NASTAR made skiing more fun as it was, “an atmosphere where you didn’t have to be quite so good,” a status she undoubtedly was - good.

Music was her creative outlet of choice, fostering her natural ability to master the eloquent hum of an illustrious violin. For over 40 years, she performed as a highly regarded violinist in the Central Oregon Symphony and a founding member of the Dove String Quartet.

In 2001, she retired as a pharmacist from St. Charles Medical Center in Bend. To the surprise of absolutely no one, Eleanor was unable to stay retired. While maintaining a busy adventuring schedule and learning to play the fiddle on her violin, albeit not on a roof, as neighbors would have questioned her sanity, she volunteered at the Volunteers in Medicine clinic in Bend. For Eleanor, there was no respite so long as there was still plenty of work to be done, and she was always ready and willing to do it.

Skiing was her ultimate favorite thrill, a fierce passion she continued to evolve throughout her golden years. She skied the mountaintops of France, Chile, and Argentina, often traveling with friends. Her friends were an intricate part of her life, she never failed to remember a birthday or holiday card. A circle of mischievous kindred-spirits together, they never shied away from spontaneous ski trips to Sun Valley, Idaho, where they dared younger generations to challenge their notions about age.

Age was genuinely nothing but a number to Eleanor, and it never stopped her from exploring new scenery. At the youthful age of 85 in 2014, she went on an epic heli-hiking adventure with her daughter into the Bugaboo Mountains of Canada, trekking through glacier-strewn wilderness and towering peaks for days.

Her legacy spans far beyond those she knew and loved, inspiring all to achieve their wildest dreams, no matter how high that mountain may be. Her children and grandchildren share her affinity for skiing at Sun Valley, and will continue pushing their limits on the slopes in her honor. She was the kind of trailblazing woman who enjoyed fried ice cream before any meal, eternally reminding all who admired her, “life is short, eat dessert first.”

Surviving in a legacy of love are her children, Lisa (Matt ) Cutter of Bend, OR and Jeff (Viviana) Davidson of Seregno, Italy; grandchildren, Mitchell Cutter of Boise, ID, Shelby Cutter of Bend, and Isabel Davidson of Seregno, Italy; sisters, Marilyn (Marv Remillard) Schrum of Burlington, WA and Linda (Ken) White of Seattle, WA; and a host of extended family, friends, and acquaintances, all of whom were her greatest source of accomplishment, pride, and joy.

Preceding her in death are her parents.

In the wake of her absence, Eleanor would encourage us all to dare to dream, take a risk, and challenge ourselves to try something new outside of our comfort zones - whether it is fried ice cream or climbing a mountain.

In lieu of flowers, please consider contributing to the Central Oregon Symphony (cosymphony.com) or Partners In Care (partnersbend.org) in honorable memory of Eleanor.