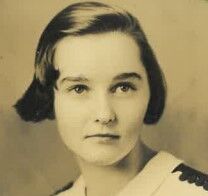 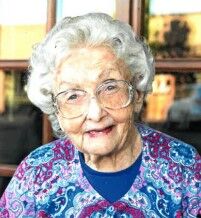 Connie Elkins, at the remarkable age of 98, passed away of natural causes on November 2, 2020. Connie was born in Portland, Oregon on June 28, 1922. She grew up in Monmouth in a historic house near the Normal School (teachers’ college, which much later became Western Oregon University.) Connie spent her childhood practicing her violin and piano, studying foreign languages, listening to “Big Band” on the radio, and playing on the famous Riddell sheep farms.

A top student all her academic life, Connie graduated from high school at age 16. Her family then leased their house to the college and moved to Eugene, where Connie was accepted to the University of Oregon School of Music. She studied violin with Dr. Rex Underwood. It was during these college years that this five foot-two, eyes of blue, brunette beauty met her future husband on a blind date. William “Bill” David Elkins II was tall, dark, and handsome; and always liked to say, “I fell in love with Connie before I ever met her, hearing her play the piano as I climbed the stairs to her front door.”

Then came Pearl Harbor, December 7, 1941. Bill enlisted in the army, became an officer, and was sent to Florida. Before he left , he slipped an engagement ring on Connie’s finger. One year later Connie graduated from University of Oregon with two degrees: Bachelor of Music and Bachelor of Arts. A twenty year old who had never been separated from her family, Connie boarded a train and traveled all by herself across the country during wartime. When she arrived at Drew Field, Tampa, Florida, she married Bill on December 18, 1942.

They spent about a year together on posts in Florida and Mississippi, where Connie developed a lifelong fear of snakes. When Bill was deployed to Saipan, Connie returned to Eugene to deliver their first child, William David “Dave” Elkins III. He was nearly a year old before Bill saw him. With family to help with the baby, Connie went back to the university for her masters in music education. When the war was over, Bill and Connie were reunited. They made Eugene their home, and built the house they would live in for 44 years. They raised three children there.

Connie devoted her career to classical music, with a little jazz and Frank Sinatra on the side. She played in the orchestra that became the Eugene Symphony. The first chairs of the string section formed a quartet that performed throughout the northwest. Their shining hour was a day spent with Swiss composer Ernest Bloch, in his home at Agate Beach on the Oregon coast. He coached as they rehearsed his string quartet, which soon after they performed for an international music conference in Salt Lake City.

Connie taught orchestra in the public schools, and private violin and piano in her home. She volunteered for the music program at the Pearl Buck School for handicapped children. She was a member of the Committee for the Performing Arts, that raised money to help build the Hult Center. She served on the board of the Eugene Junior Symphony all the years her children were members. She was a Cub Scout and Girl Scout leader, and taught Sunday School at the Congregational Church where the family attended.

Connie was a loyal member of PEO, Mu Phi Epsilon, OMEA, and three bridge clubs. In the winter, she skied, both nordic and alpine, more for the love of Bill than of skiing. In the summer she could be found in the orchestra pit for the community musical, or on the Pacific Crest Trail for the annual family backpack trip. She continued her love affair with Romance languages until the end of her days.

When Bill sold his cable television company and retired, Connie gave up teaching so they could travel. And travel they did, all around the world, sometimes taking their children and grandchildren with them. In 1984 they built a vacation home in Bend, where the family then gathered for all holidays. In June of 1990 they sold their family home in Eugene, and moved to Bend. Two months later their house burned to the ground in the Awbrey Hall fi re. With love from and for their family, and support from the community, Connie and Bill rebuilt their home and their lives. They continued to travel until they were in their mid-eighties.

December 2014 was the final chapter in their love story. On December 9th, Bill turned 94. On December 18th, Connie and Bill celebrated their 72nd wedding anniversary. On December 30th, with Connie’s hand in his, Bill passed away. Connie never played her violin again.

She spent her remaining years in assisted living, with an attentive family close by. Other than short term memory and hearing loss, Connie was healthy and content, if not happy. For five and a half years Connie had two outings every week, to hair and Sunday brunch. She attended the Central Oregon Symphony concerts and her daughter’s piano recitals. She had many out-of-town family visitors, who brought her gifts and took her out for a meal. She was well loved and never forgotten.

From March 16th to October 1st, 2020, Connie’s facility was in lockdown, due to COVID-19. Then through the month of October family was allowed in to see Connie, to say hello and goodbye. Bill, before he died, had promised to take Connie back to Ireland one last time. On the evening of November 2nd, Connie must have dreamed of Bill and decided to take him up on his offer.

May joy and peace surround you,

And happiness be with you now

And bless you evermore.

Connie was preceded in death by her father, John Alexander Riddell, who died when Connie was 5; her mother, Cora Greene Riddell, who lived to be 90; her uncle and stepfather, David Riddell, who died when she was 8; two older sisters who died in the Spanish Influenza Pandemic of 1918; younger sister, Davida Riddell Bergstrom, whom Connie adored; and her beloved husband, Bill. She is survived by her son Dave Elkins (Karson) of Eugene, daughter Margaret Littlehales (Tom) of Bend, and son Dr. John Elkins of Salt Lake City; grandsons Dr. Dave Elkins (Dr. Gina), Mike Elkins, and Paul Elkins of Salem; granddaughter Tonya Littlehales (Geof Hasegawa) of Bend; grandsons Ben Elkins of Palo Alto, and Chris Elkins of Salt Lake City; 8 great grandchildren; and two nieces and a nephew, Kris, Dena, and Eric Bergstrom.

The family wishes to thank the staff of Mt. Bachelor Memory Care for six years of professional and compassionate care; Heart n’ Home Hospice for additional care and medical attention the last few months of Connie’s life; and Baird Funeral Home of Bend for making the final arrangements for both Bill and Connie.

A private family urn committal will be held on April 17, 2021 at the Masonic Cemetery of Albany, where Connie will be laid to rest next to her husband, Bill.