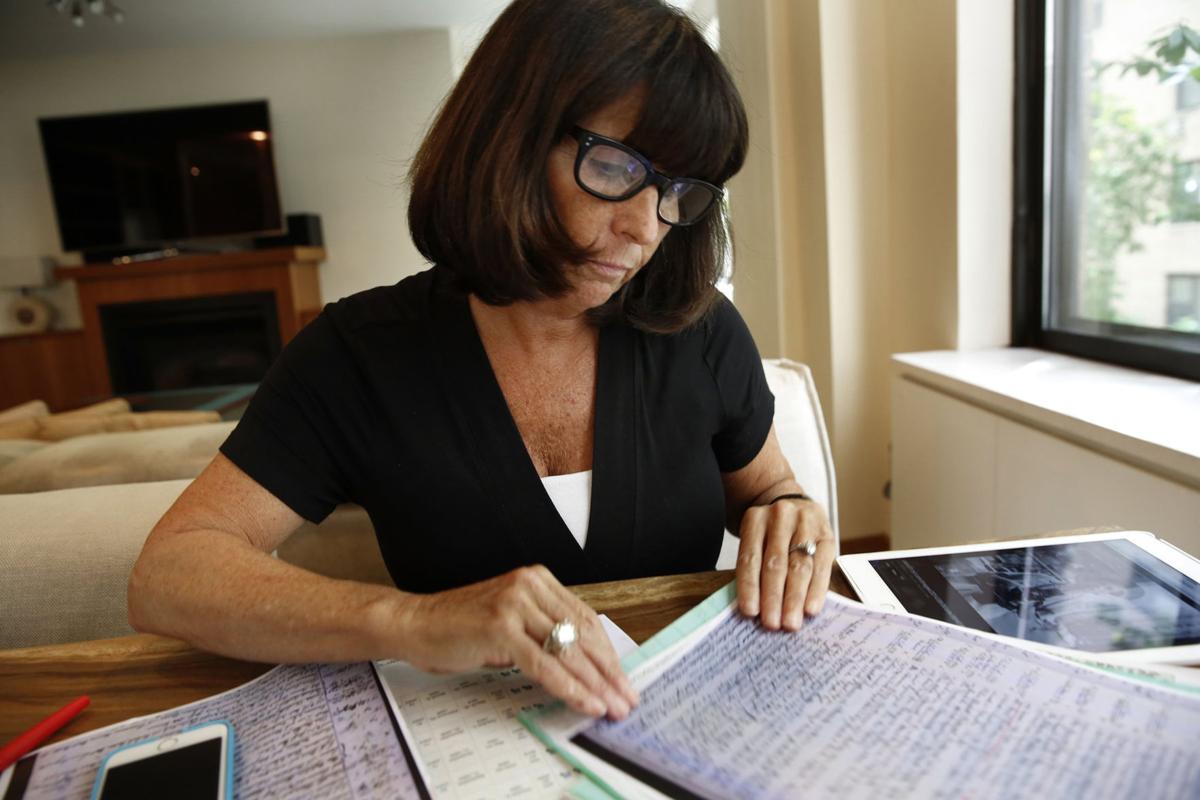 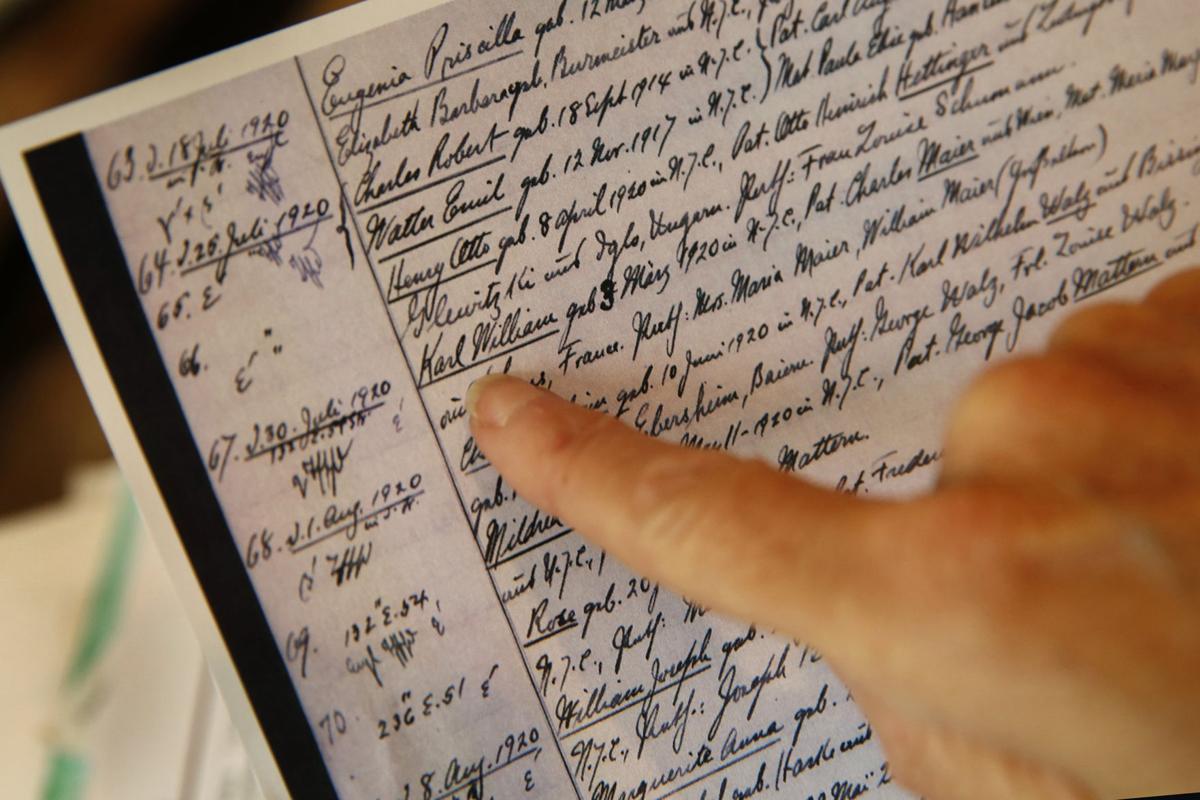 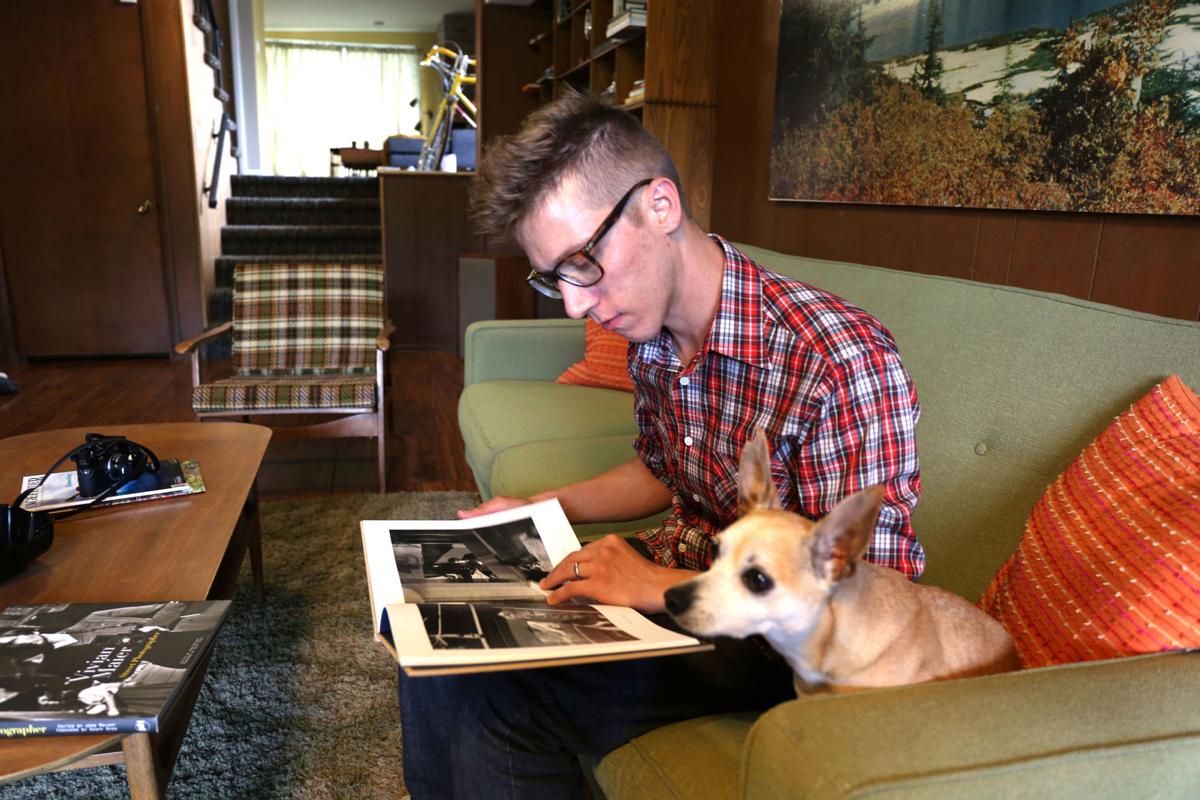 Phil Velasquez / Chicago Tribune / TNSJohn Maloof, with his dog Winston, pages through images in a book of photos taken by Vivian Maier.

Phil Velasquez / Chicago Tribune / TNSJohn Maloof, with his dog Winston, pages through images in a book of photos taken by Vivian Maier.

CHICAGO - In the enduring mystery surrounding Chicago-area nanny Vivian Maier, the amateur street photographer whose brilliant work catapulted her to worldwide fame only after her death, few characters have remained as out of focus as her long-lost brother Charles.

As Maier’s only sibling, Charles is integral to the ongoing court battle in Cook County over who has the rights to produce and sell Maier’s images, a collection potentially worth millions of dollars that’s been heralded as some of the most stunning street photography of the 20th century.

Yet few facts about her brother have ever been nailed down - at least publicly - including his exact age or even if he was still living.

Now a retired businesswoman in New York who took it upon herself to try to solve the mystery has uncovered documents that she believes reveal new aspects of Charles’ life. The evidence ranges from a handwritten baptism ledger confirming his true birth date to records showing he worked as a music teacher, served in the Army and - most crucial for the pending probate case - died nearly four decades ago in a small town in central New Jersey.

In an interview with the Chicago Tribune, Ann Marks, a former executive at Dow Jones & Co., said she hoped that going public with the information would prompt those who may have known Charles to come forward and shed more light on the Maier family history, perhaps staving off what could be a protracted legal fight in the slow-moving probate court.

“To me the search to find heirs is as interesting as Vivian herself,” Marks, 57, said from her Long Island home.

The new details add another layer of intrigue to a story that has taken numerous twists, leading professional genealogists and amateur sleuths alike to pore through early-1900s census records for clues and to travel to remote mountain villages in southeast France looking for distant cousins on Maier’s family tree.

And like seemingly every other chapter in the Maier story, Marks’ research also raises new questions. Did Charles and Vivian live together in New York before the family split up? Why does the paper trail on Charles go so cold? Did he ever marry or have children?

John Maloof, the former Northwest Side real estate agent who bought the vast majority of Maier’s images at a storage locker auction in 2009, told the Tribune he was following up on Marks’ findings with his own high-priced genealogist, whose previous search for Charles came up empty.

“It would be great to find the next of kin so we can resolve these outstanding issues of copyright,” Maloof said.

But some say Marks is hardly the first to get on Charles’ trail. Pamela Bannos, a Northwestern University art professor and researcher who is writing a book about Maier, said she has known where and when Charles died for more than three years and has gathered many more details about his life. But she declined to divulge the information before publishing because she wants to “tell the story, not be the story.”

Bannos also worries that putting the information out there will lead to a whole new round of profiteers looking for heirs to try to cash in on Maier’s fame.

However her research is received, Marks certainly isn’t the first lay person to make a project out of Vivian Maier. Ever since Maier’s photographs burst onto the scene six years ago, art fans, bloggers and amateur genealogists alike have delved into the implausible back story: the reclusive, pack-rat nanny who took thousands of world-class images only to let them sit undeveloped before she died virtually penniless in Chicago at 83.

Marks said her interest took off when she saw the documentary “Finding Vivian Maier” in January. Written and co-directed by Maloof, whose accidental discovery of Maier’s trove of negatives started her path to fame, the Oscar-nominated film detailed efforts to track down Maier’s relatives.

In the documentary, Maloof’s genealogist mentions Maier’s brother but said the paper trail on him was thin and concluded, without any proof, that Charles must be dead. Their efforts quickly shifted to Maier’s maternal side of the family in France, culminating with an encounter with Sylvain Jaussaud, a first cousin once removed in the small sheepherding village of St.-Julien-en-Champsaur. Jaussaud, who said he remembered Vivian fondly, signed a deal for just $5,000 that gave Maloof rights to the images.

That arrangement stood until last year when David Deal, a Virginia lawyer and avid photographer, went out of his way to track down in a different town in France another Maier cousin once removed. Deal then filed an action in Cook County court questioning whether those who had discovered and marketed Maier’s work were violating federal copyright law.

The litigation has been taken over by the county’s public administrator, which by law has the authority to gather assets and administer the estate while the heirs remain uncertain. Maier’s closest heir would be Charles if he was still alive. But if he’s deceased, his children - Maier’s nieces or nephews - would have the legal right to the estate, nullifying any claims of the distant cousins found by Maloof and Deal.

The unresolved issues have had a chilling effect on exhibitions of Maier’s work with galleries in Chicago and around the world canceling shows. With a fortune at stake, the case has also grown heated. Recently, Jeffrey Goldstein, a Chicago artist who had owned nearly 18,000 of Maier’s negatives, filed a counter-claim against the county, arguing that without his painstaking efforts to print and promote the thousands of negatives Maier left behind, she might never have been discovered in the first place.

Fascinated by Maier’s tangled family history and dismayed by the developments in court, Marks said she decided to put her Internet research skills to the test.

“It’s a hobby of mine. I do it to challenge myself,” Marks said.

Researching Maier’s background has proven difficult for even professional genealogists. The names of Maier’s parents are quite common in their ancestral homes of France and Austria, but the spellings are often varied and difficult to verify. Some records, for example, listed Maier’s brother as Charles, while others said Karl, the same name as his father. Research has also suggested that Charles changed his name at some point in his life.

When she started searching online records, Marks found that information often conflicted, particularly a much-cited 1940 U.S. census report that listed Charles’ age as 13 while living with his sister and parents in an apartment on 64th Street in New York. Other records however, showed that Charles would have been at least seven years older then, calling the 1940 census report into question.

While she managed to collect many interesting tidbits about Maier’s lineage, it wasn’t until earlier this month that Marks hit pay dirt. Working from information that Maier’s parents, Charles Maier and Marie Jaussaud, had been married at St. Peter’s Lutheran Church in Manhattan in 1919, Marks scrolled through hundreds of pages of baptism records that were scanned into an online database. There, she found a scrawled entry from July 1920. It noted a “Karl William” Maier born March 3, 1920, to parents Charles Maier and Marie Margaret, whose maiden name was listed as Jaussaud.

“It was as close to a perfect match as I’d ever seen,” Marks said. “My heart was pounding.”

From there, Marks used the confirmed birthdate to search public databases for Karl W. Maier and soon found a military record that showed he had enlisted in the U.S. Army at the old Camp Upton. Located on Long Island, it had been remobilized in the buildup to World War II. Charles, who would have been 22 at the time, was listed in the military record as single with one year of high school education. His occupation was listed as a musician and music teacher, according to the record.

Charles next popped up on the radar in 1967, when a Social Security number was issued to him in New Jersey, Marks said. That same record showed he died in April 1977 in Hammonton, N.J., a small town about 90 miles south of New York. Department of Veterans Affairs records backed that up, listing his date of death as April 11, 1977.

But while the information Marks found provides the bookends to Charles’ life, it also leaves huge gaps. Marks said she tried to get a copy of a death certificate that would likely list his cause of death and possibly next of kin, but under New Jersey law, the records are sealed for 40 years and therefore not available to the public until 2017. She’s hoping lawyers involved in the probate case will subpoena the document to make it part of the official court record.

In the meantime, Marks said she hopes someone recognizes the information and comes forward with more details that could be helpful to a probate case that she said seems to have “paralyzed everybody.”

“Charles still may have relatives, children, friends out there, people who were in the Army with him or took care of him,” Marks said. “Someone must have known him. It may be very unlikely that there are any close heirs to find, but if there are, let’s find them.”