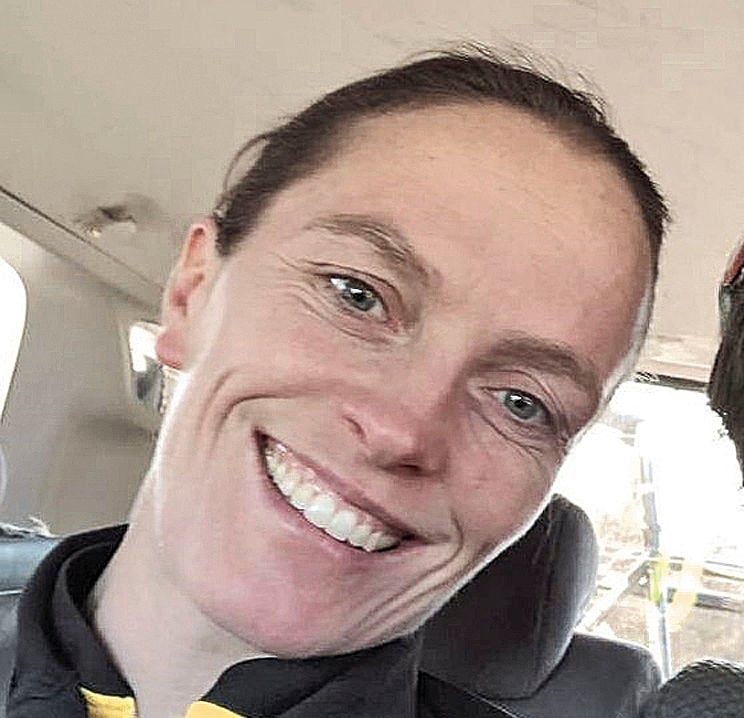 Marika Stone on Dec. 30, 2017, the day police say Stone was killed when the driver of a pickup truck failed to make a turn near Dodds Road and Obernolte Road in Bend. (Submitted photo) 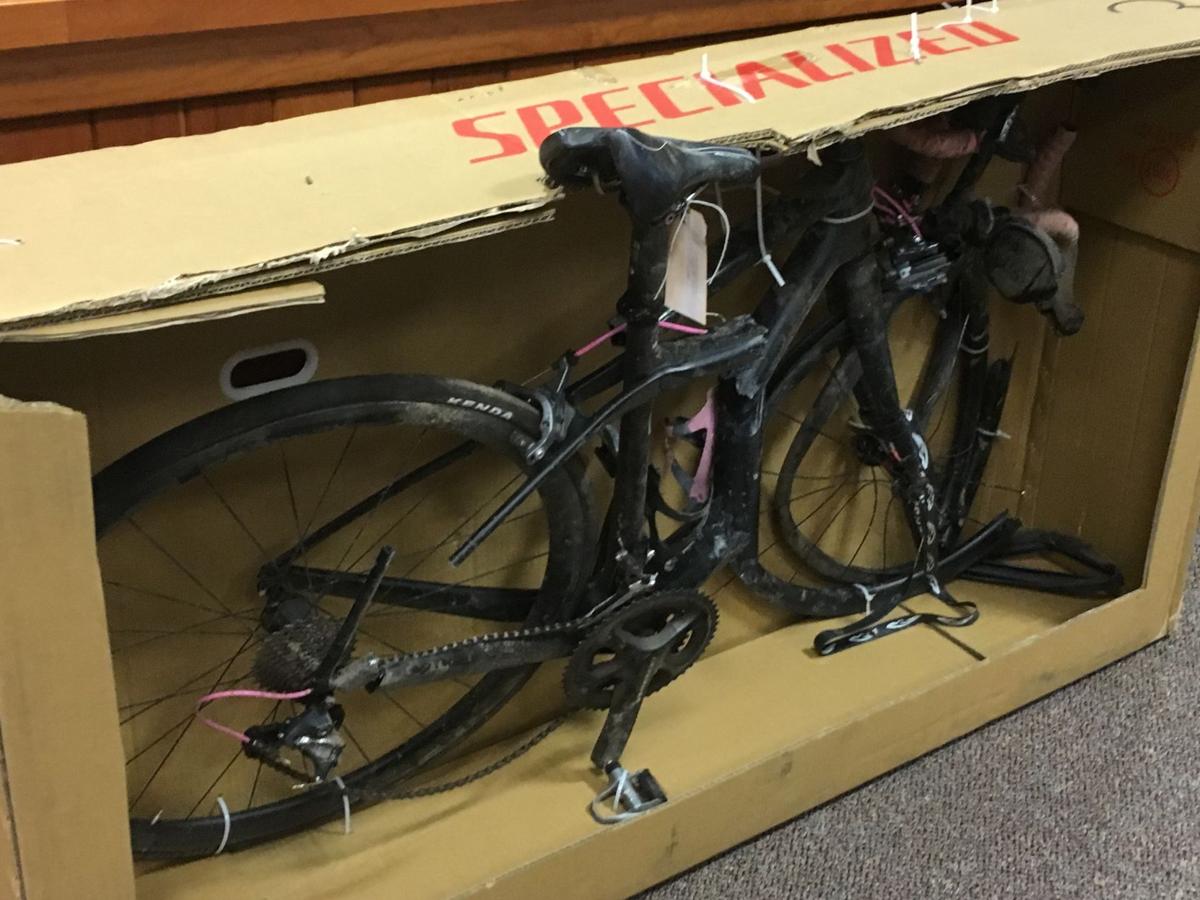 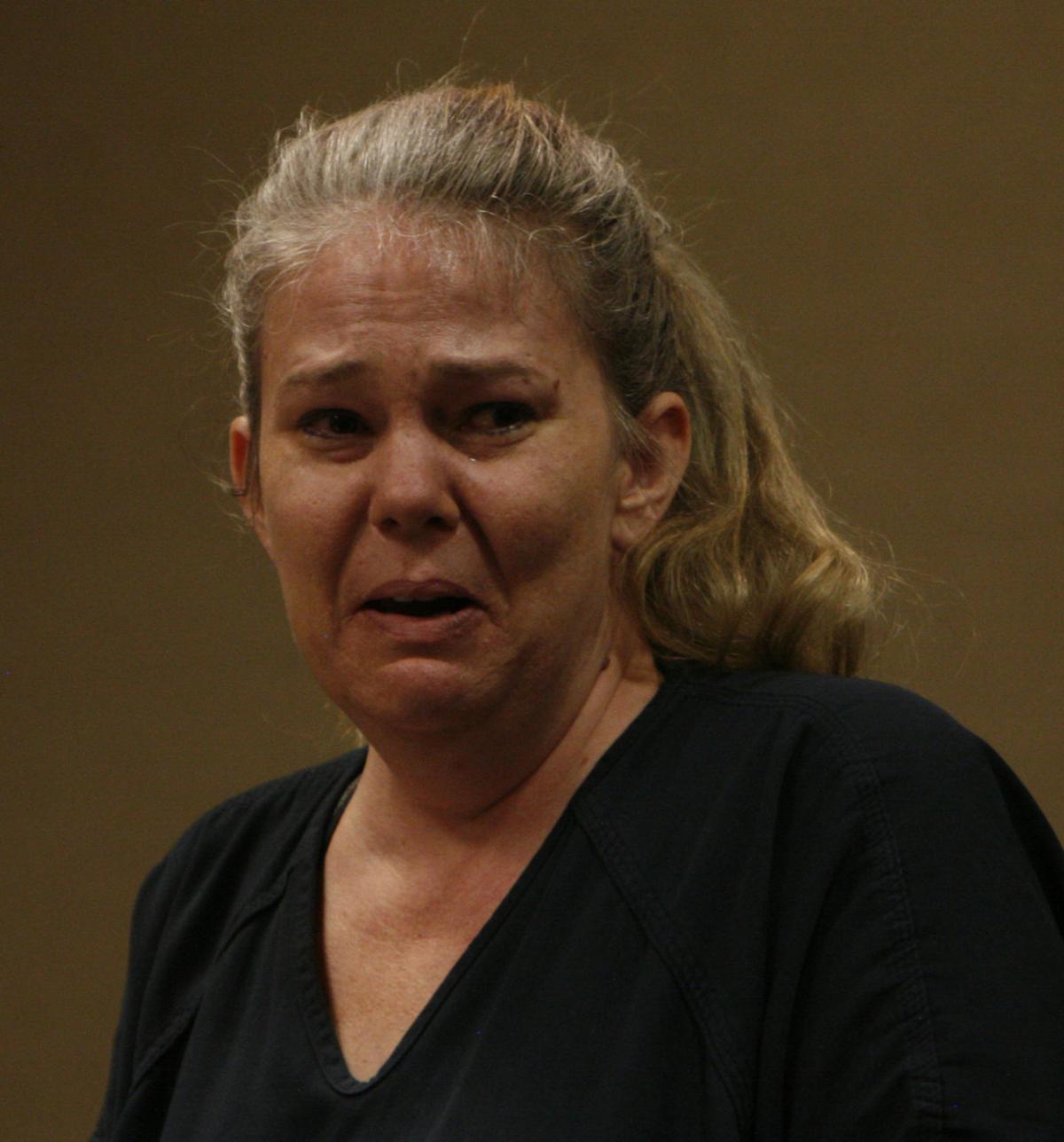 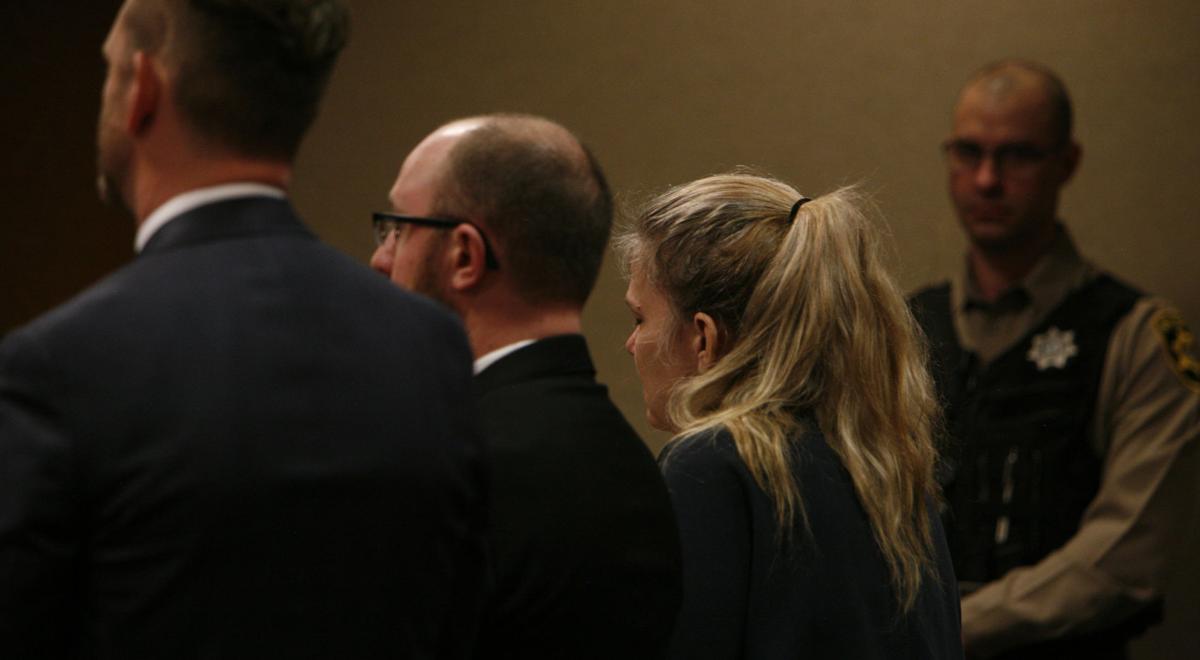 Marika Stone on Dec. 30, 2017, the day police say Stone was killed when the driver of a pickup truck failed to make a turn near Dodds Road and Obernolte Road in Bend. (Submitted photo)

Tansy Brown was on vacation in Hawaii, on a run on a beach in Kona, when her identical twin sister was struck and killed by a truck.

“I was mid-stride, and I literally stopped in my tracks, overwhelmed by a completely crushing thought that my sister’s life had suddenly ended,” Brown told a judge in court Tuesday, during the sentencing of Shantel Lynn Witt, the woman convicted of running down her sister.

Brown knew Marika Stone was on a bicycle ride — a friend had texted a picture before they started. And she knew, before a call came, what had happened, Brown said.

“Your honor, as an identical twin, our bond was so strong that I knew the moment the horrific crash caused by Shantel Witt,” Brown said.

Witt, who was high on prescription drugs in 2017 when she ran down Stone, was sentenced to 12 years and two months at an emotional hearing Tuesday morning in Deschutes County Circuit Court.

Judge A. Michael Adler, who two weeks ago found Witt guilty of first-degree manslaughter, gave her two years short of the maximum for her six convictions.

On Dec. 30, 2017, while driving home on Dodds Road east of Bend, Witt collided head-on with Stone, a Bend dentist and mother of two. Stone died instantly. According to testimony and evidence presented in her six-day trial, which started Jan. 29, Witt failed all her roadside sobriety tests and displayed numerous signs of impairment. Witnesses from the scene described for Adler how Witt had gotten out of her car and shouted obscenities at the two cyclists who escaped injury.

Her hands shackled to her waist, Witt wore navy jail clothes and orange plastic clogs at the sentencing. She stared forward as Brown described losing her sister: how Stone’s 9-year-old daughter is comforted because Brown looks and smells “like mommy,” how strangers in Bend approach her and tell her they miss Stone, how nice this is, and how hard it is, and how their birthday now brings pain.

“I will always miss her more than you can understand,” Brown said.

During the hearing, prosecutor Kari Hathorn described Witt’s conduct since she was placed on house arrest after the crash, noting that she has showed a lack of remorse throughout.

One of Witt’s doctors testified at trial that he explained to her the dangers of mixing the pills she was prescribed. Three days before the crash, he began tapering her off them. The next day, she visited her veterinarian and secured a Xanax prescription for her dog.

Hathorn said that since the fatal wreck, Witt visited a veterinarian eight times, securing 255 Xanax pills for two of her four German shepherds.

“There is every reason to believe the defendant — who could not drink without getting caught due to an ankle monitor — is continuing to abuse her dog’s pills,” Hathorn said.

After Adler announced his verdict two weeks ago, Witt was taken into custody. Since that time, Hathorn said Stone can be heard in recorded jailhouse phone calls reiterating that she feels she did “nothing wrong.”

At one point, Witt lamented her upcoming sentencing, according to Hathorn.

Speaking in court Tuesday was Carrie Carney, one of the two cyclists riding with Stone the day she died. Witt came inches from also killing Carney and her boyfriend, Bruce Rogers.

“What I experienced in that moment, it doesn’t go away,” she said of seeing her best friend’s mangled body. “It fades a little bit, but it’s become a part of me.”

Carney met Stone and Brown at Willamette University when Carney was a graduate student and the sisters were freshmen.

She said after she and the twins reunited later in Bend, Carney was one of the few people in town who could easily tell the two apart.

“I’m going to miss many things about Marika. One of them is having people come up to me and say, Is that ­Tansy or is that Marika?” Carney said. “It’s funny, nobody could tell them apart, but I always said, They don’t even look alike to me.”

The twins were born in Idaho and grew up in Montana and Alaska, their father a forest ranger and their mother a teacher. They were five-sport varsity athletes and co-valedictorians of their high school class.

At Willamette, they ran cross-country and track and graduated co-salutatorians. After college, their paths diverged for the first time, as Stone trained to become a dentist and Brown to become a physical therapist. They were apart for a few years, until Brown relocated with her family to Bend to be closer to her sister.

Also speaking in court was Rogers, who described the “immense guilt” he feels.

It was his idea to ride back from Prineville that day. He happened to have an extra pair of shoes, which he loaned to Stone, who’d forgotten hers. Rogers said he knows the collision wasn’t his fault, but he wonders what would have happened had he left his spare shoes at home.

“I understand that I did everything I could to avoid tragedy, but I found separating logic from emotion can be challenging,” he said. “Why was I alive and Marika dead? Every time I see those kids, my heart breaks at the unfairness of all this.”

Two days after Stone’s death, Rogers and a crew of others drove out to Dodds Road, to the spot where Stone was killed. They got onto their bikes and “finished” Marika’s ride.

Rogers said he won’t be scared off the roads.

“This was not a cycling tragedy. This was an impaired driver who killed an innocent person,” he said.

“I face anxieties I did not have before, but I will not let Shantel Witt force this effing cyclist off the road,” he said. “I will continue to advocate for the safe use of roads.”

In addition to the prison sentence of 12 years and two months, Witt lost her driving privileges for life and must pay $20,000 to Stone’s father and $20,000 to Tansy Brown. She also must pay $60,000 to Jerry Stone, Marika Stone’s former husband, for care for their daughter and 7-year-old son.

“She was a calming, graceful, knowledgeable person,” Jerry Stone said, adding his former wife couldn’t be more different from Witt.

“It forced us to come to trial and put people through this,” Donahue said. “The state essentially insisted on this.”

When given a customary chance to speak prior to sentencing, Witt faced Stone’s relatives and tearfully apologized.

At this, Brown nodded in the gallery.