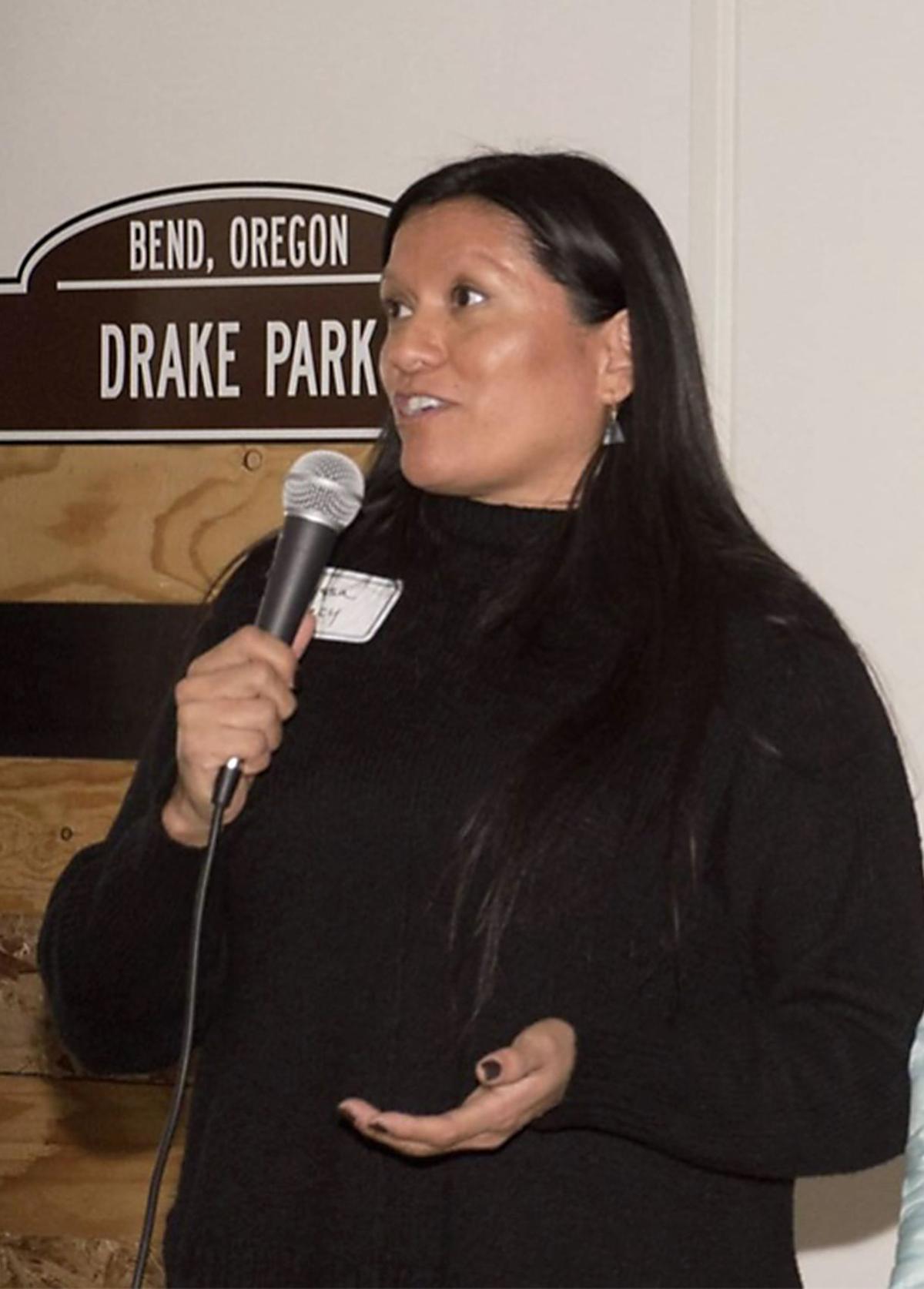 Alyssa Macy, chief operations officer for the Confederated Tribes of Warm Springs, has voluntarily stepped down from her role. (Submitted photo) 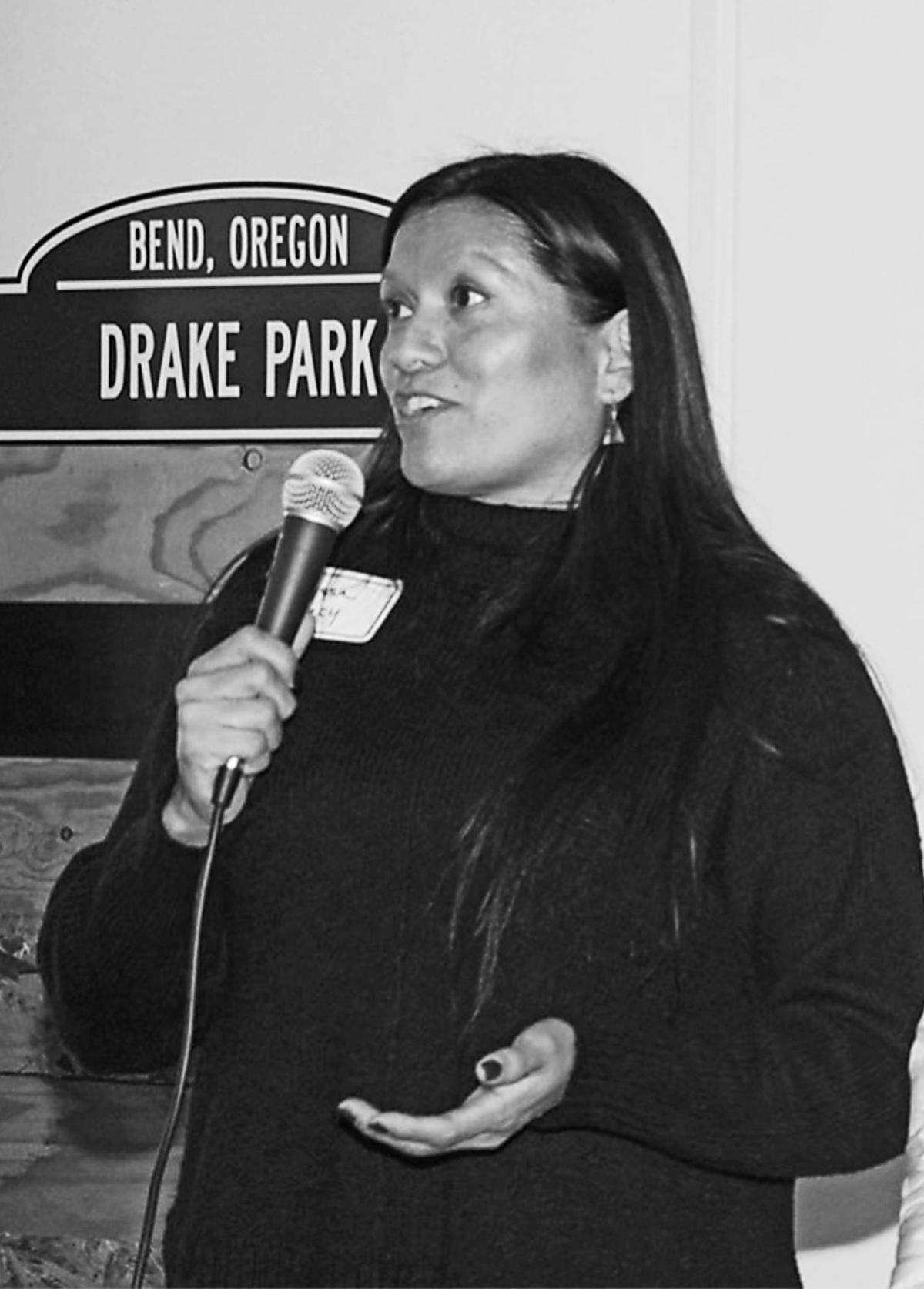 Alyssa Macy, chief operations officer for the Confederated Tribes of Warm Springs, has stepped down from her role. (Submitted photo)

Alyssa Macy, chief operations officer for the Confederated Tribes of Warm Springs, has voluntarily stepped down from her role. (Submitted photo)

Alyssa Macy, chief operations officer for the Confederated Tribes of Warm Springs, has stepped down from her role. (Submitted photo)

Fiscal adjustments caused tribal leaders to rethink several positions, and Macy, chief operations officer for the Confederated Tribes of Warm Springs, believed other senior roles, including general managers and a grant writer, needed to be retained. Macy said her position will not be filled until at least 2021.

“There were some key staff that needed to be retained. I didn’t have any problem with making that recommendation even though it impacted me,” she said.

Macy said the tribe’s financial considerations aside, she was ready to take a break from the high-stress position, reconnect with friends and family and pursue personal hobbies. She is writing, plans to take up photography again and is exploring parts of Oregon she has not had time to see.

“I was just tired. I felt like I needed some time to step away and explore. I never saw this position as something I would do forever,” Macy said by phone.

The 44-year-old Macy said she is also catching up with her 19-year-old foster child Feliciana, a student at Central Oregon Community College.

“She is at a transformational time in her life,” Macy said. “That’s an amazing time. At that age, I didn’t have a lot of support so I want to make sure my work decisions won’t affect her.”

Macy — of Wasco, Navajo and Hopi descent — grew up in Warm Springs where her father ran the local grocery store, which had been founded by her grandfather in the 1940s.

After graduating from Madras High School, she went to Arizona State University, where she earned a Bachelor of Science in justice studies.

Macy completed graduate work at the University of Minnesota but has yet to finish her dissertation. She worked in the early 2000s on various projects, including outreach in the arts community, political advocacy and communications.

In one role, she served as communications manager for the Wisconsin Department of Transportation, where she worked on an $810 million rail project. She also spent time in Washington, D.C., working at the office of former U.S. Rep. Darlene Hooley.

“I have always worked on amazing projects with amazing individuals in my career, and I was doing work that was fulfilling, but it wasn’t here,” she said. “Coming home for me allowed me to take that education I received as a beneficiary of a tribal scholarship and do something good for the community.”

Macy returned to Warm Springs in 2013. She spent time working for the tribe’s newspaper Spilyay Tymoo. In 2015, she was hired to be chief operations officer by the Warm Springs Tribal Council, overseeing 600 employees and $33 million in tribal grants and contract dollars.

In her role as COO, she handled issues that spanned a number of departments, including public utilities, education, health and human services and public safety.

“I wondered if it was the right course of action to take a job that doesn’t really fit in a certain career trajectory,” Macy said. “But I always like a challenge.”

Her biggest challenge erupted a year ago when the piped water supply at Warm Springs suffered a catastrophic failure. The community suffered through five boil water notices because the tap water was not safe for drinking or bathing.

During the longest notice — which lasted from mid-June to mid-August — portable showers were set up, and bottled water was trucked in from around the state and distributed to residents. Macy was on the front lines of the crisis as community members voiced their frustrations at public meetings and forums.

The experience reminded her of the importance of water for the Warm Springs community, calling it the blood of the community.

“We talk about water having a cultural connection as Native Americans, so we need to make those investments, and we need to conserve water and be respectful of the resource,” Macy said.

Chris Watson, executive director for the nonprofit Warm Springs Community Action Team, said Macy performed gracefully under pressure, taking on multiple responsibilities for the tribe. By day, she was updating Warm Springs residents and the outside world on developments, and by night, she was delivering pizza to workers at the construction site, Watson said.

“She handled that crisis at every level,” Watson said. “From getting down and dirty at the pipes to organizing meetings with public state and private funders to help solve the problem.”

Her hard work paid off — the tribe managed to secure $7.8 million from the state to pay for infrastructure repairs, including the water distribution system and wastewater treatment plant.

But Macy’s fondest memories were of the lighter times, including the development of an outdoors program for Warm Springs students. She coordinated with Northwest Outward Bound and Oregon State University-Cascades to organize rafting and hiking programs in Central Oregon.

“The little things brought me the most joy,” Macy said. “When I was a kid, we went rafting on the Deschutes, and I have vivid memories of that. It was fun and beautiful and being able to re-create that made me very happy.”

A prominent member of the Central Oregon community, Macy delivered the commencement address at OSU-Cascades in May. She is also involved in the arts and is a commissioner on the Oregon Arts Commission, a nonprofit that supports art projects and artists in Oregon.

Macy said her next role could cover a number of areas, including environment, community development, health care and education or all of the above. Running for public office has crossed her mind, but she prefers something that will be longterm and allow her to stay in Oregon.

“The next move I make quite frankly is going to be a big move and a long-term move, taking into account my daughter and my family,” she said. “It needs to give me a life of purpose and fulfillment, and for that, I need time to reflect.”