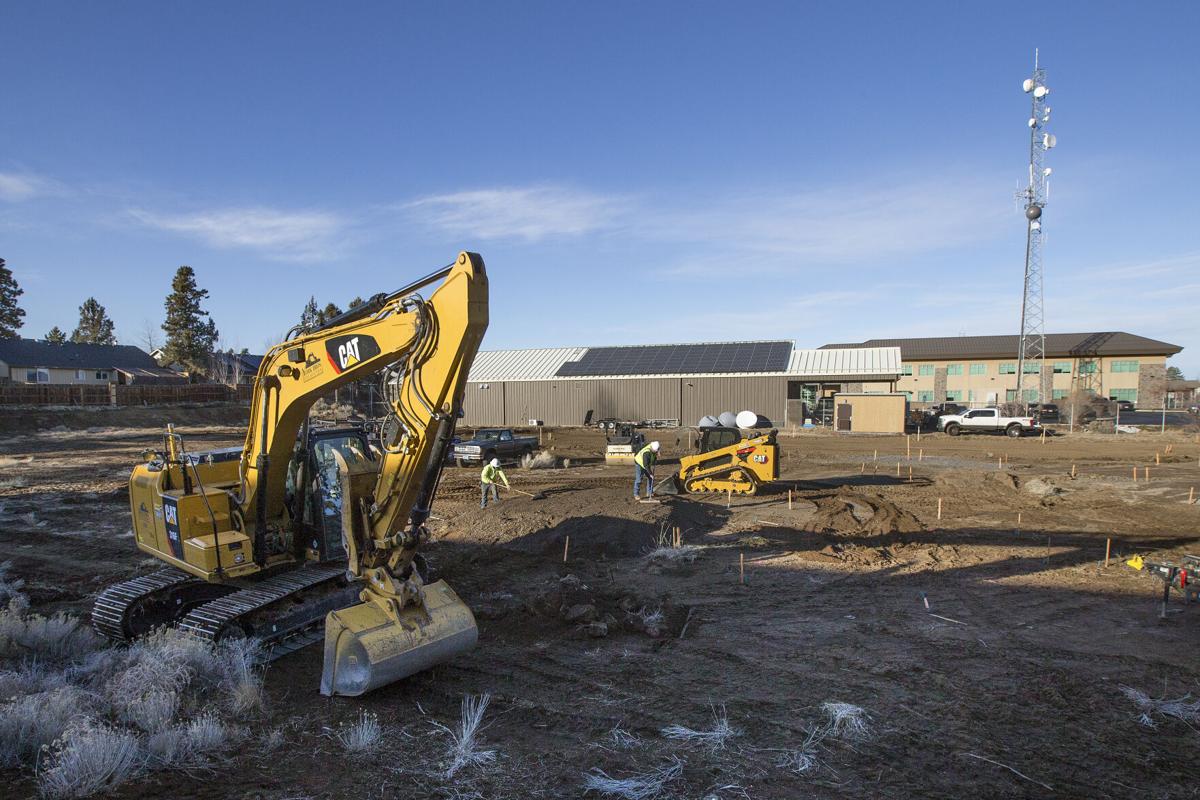 Employees with York Bros. Excavation level an area of soil Thursday at the Central Oregon Veterans Village project currently under construction in Bend 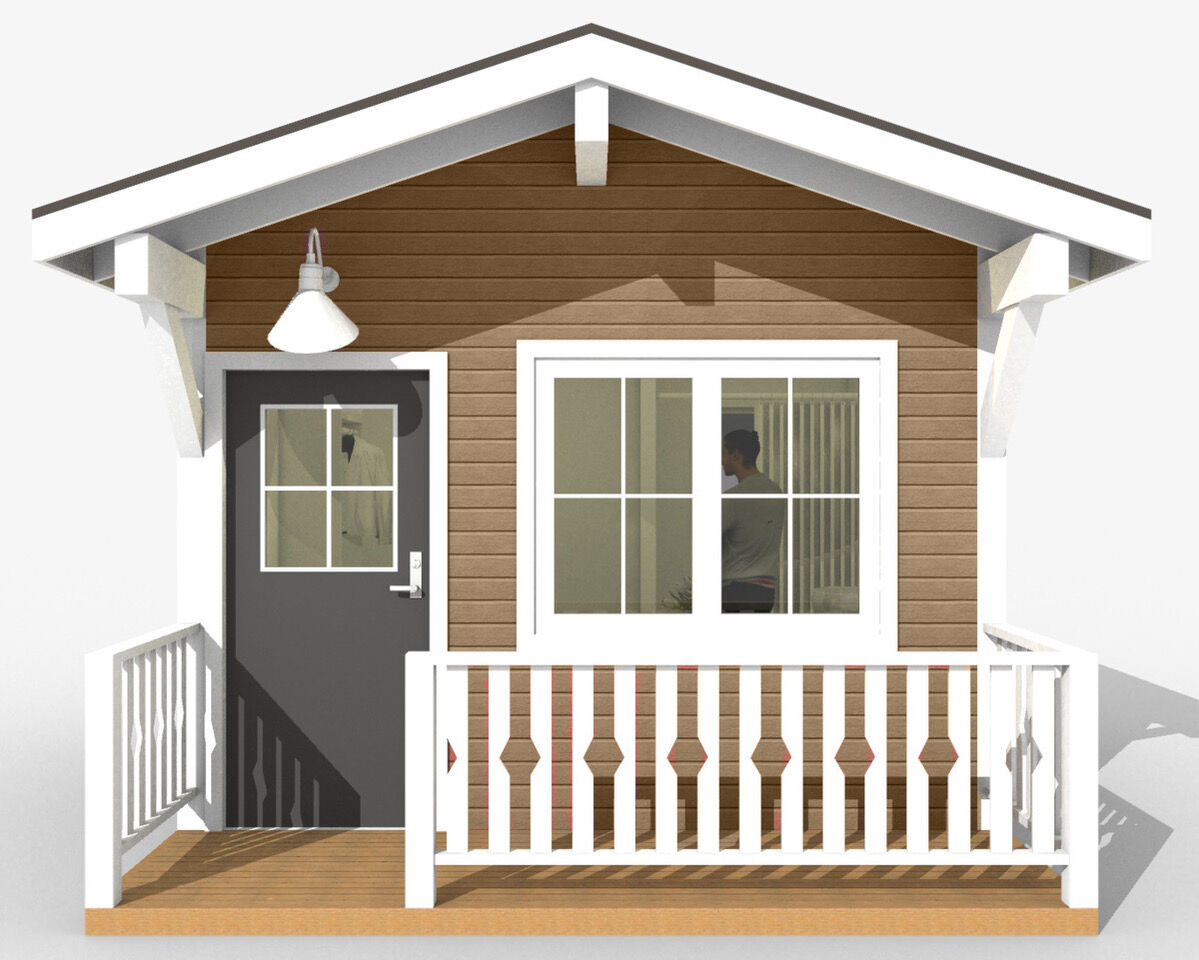 A rendering of the small homes veterans will be given at the Central Oregon Veterans Village project in north Bend. 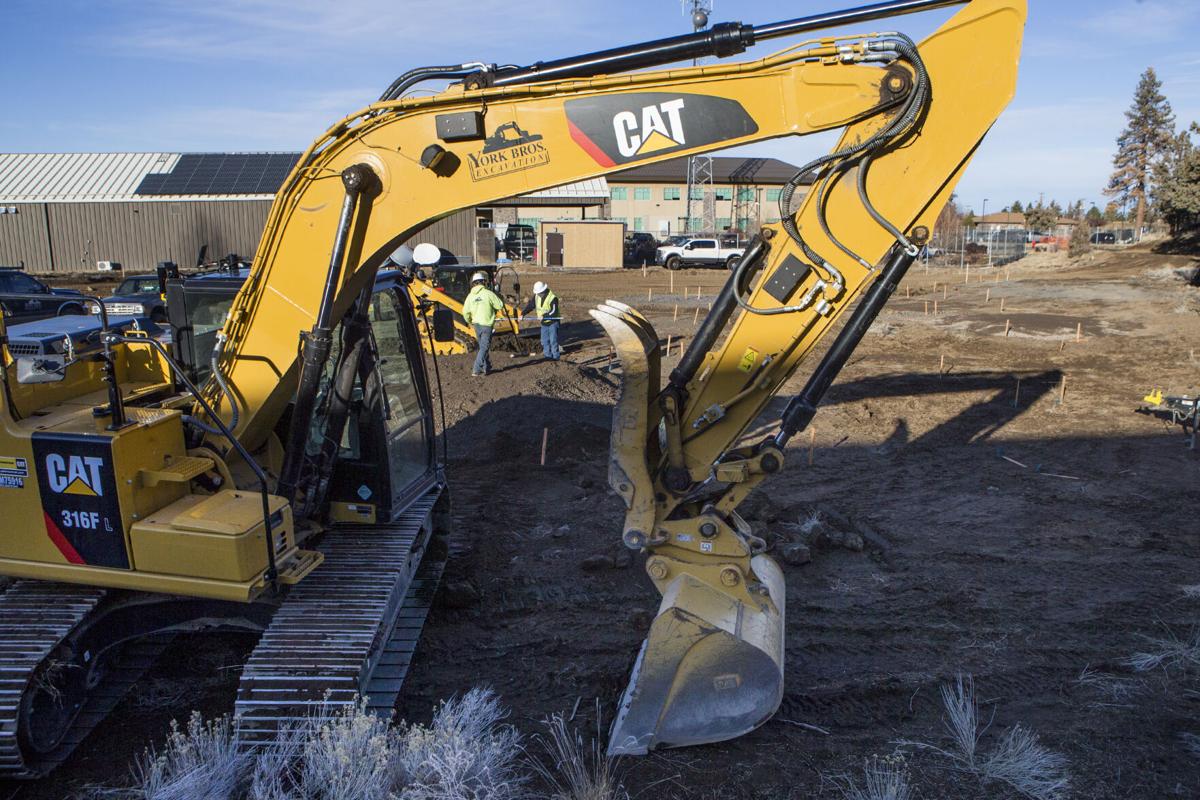 Employees with York Bros. Excavation level an area of soil at the Central Oregon Veterans Village project currently under construction in Bend.

Employees with York Bros. Excavation level an area of soil Thursday at the Central Oregon Veterans Village project currently under construction in Bend

A rendering of the small homes veterans will be given at the Central Oregon Veterans Village project in north Bend.

Employees with York Bros. Excavation level an area of soil at the Central Oregon Veterans Village project currently under construction in Bend.

The dream to house homeless veterans in a project known as the Central Oregon Veterans Village is close to becoming a reality in Bend. This week, the Bend Heroes Foundation broke ground on the project, which when completed will include individual tiny houses and a community building to house and support 15 veterans on a plot of Deschutes County-owned land next to the public safety campus off U.S. Highway 20 in north Bend.

The foundation, which raises money and awareness for veterans’ issues, and Central Oregon Veterans Outreach, a nonprofit that serves homeless veterans, hope to have their first residents moving in by mid-February, said

Erik Tobiason, the president of the Bend Heroes Foundation.

After fundraising and working to make this happen for the past two years, Tobiason said it “feels extraordinary” to be roughly 30 days away from being able to move a veteran out of the woods and into

“You thought you may never get to this day, so it’s incredibly exciting to be a part of something like this,” Tobiason said Thursday. “It’s kind of mind blowing to have witnessed the county and the city and the citizens work on this project.”

The village will be the first of its kind in Central Oregon, and is largely possible thanks to House Bill 4212, which passed the state Legislature this summer and allows local governments to create emergency shelters without having to go through the regular land use process, which can be costly, takes a long time to review and requires public comment periods.

The village is also possible thanks to a mix of funding that comes from Deschutes County, the city of Bend and individual donations, Tobiason said. About half of the project is funded so far, which will be enough to build the 15 tiny homes in phases over the course of three months.

The foundation still needs funding for a 2,500-square-foot community building, which would have communal dining and showering facilities, said Tobiason.

It will take $300,000 a year to operate, Tobiason said. His vision is to have the city, the county and private donations pay each a third for it. So far, the county has contributed $100,000, and the city has established a construction excise tax, which will generate revenue from commercial building permits over time.

Central Oregon Veterans Outreach will be the organization managing the housing, and helping residents connect with services.

Kathy Skidmore, the executive officer of the organization, said the nonprofit is looking forward to the village coming online, especially since she has seen first hand this year how housing-first programs for homeless veterans are effective.

Central Oregon Veterans Outreach was able to find permanent housing for 40% of the 57 veterans it housed in hotels, Skidmore said — a rate that is much higher than usual.

Part of it comes down to improved communication, said J.W. Terry, executive director of the veterans organization. Many homeless people don’t have phones, or if they do they have limited minutes, making regular communication about connecting with services difficult.

But even more than that, giving someone regular shelter strips away the chaos and stress that comes with living without shelter, Skidmore added.

“When you feel safe, you feel healthier. You can focus on things to improve and not just survive day to day,” Skidmore said.

The project has been met with objections, however. In emails to the Bend City Council sent in the fall, some residents of the adjacent neighborhood expressed concerns about how homeless people could affect their comfort and safety.

In 2019, the Chestnut Park neighborhood experienced issues. It is next to the warming shelter that was held at the county’s public safety campus, said Annette Wilson Christensen, a resident of the neighborhood.

“While all of us recognize the tremendous need for the warming shelter, the neighborhood’s experience was negative: trash was left all along Poe Sholes (Drive), people knocked at the day care center mistaking it as a place for food, and garbage cans were (rifled) throughout the entire neighborhood over to Harvest Park,” Christensen wrote in an email. “The overflow of homeless people had a real impact on our livability and sense of safety. How will the area outside of the Village be patrolled?”

Bend City Councilor Barb Campbell, who has been a proponent of the village project for over four years, said she understands people’s concerns.

Campbell said she believes that when you give someone a home and a community they will want to take ownership and take care of it, and in turn, be motivated to be good neighbors.

“I really do believe that most of our homeless population are folks who would like to be a part of the community,” Campbell said. “They don’t want to feel like outcasts.”