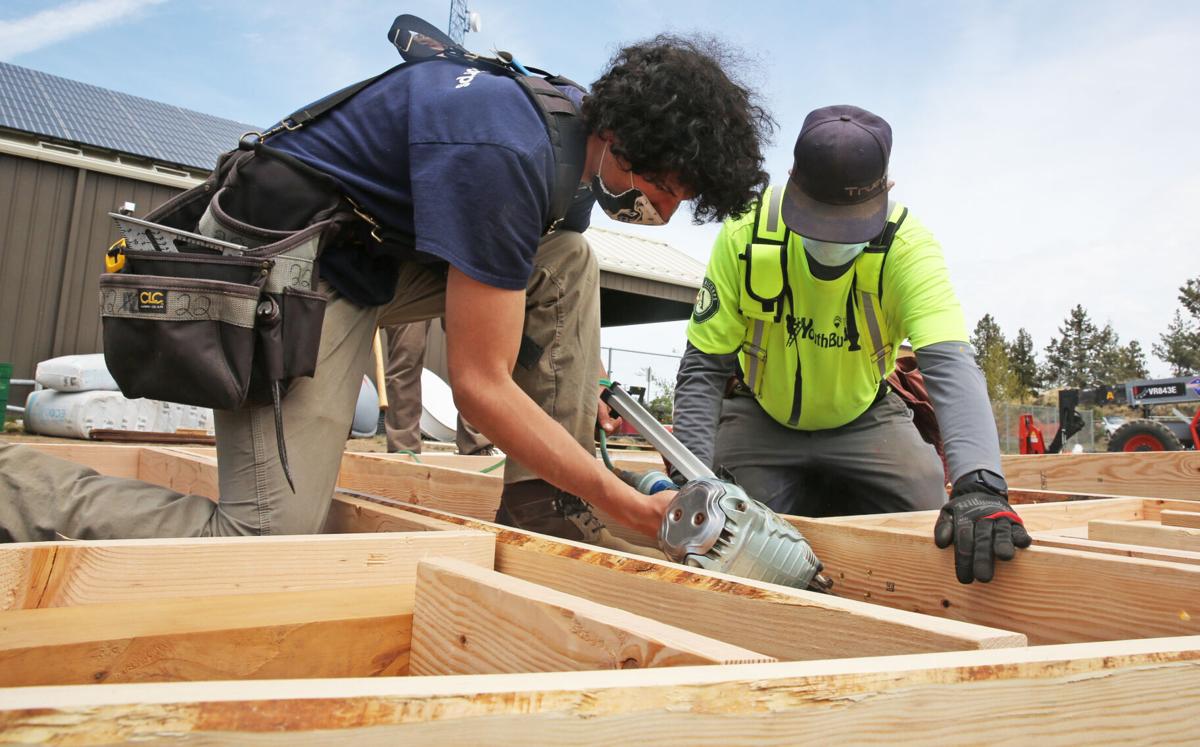 trainer, David Ralston, right, works with Terry Clevenger to frame a wall that will be part of one of the homes at the Veterans Village in Bend. 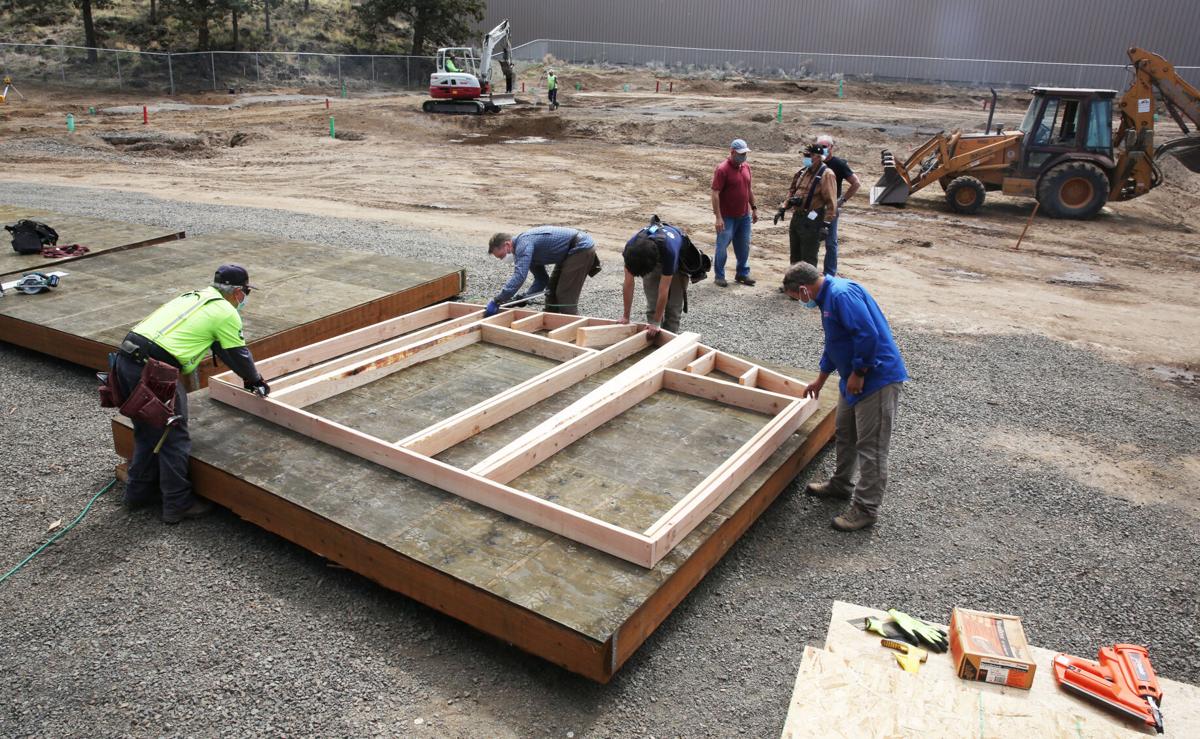 Erik Tobiason, president of Bend Heroes Foundation, right, works with volunteers and Heart of Oregon Corps personnel to build homes at the Veterans Village in Bend.

trainer, David Ralston, right, works with Terry Clevenger to frame a wall that will be part of one of the homes at the Veterans Village in Bend.

Erik Tobiason, president of Bend Heroes Foundation, right, works with volunteers and Heart of Oregon Corps personnel to build homes at the Veterans Village in Bend.

With construction underway, the Central Oregon Veterans Village is set to house some homeless veterans as soon as June 1. On Friday, eight volunteers from the youth advocacy organizations Heart of Oregon Corps and J Bar J Youth Services built the walls that would soon become homes for six homeless veterans.

The project is the first of its kind in Central Oregon, but modeled off existing villages like the one in Clackamas County. Erik Tobiason, the president of the Bend Heroes Foundation, which is behind the project, said it’s been incredible to watch local governments and private residents come together to make the project happen.

“It’s amazing. A year ago, we were just talking to the city and county about this idea … a year later, we’re building houses,” Tobiason said Friday. “We’re going to have these people out of the woods in a few weeks.”

Located on a plot of Deschutes County-owned land next to the public safety campus off U.S. Highway 20 in north Bend, the village will have 15 residential cabins and a community building for homeless veterans once the project is complete, Tobiason said.

The village will be managed by the homeless nonprofit Central Oregon Veterans Outreach.

For more information about the project or on how to donate, visit centraloregonveteransvillage.org.