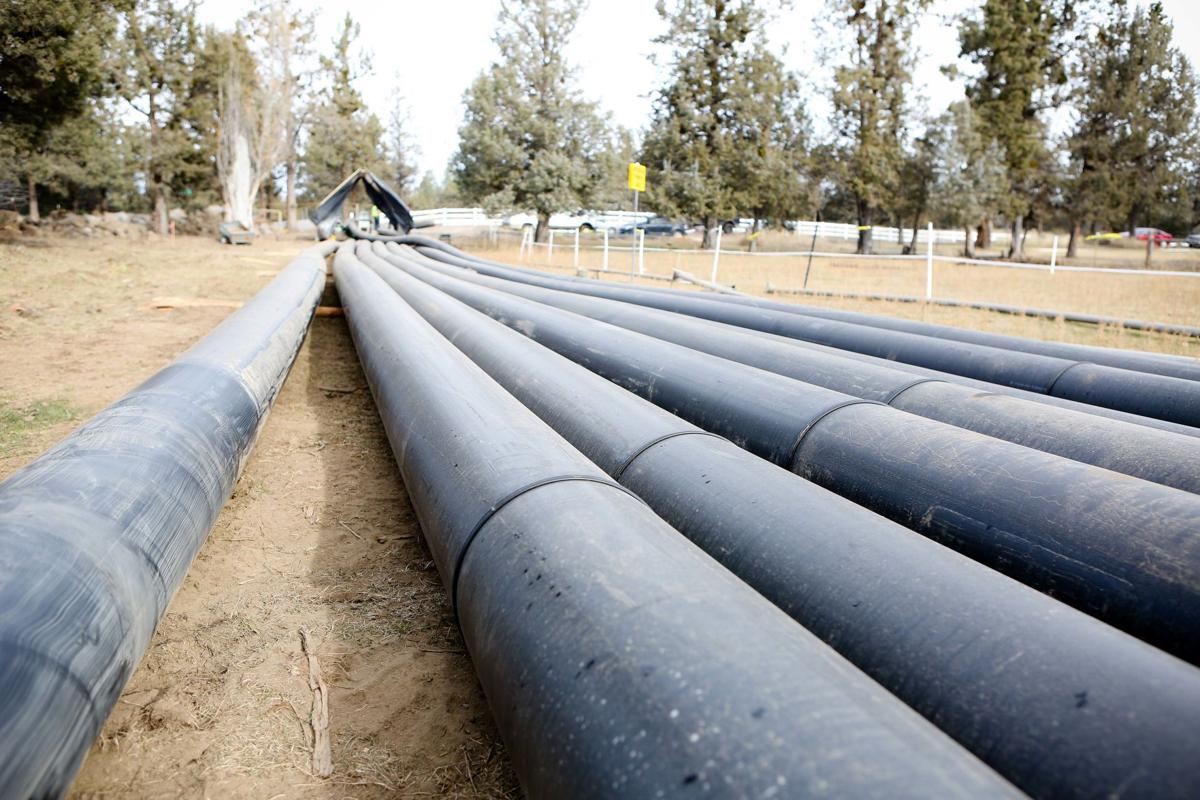 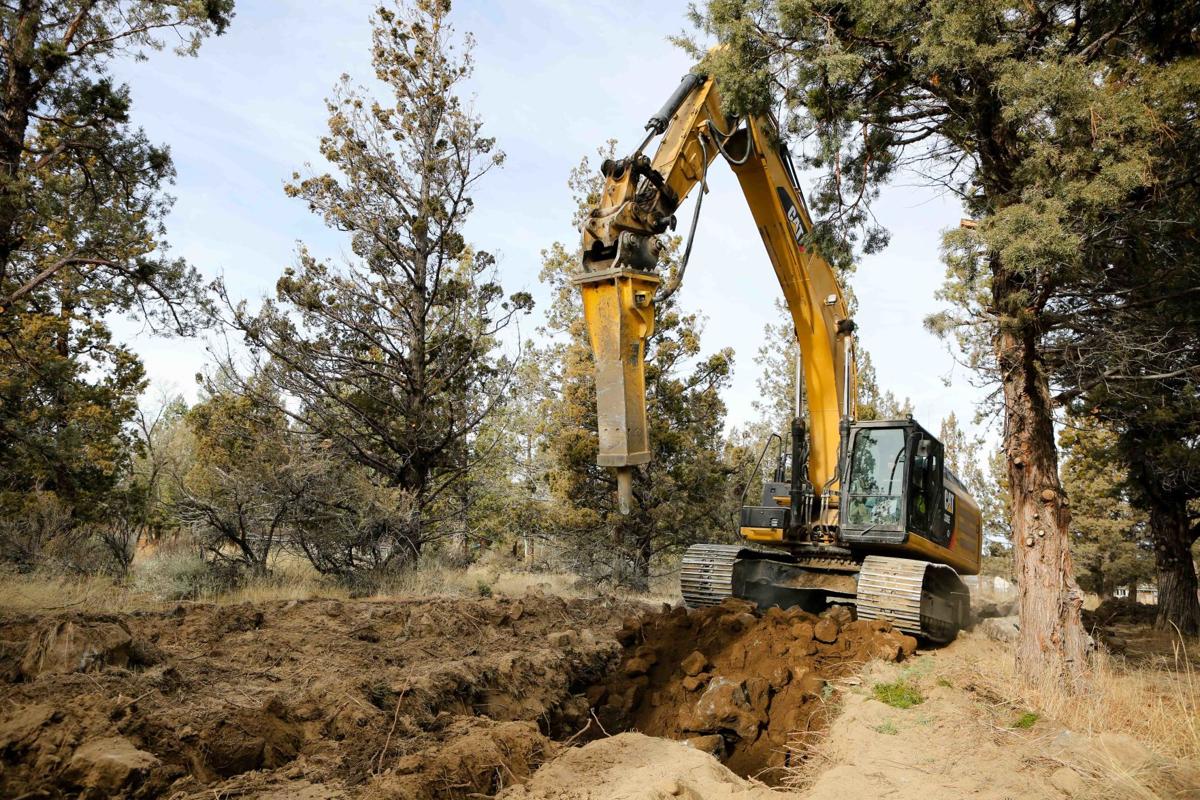 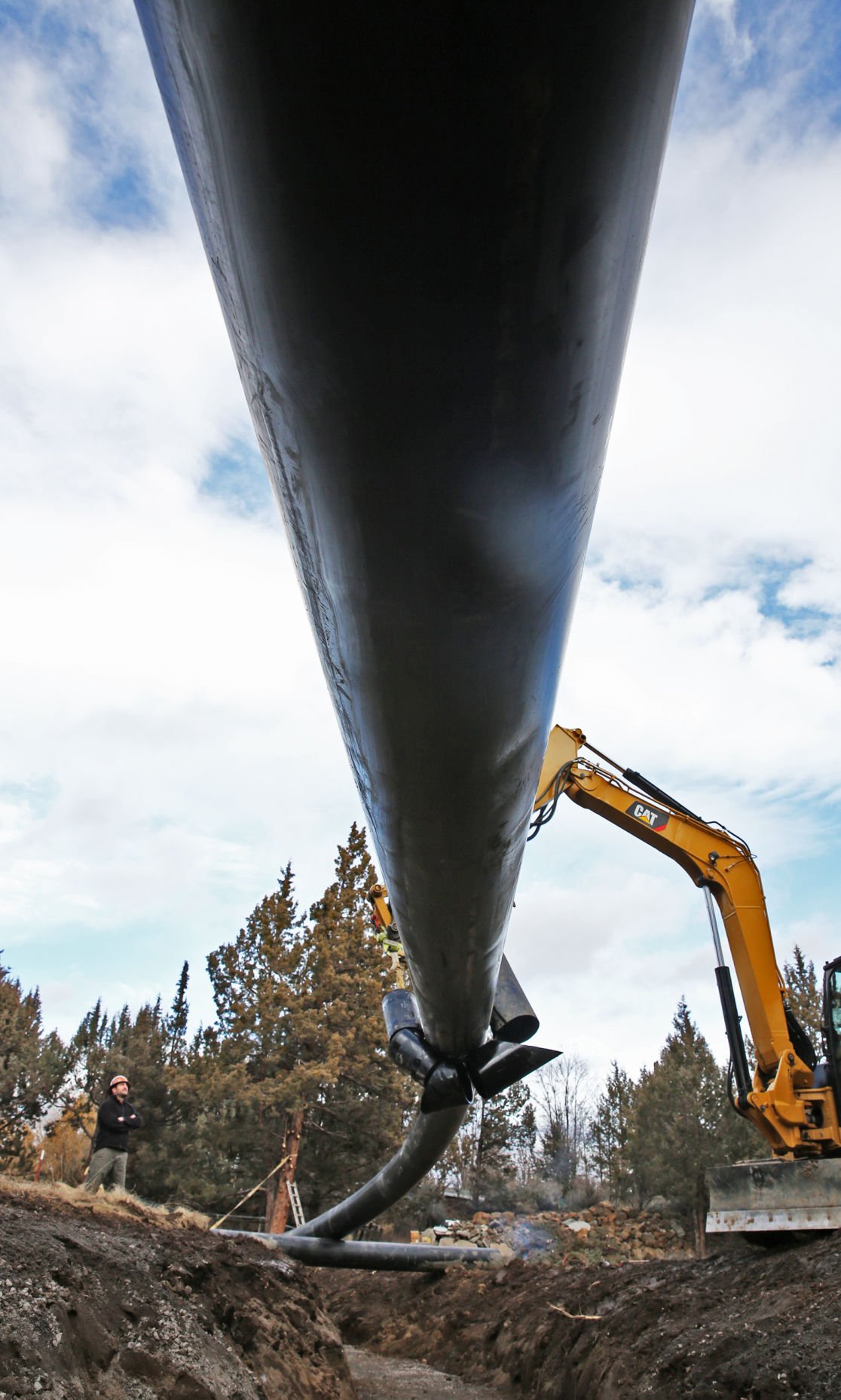 Jer Camarata, district manager of Swalley Irrigation District, looks on as irrigation pipe is pulled into the canal trench. Sixteen of Swalley’s 28 miles of canal have already been piped. The Rogers pipeline is 3 miles and is expected to go online in April.

Jer Camarata, district manager of Swalley Irrigation District, looks on as irrigation pipe is pulled into the canal trench. Sixteen of Swalley’s 28 miles of canal have already been piped. The Rogers pipeline is 3 miles and is expected to go online in April.

For more than a century, Swalley Irrigation District has tapped the Deschutes River with a series of antiquated canals and ditches, technologies that by themselves cause water loss due to seepage. Now the district says it will fully reverse this trend and pipe its entire canal network.

Piping its canals will take seven years, but the district says the cost and time needed to upgrade to 21st-century technologies will be worthwhile to save water and protect habitats used by threatened and endangered species.

Central Oregon’s canals are notorious for leaking water into the porous volcanic rock of the High Desert. Water loss deprives the Deschutes River of water flows necessary for fish and wildlife.

Piping allows irrigation districts to keep more water in the river throughout the year.

Sixteen of Swalley’s 28 miles of canal have already been piped. When Swalley’s remaining 12 miles of canal-to-pipe construction is complete, the district will be saving 56 cubic feet per second of water. Swalley’s overall consumption of water will drop by 55%, according to a release.

Flows in the Middle Deschutes — the section of river that will benefit from Swalley piping — drop from 700 cfs in winter to just 135 cfs during the summertime peak irrigation season.

Swalley, founded in 1899, is Central Oregon’s smallest irrigation district, serving 668 patrons on about 4,300 acres of land, from downtown Bend to Eagle Crest south of Redmond. The district has no storage rights or reservoirs to draw from and is fully reliant on surface water flows from the Deschutes River.

“When the Rogers Project is complete this April, we will have piped almost 70% of our entire district, saving 45 cubic feet per second," or more than 20,000 gallons per minute, said Jer Camarata, Swalley’s district manager.

The Rogers project will bring the total to 19 miles of piped infrastructure. The remaining 9 miles of pipe will be laid in stages until 2027.

Swalley is not alone in its quest to pipe its canals. The Central Oregon Irrigation District, one of the largest in the area, is planning a $30 million project to pipe a 5-mile section of the Pilot Butte Canal between Redmond and Smith Rock. COID is planning to pipe 60 miles of its canal network over the next 30 years, according to Craig Horrell, the district manager.

For Swalley patrons, the good news is a potential cut in electricity bills as pressurized water should help them cut down on costly electric-powered pumping.

When water is saved on the farm, it allows the district to cut back on water intake, saving it for species whose life depends on it, such as trout and frogs.

“Flows in the Middle Deschutes will greatly be enhanced forever, and water users will have all the water they need,” Camarata said. “That’s a not-too-distant future that makes us excited.”

Editor's note: This article has been corrected. In the original original version, the amount of water saved by the piping project was misstated.