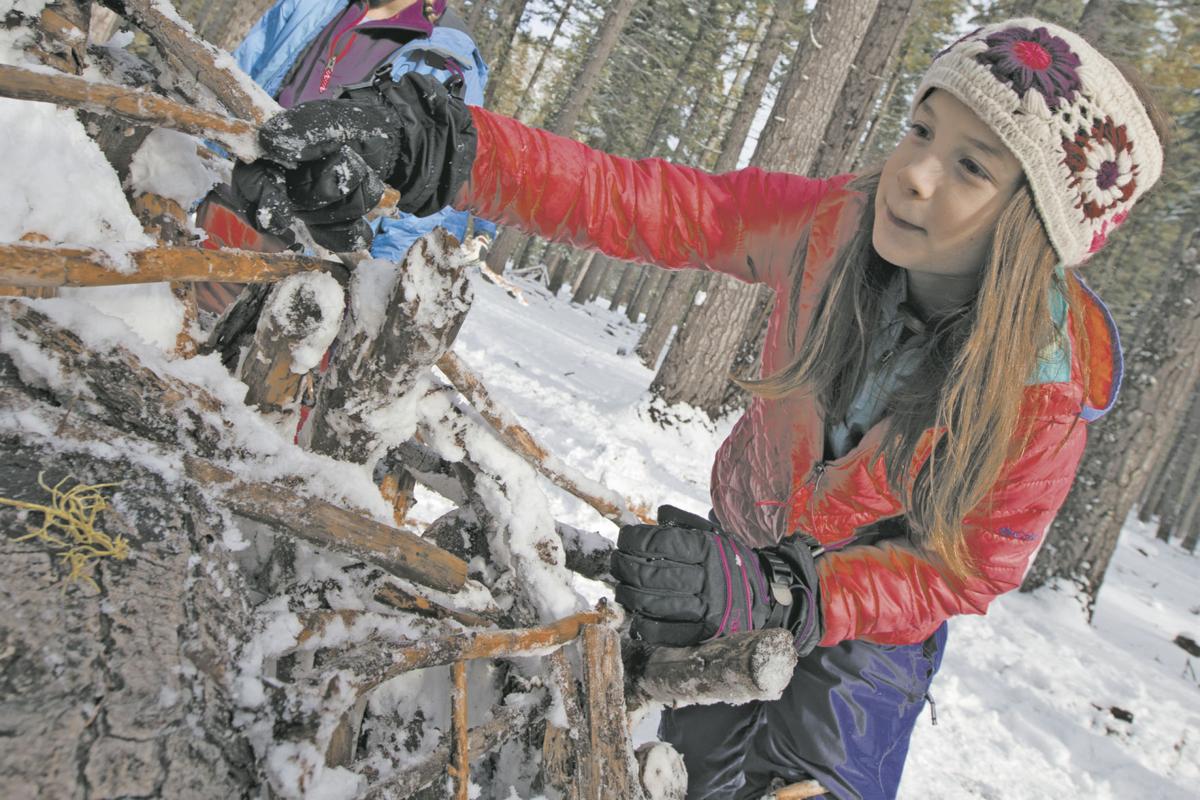 Andy Tullis / The BulletinFourth-grader Callie Thomas, 9, places a branch on a shelter she was building with her classmates. 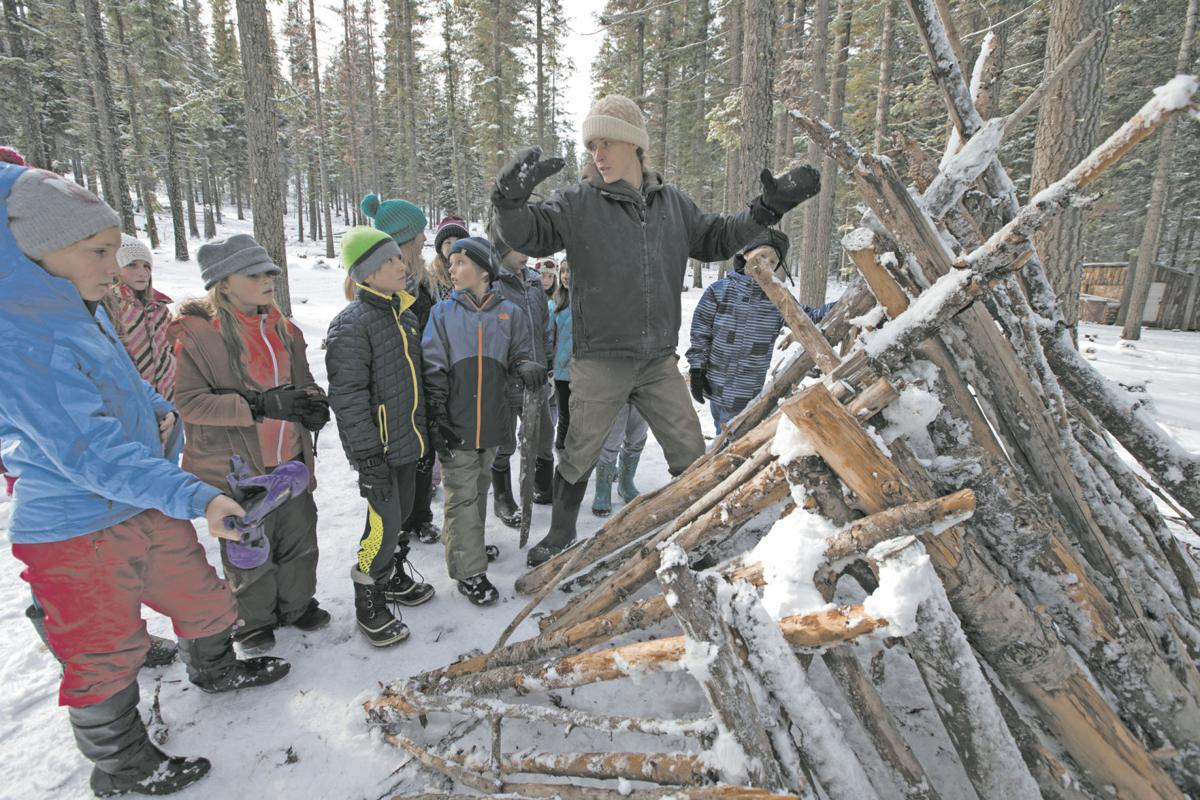 Andy Tullis / The BulletinRainbow Dreamer, of Wildheart Nature School, center, explains to fourth-graders from Amity Creek Magnet School how to build a shelter during a field trip focusing on survival skills. 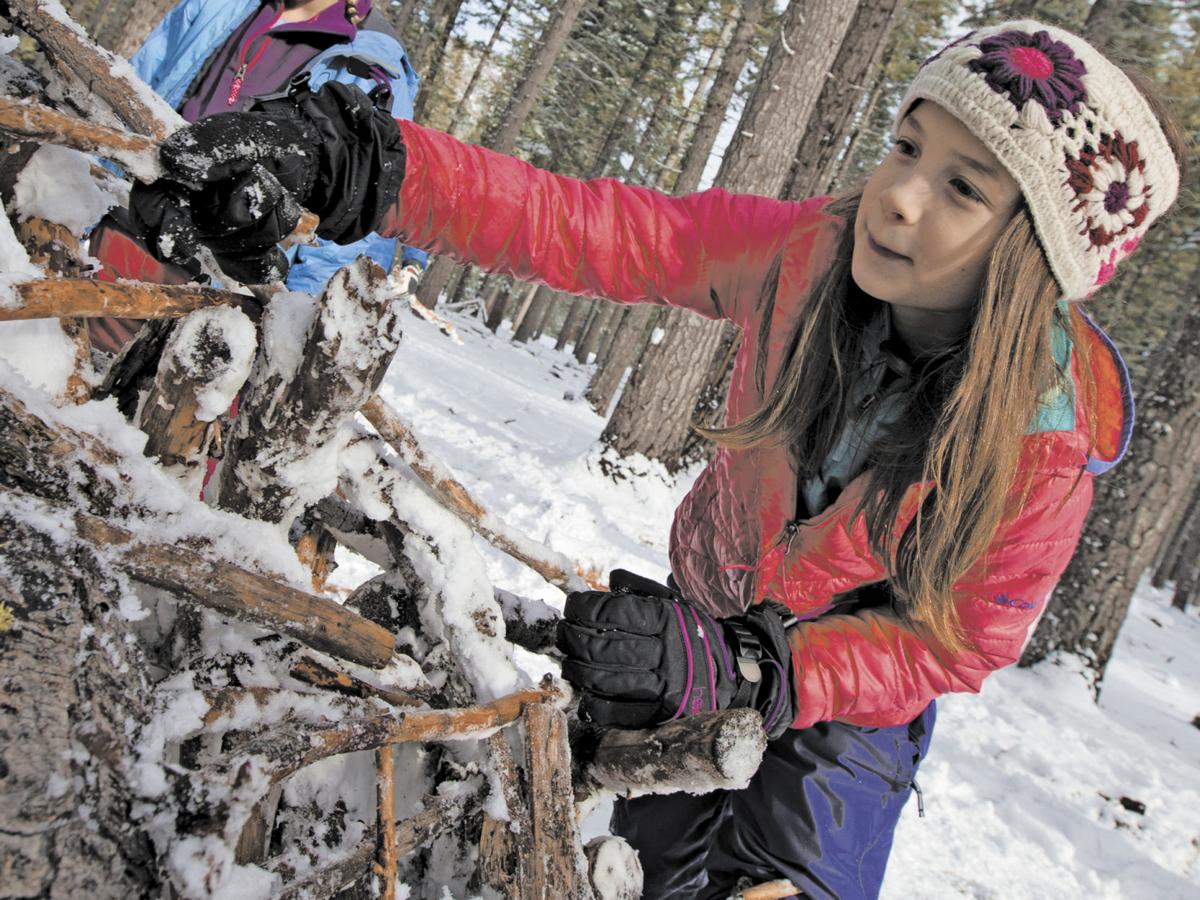 Andy Tullis / The BulletinFourth-grader Callie Thomas, 9, places a branch on a shelter she was building with her classmates from Amity Creek Magnet School during a field trip learning day focusing on survival skills at Skyliner Lodge last week.

Andy Tullis / The BulletinFourth-grader Callie Thomas, 9, places a branch on a shelter she was building with her classmates.

Andy Tullis / The BulletinRainbow Dreamer, of Wildheart Nature School, center, explains to fourth-graders from Amity Creek Magnet School how to build a shelter during a field trip focusing on survival skills.

Andy Tullis / The BulletinFourth-grader Callie Thomas, 9, places a branch on a shelter she was building with her classmates from Amity Creek Magnet School during a field trip learning day focusing on survival skills at Skyliner Lodge last week.

Surviving being stranded in the wild is a great feat for a child — even greater in the snow.

Wendy Pierce’s fourth-grade students from Amity Creek Magnet School got the opportunity to test their skills last week, building shelters outside at Skyliner Lodge. The lesson was related to their reading of Gary Paulsen’s novel “Hatchet,” in which a 13-year-old must survive on his own in the woods after he is the lone survivor of a plane crash.

Outside of the lodge, located west of Bend, the children listened intently to Rainbow and Amara Dreamer, the husband and wife founders of Wildheart Nature School.

“I want everyone to put on their last rib in the rib cage,” Rainbow Dreamer said, standing back to monitor the students’ progress.

He had showed the children how to place a large support branch, like a backbone, leaning horizontally against a stump or tree. The backbone formed the peak in what would be the roof of the snow shelter. After setting the backbone, the children added “ribs” to form a structure.

“Yes, nice one ladies,” Rainbow Dreamer said as Callie Thomas and Amara English, both 9, leaned just the right size branch against the backbone of the shelter.

When another child brought over too large of a branch to use as a final rib, Rainbow Dreamer gave a reminder.

“That’s another spine one,” he said.

The next step in the snow shelter was to put on the “flesh.”

The children began adding a layer of rotten wood or branches with twigs coming off of them before adding the last layer, snow.

In the first phase, Rainbow and Amara Dreamer had split the class in half to build two separate shelters, but when it was time to add snow, all of the students worked on one.

Rainbow inspected both, choosing the better one.

When it comes to survival, it’s important to choose the options that mean less work, he said. The better shelter was the one that wouldn’t need as much snow to seal it tight.

“You are your most valuable asset,” Rainbow said. In survival mode, preserving one’s own energy is essential, he said.

When the kids got the green light to start packing snow around the shelter’s branches, they quickly realized the deeper areas of snow were further away from the shelter.

To avoid wasting time and energy with multiple trips back and forth to the snowier parts of the forest, Finn Howell, 10, rolled a ball the size of a big snowman bottom, about 2 feet wide.

Reggie Strom, 9, asked if he could help break down the giant ball to add it to the shelter.

“Finn, can I have some snow?” Reggie said.

Finn tossed him a snowball.

In another part of the forest, Amara English and Callie gathered their own snow to contribute. Although the main character in “Hatchet,” Brian, didn’t experience snow, the girls felt the lesson in the woods was giving them an idea of what he went through, they said.

Later, they would learn to make fire. But with the snow shelter complete, before breaking for lunch, the Dreamers let the children take turns crawling inside. They told the students they’d give them an owl signal when their turn was over. Climbing inside, Reggie laid on his back, looking above at the branches that held the tiny home, about the size of a small tent, together.

“Hoo-hoo, hoo-hoo,” Amara Dreamer hooted, cueing him to come out.