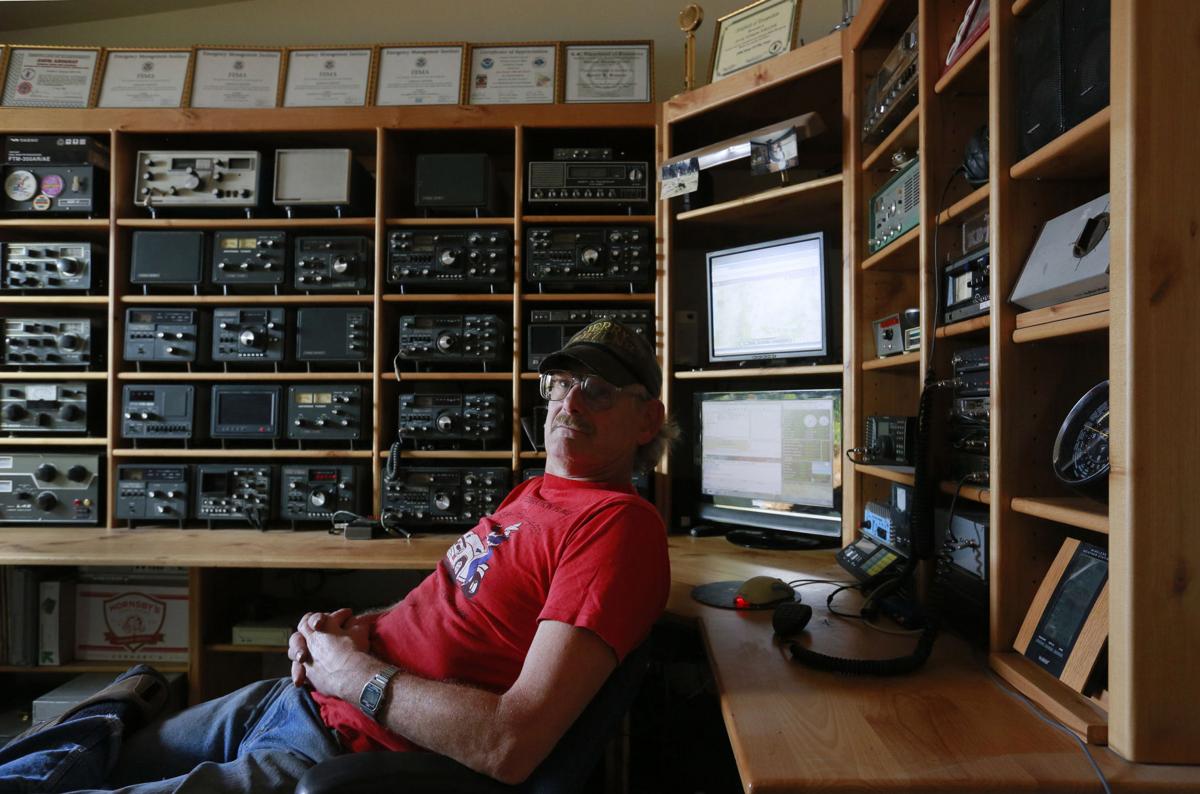 Joe Kline / The BulletinJerry Kenyon sits in the radio monitoring room of his Tumalo home. A volunteer storm spotter with the National Weather Service, Kenyon reports storm information to the agency’s office in Pendleton. He also relays information from other storm spotters after collecting it via radio. 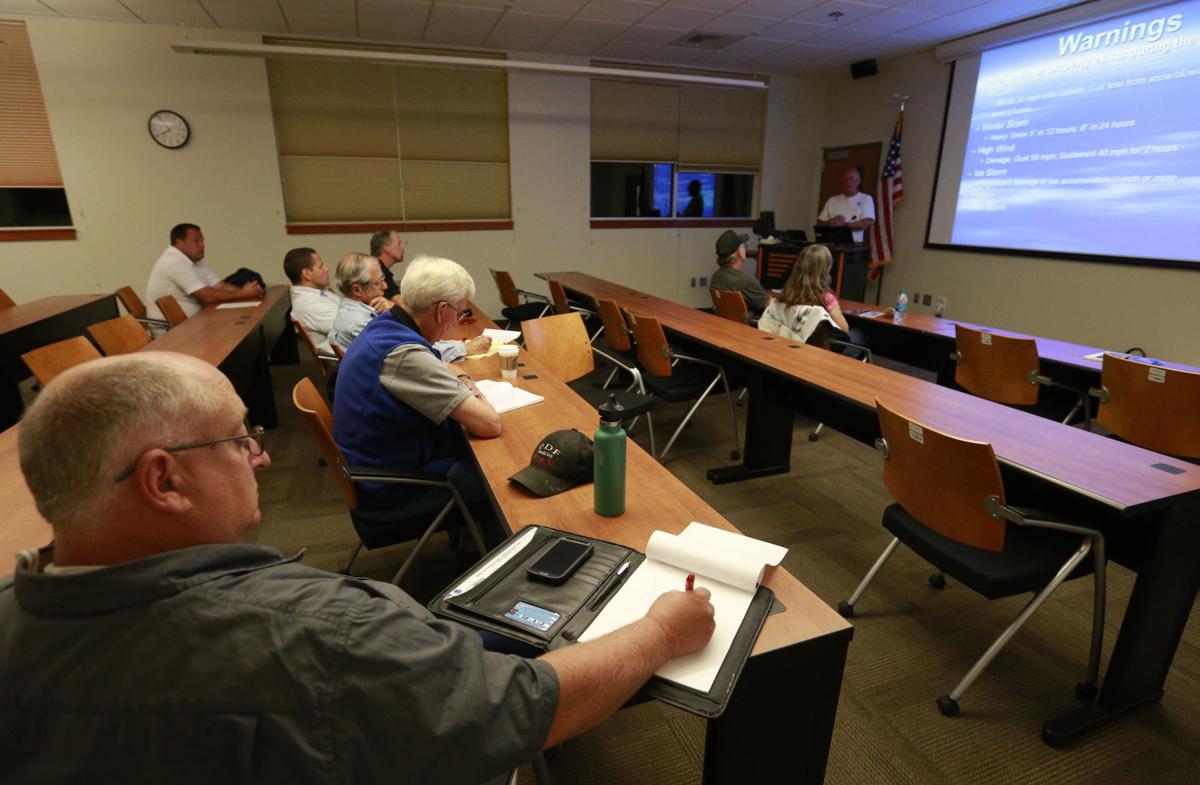 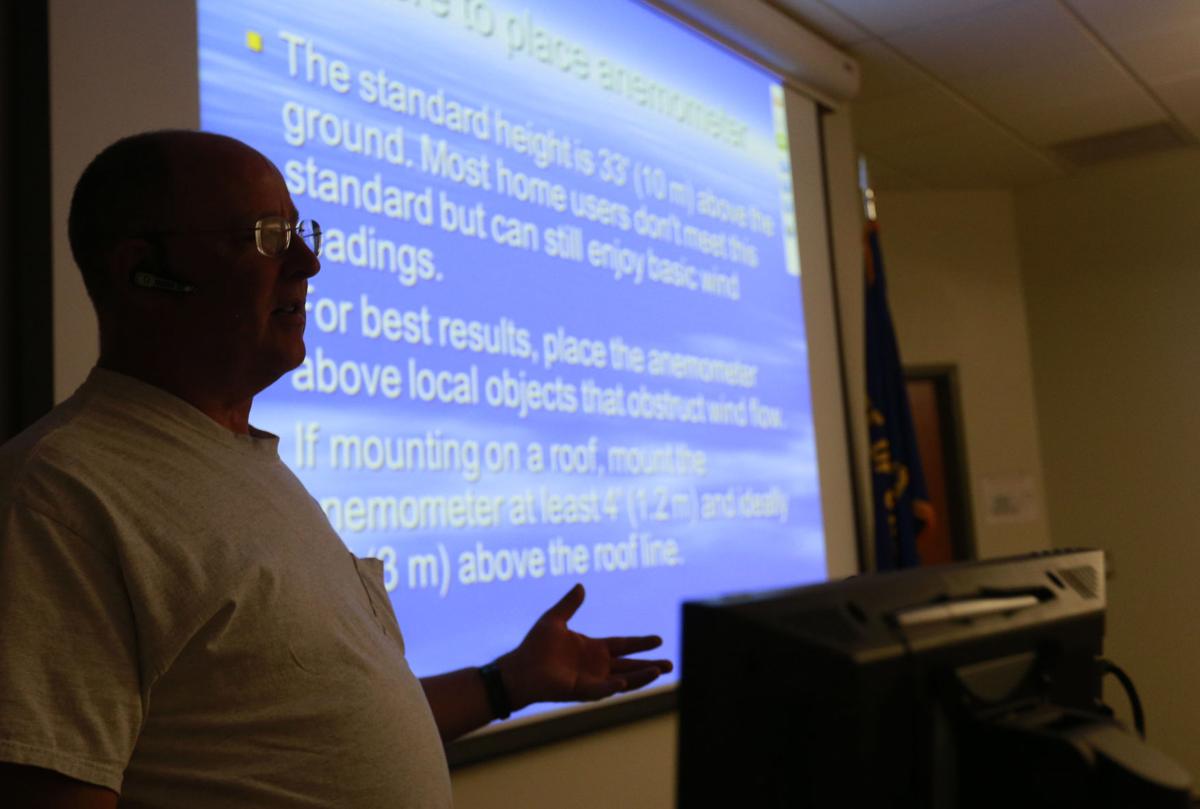 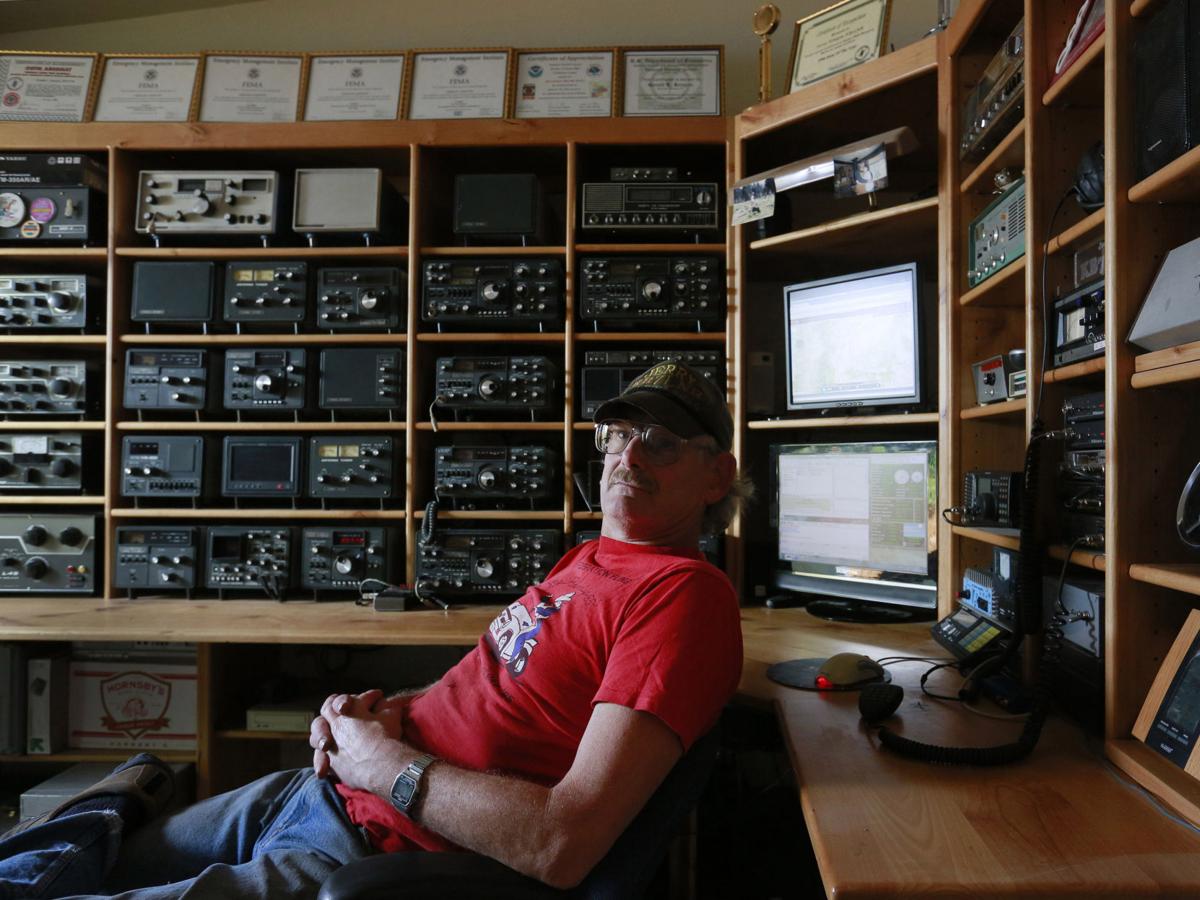 Joe Kline / The Bulletin Jerry Kenyon sits in the radio monitoring room of his Tumalo home. A volunteer storm spotter with the National Weather Service, Kenyon reports storm information to the agencyís office in Pendleton. He also relays information from other storm spotters after collecting it via radio.

Joe Kline / The BulletinJerry Kenyon sits in the radio monitoring room of his Tumalo home. A volunteer storm spotter with the National Weather Service, Kenyon reports storm information to the agency’s office in Pendleton. He also relays information from other storm spotters after collecting it via radio.

Joe Kline / The Bulletin Jerry Kenyon sits in the radio monitoring room of his Tumalo home. A volunteer storm spotter with the National Weather Service, Kenyon reports storm information to the agencyís office in Pendleton. He also relays information from other storm spotters after collecting it via radio.

Jerry Kenyon said he became a storm spotter as an extension of his amateur radio hobby.

Like about 450 other volunteers with the National Weather Service around Central Oregon, he is ready to report what he sees when severe weather strikes. He’s reported everything from large thunderstorms to freak hail storms.

“They rely on us more than they might think when it comes to spotting weather,” said Kenyon, 55, of Tumalo.

Satellites and radar can only tell so much when it comes to weather, so the weather service uses spotter reports to know what’s happening on the ground. The spotters see up close what’s taking place during storms.

“They come from a wide range of ages and backgrounds,” said Dennis Hull, a meteorologist with the weather service’s Pendleton office. “The main thing is they have an interest in weather and a desire to do a public service.”

Hull was in Bend on Monday evening to lead an advanced training for storm spotters.

The program started a couple of decades ago and each spring the weather service holds basic storm spotter trainings and adds more volunteers.

This year, the office also held a fall advanced training. Hull’s presentation Monday evening, before a half dozen weather enthusiasts, included techniques for winter storm spotting, tips for setting up a weather station and a run-through of submitting information online.

The weather service’s Pendleton office has a network of more than 1,800 volunteer storm spotters in its forecast area, which includes Central Oregon, said George Perry, a forecaster with the office. They include about 325 spotters in Deschutes County, about 75 in Jefferson County and about 50 in Crook County — around 450 in all in Central Oregon.

“Each year, we get a few more and a few more,” Perry said. “We’ve just been accumulating.”

The weather service particularly would like to add more people living in rural parts of Central Oregon to the storm spotter list, he said. The cities are well-covered by the volunteers, but the country is not.

“It’s not like the people … go out there and take measurements every day,” he said. “There is much less of a time commitment with this.”

Spotters do not need an elaborate weather station, Perry said, “just a pair of eyeballs” to collect helpful information.

When people sign up for the spotter program they should also expect calls from the weather service, checking to see what storms produce throughout the year.

The weather service lists when storm spotters should file a report on the Pendleton office’s website. Situations include pea-size or larger hail, rain falling a half inch or more per hour, snow of more than an inch per hour and flooding of any kind.

The agency also wants to know about strong winds, freezing rain and mudslides.

The weather service is not the only group tracking weather and asking for help from volunteer spotters in Central Oregon. The Community Collaborative Rain, Snow and Hail Network collects data from around the country and is looking for more observers, said Kathie Dello, Oregon coordinator for the nonprofit group.

“Someone seeing something is much better than an automated station telling me that it is storming,” said Dello, who is also the deputy director of the Oregon Climate Service at Oregon State University in Corvallis.

The group has more than 300 active observers around the state, she said, including many high school students and retirees. The volunteers use low-cost tools to measure rain, snow and hail amounts.

“This is all citizen-driven science,” she said.