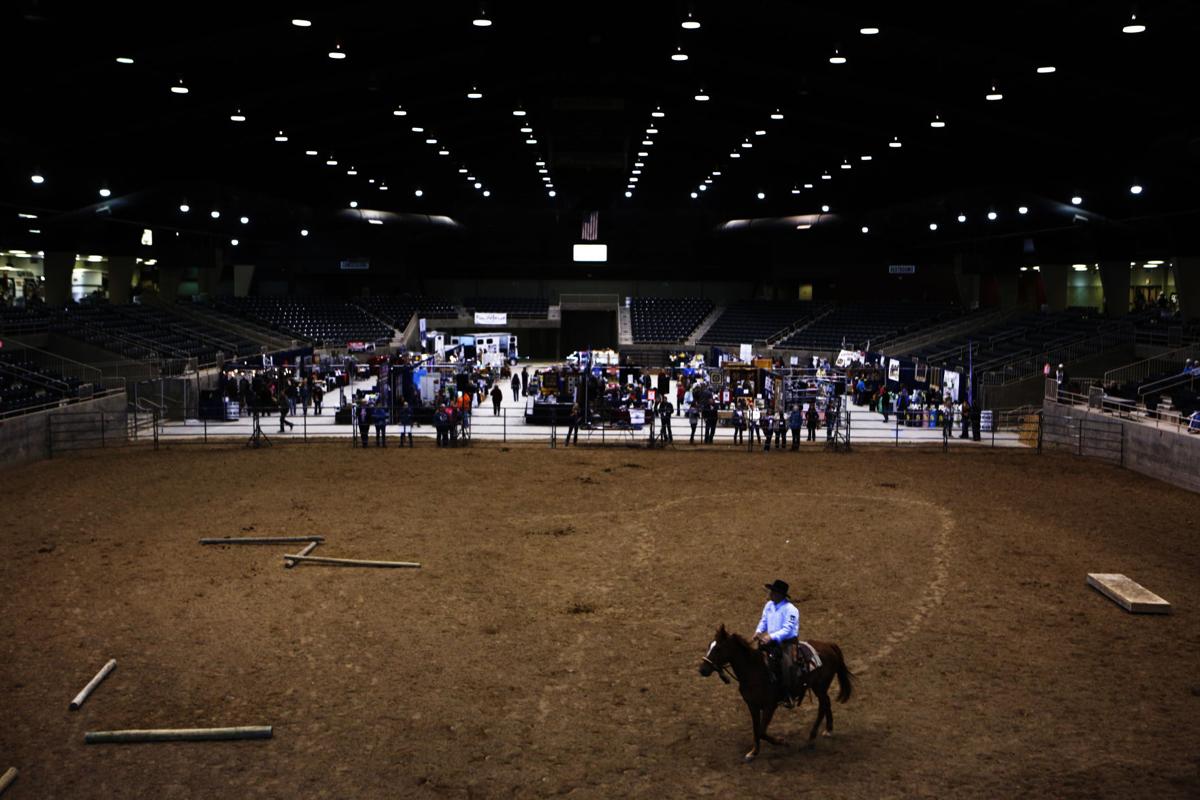 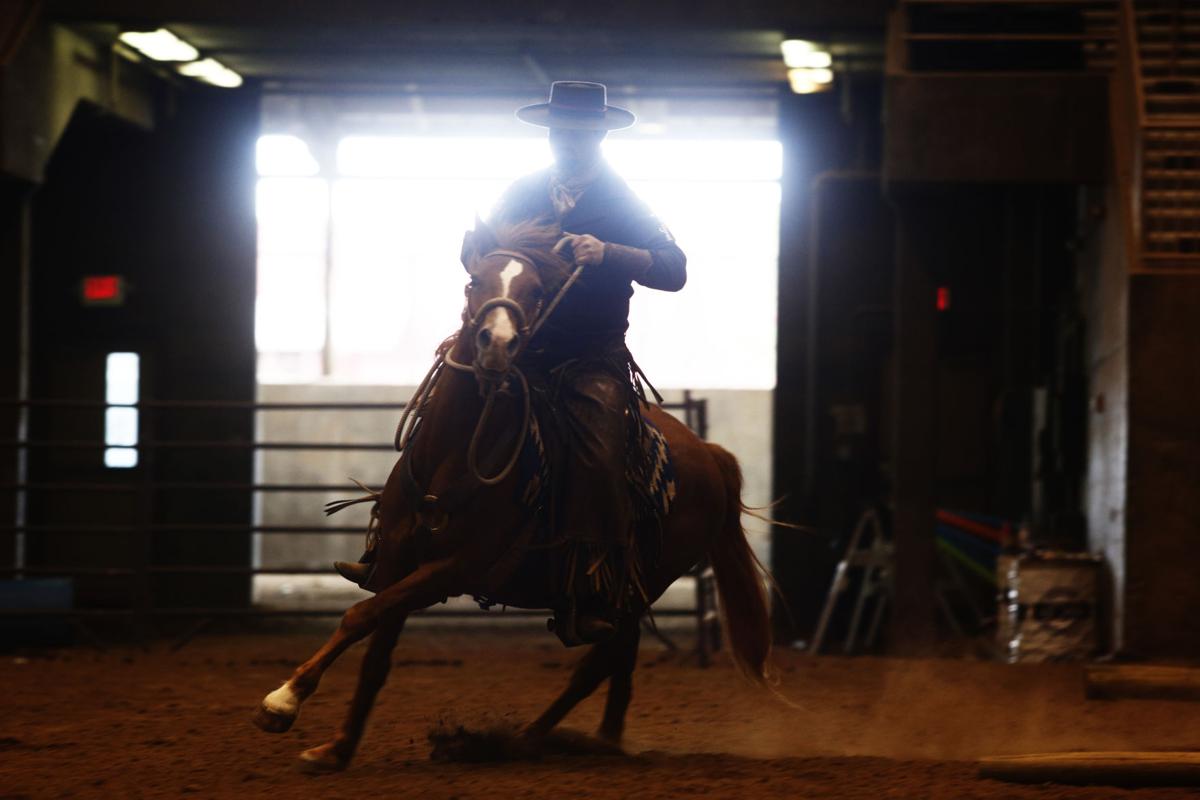 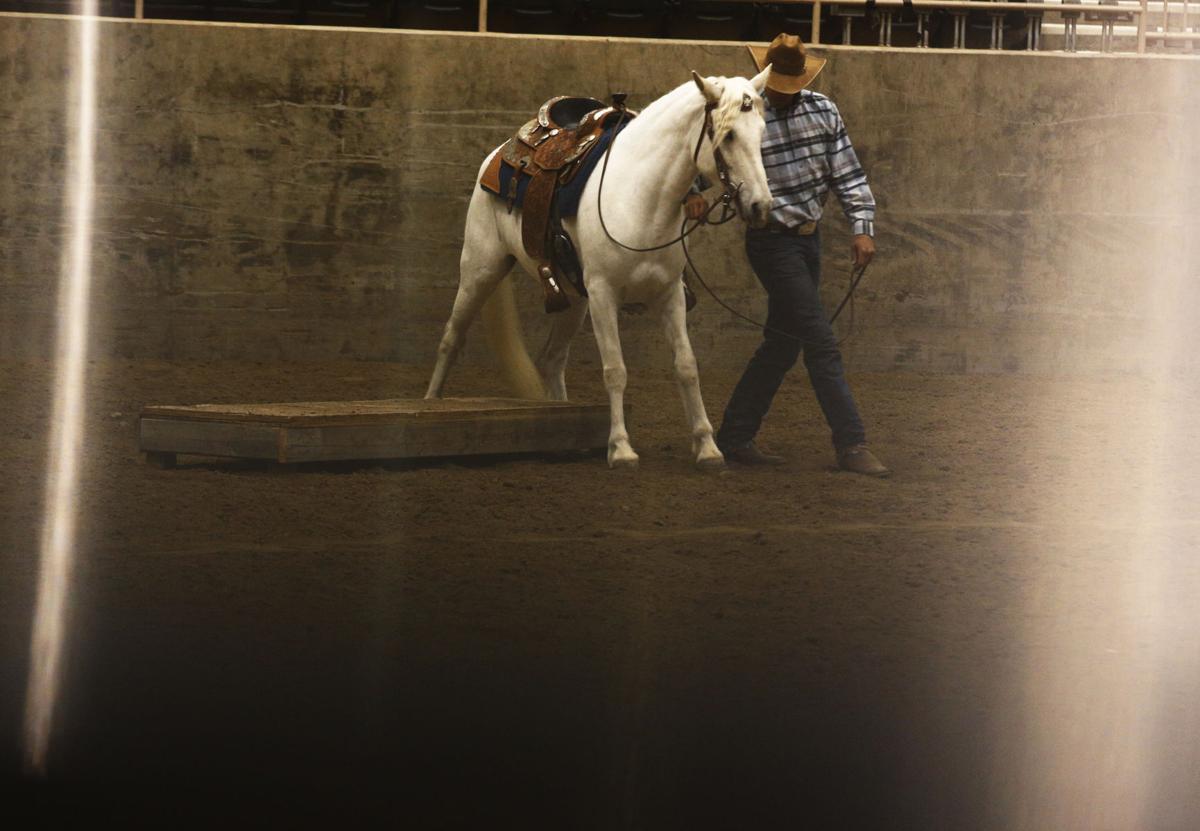 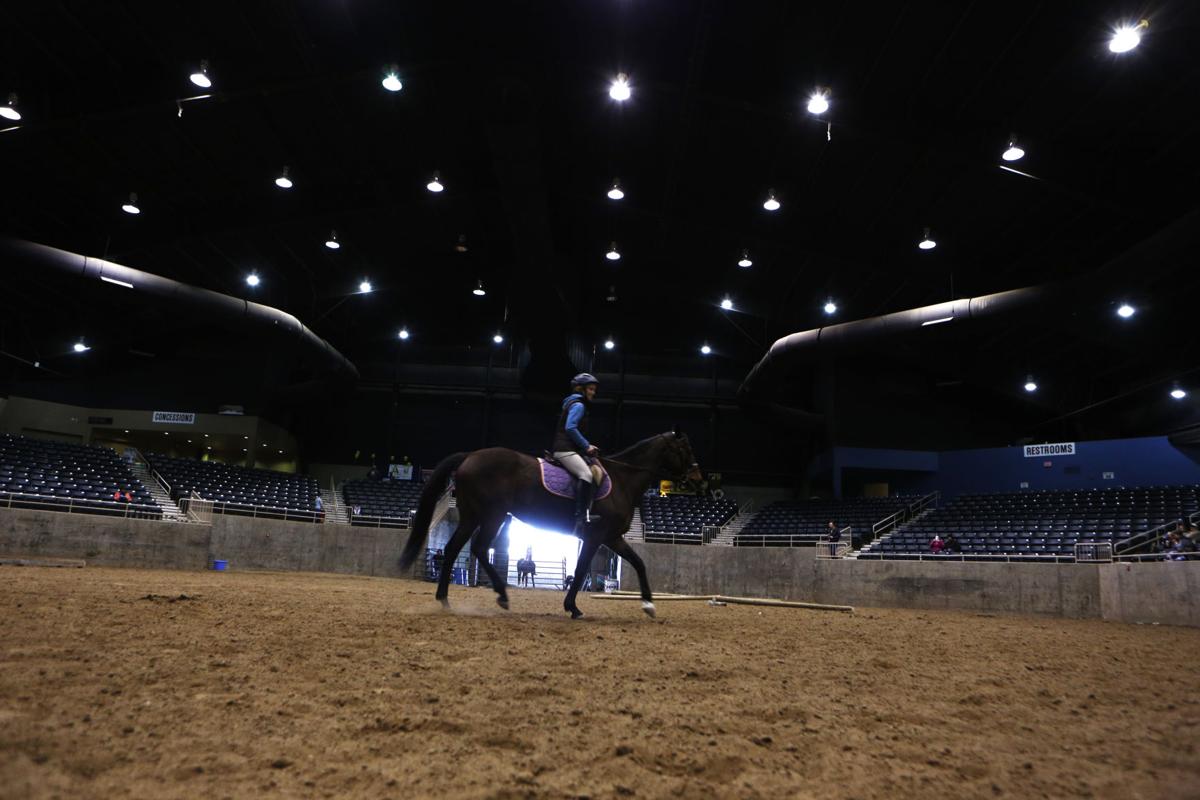 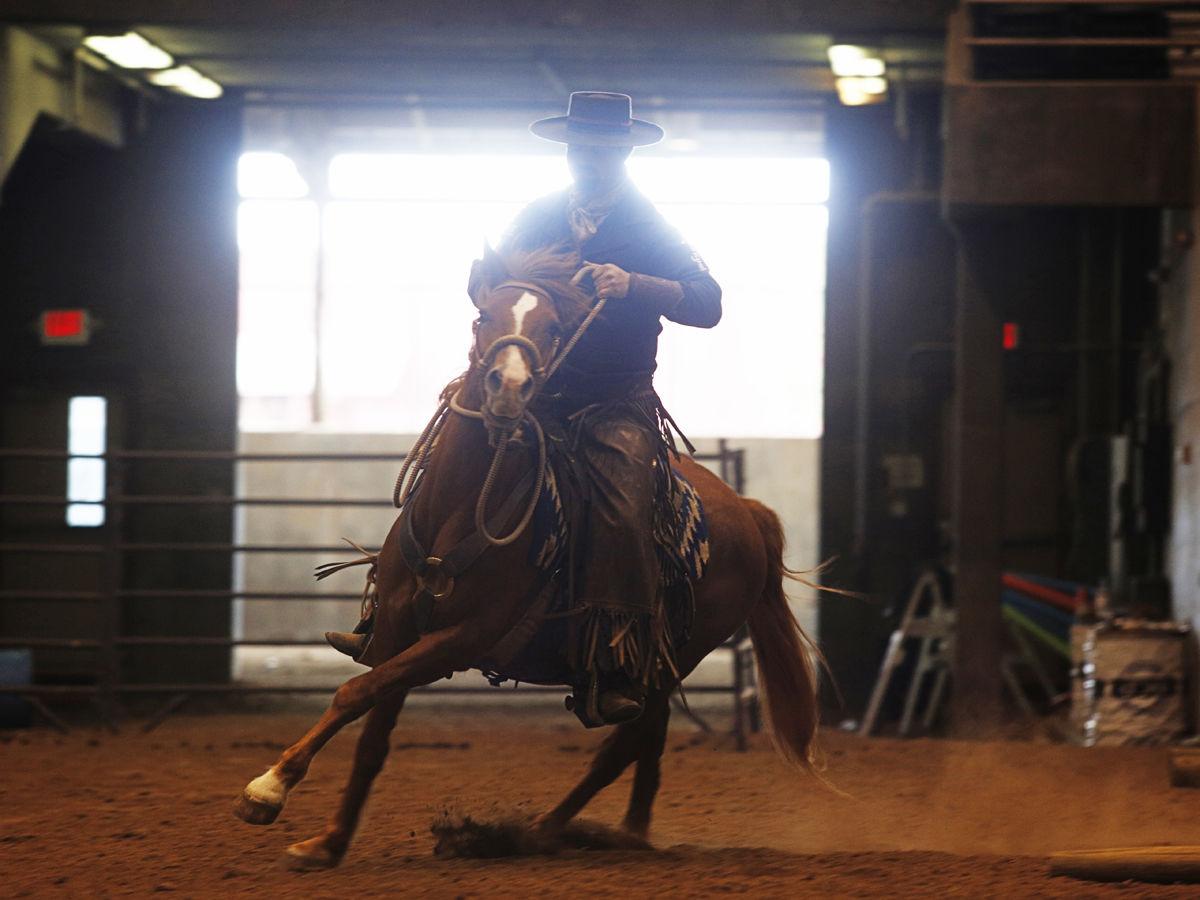 Equine Outreach rescue ranch had nine horses up for adoption over the weekend, but for one trainer it was too hard to let go.

“I couldn’t resist her,” said Nicole Perez, who trained Chiquita, a 10-year-old mare. “I fell in love with her.”

Perez chose to adopt the horse after training her since February. She said she had to train Chiquita every day after work and approach the task differently than she has with other horses.

Equine Outreach, a nonprofit organization east of Bend, had horses available for adoption at the Deschutes County Fair & Expo Center Friday through Sunday.

Each of the horses was taught by separate trainers. Several trainers presented the horses Sunday, riding them and showing their agility when encountering obstacles.

“She didn’t want the saddle on her at all, but she didn’t try to buck,” Perez told the crowd gathered at the fairgrounds. “We just started out with the groundwork.”

The adoption event, known as Rescue Revolution, was held as part of the High Desert Horse Expo. Most of the nine horses were bought at an auction at the Warms Springs Indian Reservation, some having never been ridden before.

“She was terrified of everything,” Norma Horak, a trainer, said about Rosie, a mare from Warm Springs. “You couldn’t move without her jumping.”

Horak told the crowd that Rosie had been spooked last week and tried to jump a 5-foot stock fence, scraping her back legs.

Ka’ela Pruitt trained a thoroughbred mare named Velocity, who was up for adoption as well. The horse was one of the 35 rescued from a Powell Butte ranch in 2012.

Adoption of one of the horses cost $750. Adopters had to be at least 21 years old. As of Sunday, four of the nine were claimed.

“When we can bring (the horse) to the ranch and start training and then find a home, it completes the circle for us,” said Gene Storm, a board member of Equine Outreach.

Storm said the organization thoroughly vets the adopters and wants to make sure they know the responsibilities of owning a horse.