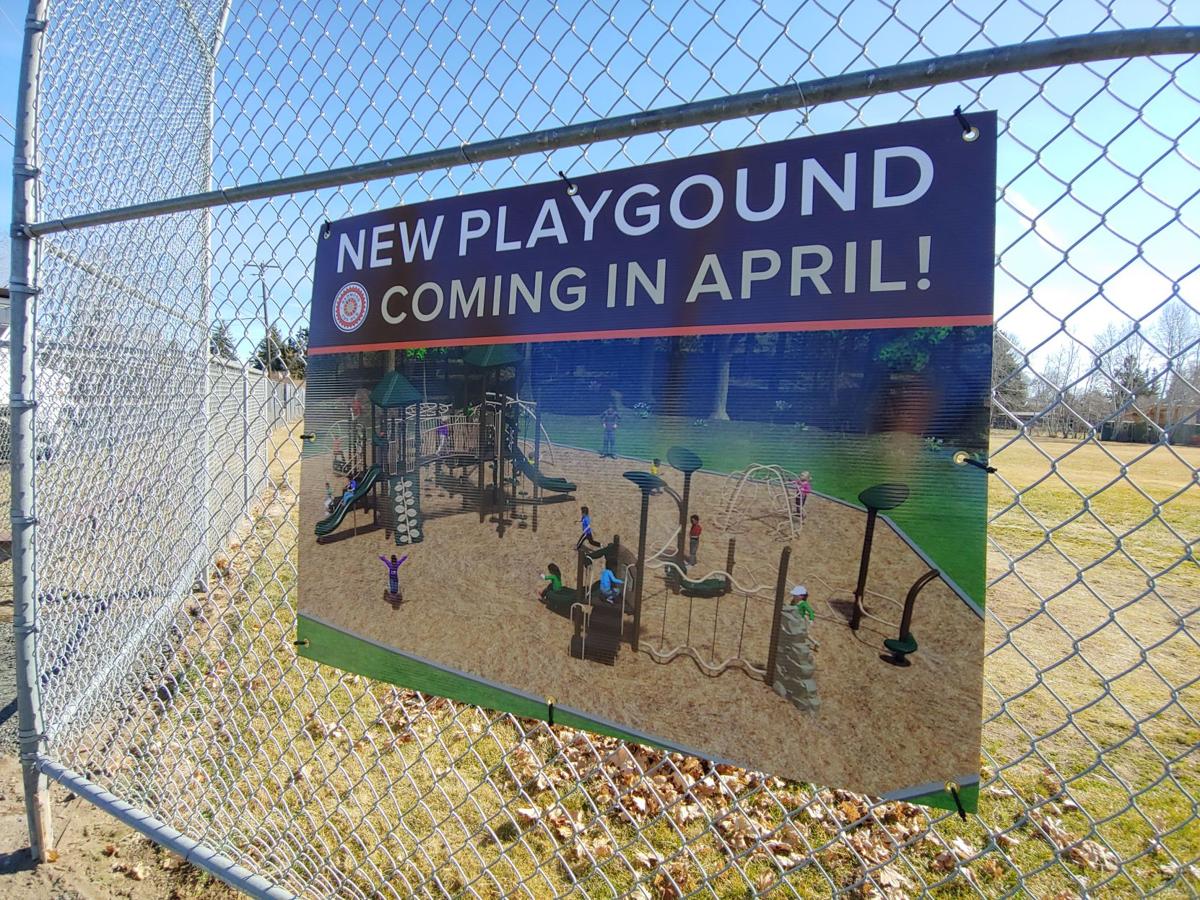 A rendering of Kalama Park's new playground hangs from the ballfield's backstop. Along with the playground, the park will get upgrades to the ballfield, permanent soccer goals and a cornhole area. 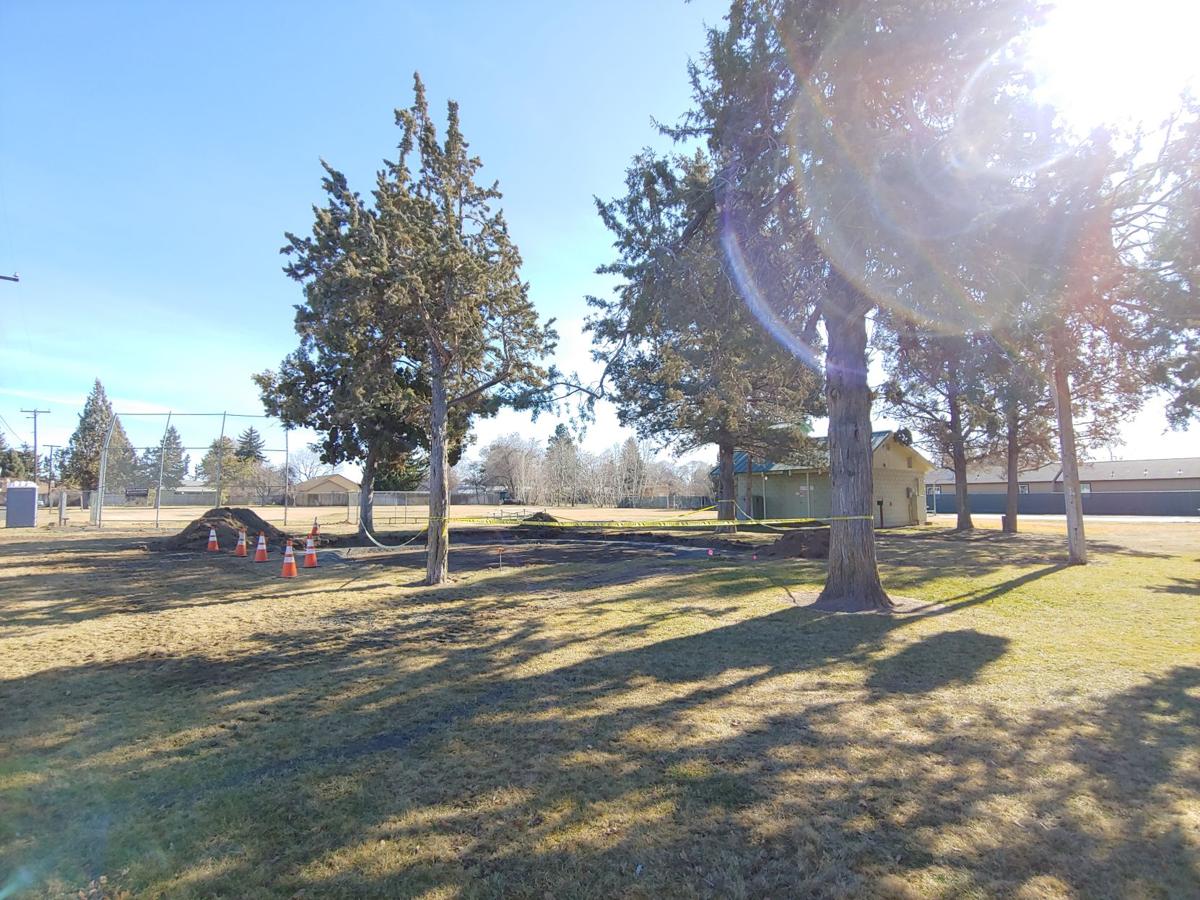 A smaller area being dug out at Kalama Park will feature new swings. 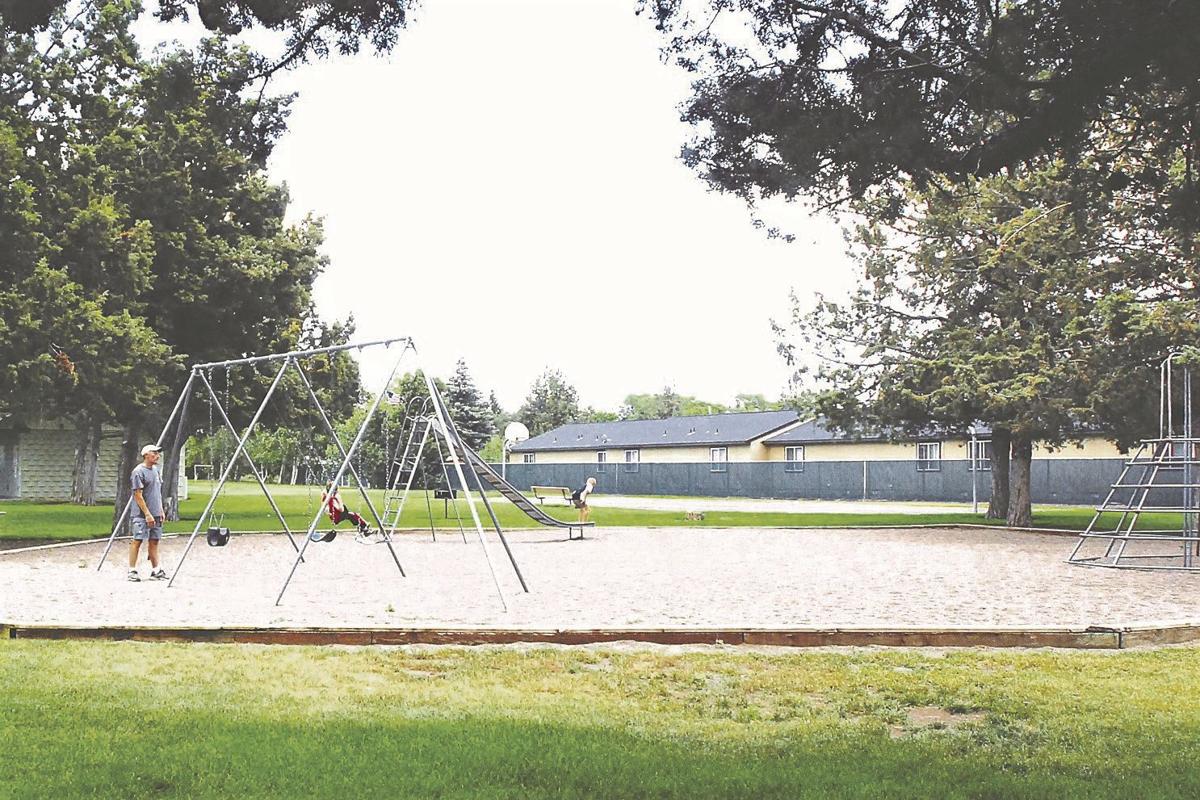 The former playground at Kalama Park as it looked in 2012. The park's slides were considered too tall and the metal equipment got too hot in the summer.

A rendering of Kalama Park's new playground hangs from the ballfield's backstop. Along with the playground, the park will get upgrades to the ballfield, permanent soccer goals and a cornhole area.

A smaller area being dug out at Kalama Park will feature new swings.

The former playground at Kalama Park as it looked in 2012. The park's slides were considered too tall and the metal equipment got too hot in the summer.

The city of Redmond is preparing to build another new playground.

Dirt work is being done at Kalama Park for a $100,000 project that will feature new swings, slides and climbing structures. It is the latest new play structure in Redmond, though it won’t be quite as elaborate as the highly-touted playground at Baker Park.

Kalama Park, at 1624 SW Kalama Ave., is less than a half mile from Baker Park. Annie McVay, Redmond’s parks division manager, said that the old playground at Kalama was similar to Baker’s former playground, with slides that were too tall for some kids and equipment that got too hot in the summer.

“It was kind of like Baker — very outdated equipment,” she said. “It’s probably from the ‘70s. It’s time to do an upgrade.”

The old equipment was removed and auctioned off, with Kalama’s slide selling for $221, McVay said.

“Everyone wanted the slide,” she said.

The new Kalama Park playground, which is being built by Portland-based Buell Recreation, is expected to be complete the first week of April, if weather cooperates, McVay said.

The playground is being built in two parts of the park, with the climbing structure and slides going closer to the intersection of SW Kalama Avenue and SW 17th Street. The slides are being built in a smaller area near the park’s baseball field.

Don’t expect to see some of the elaborate playground equipment that’s been installed at Baker Park, McVay said. The $600,000 Baker project, which was partly funded by the Portland Trail Blazers after Redmond won a statewide fan vote, features replicas of classic downtown Redmond buildings in the playground.

Kalama, a park many people don’t know about, won’t have quite the custom features, McVay said.

“It’s a really nice park, and it serves the neighborhood, but it doesn’t get quite the usage as some of our other parks,” she said. “So we kept it kind of modest in scope.”

That will be noticeable in the engineered wood fiber flooring at the Kalama playground, instead of the rubber base seen at some of Redmond’s newer facilities. But the new playground will do a better job of serving children of different ages and abilities than the old structure. McVay said the new playground will also be a nice change because parts of the old playground broke and were removed and never replaced.

Along with the playground, Kalama is getting several other upgrades, including the city’s first concrete cornhole game, complete with the Redmond logo. The basketball court will get an overlay; the softball field will see improvements, and movable soccer goals will be added.

Meanwhile, Baker Park remains fenced in, with the new completed playground and other features not yet open to the public. McVay said the city is waiting to put new sod in before opening it. She expects that to happen as soon as it starts to warm up.

“On the really muddy days, people were sinking in their shoes,” she said. “We decided to protect our investment and keep it closed.”

Though Kalama and Baker are relatively close, McVay said the outdated equipment made it necessary to replace the playgrounds located close together.

The city’s next big parks project is to work on a community park at the southern end of Dry Canyon at SW Quartz Avenue.

The city is conducting a survey to see what the public wants at the park, asking if residents want such amenities as a playground, soft surface trails and a spray park. Redmond looks to build the park in spring or summer 2021.