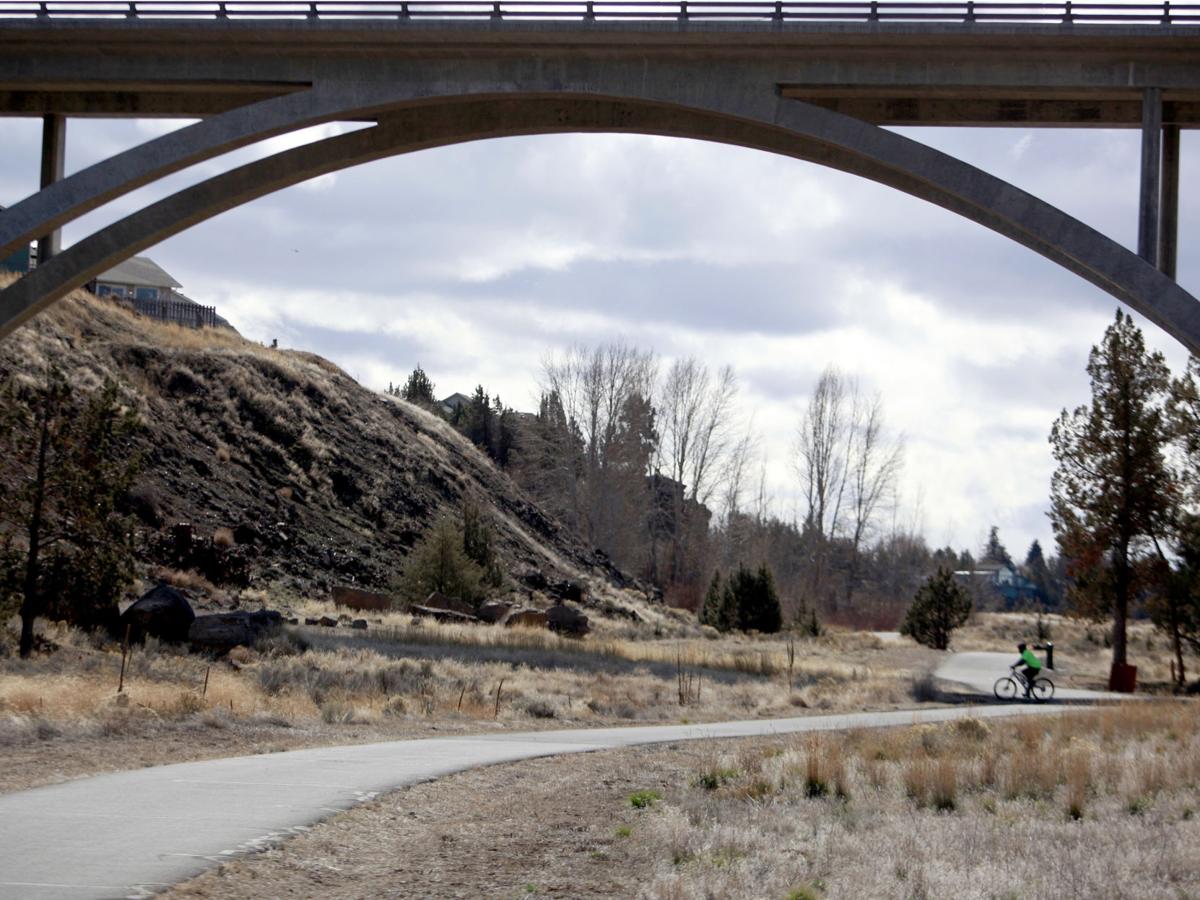 The Bulletin file photoA cyclist is seen crossing a section of paved pathway underneath the NW Maple Avenue bridge in Redmond's Dry Canyon in Redmond. The bridge is soon to be transformed into a climbing wall. 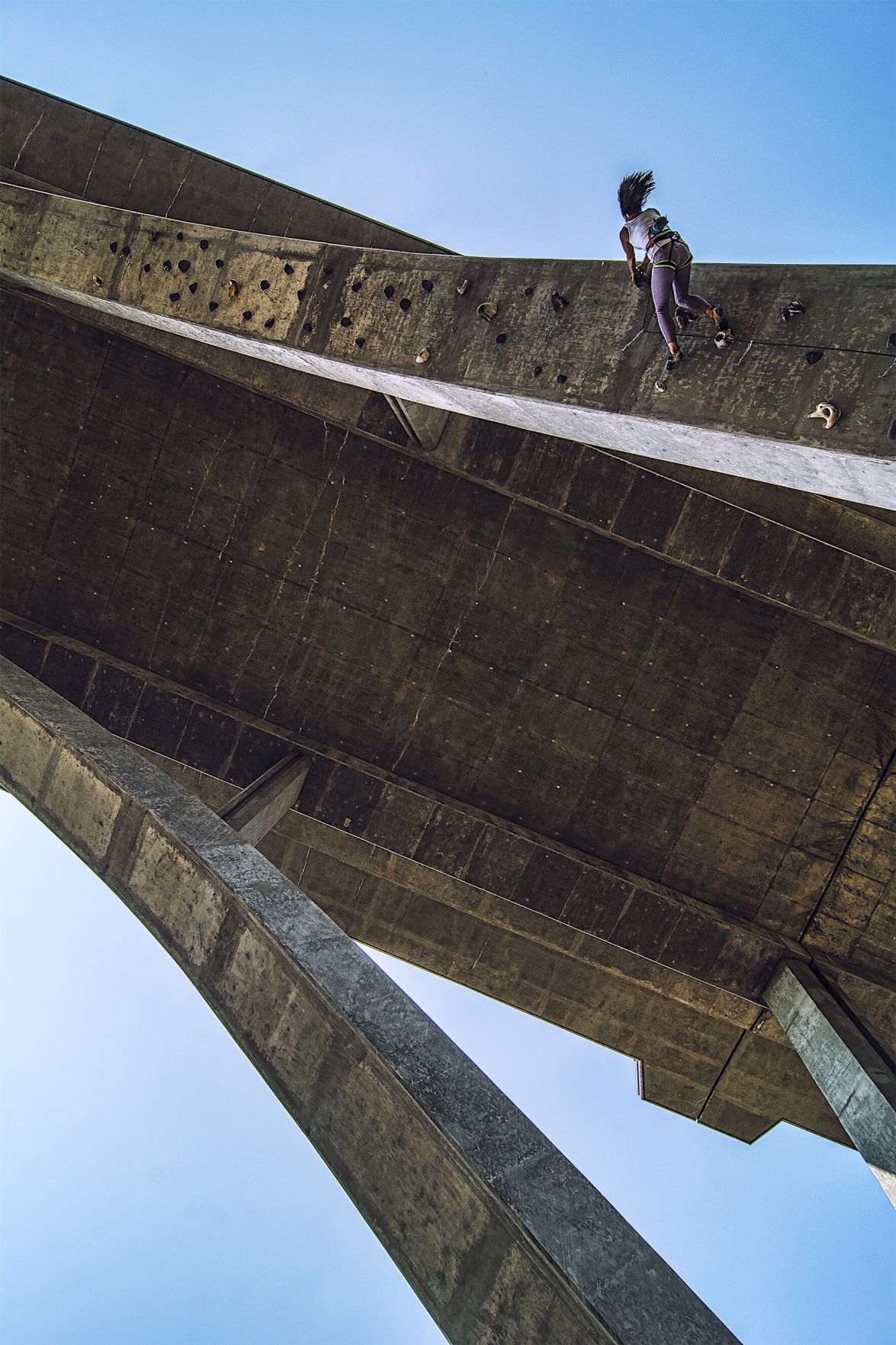 Allison Osantowske on her first ascent of the new Maple Bridge climbing wall project in Redmond. (Submitted by Julien Havac )

The Bulletin file photoA cyclist is seen crossing a section of paved pathway underneath the NW Maple Avenue bridge in Redmond's Dry Canyon in Redmond. The bridge is soon to be transformed into a climbing wall.

Allison Osantowske on her first ascent of the new Maple Bridge climbing wall project in Redmond. (Submitted by Julien Havac )

REDMOND — Central Oregon’s reputation as a sport climbing paradise is about to get even better.

Construction of the Maple Avenue Bridge Climbing Wall could start as soon as today, Redmond climber Ian Caldwell told the Redmond City Council on Tuesday. The climbing wall would use the Maple Avenue Bridge that runs across Dry Canyon Park on the north end of Redmond, giving Central Oregon climbers a unique overhang climbing experience usually only found in areas with natural land arches.

The brainchild of Caldwell, an elite-level climber who works as a grant and community program manager for Oregon Parks and Recreation, the Maple Avenue Bridge project will be entirely community funded, with no money coming from the city. Caldwell hopes to construct one demonstration route by this fall, eventually posting eight routes on the different arches of the bridge. The walls will be made up of hand- and footholds and hooks bolted into the concrete of the bridge for climbers to harness into.

“This is very much community driven and climber funded,” said Annie McVay, the city’s parks and administration manager. “It’s a true grass-roots project.”

Caldwell estimated the final costs for the climbing wall would be $15,000 to $20,000 because of donated labor and materials. Without the help of volunteers and discounts promised by climbing companies, Caldwell said the entire wall would cost between $100,000 and $200,000.

“This kind of bridge is unique in that it’s over a park,” said Caldwell, who added that the wall would be one of the few overhang routes on a man-made structure in the country. “There’s other bridges like this, but they’re over railroad tracks or 600-foot gorges.”

While the Redmond area is already a draw for climbers because of Smith Rock, Caldwell expects the Maple Avenue Bridge walls to be a boon for locals and tourists.

“This will benefit a guy like me that can train on this,” said Caldwell, “but we’re also hoping to bring people into the city to spend money at our restaurants and microbreweries.”

City engineer Mike Caccavano alleviated any concerns that the climbing wall could possibly weaken the bridge, having consulted with the bridge builder in advance, who said drilling climbing holes in the concrete wouldn’t affect the integrity of the structure.

In other aviation news, Advanced Flight Dynamics was approved to provide flight training at the airport. Different from standard flight instruction, Advanced Flight Dynamics trains pilots in Upset Prevention and Recovery Training — what pilots should do if they lose control of the plane in flight. In most cases, such clients are already established pilots looking for more advance training, airport Director Jeff Tripp said.