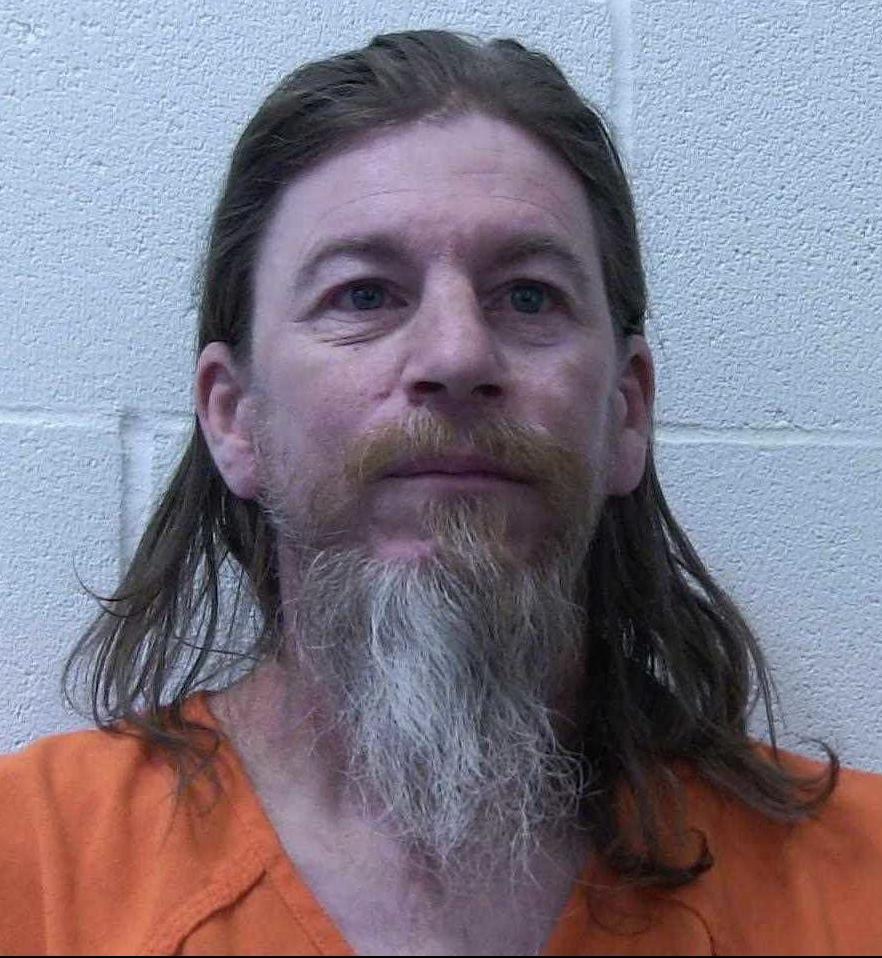 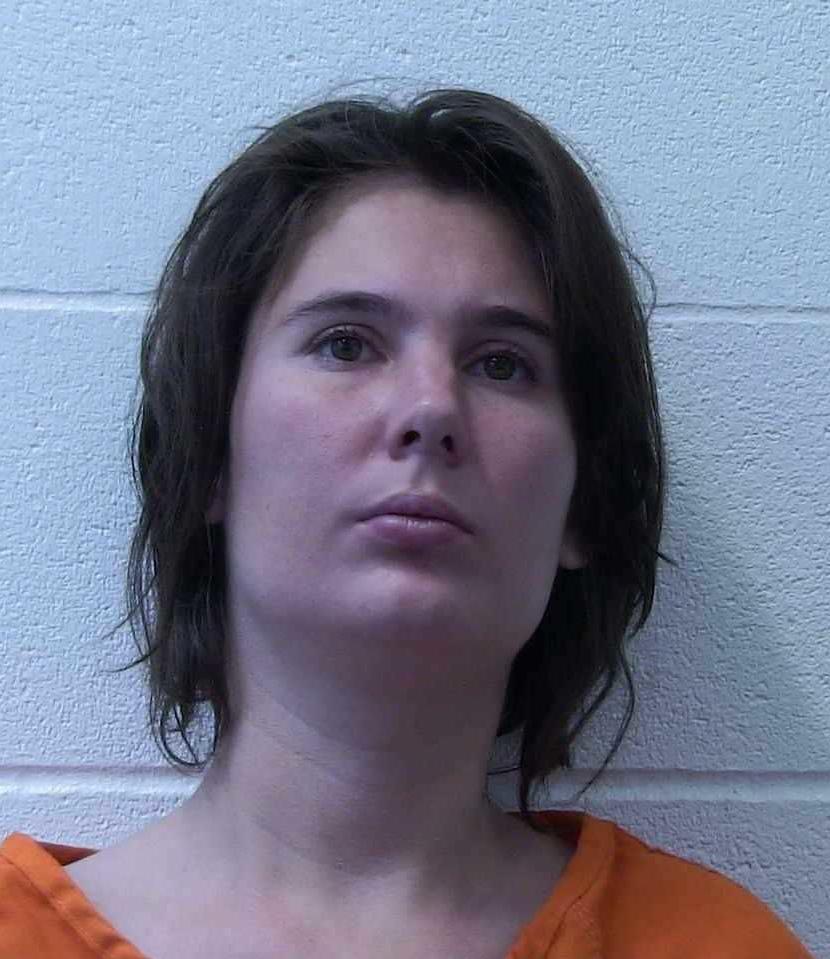 Even in a home that reeked of feces and rotting food, the room at the top of the narrow staircase went beyond anything police expected.

“I could see that feces had been smeared on all the walls of the room in what appeared to be small hand prints,” he would write in his police report on Oct. 20, 2019. “The smell was so powerful, it burned my nostrils and caused me to wince in disgust.”

The scene at the Prineville home of Terry Earl Nicholson, 47, and Felicia Davin Nicholson, 27, would lead to accusations of child abuse and neglect and, on Thursday, guilty pleas in Crook County Circuit Court.

Police arrested the Nicholsons that night. Their children, a 3-year-old daughter and a 2-year-old son, were removed by the Oregon Department of Human Services and are currently living in an out-of-home placement.

At the time of the arrest, the children were described by officers, nurses and child welfare officials as “malodorous,” non-verbal, hungry and “eager" for help.

Three Prineville Police officers wrote reports that paint a nightmarish picture. Those reports were released Thursday upon conclusion of the Nicholsons’ criminal case. They have an open DHS custody case.

At around 7:15 p.m., Oct. 20, police were called to 850 NW 10th St. — the Elizabeth Townhomes — to a report of a physical fight in apartment No. 6. They arrived to find Felicia Nicholson outside, a red mark above her eye and a laceration on her knuckles. She smelled strongly of alcohol and slurred her words.

Adkins described his initial impressions upon entering the house.

“The downstairs was terribly filthy with large amounts of food ground into the carpet, old leftover food and chips on plates scattered throughout the downstairs,” Adkins wrote. “There was an odor of rotting food, and an overall moldy musk that filled the air throughout the house. The kitchen was riddled with dirty dishes and food was scattered on the stove, countertops, floors and walls. It did not appear as though the house had been ransacked, but more like neglectful people people living in filth and never cleaning after themselves. The living room was cluttered with various clothing, toys, and other items. Everything appeared to be dirty and unclean.”

Felicia Nicholson called out loudly for her husband to come downstairs.

Terry Nicholson had blood around his mouth, and his breath and body emitted an “overwhelming” odor of alcohol, police wrote.

Before he was placed in handcuffs, he tried to talk his way out of trouble, telling officer Dallas Wilson, “Can I tell you something straight up, we are going to go to bed and cut it out right now.”

Wilson replied: “I think we are past that point in the situation.”

Officers walked up the home’s narrow staircase with their guns drawn. The air changed, from “rotting” to “toxic.”

“I noticed the foul smell turned from a moldy musk to a strong feces smell,” Adkins wrote.

Against one wall of the second-floor landing was a pile of dirty diapers. Against another, a pile of clothes and pillows covered in dried human feces.

The master bedroom and another bedroom were “extremely” cluttered. The bathroom was “disgusting,” with urine and feces built up in the toilet and flies and gnats swarming.

Near the baby gate was a door kept closed by a bungee cord, as if to keep someone inside from opening it.

“When I opened the door, I saw two small naked children,” Adkins wrote. “I holstered my duty weapon and tried to greet the children in a friendly manner.”

There was feces on “just about every item in the room.”

It appeared to police as though there were layers of it on the walls, as if it had been applied numerous times.

At first, the children didn’t speak. When asked their names, they stared at the officers with blank expressions. Suddenly, the girl ran to Adkins and hugged him, and her brother followed suit.

They were skinny, and the skin under their eyes had a purple hue, Adkins wrote in his report. The boy’s ribcage was plainly visible. At one point as police searched the house, the children ran into the master bedroom and grabbed food lying out that was covered in flies and gnats. Because the food was spoiled, the officers didn’t let the children eat it.

The children were dressed in hospital gowns, wrapped in blankets and carried outside to an ambulance. They were taken to St. Charles Prineville, where they hurriedly drank cups of water and apple juice and ate several packets of graham crackers.

Dr. Mark Curry evaluated the children at the hospital. He said that while there was evidence of poor hygiene, there was not evidence of trauma.

Police interviewed the Nicholsons’ neighbors. One said the couple had lived at the location for about six to seven months. Neighbors said they usually saw the kids through windows and they were usually naked. Several saw the children hanging out of the second-floor window. One said she’d called police and DHS on the Nicholsons “multiple” times.

After they were arrested, the Nicholsons were interviewed separately at the jail.They told police that a DHS caseworker had visited the home days earlier but had not gone upstairs. They said “everything was fine” that day, and DHS closed its case on them.

Felicia Nicholson said she and her husband were unemployed and drank every day.

She said her kids are “smart” and had learned to open doors, so they were kept locked in their room when they were supposed to be asleep. And the couple didn’t keep many items in the children’s room because they “destroy everything.”

Felicia Nicholson wasn’t sure what the children had eaten that day.

Investigators confronted her about the rotten food and overall filth. She “did not have any excuses,” Adkins wrote.

During his interview, Terry Nicholson asked his interrogators for help writing a letter to his children, because he can’t read, he told them.

He dictated a letter to Detective Kathryn Bottoms, who read the letter back to him for him to sign.

“I’m sorry. I shouldn’t have put you guys in that position. Daddy’s gonna change and mommy is too. Gonna keep your rooms clean and the house cleaner. I love you so much.”

Terry Nicholson signed the letter with a heart containing his childrens’ names.

On Thursday, the Nicholsons pleaded guilty to two counts of first-degree criminal mistreatment — one for each child. In exchange, they agreed to serve 37 days in jail and 36 months of supervised probation. They will be subject to mental health and alcohol evaluations, and attend parenting classes through the DHS.

Felicia Nicholson had no prior criminal history, and Terry Nicholson had a single conviction on his record at the time of sentencing.

Terry Nicholson gave a tearful statement at the hearing.

Beyond disgusting. They deserve life in jail at the very least.

you are so right .