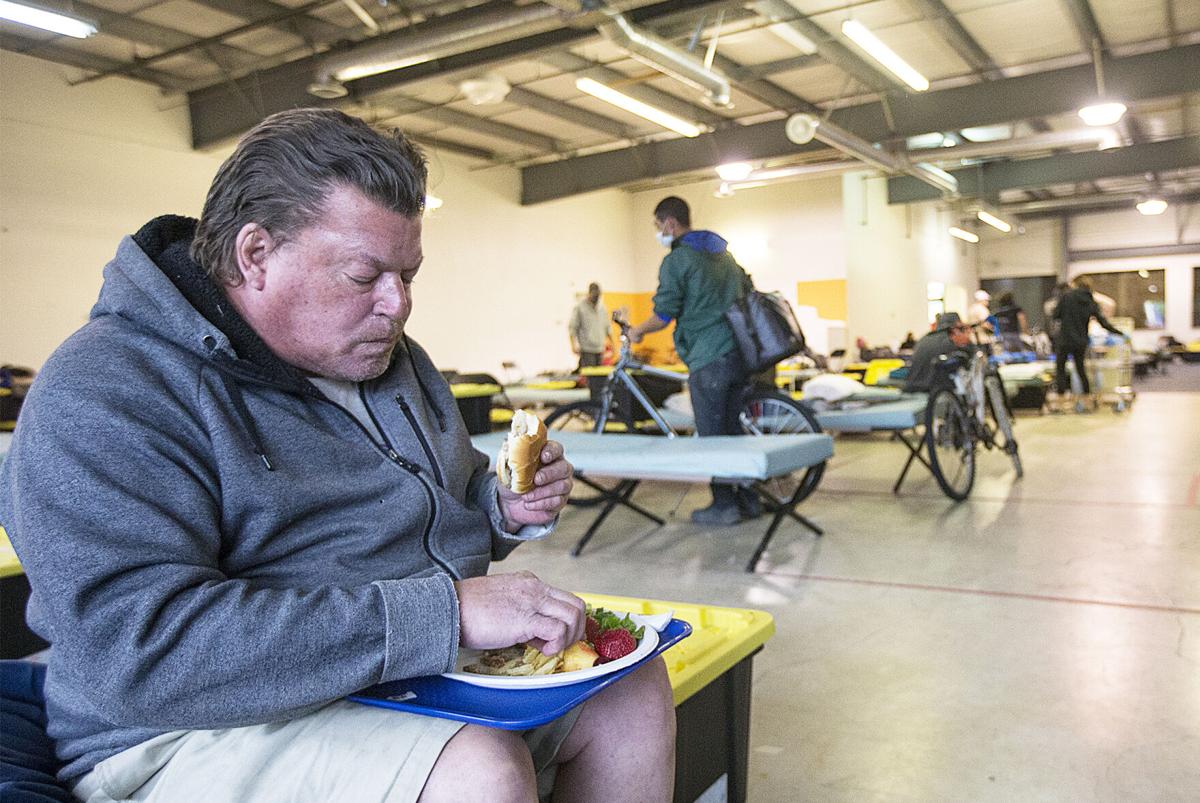 Ron La Rue sits on his cot and eats a meal shortly after checking into the homeless shelter, located at 275 NE Second St. in Bend, on Wednesday, June 9, 2021. La Rue said he has been living in his car in Bend for several weeks and often uses the shelter to get out of the cold and have a hot meal. 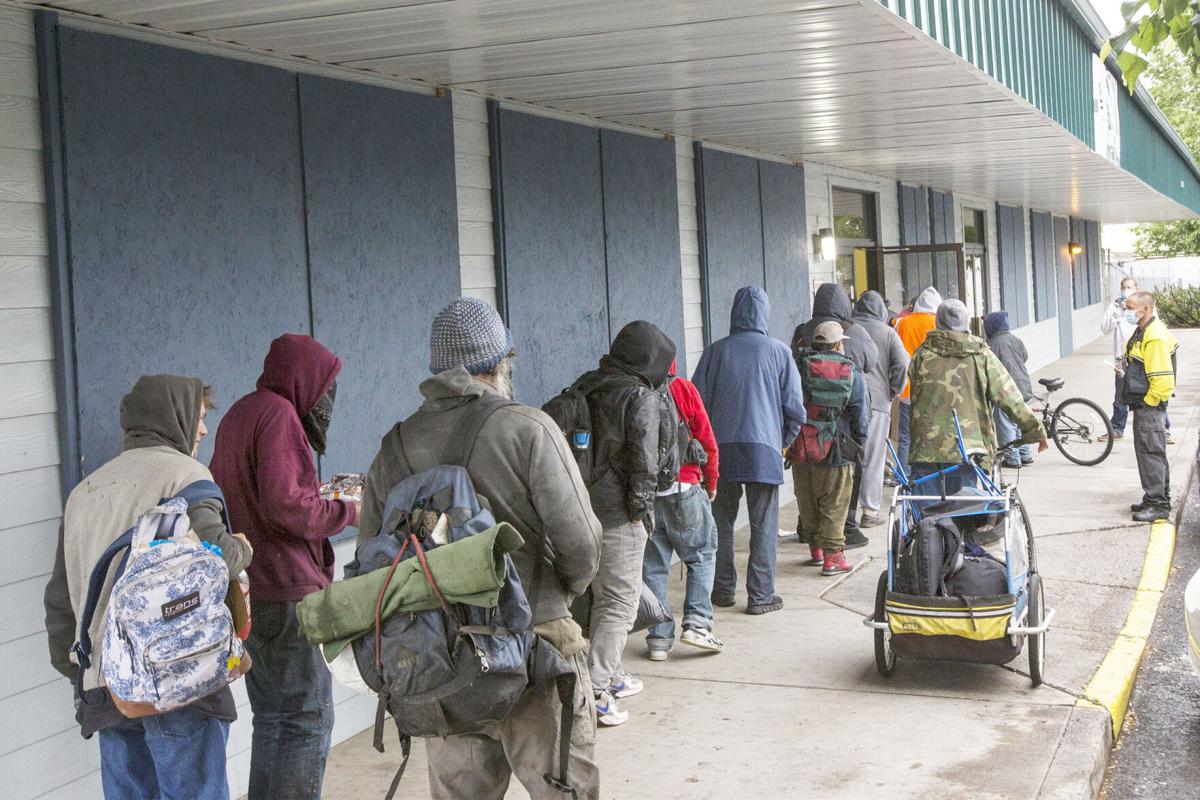 Ron La Rue sits on his cot and eats a meal shortly after checking into the homeless shelter, located at 275 NE Second St. in Bend, on Wednesday, June 9, 2021. La Rue said he has been living in his car in Bend for several weeks and often uses the shelter to get out of the cold and have a hot meal.

The homeless population in Central Oregon increased another 13%, according to preliminary data from the region’s Point-in-Time count, which includes a significant increase in the number of homeless youth in the region.

The data comes at a time when the issue of homelessness is at the forefront of local politics, as public bodies like the Bend City Council are trying to handle a growing homeless population.

The annual count is a snapshot in time that shows how many people in Central Oregon were homeless on a single night in January. This year, 1,098 homeless people were counted compared with 969 last year, according to Colleen Thomas, Deschutes County’s homeless services coordinator. A similar increase of 12% was seen between 2019 and 2020.

“Even though it was a pandemic year, and we had limited folks providing outreach outside of our normal routines, we still saw an increase,” Thomas said.

But within that population, the count also showed an increase in the number of unaccompanied homeless youth in the region from 48 last year to 169 this year — a 252% jump.

Thomas said it is hard to pinpoint any one reason why numbers are going up. But in general, a steadily growing homeless population reflects a community without enough housing, untenable rental prices for the working class and not enough resources to support everyone, she said.

“Without those options, without the continuum of services and resources we’re going to continue to see more visible homelessness in our region,” Thomas said.

Thomas said the large spike in the number of unaccompanied homeless youth — which means kids who are homeless and are not in the care of their parents — could be in part due to the pandemic, as well as a change in the way homeless people were counted this year.

Because of the pandemic, the county was advised to not send lots of volunteers into camps to do counts and ask people survey questions, and instead get data from service providers, who work with the population more regularly and can provide a more accurate picture of how many people are in this situation than a random count.

Homeless service providers and nonprofits were given a week instead of a single day to ask people whether they were homeless the night of Jan. 20.

The fact that schools were virtual could also be a contributing factor, said Eliza Wilson, the program manager of the homeless organization Grandma’s House of Central Oregon, which operates under J Bar J Youth Services.

Because schools were closed, more kids have been reaching out to organizations like hers for services, making them more visible for something like a Point-in-Time count, Wilson said.

Wilson said she was not surprised to see the high number of homeless youth counted this year.

In the 12 years Wilson has worked in Central Oregon, she has seen the population grow.

“People always think it’s kids out of the area. It’s not,” Wilson said. “These kids are from Central Oregon.”

A full Point-in-Time count report, which will get into the specifics of the data more thoroughly, will be complete next week, Thomas said.

It's not surprising that Bend would have a significant population of homeless youth from Central Oregon. Bend is the closest city to large areas with conservative Christian "values" that demonize and reject LGBTQ youth. According to the Trevor Project these young people may represent 40% of all homeless youth in the United States. AsTrump Republicans ramp up attacks on LGBTQ children we are likely to see even more LGBTQ youth flee their rural homes for liberal cities like Bend.

Bend’s doing a great job welcoming squatters. Let’s keep up the good work—maybe we can get to 2,000 by next year.

Absolutely agree with Ms. Thomas. "Addressing this issue means creating more housing options, ranging from managed homeless camps to multifamily homes, Thomas said." I believe we need to stop these cruel sweeps and evictions and--instead--direct resources toward finding managed locations where people can be safe and receive the services they need.

How about opening your front lawn!

If the city would give out more money with a little more work they can easily get to 20%.