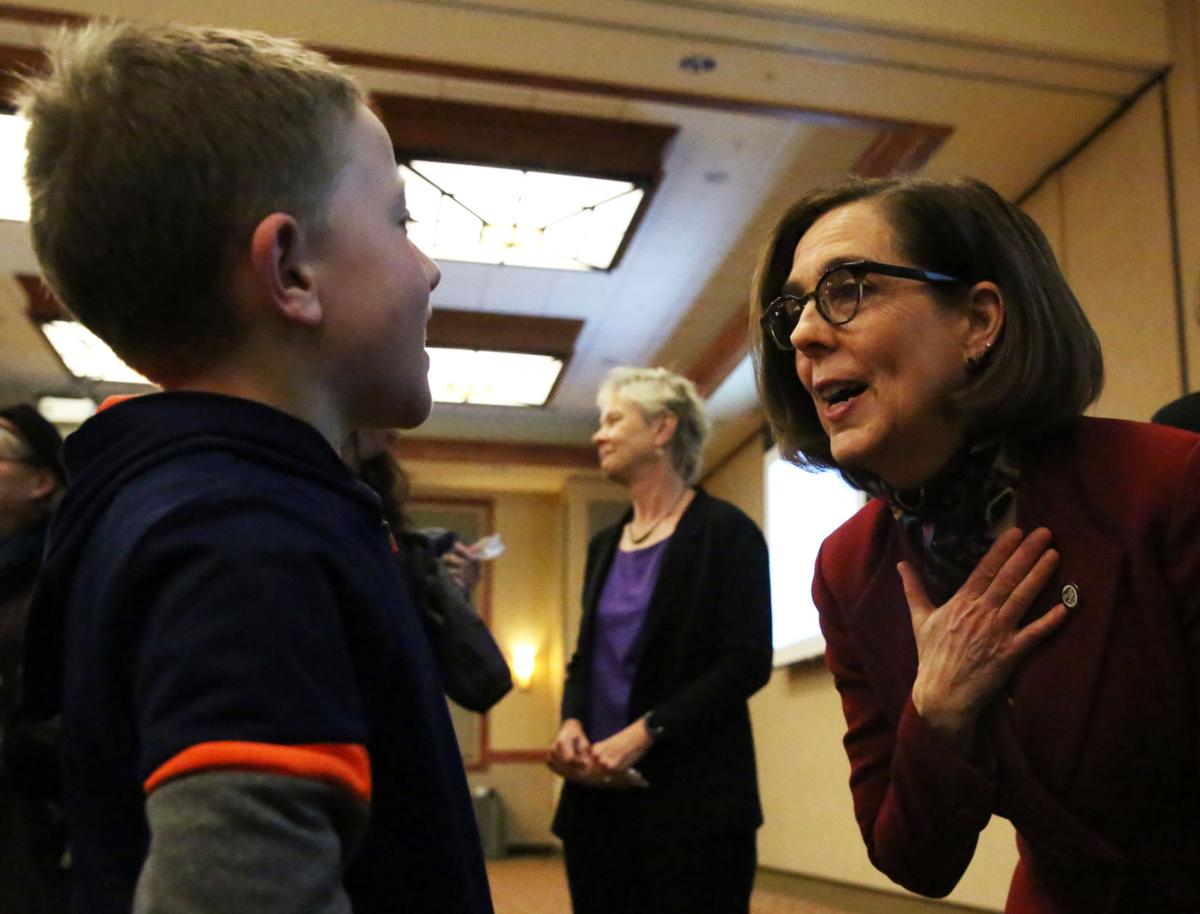 Crafting climate change policy in the wake of a landmark bill that failed last year is a top priority during the upcoming short legislative session for Oregon Gov. Kate Brown, she told a forum in Bend on Thursday.

“We must do something meaningful and soon about climate change,” Brown told the audience. “This is the issue of our time.”

The forum, hosted by the City Club of Central Oregon and held in the Riverhouse on the Deschutes convention center, was full of City Club members, elected officials and business leaders.

Since the climate change legislation collapsed last year, Brown met with people on all sides of the debate to refine future policies, she said.

“I am committed to crafting climate policy that protects our environment and also grows our economy,” Brown said. “In Oregon, I know we can do both.”

The proposed plan to cap carbon emissions would start in Portland, and other large populated cities, before affecting rural areas. It would be rolled out similarly to how minimum wage is increased across the state, Brown said.

“Under this plan, or a similar version, the majority of truly rural communities will be exempted from price increases at the pump,” Brown said.

Kellen Sears, 10, a fifth-grader at Juniper Elementary School in Bend, asked Brown how she plans to accomplish so many things in such a short legislative session. The 2020 session begins Feb. 3 and will last 35 days.

Brown was later asked about how she might be able to avoid another situation like last legislative session, when 11 Oregon Republicans walked out of the Senate for nine days in June, with some of them leaving the state, to boycott the climate bill.

Brown wouldn’t comment on how to avoid another walkout, but she expressed her hope that both Democrats and Republicans put aside their politics to work on issues like climate change.

“It’s not worth shutting down the state government,” Brown said. “I think this is work we can do together.”

Brown told the audience she believes it is critical for lawmakers and residents to work together to ensure a thriving future in the state.

“We must take the time to invest in the future of our state,” Brown said, “because it matters not only to our lives but to the lives of our children and our grandchildren.”

If Brown thinks we can stop the billions of years of climate change by passing a law, well good luck to that.

It's not about all "price increases at the pump" - increases will be everywhere. It's about reducing COx emissions. That can be accomplished without huge new bureaucracy and huge new revenue stream to government. Regulation of emissions worked before and it can work again.

Brown is full of typical liberal bs. Brown and her liberals do not want voters to vote on climate change. Instead they want to force their liberal pile of garbage on Oregonians. The only thing that might stop her is Republicans again walking out.

Ridiculous. Oregon has plenty of issues, it’s top priority should not be climate change.