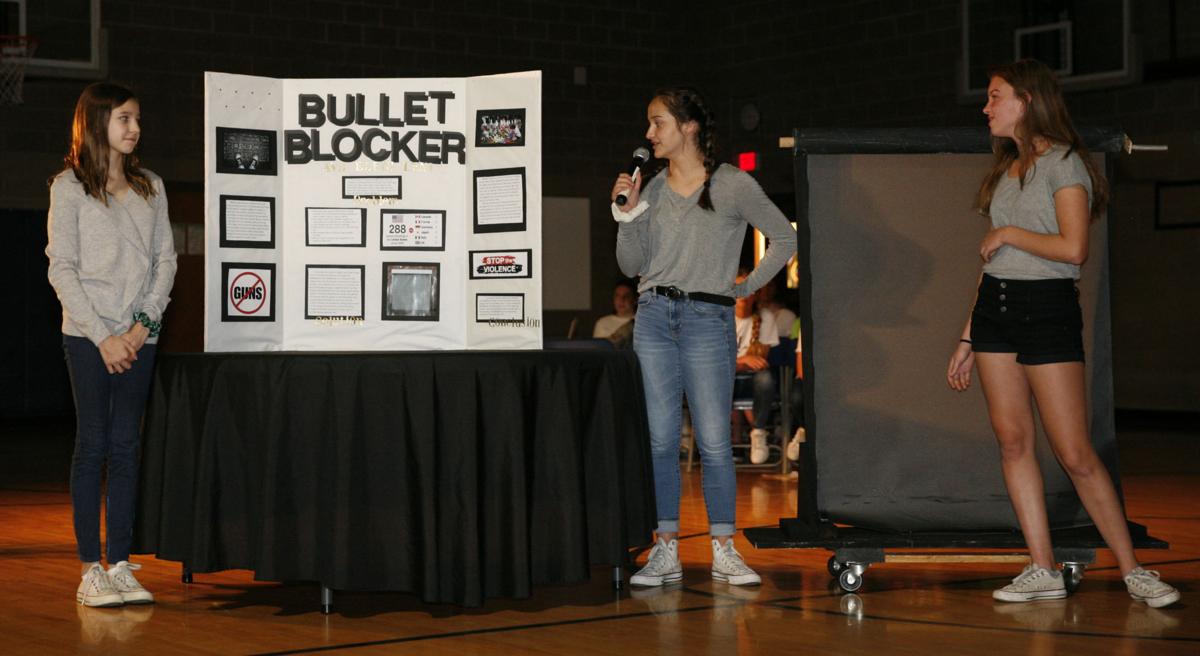 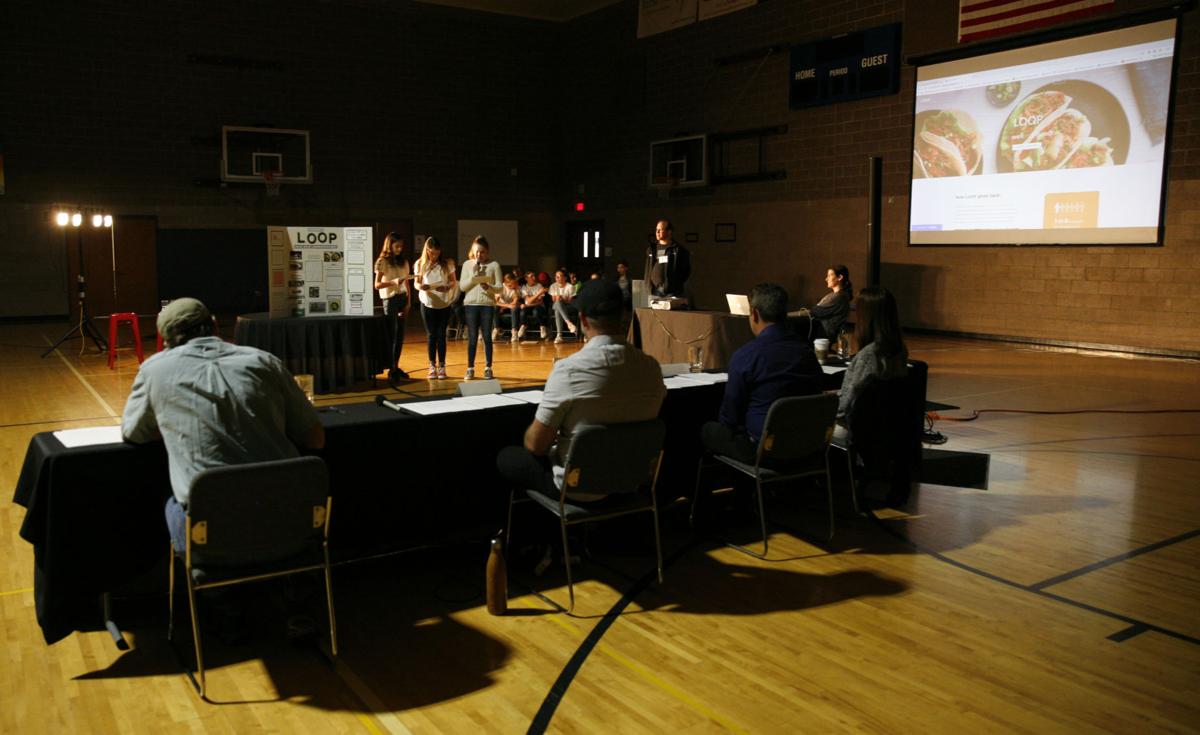 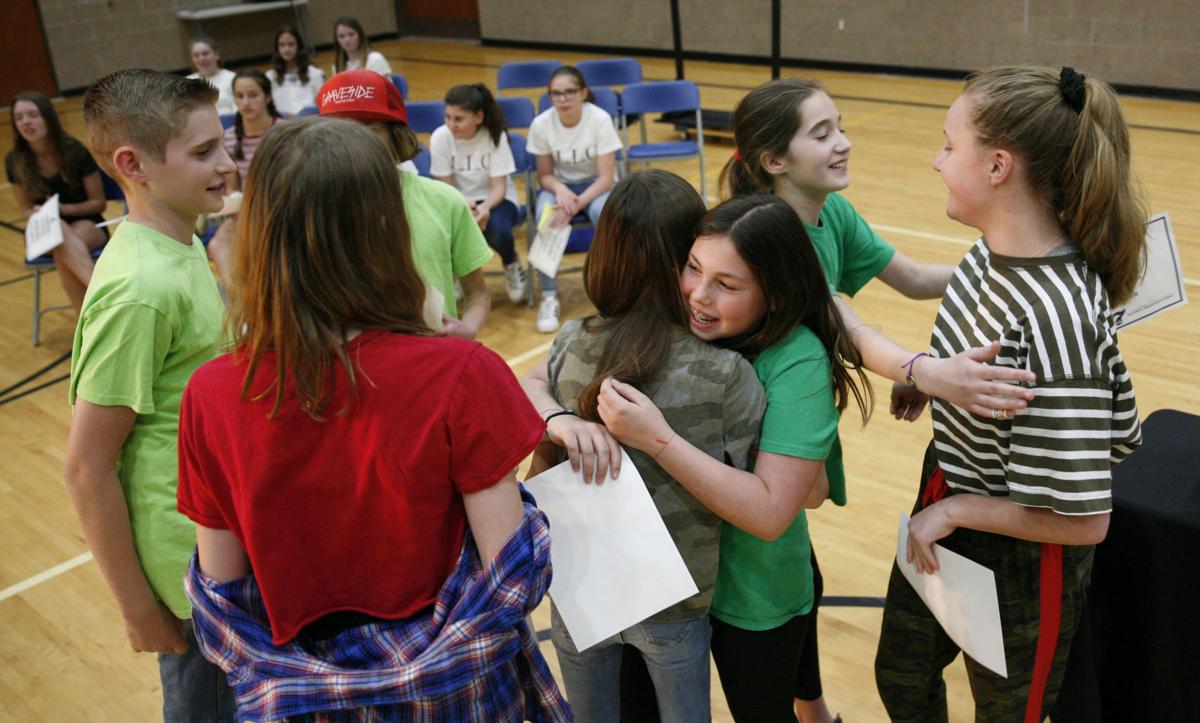 A group of Seven Peaks School middle school students had an opportunity this week to do something that many adults would love: Pitch inventions to a panel of local business leaders and inventors.

Wednesday morning, six teams of students designed a product intended to meet a local or global need in a competition modeled after the hit ABC show “Shark Tank.” As in the TV series, the students displayed these inventions to a group of judges and asked for a hypothetical investment.

All four “sharks” said they were impressed with the ideas, which ranged from biodegradable water bottles and pens to candy that cleans teeth with fluoride.

“I think it’s an awesome opportunity for (the students) to really think innovatively and bring some ideas and concepts to life,” said judge Anne Mastalir, a former executive search consultant for San Fransisco tech companies who owns a Bend interior design company.

According to Seven Peaks teacher Hope Macauley, who oversees the school’s middle school program, the fifth annual “Shark Tank” event was the culmination of the school’s “Celebration of Innovation” week in mid-March, where students in sixth through eighth grades at the K-8 private school form teams to create products. The school encourages students to come up with inventions that help serve a purpose in the community.

“We really want it to be need-based, not just ‘I want this,’ or, ‘I think this would be cool,’” Macauley said.

After that week, teams can choose to submit their product into consideration for the Shark Tank judges — Macauley said about half of groups choose this — and Seven Peaks staff selects the six best products to move onto a school assembly with the “sharks” present.

“We developed Shark Tank to take it to that next level,” Macauley said. “The extension is for teams that were really passionate about this idea, (and) we didn’t want it to end there.”

The four judges — Mastalir, mortgage banker Brian Liebman, Cuppa Yo owner Matt Gilstrap and U.S. Fish and Wildlife Department pilot and biologist Walt Rhodes — watched as the teams of students displayed a prototype of their product and explained its purpose and cost. The judges then asked clarifying questions of the students, such as the quality of certain materials used or why certain objects were so expensive, and the kids typically were prepared with an answer.

Two of the products — Camo Water and The Green Pen — were biodegradable versions of water bottles and pens, respectively. Rhodes in particular was wowed by the students’ creative, eco-friendly solutions.

“As a wildlife biologist, it’s very interesting to see how some of the kids tackle some of the environmental issues that we’re all facing,” he said.

“Whenever we eat a bunch of candy, all our parents scold us,” said sixth grader Alicia Watson, one of four students who developed Candy Clean. “We were wondering, is there a candy that could be good for your teeth, but also tastes like normal candy?”

Two groups created websites: One was Loop, which would deliver healthy, fresh school lunches to students in a similar fashion to Postmates or Uber Eats. Another was Live, Love, Community, a site that could connect young kids to age-appropriate community service activities in their cities.

“We were thinking about how we could help our community … and we realized that it’s hard for us to find community service projects,” sixth grader Annika Burke said.

Gilstrap said he was particularly impressed with these groups’ web designs, calling them “really cool.”

The final group developed Bullet Blocker, a metal sheet that would cover classroom windows and doors to protect students and teachers from bullets in a school shooting.

Although Macauley said many of these products never fully come to fruition, she emphasized that instilling the students with an entrepreneurial and inventive mindset was “incredibly valuable.” The four volunteer judges agreed, and Liebman gave advice to the five teams that didn’t finish in first place.

“No team goes from A to B without a hurdle,” he said. “You’ve got to bang your head several times before you get to that finished product.”