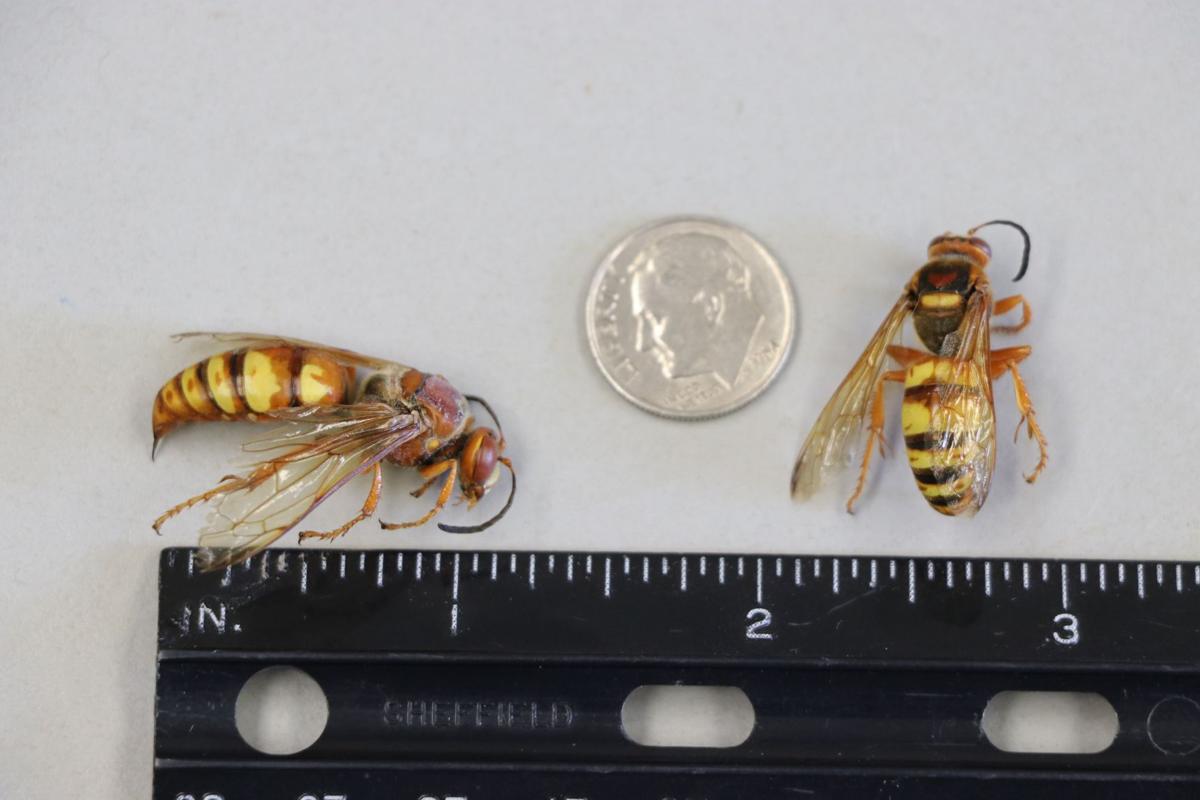 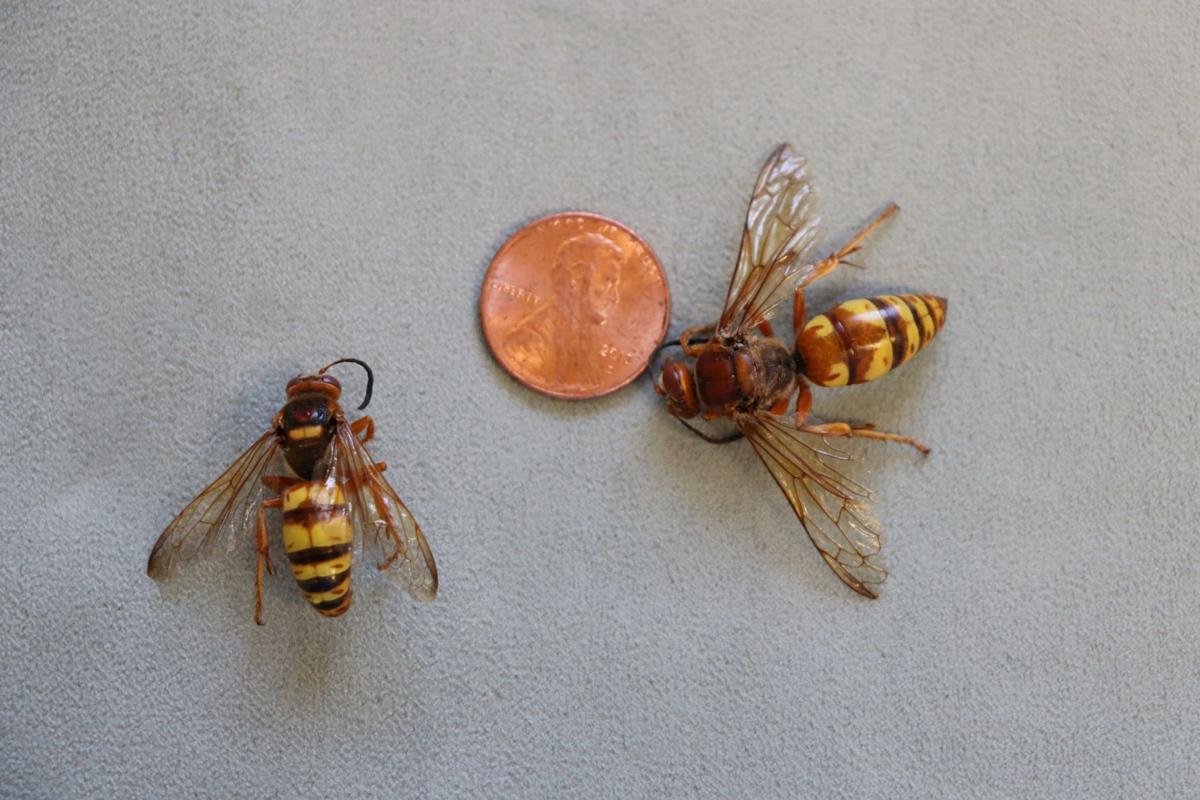 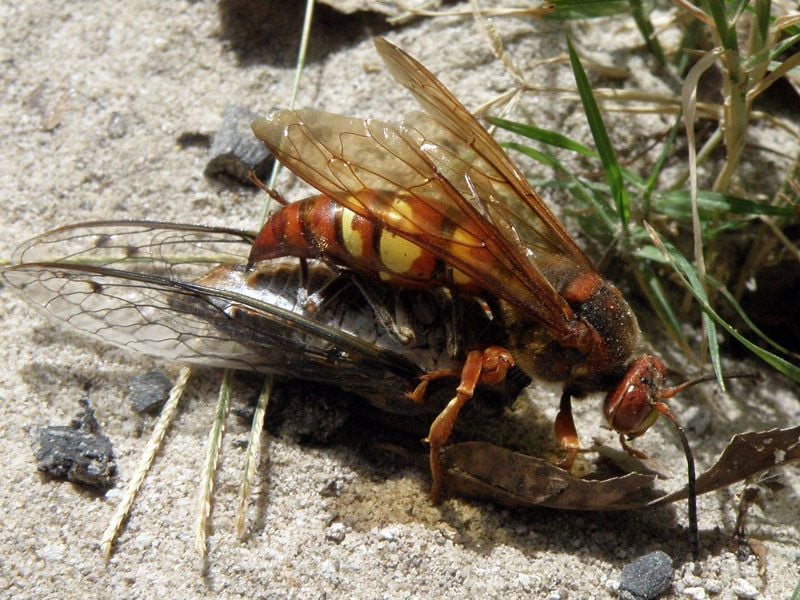 A Western cicada killer drags a cicada to its burrow in Ruby, Arizona.(David Bygott/Submitted photo)

A Western cicada killer drags a cicada to its burrow in Ruby, Arizona.(David Bygott/Submitted photo)

Pandora moths are not the only large insects alarming Central Oregon residents this summer.

An outbreak of cicadas has led to a rise in Western cicada killers — wasps with 2-inch-long bodies that take down the large insects midair and feed them to their young.

The wasps earn their name for targeting cicadas, the winged insects that make the buzzing and clicking sounds heard during the summer. Female wasps paralyze cicadas with their venom and carry them back to underground burrows where they bury the cicadas alive next to their eggs, which become hungry larvae.

Tracy Wilson, agricultural literacy coordinator for the Oregon State University Agricultural Research and Extension Center in Madras, said it can be scary to encounter the wasps, especially when they are loudly attacking cicadas overhead, but they are not aggressive toward people.

“They are not after humans,” Wilson said. “They are after cicadas.”

In recent weeks, the extension center in Madras and the Oregon State University Extension Service in Redmond have received numerous calls from residents who are concerned about the wasps. People are either perplexed about the wasps or confuse them for hornets, which are more aggressive to people, Wilson said.

“Most of the people that come in are really freaked out,” Wilson said. “The wasps are pretty sizable and intimidating.”

The life cycle of Western cicada killers mirror the life cycle of cicadas. The last outbreak of the wasps and cicadas in Central Oregon was in 2013, according to the extension center in Madras.

“If you see cicadas, there’s a good chance you have those wasps nearby,” she said.

This summer, the wasps are mainly being spotted in ­Culver, Metolius, Crooked River Ranch and areas north of Madras. The wasps are drawn to trees and sandy soil, which is much of the Central Oregon landscape, Wilson said.

The wasps hatch in June and July and live for about two to six weeks, when they lay eggs underground and kill cicadas. The eggs survive over winter underground and eventually emerge as wasps in the summer.

Female wasps will place up to three paralyzed cicadas with each egg, so the young will have enough food to survive the winter.

Because the wasps dig into the ground to lay their eggs, they can cause some damage to flower beds and landscaping, Wilson said. But beyond that, the wasps are harmless to people. They only sting if they are stepped on or approached by people.

“As long as you don’t bother them,” Wilson said, “they won’t bother you.”