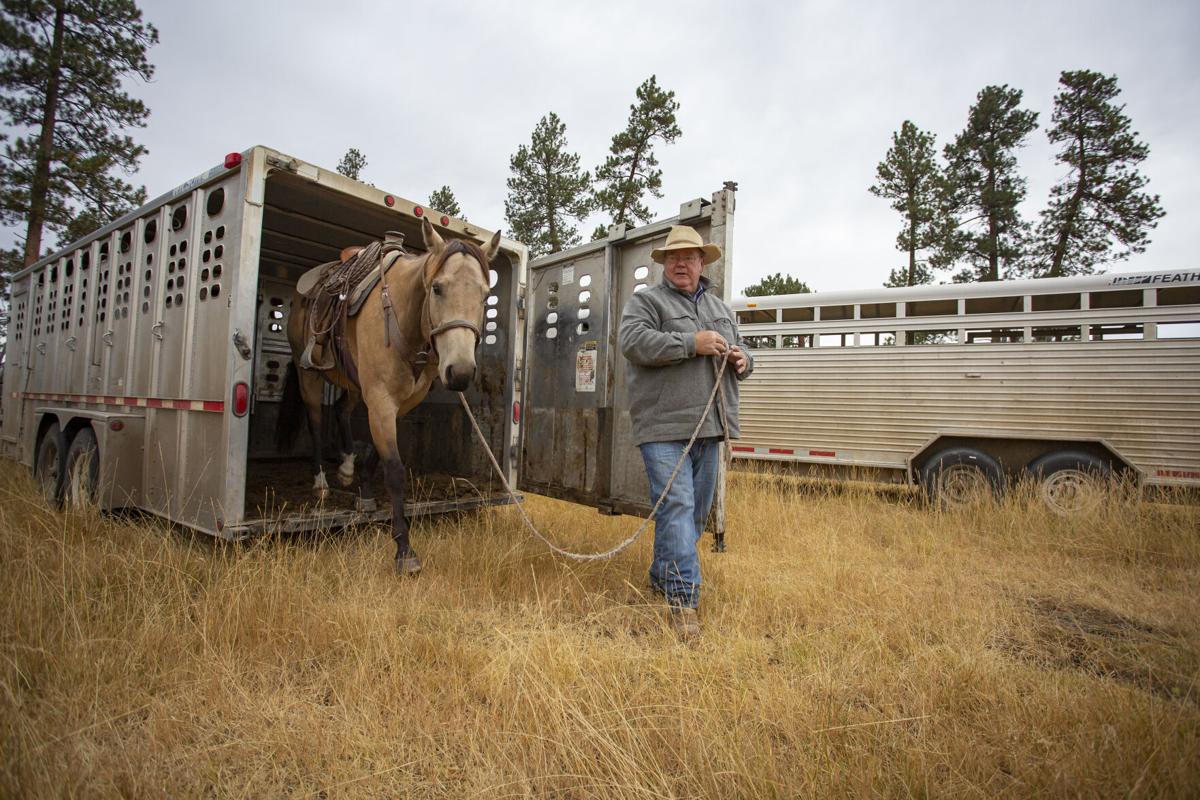 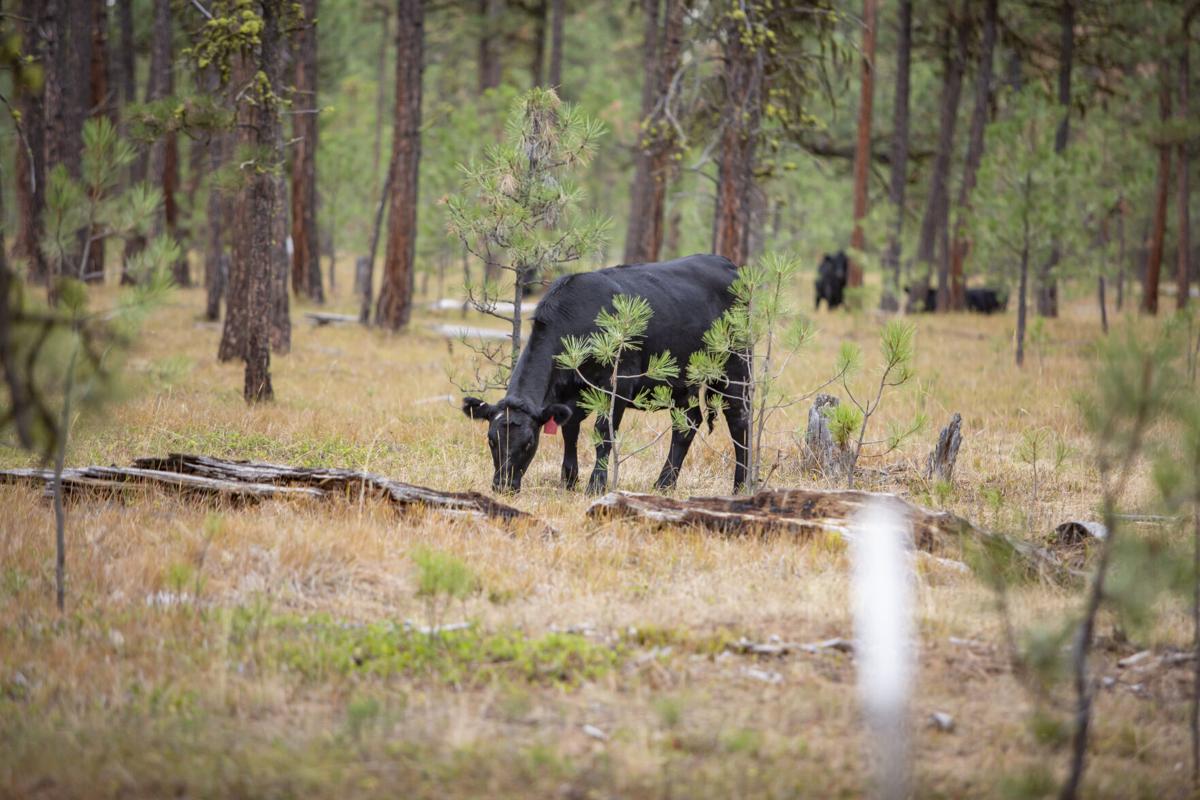 Cattle graze on the forested land along Dixie Ranch Road outside Ukiah on Friday, Sept. 18, 2020. 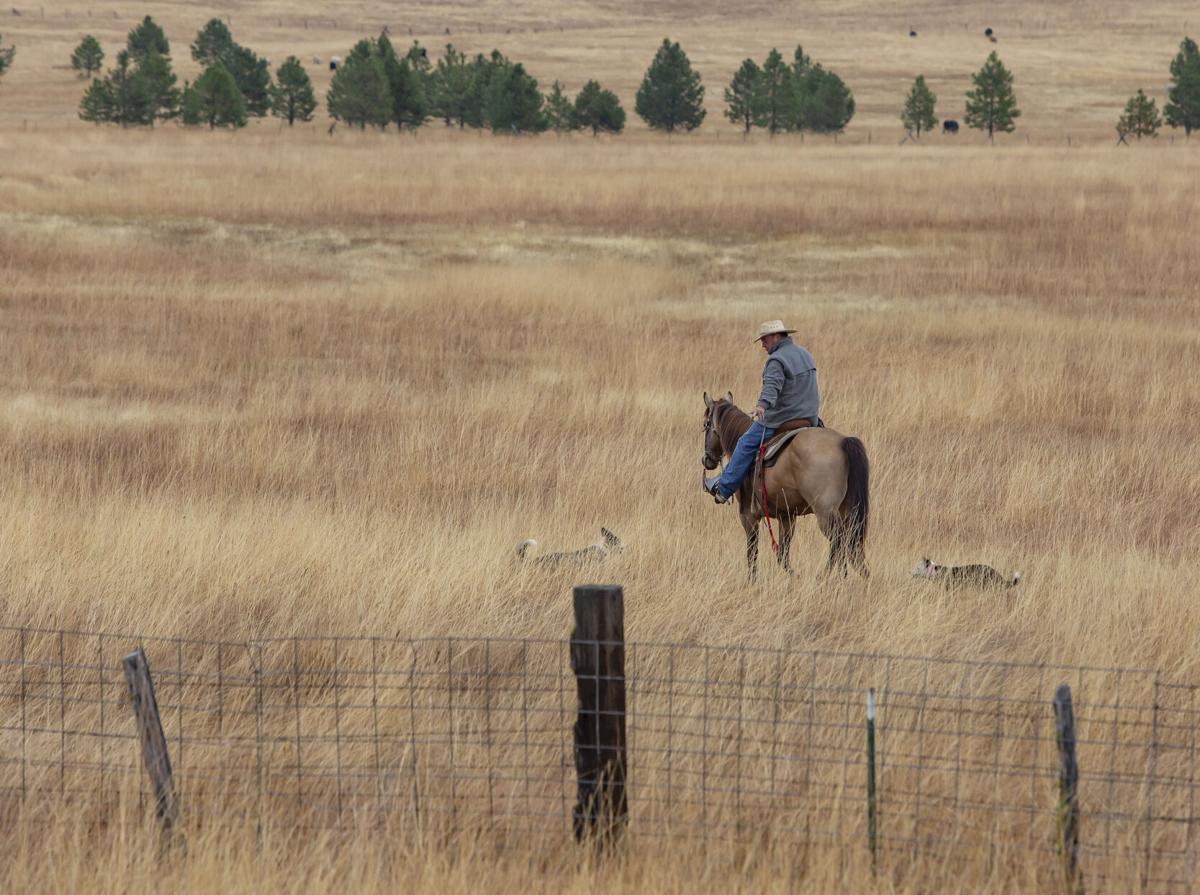 Darwin Hodges and his dogs depart to round-up cattle at the Dixie Ranch outside of Ukiah on Friday, Sept. 25, 2020. 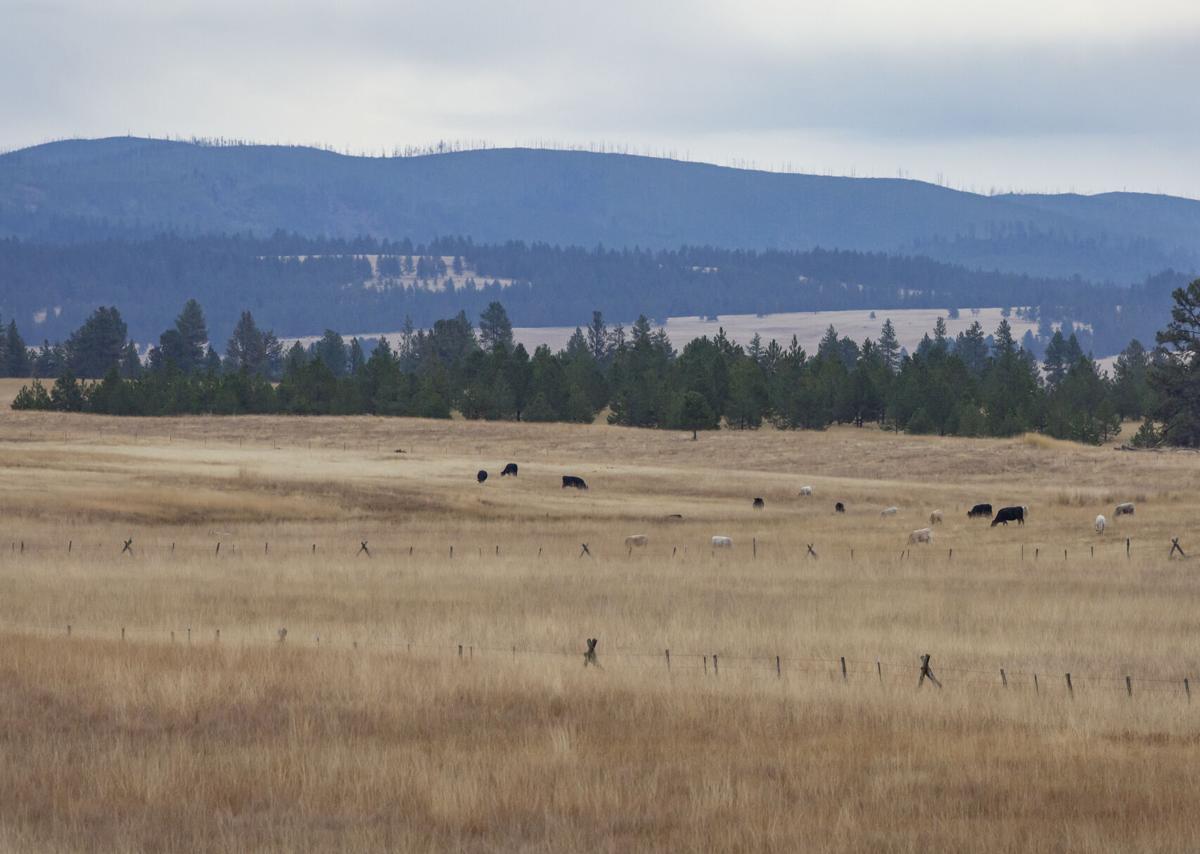 Cattle graze on the forested land along Dixie Ranch Road outside Ukiah on Friday, Sept. 18, 2020.

Darwin Hodges and his dogs depart to round-up cattle at the Dixie Ranch outside of Ukiah on Friday, Sept. 25, 2020.

This story includes images and descriptions of dead cattle and their mutilation that readers may find disturbing.

UKIAH — Fee Stubblefield was just doing the rounds on Sept. 12, checking in on his cattle near Dixie Ranch Road outside of Ukiah, when he saw something sitting in the thicket.

He approached, peering closer as his eyes made out the dead body of a cow lying on its side in the dirt.

“At the moment, I didn’t think anything of it,” Stubblefield said. “But then when I looked closer, you know, it didn’t look right.”

The skin around the cow’s mouth was sliced away, and its tongue, glands and sex organs had been cleanly removed. A piece of the cow’s ear was cut off and placed on its neck.

“It’s a very unusual cut,” Stubblefield said. “There was no blood.”

He found no footprints or tracks as evidence of someone traveling through the area. Stubblefield first thought it might be the work of wolves, so he called authorities to get some answers.

According to Stubblefield, Oregon State Police responded to the scene Sept. 12 and confirmed it as a mutilation kill. The state trooper with knowledge of the case could not be reached for comment Friday.

“We got lucky because we found the cow within a couple days of when it had been killed, so it really yielded some good photos and hopefully some good evidence,” he said. “What’s more disturbing is now that we’ve identified this as a mutilation kill, we’ve actually discovered we had two other ones.”

Stubblefield raises cattle as part of a small ranching operation between Pendleton and Ukiah. He said these other two potential mutilations occurred within the last six months.

One was a cow of his own that was found in an “extremely remote location unconnected to this site,” while the other finding belonged to another rancher. That cow was found on Stubblefield’s property.

Neither were found as timely as the one discovered on Sept. 12, he said, but the Oregon State Police were informed of them and an investigation is underway.

The scene Stubblefield stumbled onto shares disturbing similarities with thousands of other cattle and livestock in the Western United States that have been mutilated and left with little to no evidence of a suspect or motive.

In each instance, cattle are usually found with their tongues and genitals carefully removed without signs of a struggle. In the 1970s, hundreds of these reports spurred a FBI inquiry into the phenomenon that was largely unsuccessful, which the agency chalked up to a lack of jurisdiction where the cattle were found.

In July and August of 2019, the report of five bulls mutilated on the Silvies Valley Ranch in Harney County grabbed headlines across Oregon, and another mutilation was later reported at the border of Lake and Deschutes County in September that year.

According to a report from the Capital Press, a cow was found mutilated earlier this year near Fossil in Wheeler County on July 23. The carcass was found upright with its legs tucked underneath it, and authorities located a partial boot print about 100 yards away from the scene.

“There’s a lot of concern about this, and there needs to be,” Stubblefield said.

Theories around cattle mutilations and their culprits have ranged from UFOs and aliens to government conspiracies and satanic cults, which Stubblefield isn’t subscribing to.

“I’m a believer that this is a little more practical and this is criminal behavior,” he said.

With that in mind, Stubblefield is asking all ranchers and residents in the area to be on the lookout for additional mutilations or suspicious activity.

“If anybody finds one of these unusual ones, they need to stay away from it — don’t even come close to it — and call Oregon State Police immediately,” he said. “Any evidence that can be preserved is going to help solve this seemingly unsolvable case.”

For now, the carcass of Stubblefield’s mutilated cow remains in the same spot he found it. Though none were in place prior to the discovery of the dead cow, trail cams are now staged in the area to monitor it.

According to Stubblefield, that footage has revealed another disconcerting detail: predators and scavengers are avoiding and refusing to eat the carcass.

Coyotes have approached the area but keep their distance, he said, and birds will land on the body briefly before flying away.

Stubblefield read the reports and heard the stories of other Oregon ranchers finding mutilated cattle before, but now he’s hoping the death of his own will finally provide some answers to the decades-long mystery.