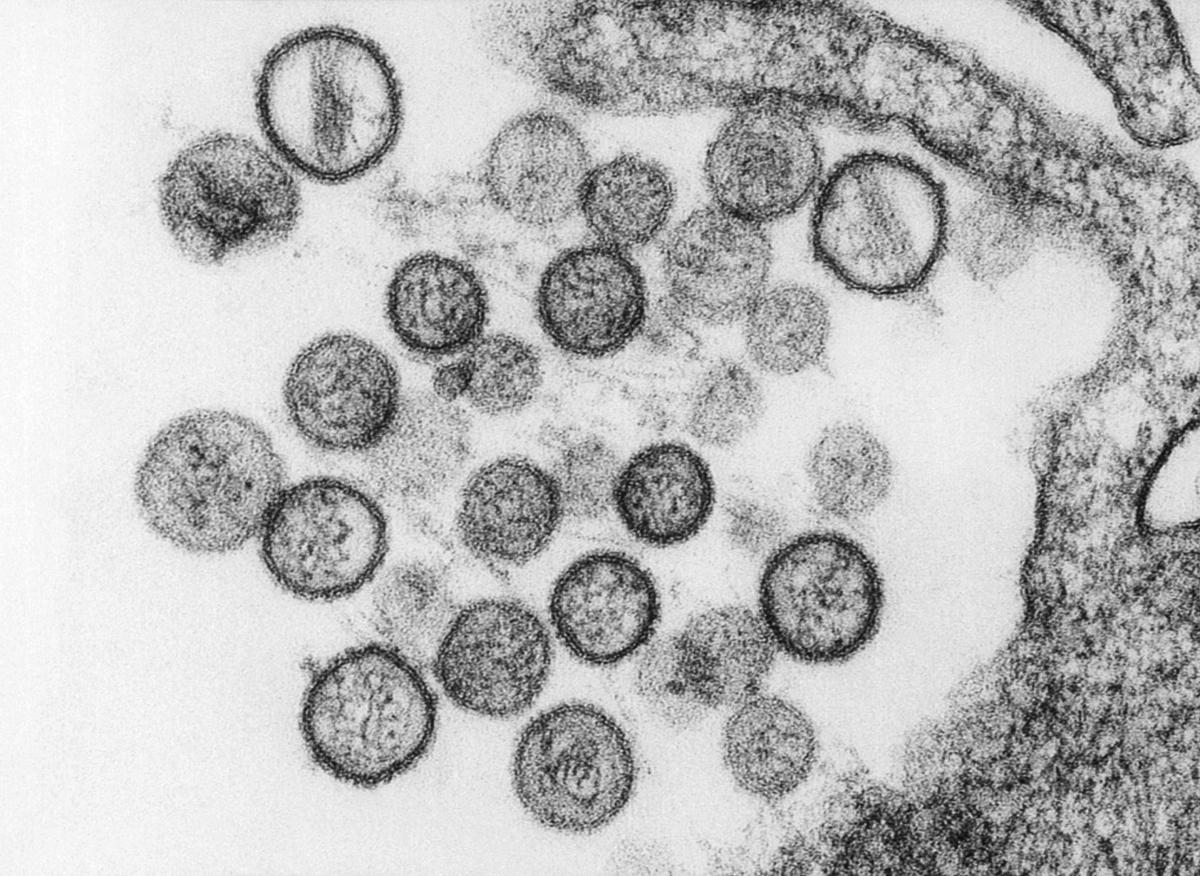 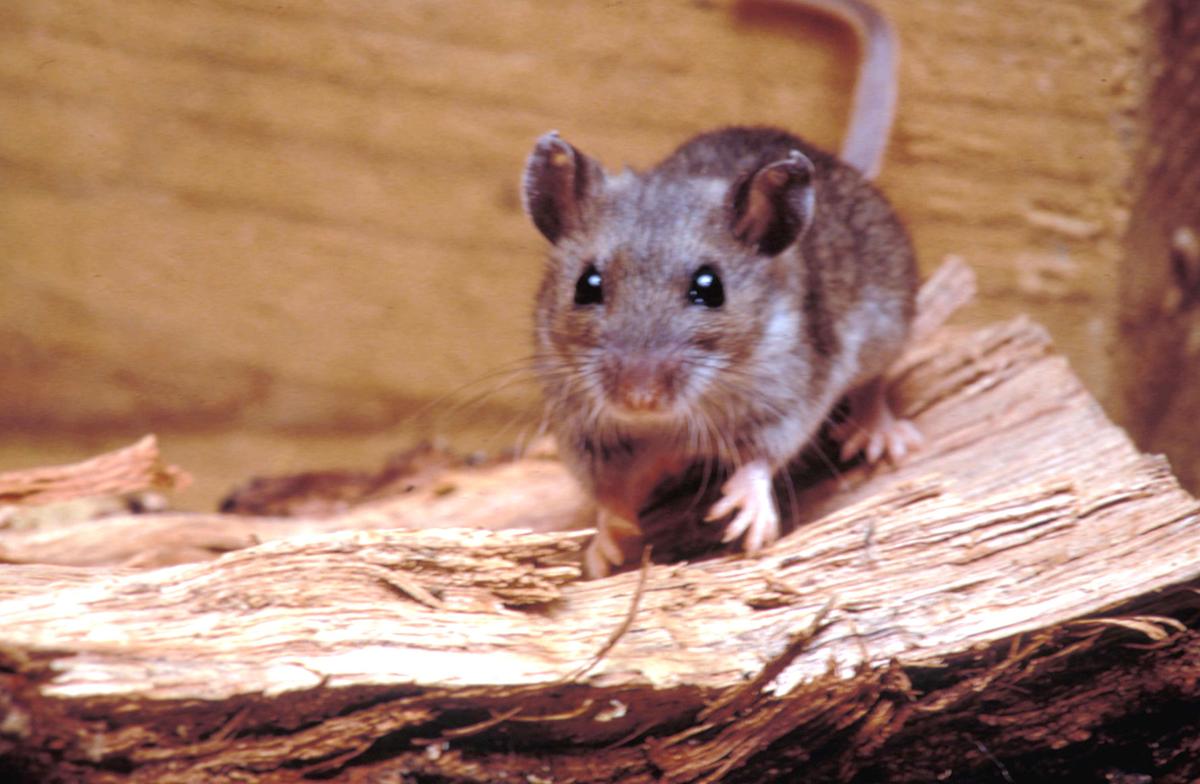 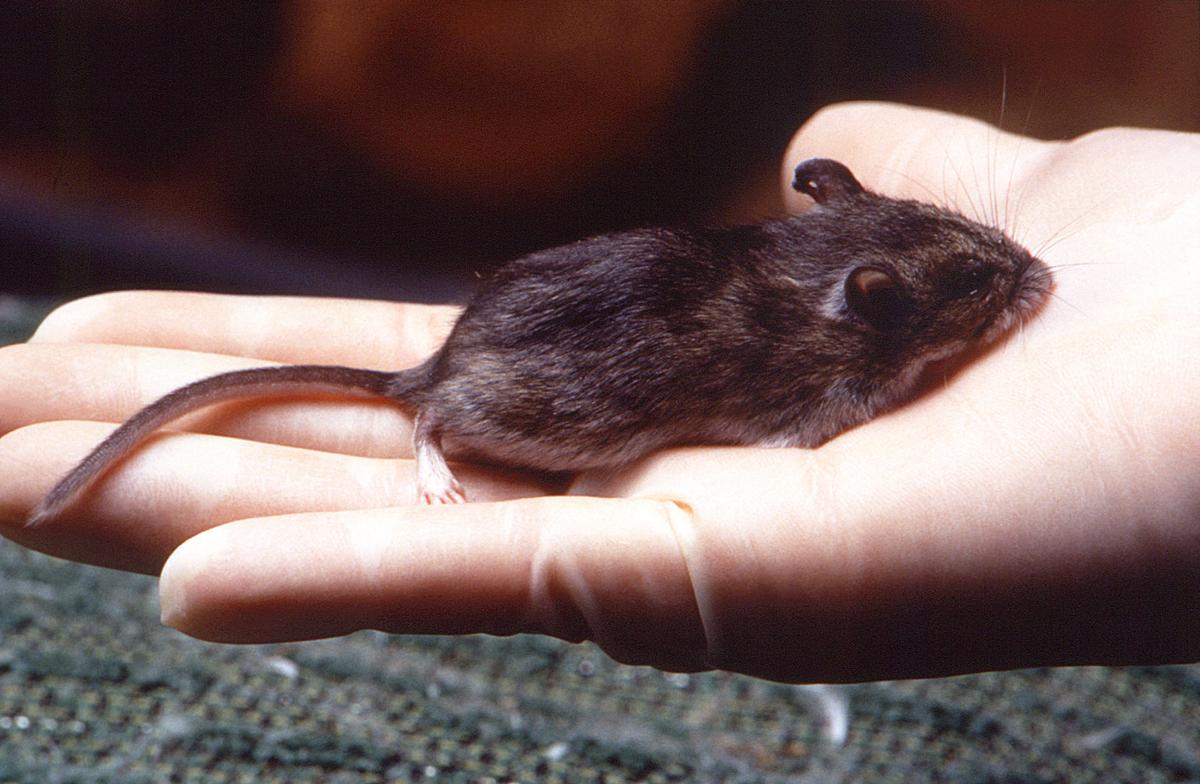 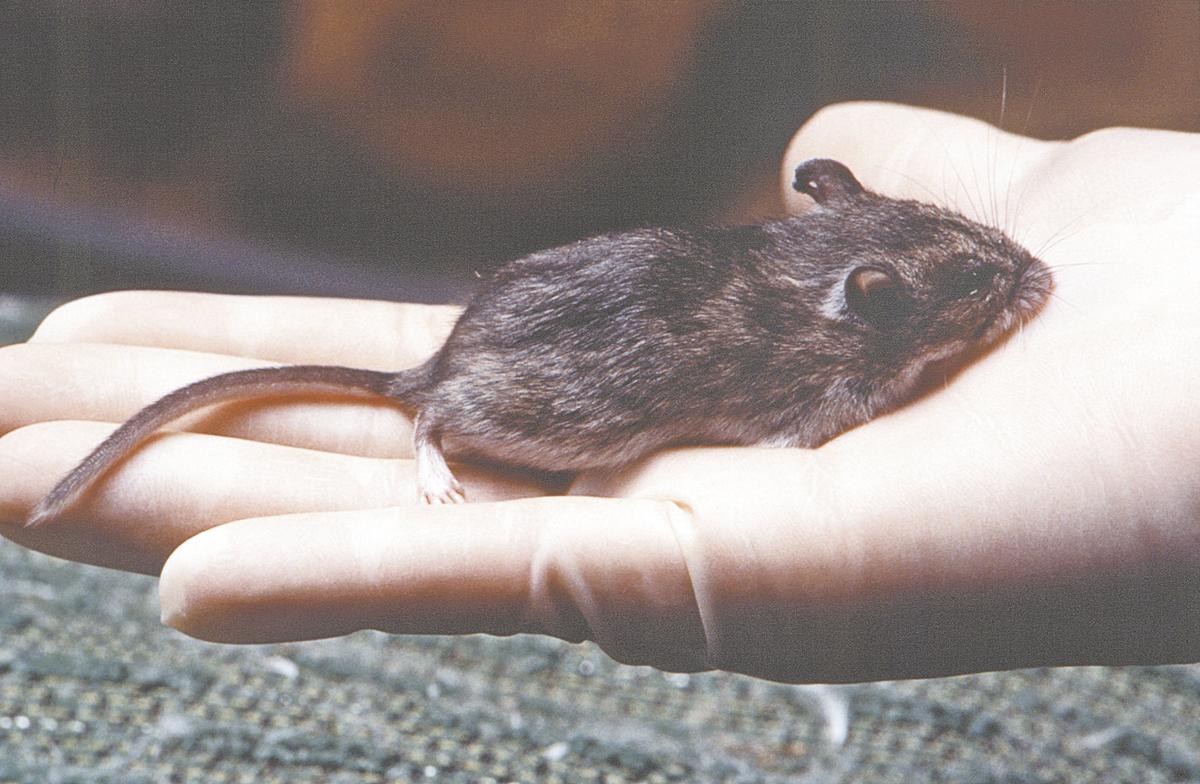 TOP: A micrograph shows particles of hantavirus, which causes a sometimes-deadly infection. (CDC/Submitted image) BOTTOM: Most cases of hantavirus in Oregon are linked to the deer mouse.(Photo courtesy of Brian W.J. Mahy) 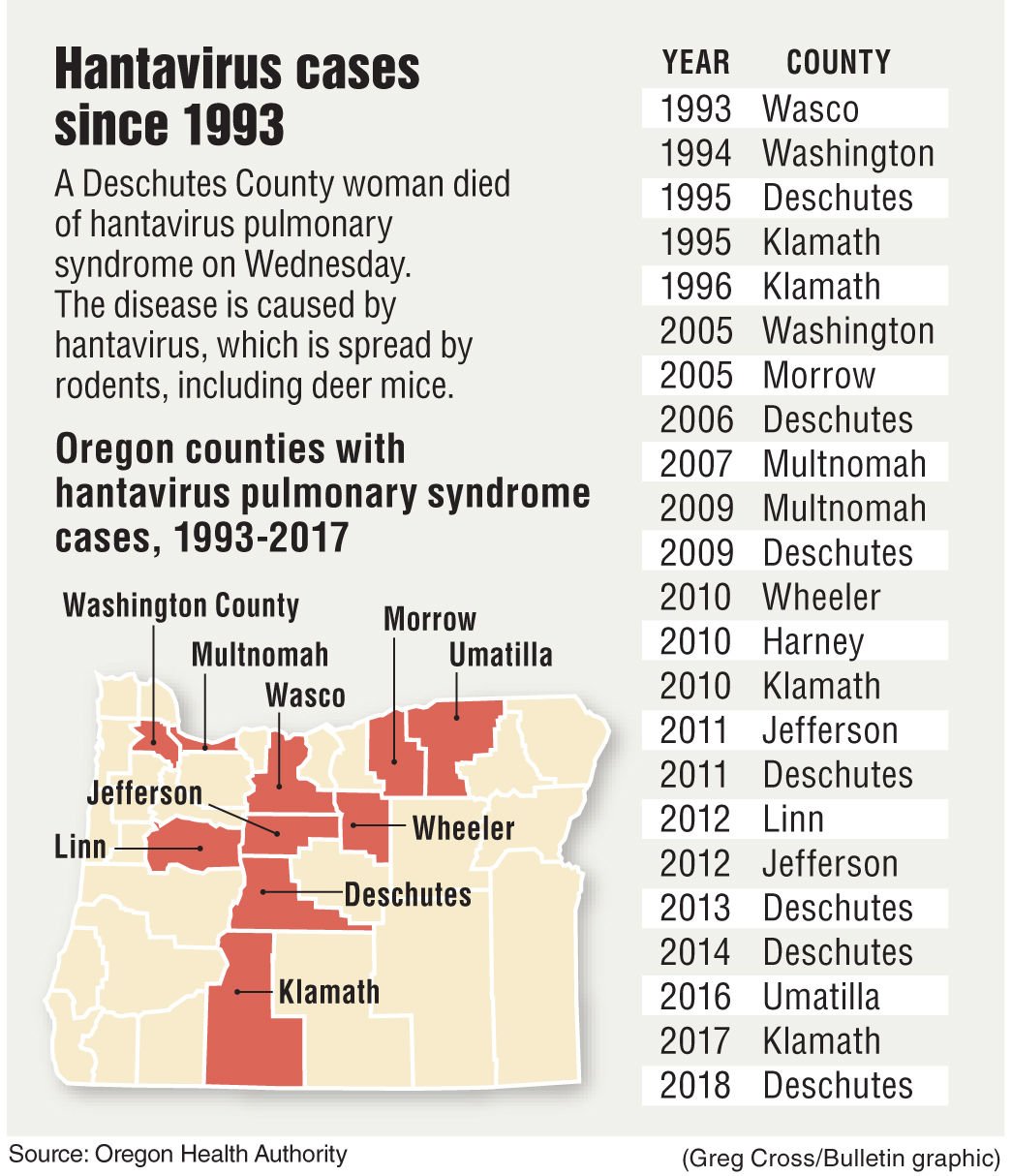 TOP: A micrograph shows particles of hantavirus, which causes a sometimes-deadly infection. (CDC/Submitted image) BOTTOM: Most cases of hantavirus in Oregon are linked to the deer mouse.(Photo courtesy of Brian W.J. Mahy)

Lindy Farr, 67, and her husband, lived in Redmond but also maintained a home in the Three Rivers community in Culver.

According to a neighbor, she had come to the Culver home before Memorial Day to prepare for a family visit.

“They have a loft in their barn that they use for extra sleeping,” said Sheila Hunt, a neighbor and friend. “She had gone out with a Shop-vac. She didn’t know, as well as most people didn’t, that you should wear protective gear and all that stuff.”

Hantavirus exposure usually occurs after breathing in the virus when rodent urine and droppings are stirred up into the air. People can also become infected when they touch mouse or rat urine, droppings, or nesting materials that contain the virus, and then touch their eyes, nose, or mouth. The disease is not spread from person to person, and cats and dogs cannot transmit hantavirus infections to people.

“A lot of times it will happen after an area has been closed up for a while, a summer home or a barn, something like that. They go in and they do spring cleaning, and there are mice droppings everywhere,” said Heather Kaisner, a spokeswoman for the health department.

Hunt said she saw her friend at the Three Rivers Community Church on June 3, but the next day Farr came down with what they both thought was the flu. On June 7, she was having trouble staying awake and her husband called 911.

Farr was admitted to the ICU at St. Charles Redmond, and on Saturday, was placed on a ventilator. She was airlifted to Oregon Health & Sciences University in Portland on Sunday, where she died Wednesday.

“She was in good health,” Hunt said. “You would have never in a million years thought she would have been gone in a week.”

The case is the 23rd hantavirus infection in Oregon since 1993, and the seventh in Deschutes County. Officials from the Deschutes and Jefferson County health departments are working with Oregon Public Health officials to investigate the case. They have not completed their investigation and could not yet confirm how or where Farr had been infected.

The incubation period from infection to the point when symptoms first appear can range from one to six weeks.

“It’s pretty rare, but it is a very deadly disease,” Kaisner said.

According to the federal Centers for Disease Control and Prevention, about 35 percent of those infected will die from the disease.

Symptoms include tiredness, dizziness, fever and chills, muscle aches and headaches, nausea and vomiting, stomach pain, and coughing. More severe symptoms may include shortness of breath or severe difficulty breathing. The virus can trigger an inflammatory reaction that causes hantavirus pulmonary syndrome, a condition characterized by blood leaking into the lungs, affecting both breathing and circulation.

There is no vaccine to prevent infection and no treatment for the condition, said Dr. Jon Lutz, an infectious disease specialist at Summit Medical Group Oregon-Bend Memorial Clinic who was not involved in Farr’s care.

“You just have to avoid exposure,” he said.

Health officials stressed that prevention starts by rodent-proofing homes and by taking precautions when cleaning up rodent droppings.

“All of us don’t think about it. We’ve got some mouse droppings, let’s clean it up,” Kaisner said. “You definitely don’t want to take the vacuum out and have it aerosolize. That’s when you breathe it in.”

Most of the cases in Oregon have occurred east of the Cascades, and are linked to deer mice.

“The deer mouse is present throughout the United States. It’s not like there’s more in Eastern or Western Oregon,” Oregon Public Health Veterinarian Dr. Emilio DeBess said. “Does Eastern Oregon have more hantavirus than Western Oregon? We don’t have that answer.”

Hunt described her friend as “the kind of person who always put everybody else first.”

She was part of a Bears and Quilt group at the Three Rivers Church that sewed teddy bears and donated them to Jefferson County Emergency Medical Services to hand out to young patients.

“She was always trying to help people out and make things easier for everybody,” Hunt said.

With no vaccine or treatment for hantavirus, health officials emphasize prevention strategies, including eliminating rodent infestations and proper cleanup techniques.

To keep your home, workplace, cabin or campsite rodent-free:

• Stack woodpiles away from buildings.

To safely clean up and disinfect areas contaminated by rodent droppings:

• Wear rubber or plastic gloves. If you are cleaning in a confined space, wear a high efficiency particulate air (HEPA) filtered respirator.

• Do not sweep or vacuum rodent droppings. This will release particles into the air, which you could then breathe in.

• Spray droppings with a household disinfectant or a mixture of one part bleach to nine parts water. Let the area soak for 10 minutes to make sure any virus within the droppings will be killed.

• Wipe up wet droppings with paper towels or a wet mop if dealing with a large area.

• Wash gloves in disinfectant and hot soapy water before taking them off. Afterwards, wash your hands thoroughly.