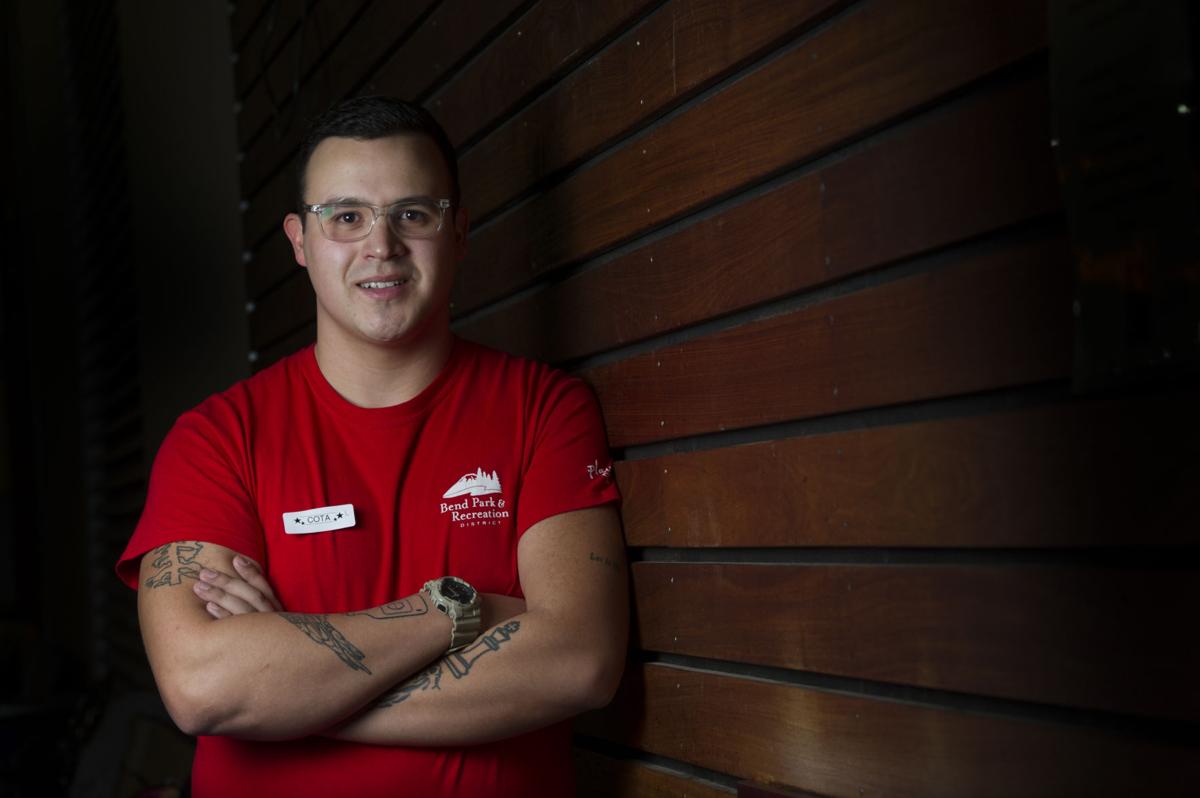 In his spare time Zachary Cota, 24, has worked on creating a website that compiles different resources around Central Oregon to help young adults in need.(Ryan Brennecke/Bulletin photo) 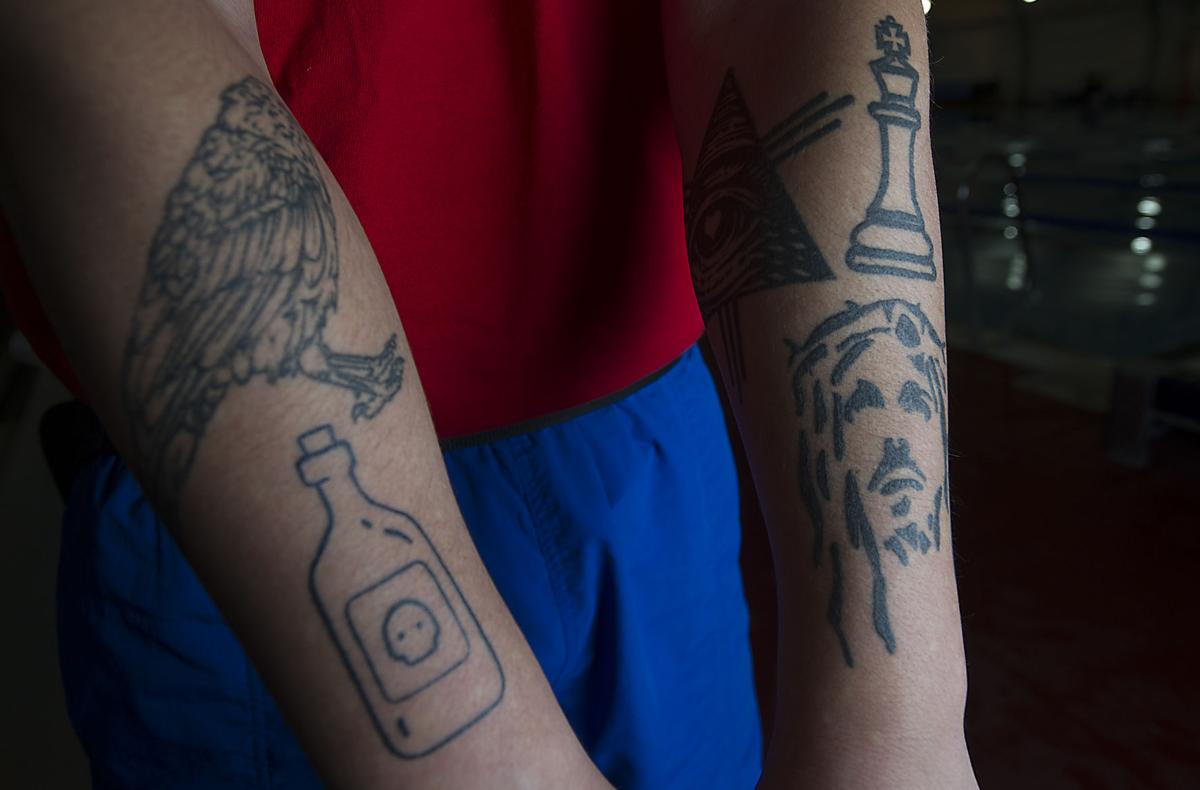 Zachary Cota, 24, shows some of the tattoos he had done to help remind him of his past and to stay focused on his future. Cota has created a website that compiles different resources around Central Oregon to help young adults in need. 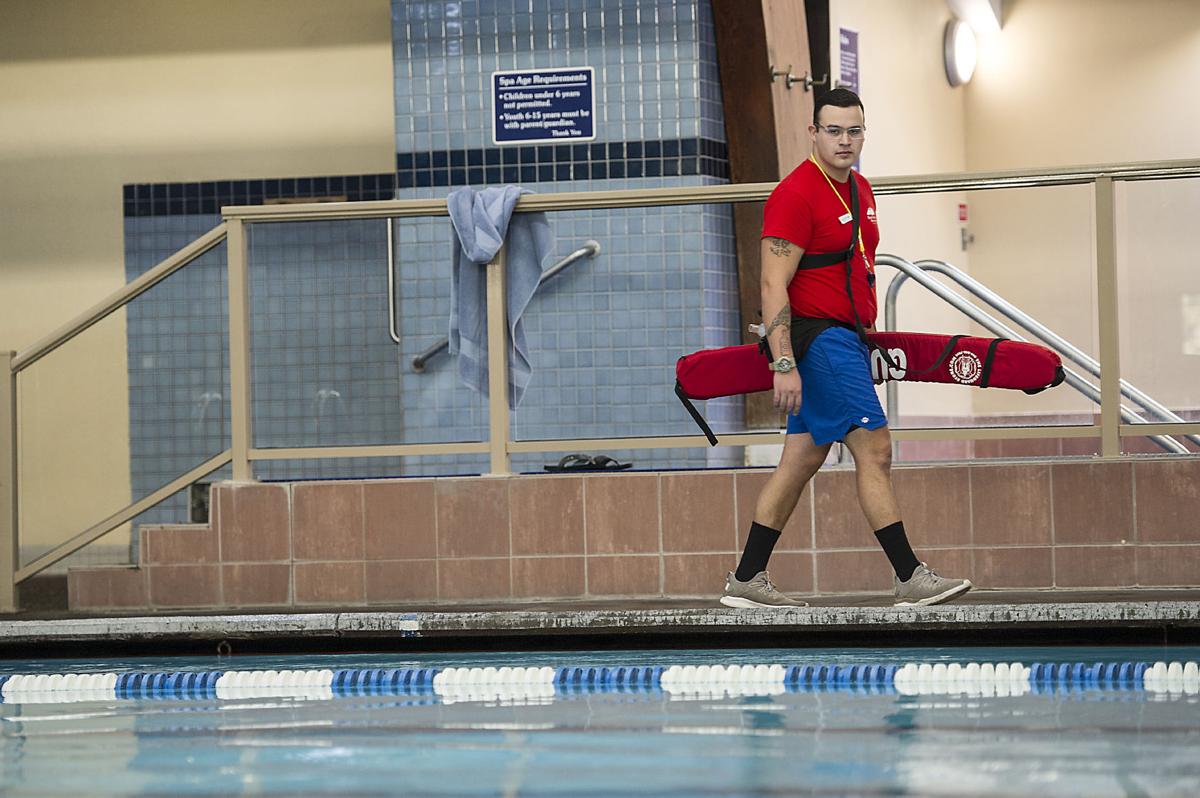 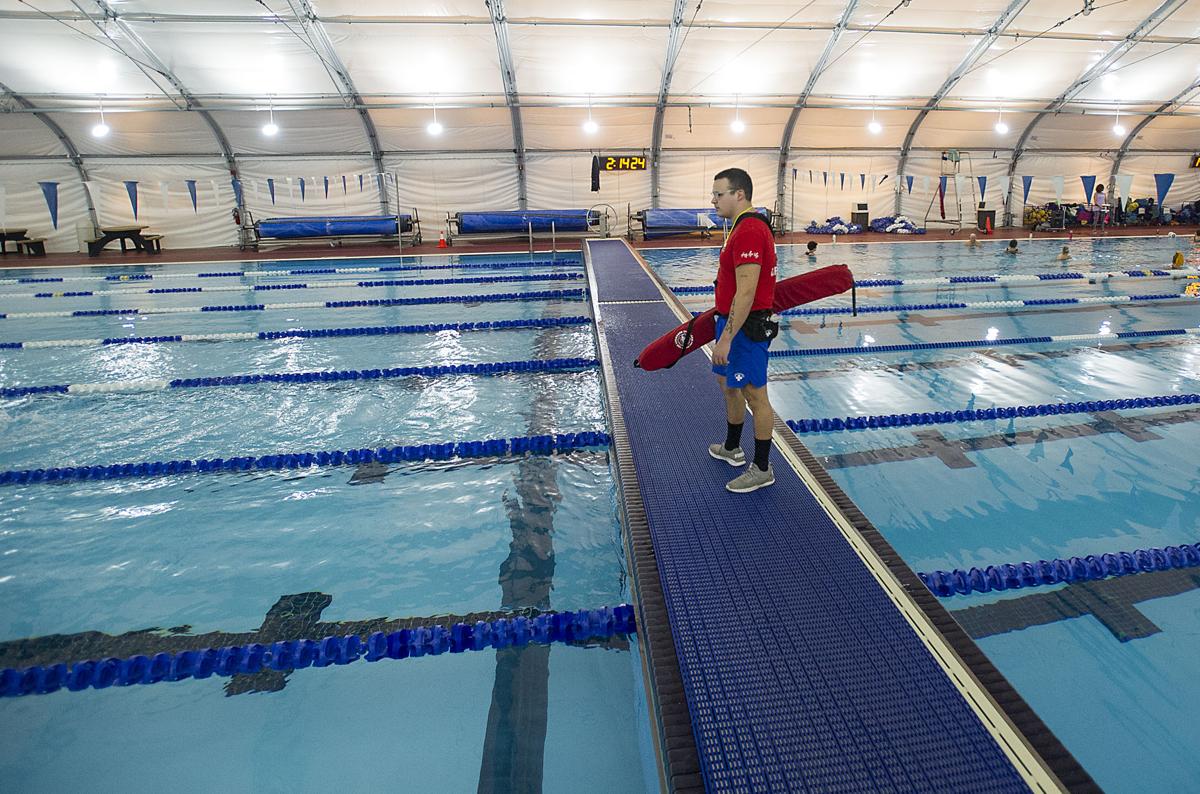 Zachary Cota, 24, patrols the pool while working as a lifeguard at Juniper Swim & Fitness on Thursday, Jan. 10, 2019. (Ryan Brennecke/Bulletin photo)

In his spare time Zachary Cota, 24, has worked on creating a website that compiles different resources around Central Oregon to help young adults in need.(Ryan Brennecke/Bulletin photo)

Zachary Cota, 24, shows some of the tattoos he had done to help remind him of his past and to stay focused on his future. Cota has created a website that compiles different resources around Central Oregon to help young adults in need.

Zachary Cota, 24, patrols the pool while working as a lifeguard at Juniper Swim & Fitness on Thursday, Jan. 10, 2019. (Ryan Brennecke/Bulletin photo)

Six years ago, at his lowest point, Zachary Cota didn’t know where to begin to turn his life around.

Cota, 24, graduated from Bend High School in 2012 with hopes of joining the Navy. But he was denied because of a drug charge that he since cleared from his record through a work program. His life went into a downward spiral, he said. His parents kicked him out, and he was homeless, staying on friends’ couches. He became addicted to drugs and started showing symptoms of psychosis.

“I was scatterbrained until I finally figured out what I was going to do,” he said.

It took a few years for Cota to get his life on track. In that time, he felt overwhelmed trying to access all of the different services in Bend that could help him, from food stamps to public transportation. The frustrating experience gave Cota an idea for a solution.

He created the Manila Project, a website that compiles all of Bend’s resources in one location, from where to find public transportation to emergency shelters. The goal of the project is to help other troubled young people find the help they need to improve their lives, Cota said.

“I wanted to give back to the community for people who are in the same situation that I was once in,” he said.

Cota sees his project working like a case manager, similar to the one he was connected with in 2012 through the Early Assessment and Support Alliance, a prevention program that offers support to young people ages 15 to 27 who suffer from the kind of psychosis that would lead to schizophrenia if left untreated.

Since then, Cota earned an associates degree from Mt. Hood Community College in Portland.

He then moved back to Bend, where he works as a lifeguard at Juniper Swim & Fitness Center and is studying to become an EMT at Central Oregon Community College.

“I was taught how to navigate the resources in town so that I could get back on my feet,” he said.

The idea for the Manila Project first came to Cota in 2012 when he was getting treatment at Sage View Psychiatric Center in Bend, the only inpatient psychiatric facility east of the Cascades.

A social worker at the center handed Cota a manila folder filled with information about services in Bend. Cota took the manila folder and started jotting down other services that could be included. Soon he realized he should make the website.

Between work and school it was difficult to find time to create the Manila Project. Cota finally finished it about two years ago using the free website-building program Wix.

He has since spent his free time trying to share the website with various agencies around Bend.

“My main purpose in life is to try to help others and get people together to do the same thing,” he said.

Cota recently reached out to the Family Access Network, a Bend-based nonprofit that connects children and their parents with services such as food, shelter, health care and clothing. The network shared the Manila Project with all of its advocates in schools across the region.

“This will be a great resource for our FAN advocates and the families in Central Oregon,” said Heidi Martin, a program coordinator at the Family Access Network.

Cota’s long-term goal for the Manila Project is to find a space in Bend that could act as a drop-in site for people to access resources in person. The building would have representatives from agencies throughout the area, he said.

“If you could take someone who doesn’t have anything and get them in the door, they will be able to be a thriving member of society,” Cota said. “That’s the dream.”

Cota feels fortunate to be where he is with a steady job, money to buy food and a house he is renting with roommates.

Tattoos on his arms remind him daily of his past and the work left to do. He has a tattoo of a poison bottle on his right arm that cautions him about the dangers of drugs and alcohol. Another tattoo is a passage from English poet ­William Ernest Henley that reads, “I am the master of my fate. I am the captain of my soul.”

Through his struggles, Cota always found a way to stay hopeful.

“Hope has gotten me through the depths of hell to where I am today,” he said.