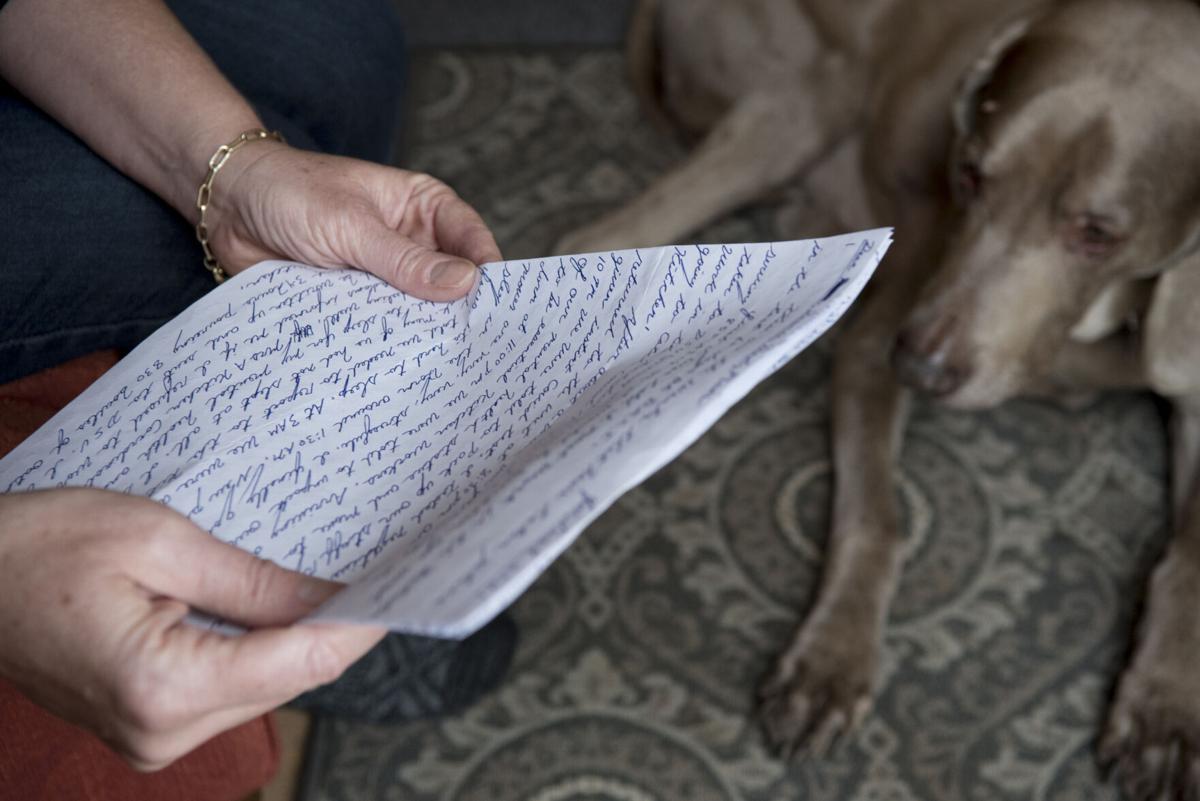 Laurie Howard, in her Beaverton home with her dog, Trigger, holds a letter from her brother, Ryan Monahan, an inmate at Deer Ridge Correctional Institution in Madras. Relatives of inmates say they feel shut out by Oregon corrections officials as the pandemic spreads in prisons. 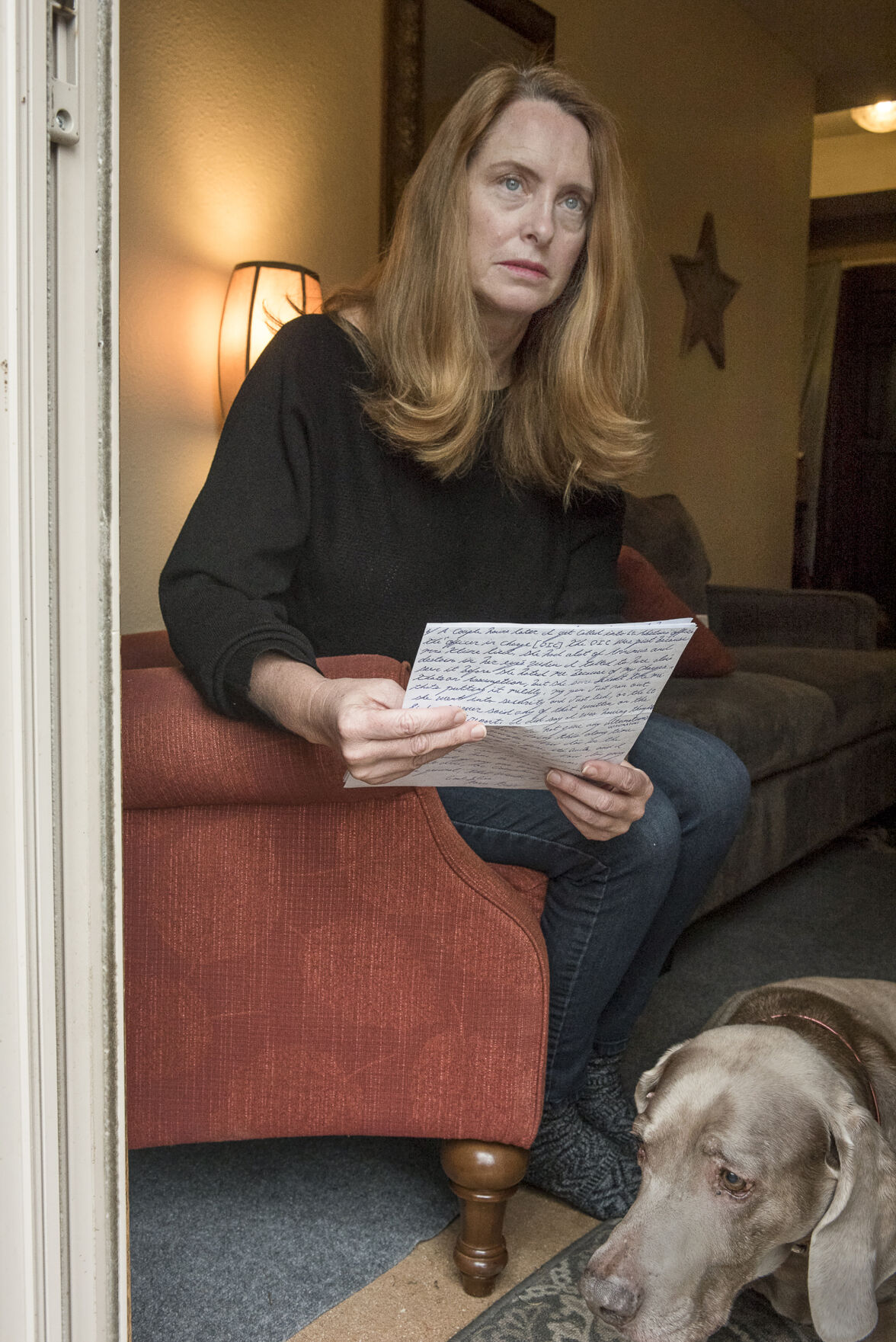 “I was afraid I was going to get some call that said your brother has died. I was terrified I wasn’t going to be able to say goodbye or know what was going on.”

— Laurie Howard, her brother is an inmate at Deer Ridge 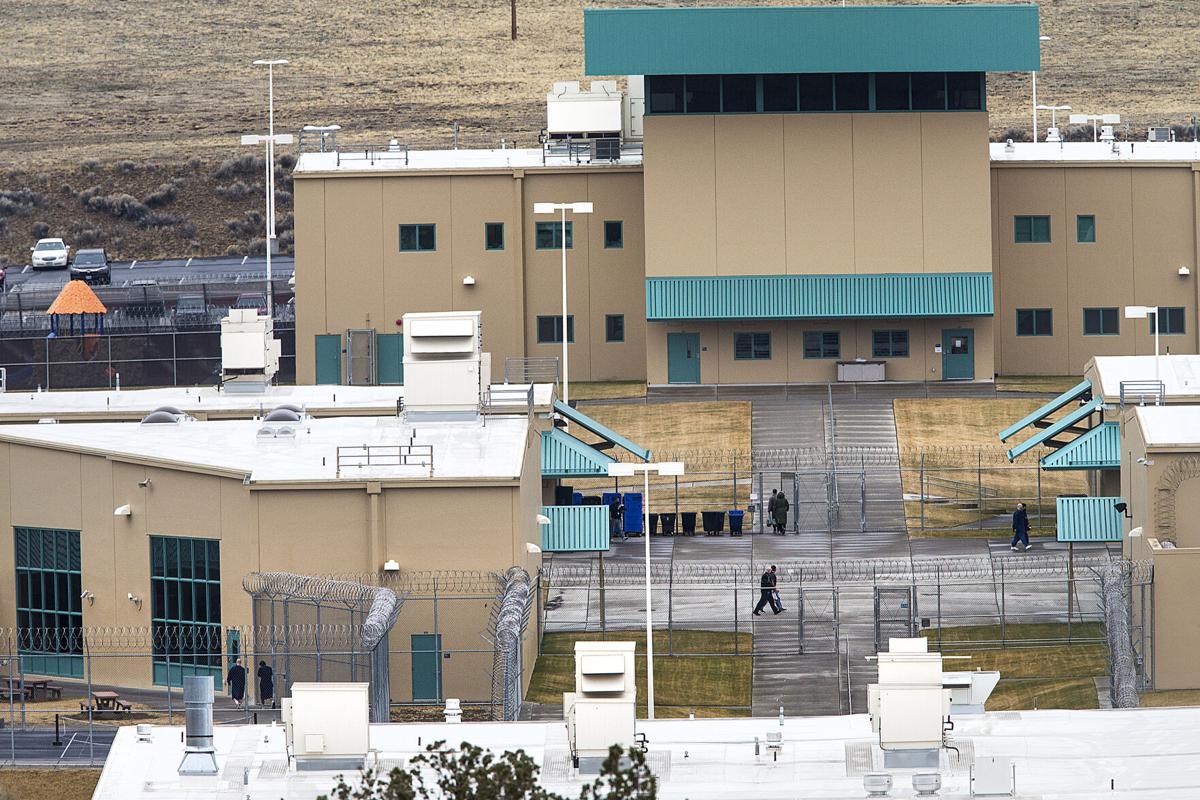 The Deer Ridge Correctional Institution is in Madras. Prisoner advocates say vaccines are not being administered fast enough to stop the spread of the virus.

They say the damage has already been done.

Laurie Howard, in her Beaverton home with her dog, Trigger, holds a letter from her brother, Ryan Monahan, an inmate at Deer Ridge Correctional Institution in Madras. Relatives of inmates say they feel shut out by Oregon corrections officials as the pandemic spreads in prisons.

“I was afraid I was going to get some call that said your brother has died. I was terrified I wasn’t going to be able to say goodbye or know what was going on.”

— Laurie Howard, her brother is an inmate at Deer Ridge

The Deer Ridge Correctional Institution is in Madras. Prisoner advocates say vaccines are not being administered fast enough to stop the spread of the virus.

They say the damage has already been done.

As COVID-19 cases spread last fall in Oregon’s prisons, Laurie Howard feared for her brother, an inmate at Deer Ridge Correctional Institution in Madras. Howard, a 53-year-old elementary school teacher in Beaverton, stopped receiving regular phone calls from her brother, Ryan Monahan, around the time the Madras prison identified its first case of coronavirus on Nov. 13.

Howard’s concern grew as quickly as the virus in Deer Ridge. To date, 275 inmates have tested positive and four have died out of a population of about 675, according to the Oregon Health Authority. Statewide, 3,346 inmates have contracted the virus and 42 have died. Prison staff statewide have 795 confirmed cases, as of the latest data released Jan. 28.

The pandemic has left relatives of Oregon inmates feeling shut out. Families are not allowed to visit due to the virus and only hear about the worsening prison conditions through letters and occasional phone calls.

Like Howard, they hear about their loved ones being transferred to other prisons while sick with the virus and grouped together in close quarters with other inmates and staff who are not wearing masks. They worry the conditions are a possible death sentence.

“I was afraid I was going to get some call that said your brother has died,” Howard said recently. “I was terrified I wasn’t going to be able to say goodbye or know what was going on.”

Earlier this month, Howard received a letter from her brother. He said he had tested positive for the virus and had a 103-degree temperature, but he was still transferred in a bus, along with staff and other prisoners, to Snake River Correctional Institution in Ontario. After two weeks, he returned to Deer Ridge, wearing the same clothes and without personal medication that was lost in the move.

He sensed disorganization among the prison staff.

“I’m just tired of being moved around,” Monahan wrote to his sister. “I’ve been moved eight times since COVID broke out. I’ve been on and off my medications because staff lost it.”

“I’m worried for him,” Howard said. “It just doesn’t seem like the prison knows what they are doing.”

Some relief came this month when inmates across the state started receiving COVID-19 vaccinations. So far, 1,434 inmates have received the vaccine out of about 13,000, according to the Oregon Department of Corrections.

But prisoner advocates say vaccines are not being administered fast enough to stop the spread of the virus. They say the damage has already been done.

Tara Herivel, head of the Oregon Habeas Strike Force, a group of attorneys representing about 330 prisoners across the state, including 17 at Deer Ridge, said there is no consistency for how vaccines are given in the prisons.

“Prison to prison, we are getting totally different reports,” Herivel said. “But what I’ve heard is that they had extremely limited supplies for prisoners.”

Meanwhile, the virus continues to get worse in the prisons, she said.

In addition to Herivel’s group, a separate class action lawsuit was filed in federal court in Eugene over the handling of COVID-19 in the prisons. The Oregon Justice Resource Center, which handles civil rights cases, filed the lawsuit earlier this month to compel Gov. Kate Brown and the Department of Corrections to vaccinate everyone in custody against the virus.

The resource center, which alleges that a refusal by prison staff to wear masks “has massively contributed to the unacceptable spread” of COVID-19, said Oregon prisons “have consistently been among the most dangerous workplaces during the pandemic.”

“Everybody has been on edge since March of last year,” said Juan Chavez, an attorney with the center. “They haven’t seen their loved ones. They are watching guards come in without masks. They are watching other people engage in risky COVID behavior and they are scared.”

Chavez said the lawsuit aims to have inmates vaccinated at the same rate as senior citizens and teachers, which should be possible since the inmate population is much smaller.

“It makes sense that if you are at high risk of catching the disease then you need to be a priority for vaccination,” Chavez said.

Chavez understands if there are not enough vaccines available at a given time, but he believes the prisons need more urgency to address the spread of the virus.

Both groups of prisoner advocates are hearing the same concerns.

Inmates, like Howard’s brother, are troubled by how often they have been transferred to other prisons during the pandemic. They’re also unhappy with how little information they are given about plans to combat the virus and many are concerned by how few staff and other inmates have complied with wearing masks to protect against the virus.

Herivel said she was appalled when she heard prison officials admit in court they have been transferring inmates who are infected with the virus.

“They are doing it and they are spreading the virus that way,” Herivel said.

Jennifer Black, a spokesperson for the Oregon Department of Corrections, said the department has heard the concerns from families and advocates about inmate transfers. But it’s necessary to bring infected inmates to prisons that are better equipped for medical care, she said.

“We are required to medically care for those in our custody and sometimes that requires they be moved to another institution,” Black said. “For example, not all of our institutions have 24/7 medical care.”

As an advocate for prisoners, Herivel does not bother trying to convince people prisoners are deserving of care. Instead, she says there is a logical reason prisoners need to be protected from the virus.

If vaccine distribution is prioritized by need, then prisons have to be included with nursing homes, hospitals and food process facilities because each has experienced COVID-19 outbreaks, Herivel said.

“Those are the top areas that are the highest levels of contraction,” Herivel said. “So that’s just an objective measure.”

Howard understands the lack of compassion for prisoners. She certainly does not excuse her brother’s crimes and knows he must serve his time. But he does not deserve to die in prison from a virus, she said.

Monahan, 49, was in and out of jail for many years from drug use. He was convicted of rape in 2008 and sentenced to 15 years in prison.

“I believe in my heart he would have never done that if he hadn’t been high out of his mind on methamphetamine for so many days,” Howard said.

Howard wants to see her brother again when he is released in three years. She hopes the advocacy groups will help keep him safe in the meantime.

Still, Howard is discouraged. Her brother sounded happy at Deer Ridge when they talked on the phone regularly over the summer. He was making progress on his mental and physical health after a life of drug addiction led him to prison.

That all changed when the virus began to spread.

Howard is still unable to regularly hear from her brother. Lately, she’s missed his calls from a Umatilla number she doesn’t recognize, but could mean he was transferred to Two Rivers Correctional Institution.

“It’s sad,” Howard said. “I just don’t understand the moving around of inmates during all of this.”

And the lack of information only fuels her dread. All she knows about the Umatilla prison is it has the most COVID-19 deaths in Oregon.