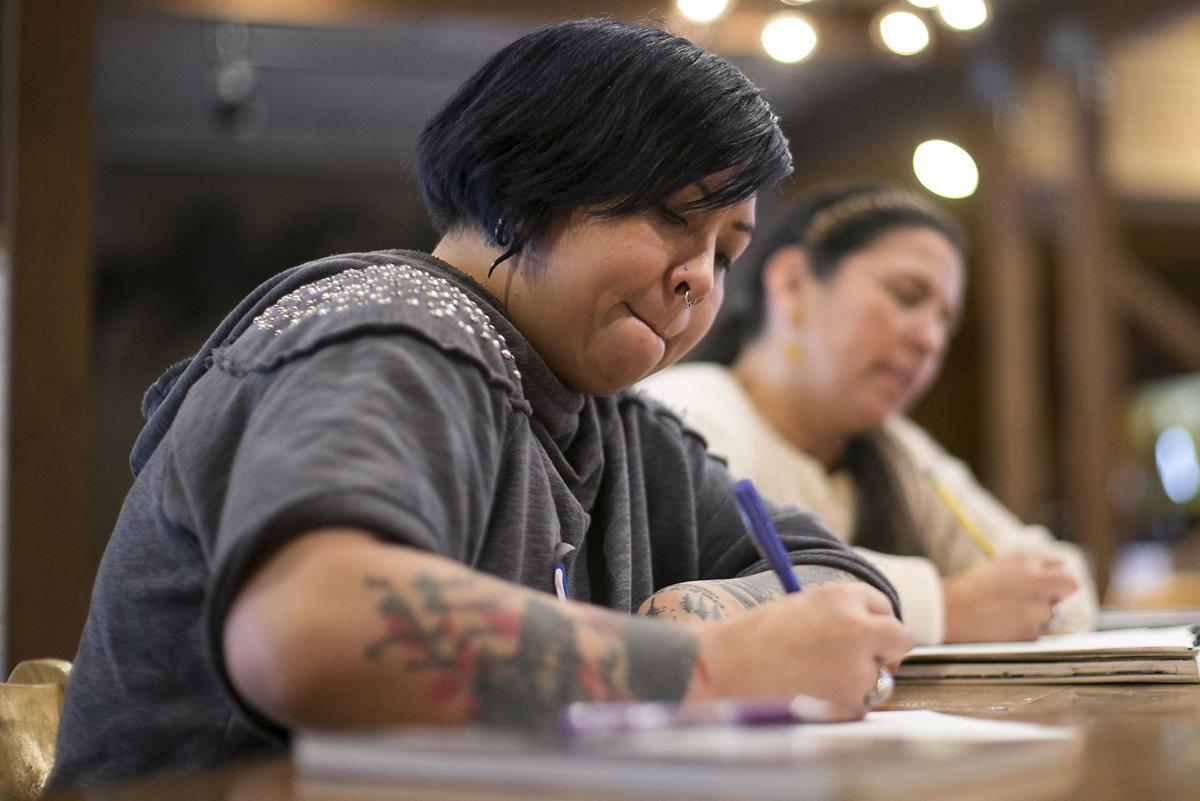 Syndra Schmidt, a Bend artist, jots down descriptive words in the group exercise. 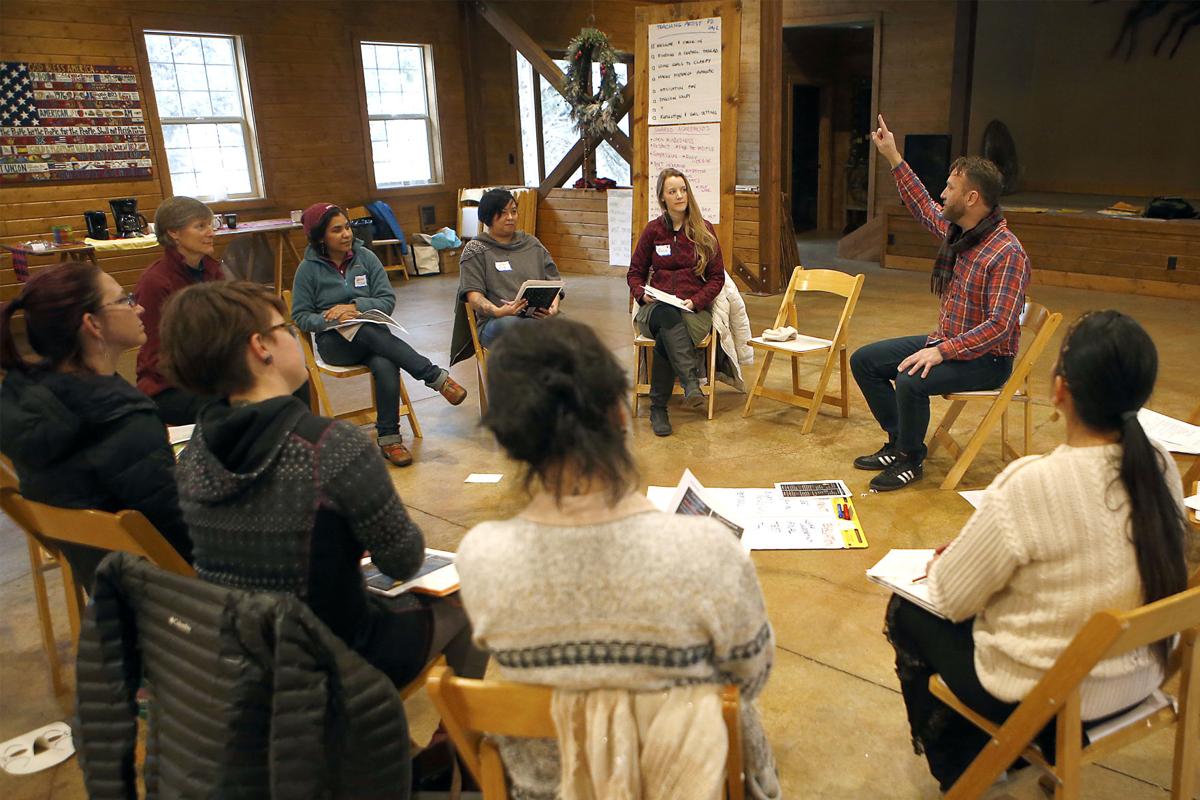 Tony Fuemmeler, a representative of Young Audiences, leads a group discussion on ways to teach art during a training session in Tumalo on Wednesday. 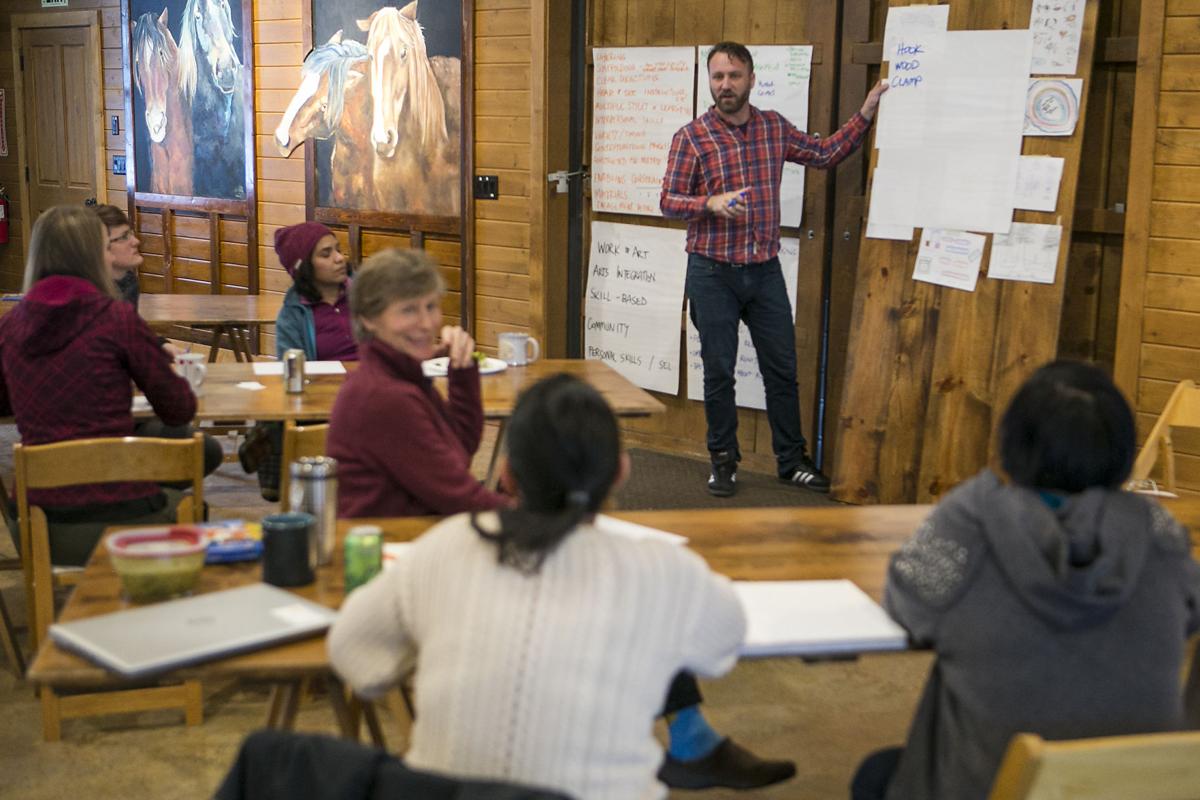 Syndra Schmidt, a Bend artist, jots down descriptive words in the group exercise.

Tony Fuemmeler, a representative of Young Audiences, leads a group discussion on ways to teach art during a training session in Tumalo on Wednesday.

A national arts education nonprofit organization is expanding its reach to Central Oregon. By spring, the group plans on placing local artists in elementary schools throughout the region for specialized art lessons.

Young Audiences, based in Manhattan, has 30 branches around the United States, linking artists and elementary schools in cities including San Diego, Boston and Indianapolis. The organization has had a long-standing affiliate working with schools in Oregon and Southwest Washington. However, that affiliate hasn’t worked outside the Portland/Vancouver, Washington, area until this move into Central Oregon, Boyd said.

Boyd was recently named the manager for Young Audiences’ Central Oregon program. She has previously been an artist-in-residence for schools in Minnesota, Oregon and Alaska, using skills from her previous career as a clown in the Ringling Bros. and Barnum & Bailey Circus for teaching, she said. For example, she used juggling to educate students on Newton’s laws of motion.

Boyd said schools around the country have cut back on arts education, which is why bringing local artists into schools is necessary.

Bend-La Pine Schools’ elementary schools all have a music instructor, but only one, Elk Meadow, has a specialized art teacher, according to school district spokeswoman Alandra Johnson. But some schools bring in artists-in-residence to teach students, or have parents help with art instruction, she added.

“For the students who have a harder time connecting to the other things in school, it can help them have a reason to stay in school,” Fuemmeler said. “They can stick around for the other parts, knowing they have (art).”

Fuemmeler also dispelled the notion that arts education is only useful for students planning on becoming artists as adults.

By the spring, Boyd hopes to have local artists frequently visiting Central Oregon schools for art lessons. She said once Young Audiences’ system is set up in the region in 2020, schools will contact her and arrange for an artist to visit.

In the nonprofit’s established regions, such as Portland, Young Audiences publishes a catalog filled with local artists, their specialties and their phone numbers. Schools can shop for potential artists-in-residence like they would shop for classroom furniture. The schools will pay artists for visiting their schools, Boyd said.

One of the artists at Young Audiences’ professional development this week was Ana Aguirre, a painter and printmaker who lives in Bend. She said she used to teach art in a Monterrey, Mexico school, and now volunteers in Central Oregon schools.

Aguirre said she believes the artist-in-residence program will help young kids learn about themselves.

“It’s important to make young people understand art,” she said. “They can develop a connection to who they are, and how they can express themselves.”

“We’re often very isolated in the work that we do, so hearing common experiences has been great,” she said. “We’re learning tools that we can take forward into our teaching.”

Syndra Schmidt, a Bend artist who has a day job in the cannabis industry, said she was excited to turn her love of art from a volunteer gig to something that could actually earn a paycheck.

“It’s not the most important part, but it is an important aspect of being an artist, because it’s very hard to make money,” Schmidt said.