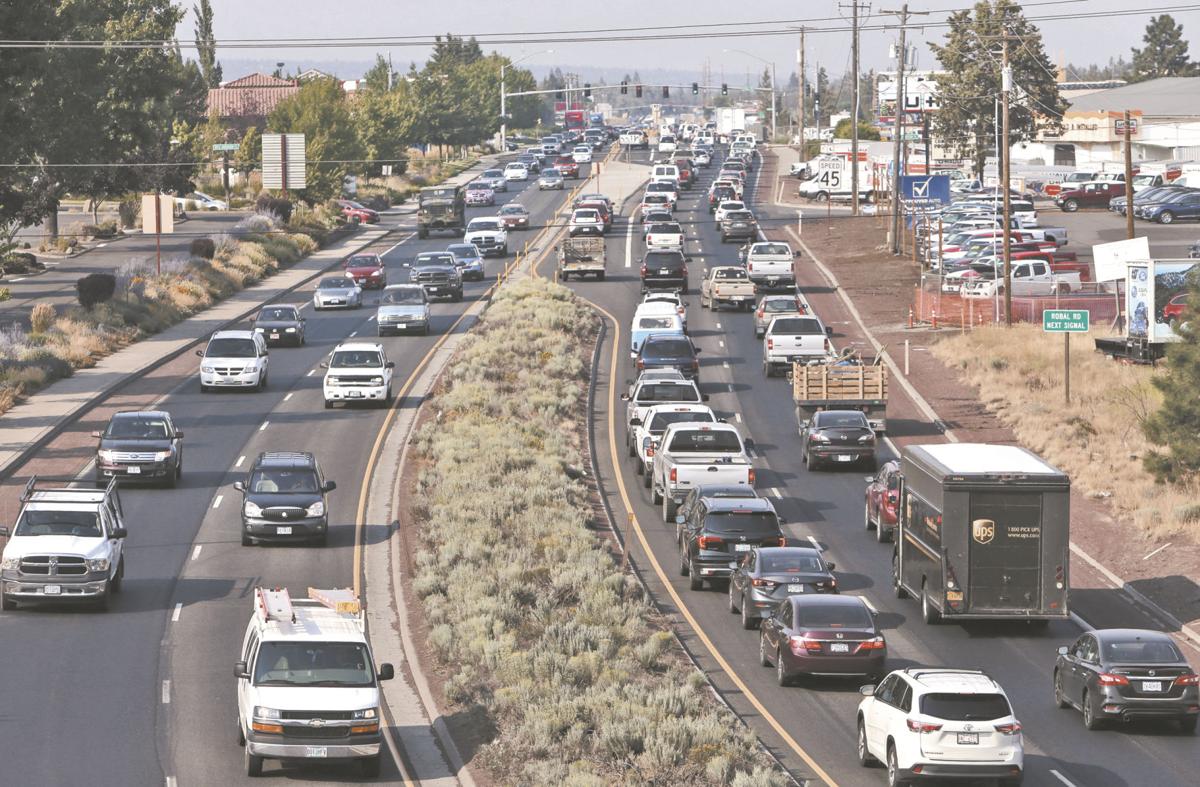 Backups like this one, on U.S. Highway 97 on Tuesday afternoon, Aug. 8, 2017, in Bend, are likely to increase in numbers this week as visitors arrive for the total solar eclipse Monday. (Joe Kline/Bulletin file photo) 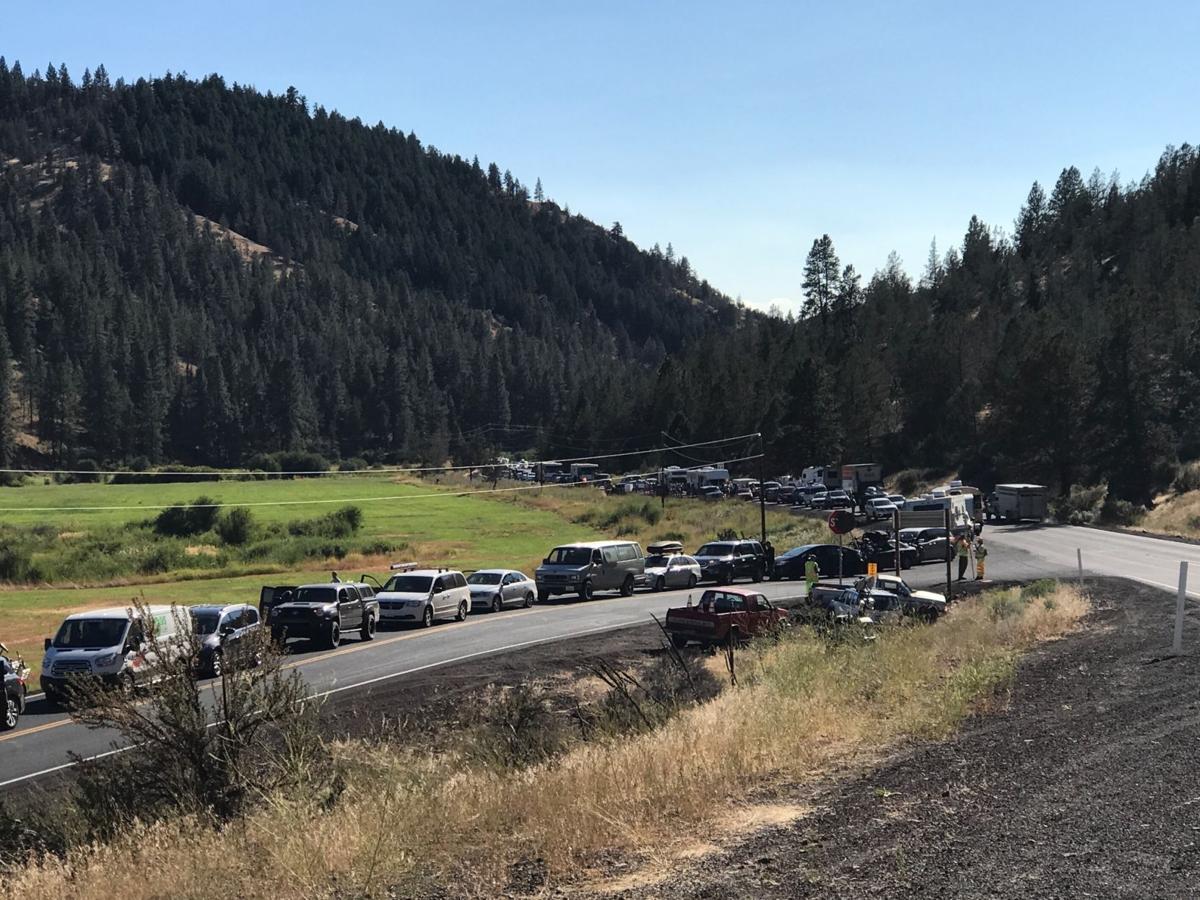 Traffic was backed up on U.S. Highway 26 at the turnoff to the Oregon Eclipse Festival in Crook County on Wednesday. (Debbie Brown/Submitted photo)

Backups like this one, on U.S. Highway 97 on Tuesday afternoon, Aug. 8, 2017, in Bend, are likely to increase in numbers this week as visitors arrive for the total solar eclipse Monday. (Joe Kline/Bulletin file photo)

Traffic was backed up on U.S. Highway 26 at the turnoff to the Oregon Eclipse Festival in Crook County on Wednesday. (Debbie Brown/Submitted photo)

Traffic was backed up 14 miles Wednesday night along U.S. Highway 26 east of Prineville as thousands of people converged on Central Oregon for events surrounding Monday’s total eclipse of the sun.

The jam, reported by the Oregon Department of Transportation about 8 p.m., capped a day of heavy traffic congestion all over the region. Roads were full of people heading to Symbiosis, a 30,000-person festival that kicks off Thursday on 200 acres at Big Summit Prairie, a 50,000-acre ranch east of Prineville in the middle of the Ochoco National Forest.

Video posted to Facebook about midday Wednesday showed traffic at a stand-still heading into Prineville.

“I presume it’s people heading to the festival,” Murphy said. “That festival begins sooner than the rest of the other stuff going on.”

While traffic was heavy, no significant accidents were reported as of Wednesday afternoon.

“It looks like people are moving smoothly, but slowly,” Murphy said.

About 200,000 people are expected to visit the Central Oregon region this week for the total solar eclipse on Monday morning, a rare celestial event that will cause the sky to go dark for more than two minutes inside the path of totality, which cuts through Redmond, Warm Springs, Madras and Prineville.

Travel times into Madras were steady Wednesday, but are expected to slow way down as the Oregon Solarfest starts Thursday on 52 acres in the Jefferson County Fairgrounds. NASA, which considers Madras one of the best places in the country to view the eclipse, is also stationed this week in the city of roughly 6,700.

All those drivers have one thing in common — gas — and their impact was being felt in Bend, where, several gas stations ran out of regular gas Tuesday and Wednesday. The pumps were lined with a mix of locals stocking up on gas, and all of the extra travelers in the area. Huge refueling tankers arrived at the various stations, and by Wednesday afternoon all stations in Bend had gas available and lines of cars waiting to fuel up.