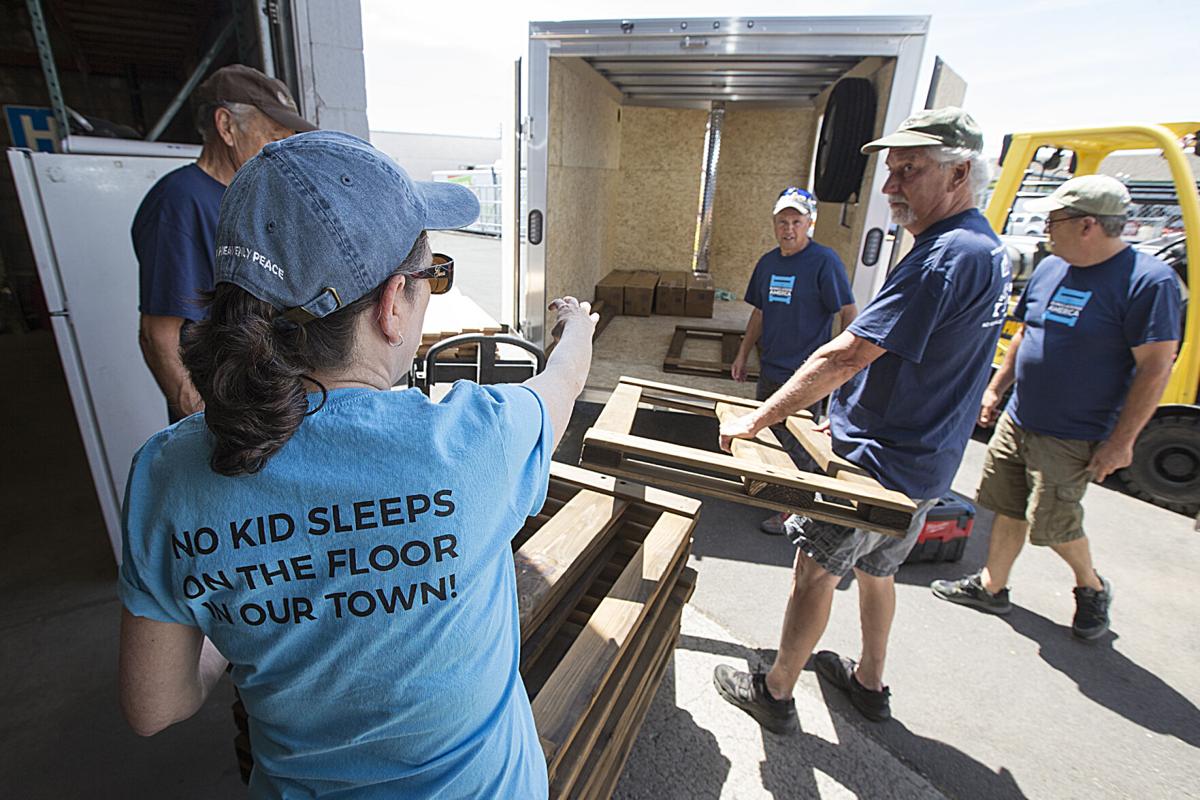 Robyn Mickelsen talks about how to load pieces of a bunk bed into a trailer before heading out with fellow volunteers Tony Wahlberg, from left, Jeff Jones, Rick Scherbert and Bob Mickelsen to deliver beds Friday. 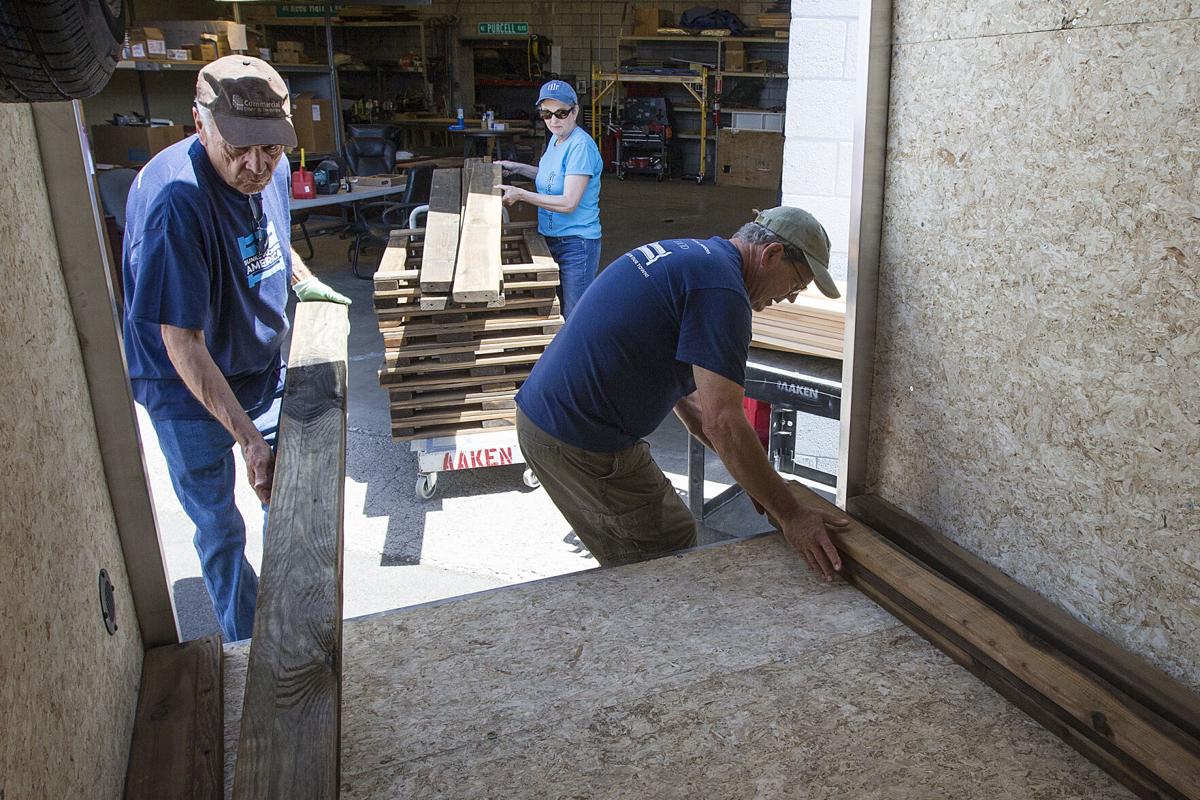 Tony Wahlberg, from left, Robyn Mickelsen and Bob Mickelsen load pieces of bunk beds into a trailer before heading out Friday to deliver beds to local families.

Robyn Mickelsen talks about how to load pieces of a bunk bed into a trailer before heading out with fellow volunteers Tony Wahlberg, from left, Jeff Jones, Rick Scherbert and Bob Mickelsen to deliver beds Friday.

Tony Wahlberg, from left, Robyn Mickelsen and Bob Mickelsen load pieces of bunk beds into a trailer before heading out Friday to deliver beds to local families.

Robyn and Bob Mickelsen knew that retirement included helping their community, but not how they wanted to do it.

While visiting friends in Grants Pass, the Mickelsens discovered their calling: Building beds for children of families in need. In January 2020, right before the pandemic began, the couple started a chapter of Sleep in Heavenly Peace, a nonprofit with 250 branches across the United States that uses donations of lumber, mattresses and new bedding to provide a bed for every child.

The nonprofit estimates that, nationwide, about 3% of the families in any given community don’t have a bed for every child.

“We thought it was a great idea and thought about bringing it up here,” said Robyn Mickelsen, 68. “We didn’t want to sit around, and we wanted to give back to the community.”

They started their chapter in January 2020 and built a few beds, but then the pandemic shut them down. They began to accept requests in June the same year and delivered 105 beds, pillows and blankets to families by year’s end.

And their volunteer effort is still going strong.

On Friday, the Mickelsens delivered two bunk beds to Kara Anderson’s Redmond apartment. Anderson, who has four kids, saw a post on Facebook of someone else who had received free beds and reached out to the Mickelsens.

For three years her kids slept in her bed, on a mattress on the floor or on the couch. For a long time, they didn’t have their own beds, she said.

“This is the first time the kids have bunk beds in their own rooms,” said Anderson, 30. “Ever since the beds got set up, they’ve all been in their room. It’s been life changing for us.”

Helping families by giving children a bed is a critical element for them to develop independence, especially if a family is coming from experiencing homelessness, said Frankie DiDomenico, NeighborImpact housing stabilization coordinator.

“This new group is going to be providing a service that could potentially help support a lot of families that would otherwise go without due to this being such a hard topic to talk about,” DiDomenico said. “Not many people are willing to openly admit that they are struggling to provide basics like a bed for their kid.”

For the new bed frame, mattress and linens, the cost is about $250.

Mickelson said the group gets donations of lumber from Lowe’s, and Ashley Furniture HomeStore in Bend donates mattresses. The Deschutes chapter members operate out of Aaken Corp’s warehouse , where they build, deliver and assemble the fully-functional bunk beds, Bob Mickelsen said.

“We don’t have enough inside space to build, so we rely on good weather,” Robyn Mickelsen said. “We try to build bout 20 beds a month.”

“Little did I realize that we’d be front and center of this need,” he said. “It’s almost overwhelming. The needs are bigger than what we have requests for.”

As a mother, Sandy Hale believes in the purpose of the nonprofit organization. When she heard about it at her church, she signed up to volunteer.

“It’s a big deal for a child to have their own place to sleep,” Hale said. “I don’t have any construction background, but it’s been interesting to participate and do something that was fun and help others as well.”

The Deschutes County chapter of Sleep in Heavenly Peace will build about 50 beds for families on 9 a.m. to 4 p.m. Saturday at 1260 NE First St., Bend.