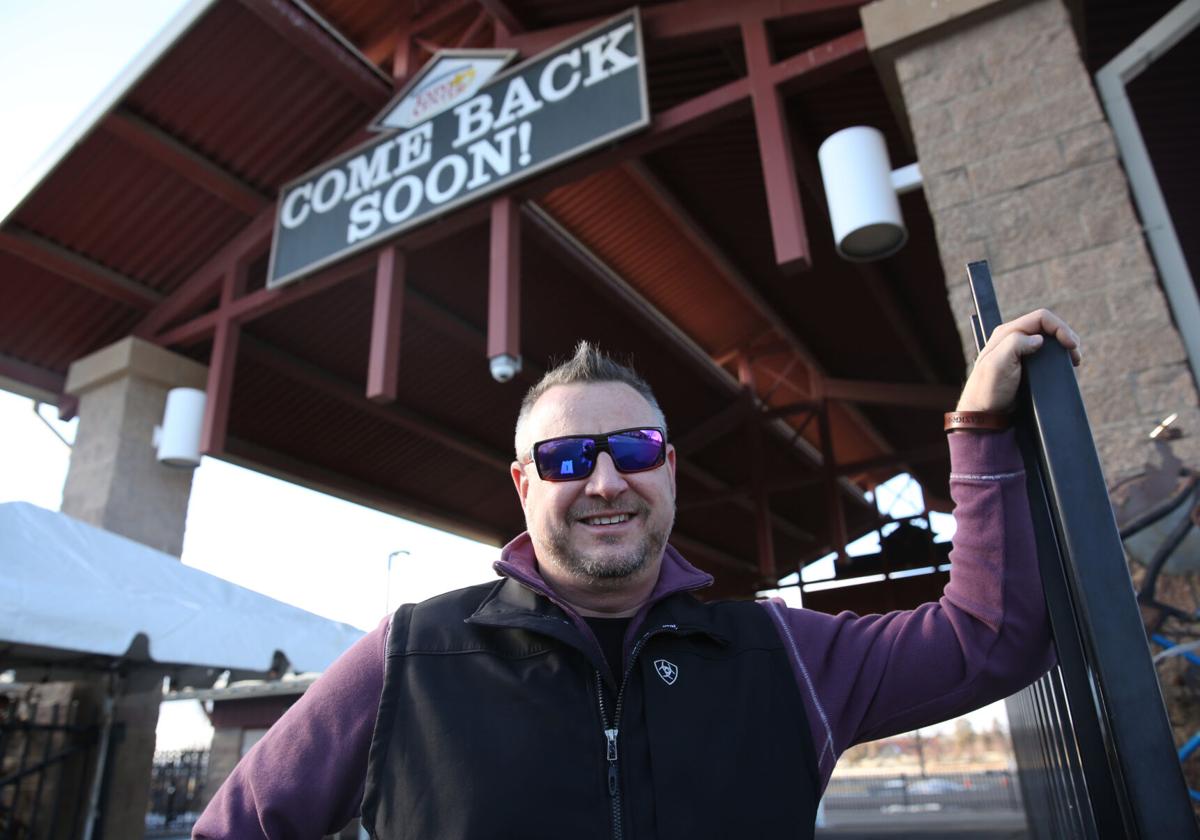 — Geoff Hinds, director of the Deschutes County Fair & Expo Center, shown Tuesday at right in the entryway of the complex 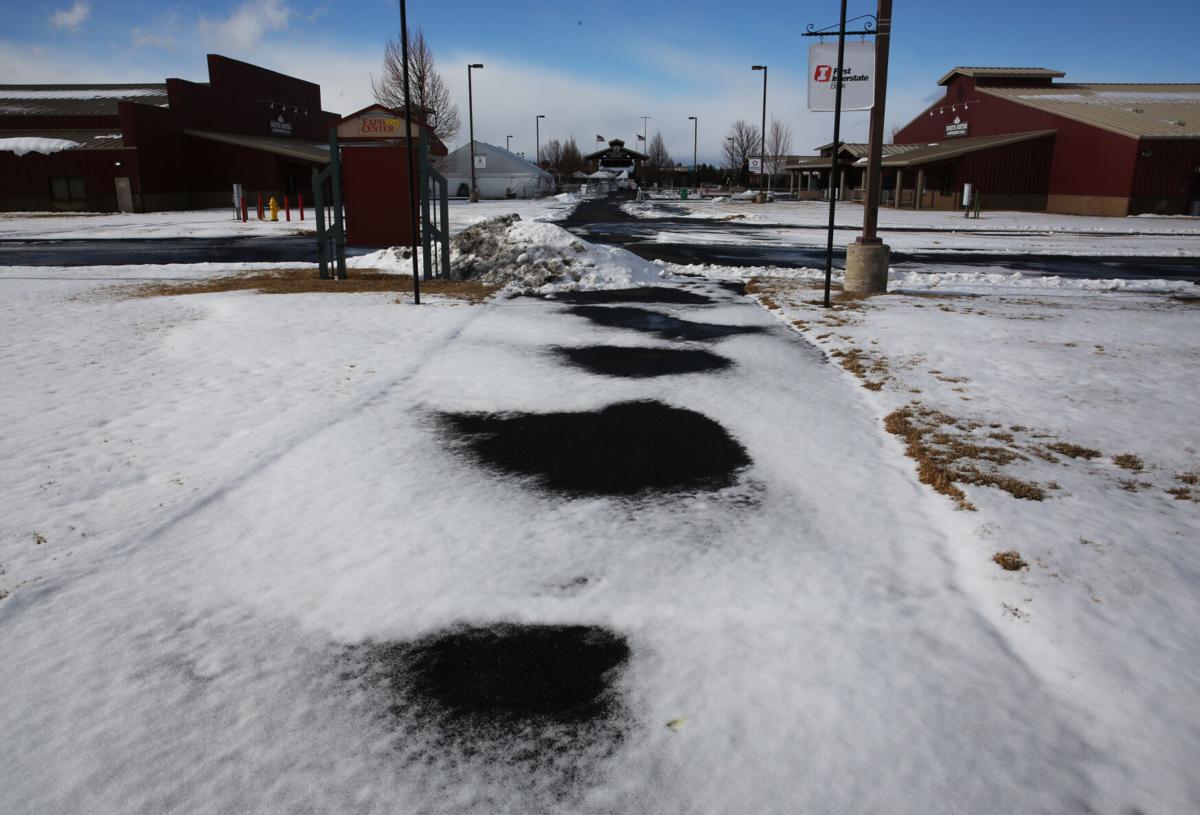 The Deschutes County Fair & Expo Center is quiet in February 2021.

— Geoff Hinds, director of the Deschutes County Fair & Expo Center, shown Tuesday at right in the entryway of the complex

The Deschutes County Fair & Expo Center is quiet in February 2021.

Like every other government entity or business in 2021, the Deschutes County Fair & Expo Center is trying to predict the future.

After surviving a year of event cancellations or postponements due to the COVID-19 pandemic, the expo center is trying to move forward, hoping for a world that returns to some sense of normalcy, but preparing for the worst in case it doesn’t, said Geoff Hinds, director of the Deschutes County Fair & Expo Center.

“I think the future looks good, assuming we can get back to a level of normalcy,” Hinds said Friday. “We understand it’s going to be a long process.”

The fund that finances the fairgrounds was one of the hardest hit within Deschutes County government, losing roughly $700,000 — or 30% of its entire budget — just between March and July of last year due to pandemic-related cancellations, Hinds said. The loss of revenue prompted the county to reassign several fair workers to other departments within the county, as well as some temporary salary reductions and furloughs, he said.

The annual county fair was also, for the most part, canceled, except for the livestock auction.

Deschutes County is not alone. All fairs across the state have taken a financial hit, said Casey Daly, the Crook County Fairgrounds manager and president of the Oregon Fair Association. Only three or four fairs were able to operate last year, which included Crook County, he said.

“We’re all struggling based on the guidelines the governor’s got out right now,” Daly said.

Some fairs are financially doing better than others, Daly said. Those doing better are in lower-risk counties or those that have been able to be creative and hold more events outdoors, where restrictions are more forgiving, he said. Many, including Crook County, have held drive-thru events, for example.

While the Deschutes County Fair & Expo Center took a financial hit, the impacts were muted thanks to some revenue being generated from some events that were able to take place later in the year, Hinds said. Being able to provide public services like hosting trials for the circuit court, being an evacuation facility for the summer’s fires and now as a COVID-19 testing and vaccination site, also has helped keep the expo center stable.

Hinds said the fairgrounds has been working with the county to get appropriate fund transfers to cover the cost of operating these kinds of services.

But even those events, such as the Cascade Chute Outa rodeo, still did not make the fair and expo center as much money as they would in a normal year, given capacity restrictions and more time and resources it takes to make an event safe, Hinds said.

“Any return was better than none,” he said.

Hinds and the fair board are now trying to plan for multiple scenarios as the county heads into another year rocked by the pandemic. The plan is to create multiple budgets for the county fair, ranging from forecasting revenue from a typical fair, to not having any kind of fair at all, he said.

“The No. 1 goal is to do this safely and responsibly,” he said.

Hinds said he is cautiously optimistic about having some kind of fair this year, even if it doesn’t look like fairs in past years. And this year, Deschutes County has the benefit of being able to learn from the lessons already learned from running safe events in the COVID-19 era.

“We’re not going into it as blind as we were last year,” he said.

While not preferable, Hinds said even if a fair does not happen again this year, the situation will be “livable.”

“We lived through it this year, and we’ll still be in existence. We’ll still be able to pay the bills,” he said. “But it certainly doesn’t happen without challenges, and those will continue to compound into the future the longer we are forced to do things and make cuts.”

As of last week, every weekend in 2021 except one was booked at the expo center, which is just one section of the whole fairgrounds property, according to a presentation made to the Deschutes County Commission on Thursday. Some are more traditional events, like a Taco & Margarita festival in September and a BBQ&Brew Festival in April, as well as continued vaccination clinics.

But a number of events have already been rescheduled, either being moved onto later dates or next year, Hinds said, and he expects to see those impacts through the first part of next year.

While the fairgrounds can accommodate multiple events at the same time, Hinds said that if there is ever a conflict between a different event and the county’s vaccination clinics, COVID-19 response efforts will always take priority.

“We think working with medical professionals that we’ve come up with strategies in the short and mid term to allow what’s on the calendars to continue,” he said.