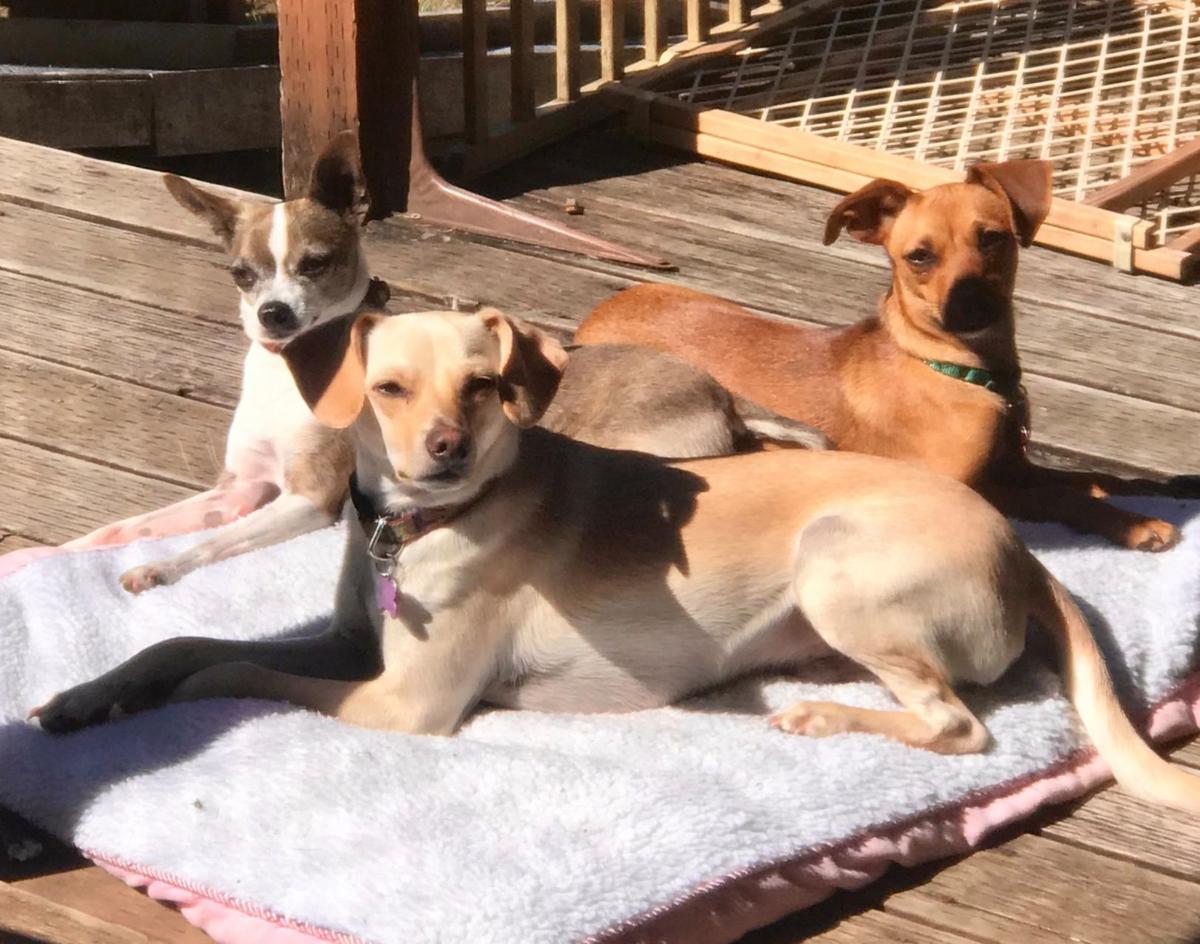 Jennifer Julian's dog Monty Zooma, center, with two of her other dogs, Gilbert, left, and SiSi. Monty Zooma died after being attacked by a pit bull. (Submitted photo) 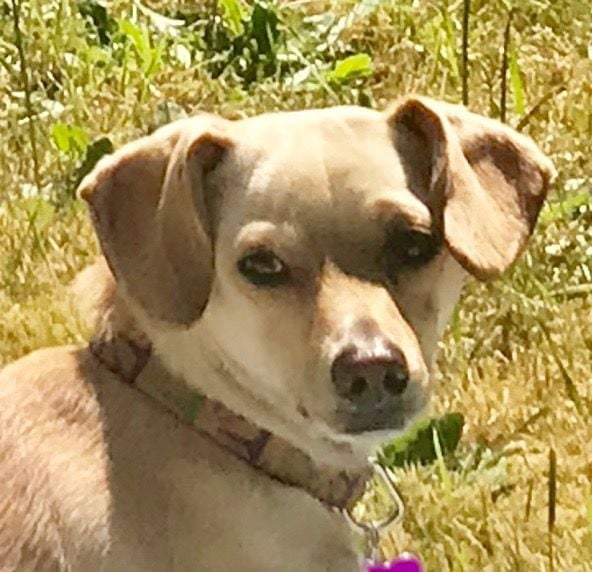 Monty Zooma had to be euthanized after an attack.(Submitted photo)

Jennifer Julian's dog Monty Zooma, center, with two of her other dogs, Gilbert, left, and SiSi. Monty Zooma died after being attacked by a pit bull. (Submitted photo)

Monty Zooma had to be euthanized after an attack.(Submitted photo)

A La Pine man was cited and his dog placed in quarantine after it allegedly mauled a much smaller dog earlier this month at Reynolds Pond.

Phillip Wayne Briley was ticketed for having a nuisance animal and a dog at large after his 7-year-old pit bull, Lilly, allegedly attacked the smaller dog two weeks earlier at the recreation area about 15 miles east of Bend. The smaller dog, named Monty Zooma, suffered a ripped trachea and his spine was most likely broken, so he had to be euthanized.

Briley was identified by a member of the public who saw a Facebook post from the owner of the dog that was killed.

The pit bull, Lilly, is in a 10-day rabies quarantine. A circuit court judge could determine Lilly is a dangerous animal, and she could be euthanized.

“We will continue to investigate to determine if there is a history of prior instances of aggression,” said Sgt. William Bailey, spokesman for the Deschutes County Sheriff’s Office.

The dog who was attacked belonged to Jennifer Julian, a Linn County resident who was in Bend earlier this month visiting her friend, Sarah Moore.

Julian has helped with rescue dogs for more than 20 years. Since retiring as a family counselor she’s focused on foster dogs through her small independent organization, A Woof over My Head.

After four days in the Bend area, Julian and Moore decided to do something different and spend a couple quiet hours by Reynolds Pond, a stocked fishing area near Alfalfa.

On the afternoon of Aug. 5, Julian and Moore left with four of their personal and foster dogs. Among them was Monty Zooma, a nearly 2-year-old mix of unknown breeds, perhaps whippet or beagle. Monty Zooma had come to Julian from a 19-year-old man who could no longer care for him. The dog already had the name “Monty,” and Julian added “Zooma” to it because of his speed.

Between 3:30 and 4 p.m., the two women decided to pack up and leave. As they walked on the shoreline, Julian saw two pit bulls ambling toward them. She thought they might be associated with a “well-­outfitted” transient campsite they’d passed on their way in, she said. One of the dogs was low to the ground, with a huge head and a body the size of a coffee table, she said.

Ever since Julian’s personal dog, Gilbert, was paralyzed deep in the woods on a backpacking trip, she’s been leery of dog attacks, she said. Julian attempted to give the pit bulls a wide berth.

“And then the attack began,” she said.

The larger dog approached Monty and grabbed him by the throat, Julian said. For about 20 minutes, Julian estimates, a “nightmare” unfolded.

“It could have snapped my dog’s neck instantly and instead it seemed to play with killing the dog,” Julian said.

She remembers the sound of screaming, some of it her own. She kicked the attacking dog in the head. She was bit by the dog at least once. At another point, the pit bull dragged Monty into the water.

“My dog never made a noise,” she said. “Not because its throat was smashed, but that’s the kind of dog he was — super stoic. Just a real gentle little guy. I think he didn’t make a noise because he did not want to trouble anyone.”

A man from the nearby campsite came over. He said he had a gun and went back to his tent for several minutes, emerging with what looked to be a handgun. He walked up to the dog and fired the gun repeatedly at its head.

It didn’t sound like a real gun. She learned later it was a BB gun.

The pit bull eventually gave up Monty, leaving him barely alive with a torn ear and bloody injuries all over his body.

The women picked him up, ran to their car and drove the 40 minutes to Bend.

After learning the extent of Monty’s injuries at the Bend Veterinary Specialty and Emergency Center, Julian made the decision to euthanize him.

The decision is always the owner’s, said April Bays, emergency room director for the Bend Veterinary Specialty and Emergency Center.

“That’s where my job as that animal’s advocate comes in,” Bays said. “It’s my job to tell them what they need to know, like if an injury or something is excruciatingly painful for the animal and if there are no other options.”

For Julian, this decision was made more difficult by personal history. When her dog Gilbert was attacked and paralyzed by a larger dog, three separate vets told Julian he’d never walk again and suggested euthanasia. But she ignored them and Gilbert eventually taught himself to walk again, though he’s still “not right” in many ways.

“I’ve seen this happen before,” she said. “But the external damage to Monty was so great that I — I didn’t want him to suffer.”

Some dog owners carry pepper spray as protection against attacking animals. Lynne Ouchida, a spokeswoman for the Humane Society of Central Oregon in Bend, suggested doing things to distract the attacking dog, anything to cause it to “check back into reality.”

“It’s such an extremely difficult situation to be in. Do you pick up your dog and risk being injured yourself?” she said. “Distracting is about all you can do when a dog is in that kind of prey-predator mindset.”