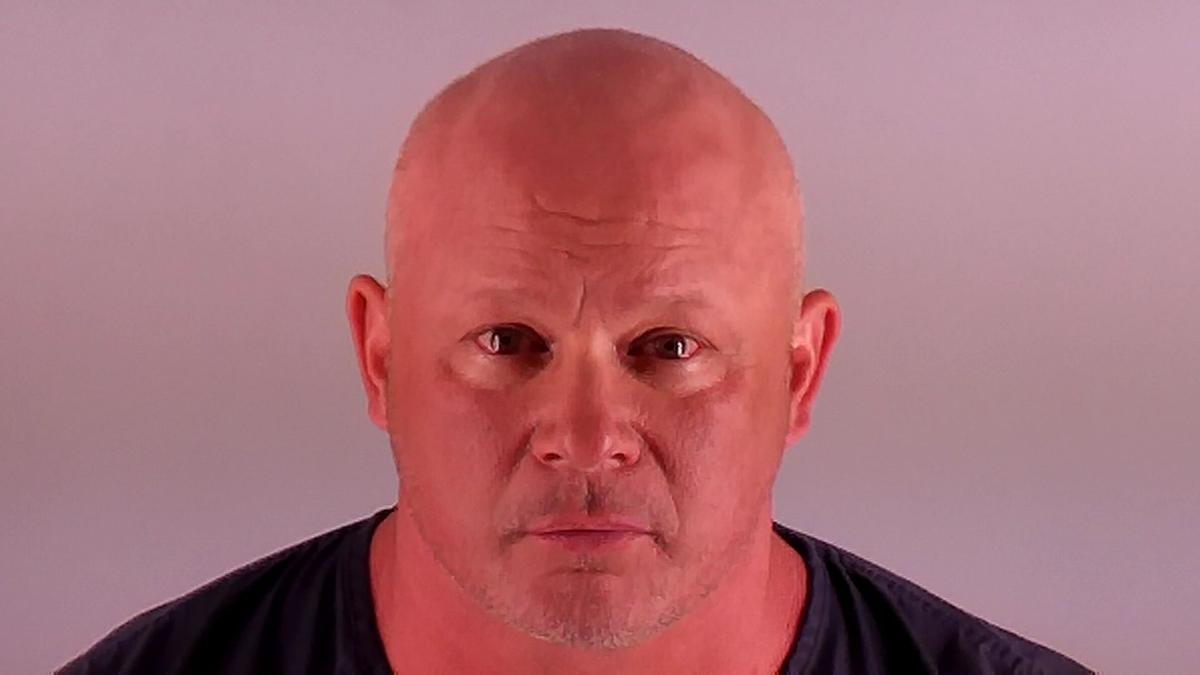 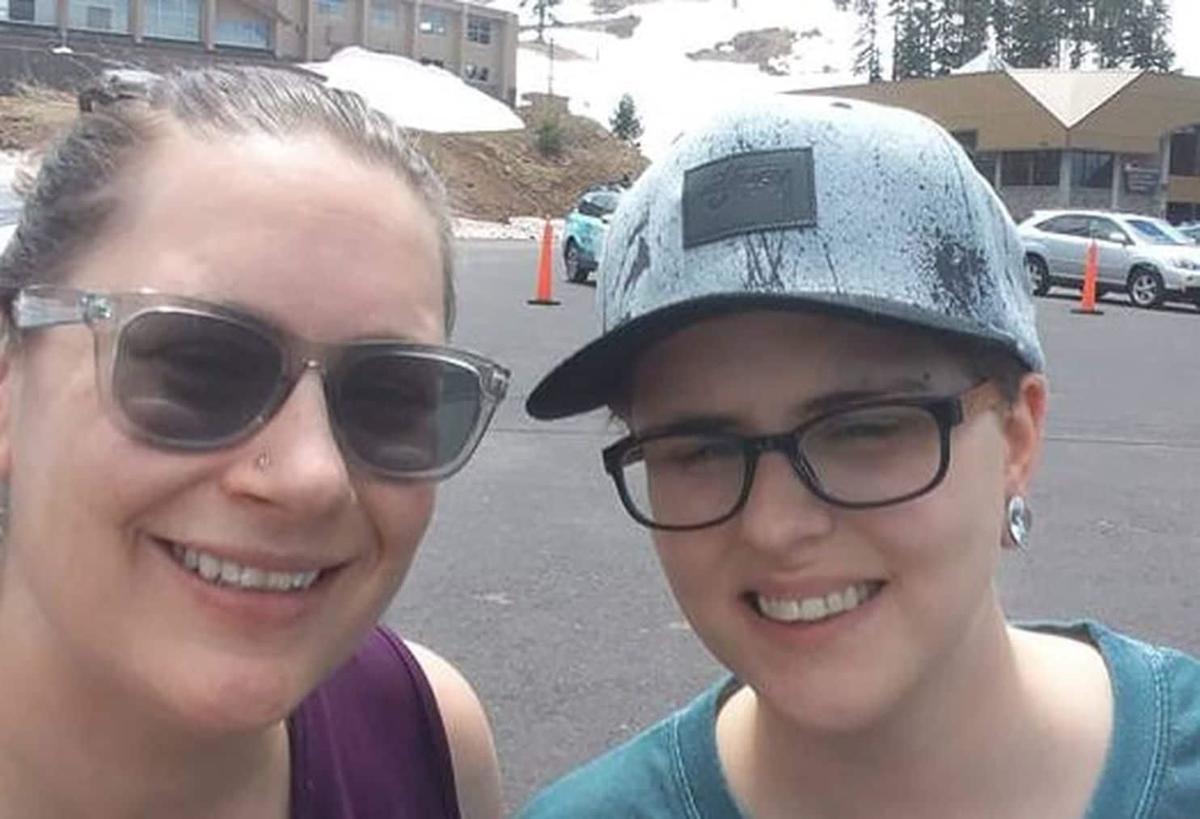 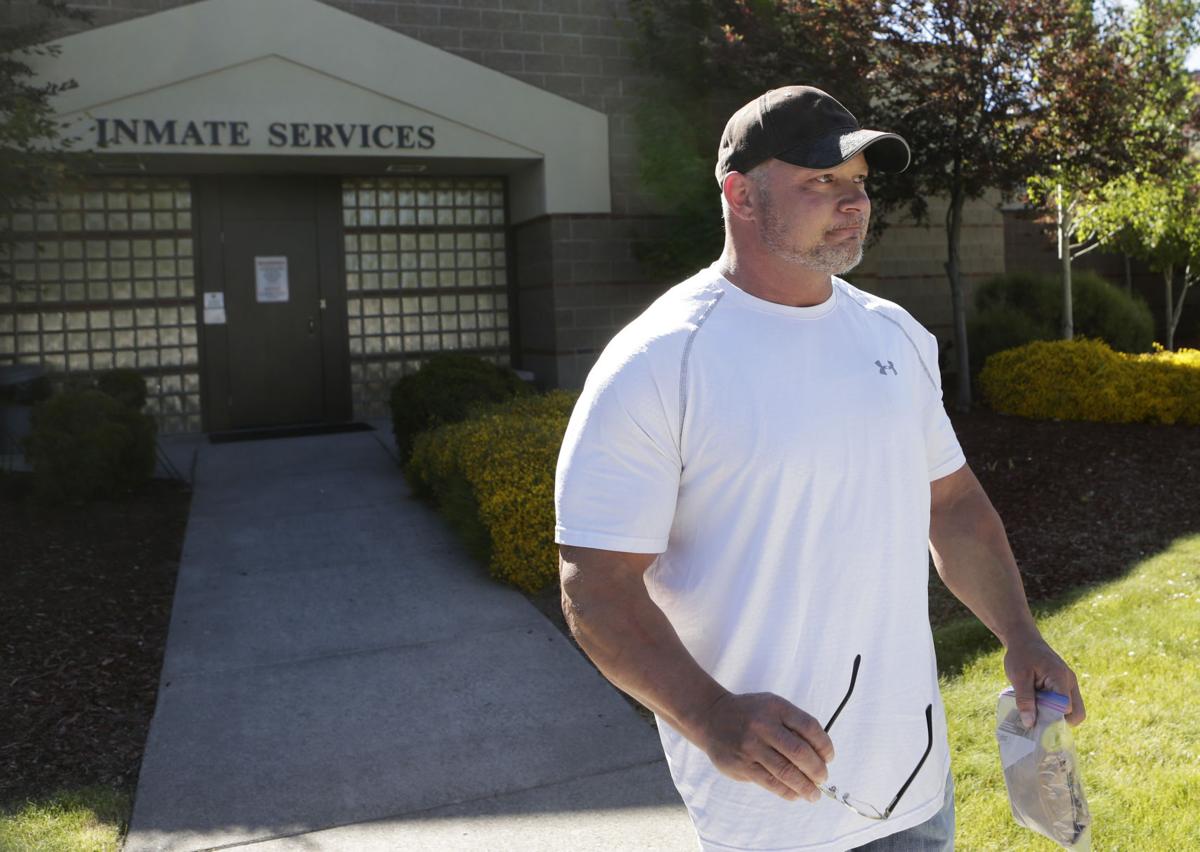 Jay Barbeau leaves the Deschutes County jail after being released Monday. He stayed there for 11 days after his arrest and had faced felony charges stemming from a road-rage incident earlier this month.(Joe Kline/Bulletin photo)

Jay Barbeau leaves the Deschutes County jail after being released Monday. He stayed there for 11 days after his arrest and had faced felony charges stemming from a road-rage incident earlier this month.(Joe Kline/Bulletin photo)

The Deschutes County district attorney on Monday dropped all charges against Jay Allen Barbeau, who was accused of brutalizing two women in an alleged road-rage incident June 1.

District Attorney John Hummel said he had no faith in Barbeau’s accusers — Megan Stackhouse and Lucinda Mann — who said Barbeau angrily chased them down in traffic and snapped Stackhouse’s arm with his bare hands and knocked Mann unconscious.

“Upon further scrutiny, these allegations cannot be sustained,” Hummel said Monday at a press conference he called at Deschutes County Circuit Court. “My job as district attorney is to seek justice, not convictions. I have no confidence in the credibility of Stackhouse or Mann.”

Hummel said Barbeau did angrily tail Stackhouse’s 2015 Kia Soul after it cut him off in traffic, and he did shatter its rear window with his hand. For that he could have received convictions for reckless driving and criminal mischief, Hummel said. Instead, Hummel said he decided Barbeau had been through enough.

“Barbeau’s acts of chasing after Stackhouse in his car and punching her window were outrageous and unacceptable,” he said. “For this he served 11 days in jail and received national ridicule and condemnation. … This is more than enough punishment.”

Barbeau’s case emanates from a confrontation between two drivers that started near Avid Cider’s annual carnival near downtown Bend.

Stackhouse told The Bulletin last week she’d “squeezed” in front of Barbeau’s lifted 2015 Toyota Tundra, and he’d responded with rage and tailed them for blocks before getting out of his truck.

Stackhouse and Mann told police Barbeau beat Stackhouse in the head through her driver’s-side window. Barbeau had grabbed her arm through the window and wrenched it, breaking her radius bone, Stackhouse said. They said Mann exited the car to defend Stackhouse, but Barbeau slammed her to the ground, knocking her unconscious.

Hummel said Monday he doesn’t believe the women about the nature of their injuries.

Hummel said he believed Stackhouse had pulled in front of Barbeau “in a dangerous manner,” which upset Barbeau.

Barbeau was wearing a large ring, which may have made it easier to break the window, Hummel said.

Mann’s claim that she was thrown to the ground was not supported by either of two independent witnesses interviewed by police, Hummel said. One witness claimed to have seen Mann go to the ground unaided. The other said Mann fell after bumping her chest into Barbeau.

Stackhouse’s claim that Barbeau snapped her arm was also contradicted by witnesses, including Barbeau’s wife, Laura, his only passenger in the truck. She said Stackhouse repeatedly slammed her hands into their truck’s front grill.

“She had her fists closed and she was banging them onto the truck,” she said Monday. “She was just furious. There are still two divots in the plastic.”

During the confrontation outside the vehicles, Stackhouse was livid, Laura Barbeau said. She said Stackhouse tried to rip off a rear-view mirror on the Tundra and was “screaming” at Laura Barbeau through the window.

Bend Police Officer Colton Henshaw and his training officer, Scott Schaier, happened to be in the area, according to Bend Police Lt. Clint Burleigh. They arrived on the scene to find a woman lying in the street and another standing on one of the Tundra’s running boards, according to Henshaw’s arrest report.

Henshaw graduated from the Oregon Public Safety Academy in May, according to the Department of Public Safety Standards and Training.

Stackhouse had a clearly broken arm, and her rear window was smashed in when police arrived. Jay Barbeau had lacerations on his hand. Hummel thinks these facts led police to give more weight to Stackhouse and Mann’s version of events.

Barbeau, who had no prior criminal convictions, was charged with four felonies and a misdemeanor. He was booked into Deschutes County jail and, after receiving a medical clearance, was transferred to St. Charles Bend for injuries to his hand.

The next day, Bend Police sent out a news release headlined, “ROADRAGE INCIDENT LEADS TO ARREST.” The story was picked up by media outlets outside the area, and by the end of the weekend, international audiences were reading about a “deranged driver,” as one publication described him, who broke a woman’s arm with his bare hands. The story took a major turn Friday, when Stackhouse was charged as the alleged aggressor in a road-rage incident on Mother’s Day. Stackhouse’s alleged victim in that case, Cheryl Norton, said Stackhouse had twice crashed into her car and punched her in the face.

Stackhouse is scheduled to be arraigned Tuesday on one count of fourth-degree assault.

Hummel said Monday the investigation into the June 1 incident didn’t stop with Barbeau’s arrest. He said looking into Stackhouse and Mann’s background led to “significant and troubling” doubts about their credibility, including the Mother’s Day incident.

One of the instances took place six days after the June 1 incident, when Stackhouse and Mann were drinking at 10 Barrel Brewing. Hummel said that when they left 10 Barrel, Mann “intentionally threw herself onto the hood of a car in the road and then flopped to the ground.”

In addition, Hummel said that in November of last year, Stackhouse and Mann reported to police that Mann had been struck by a van in the parking lot of Timbers Tavern. Police were not able to confirm their account, Hummel said. And in October 2016, Mann and Stackhouse were passengers in a single-vehicle low-speed crash. When police arrived, Mann was found lying on the road “acting unconscious.”

“The police determined her actions were not the consistent with injuries she would have received in the crash,” Hummel said.

Stackhouse, 34, is the former director of the Human Dignity Coalition, which advocates for LGBTQ causes in Central Oregon. Reached Monday, the president of the coalition’s board of directors, Jamie Bowman, said Stackhouse was asked to leave the organization two years ago.

Bowman said Stackhouse was prone to “emotional outbursts” in public, and was known to “blow things out of proportion.”

“Her behavior was not reflective of how we’d like to viewed by the public,” Bowman said.

Hummel said an investigation into wrongdoing by Stackhouse and Mann is ongoing.

Stackhouse did not respond to a request for comment Monday.

Barbeau’s attorney, Casey Baxter, said Monday his client was in tears when he learned of Hummel’s decision to not charge him.

“He just wants to get home to his wife,” he said. “This is the longest they’ve been apart.”

Laura Barbeau said Monday her family had spent $4,000 in legal fees and other costs as a result of the incident. She’s received multiple harassing messages and even death threats.

“One guy threatened to beat Jay’s a-- and put it on YouTube,” she said.

A crowdfunding campaign set up for Stackhouse and Mann on GoFundMe.com had raised $4,366 for medical expenses. As of Monday afternoon, it was no longer active.

GoFundMe considers it a misuse of a fundraising campaign if the campaign’s content is inaccurate with respect to a material fact about the beneficiary, or if the campaign organizer or beneficiary is formally charged with a crime directly related to his or her actions, omissions, or misrepresentations made in the campaign. If GoFundMe confirms misuse, it will refund donations up to $1,000.