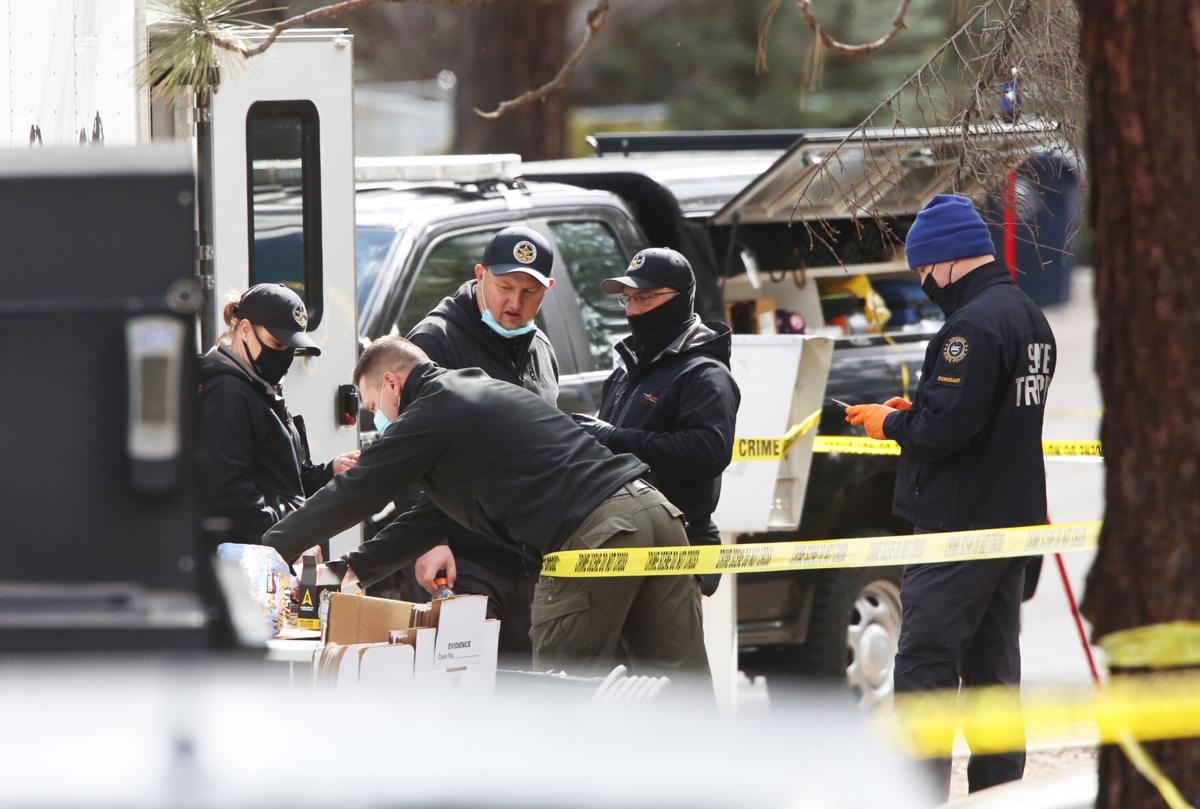 A murder investigation continues Monday in Bend at SW Lynx Lane and Granite Drive, where two bodies were discovered on Sunday. 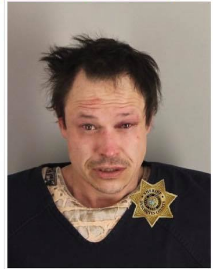 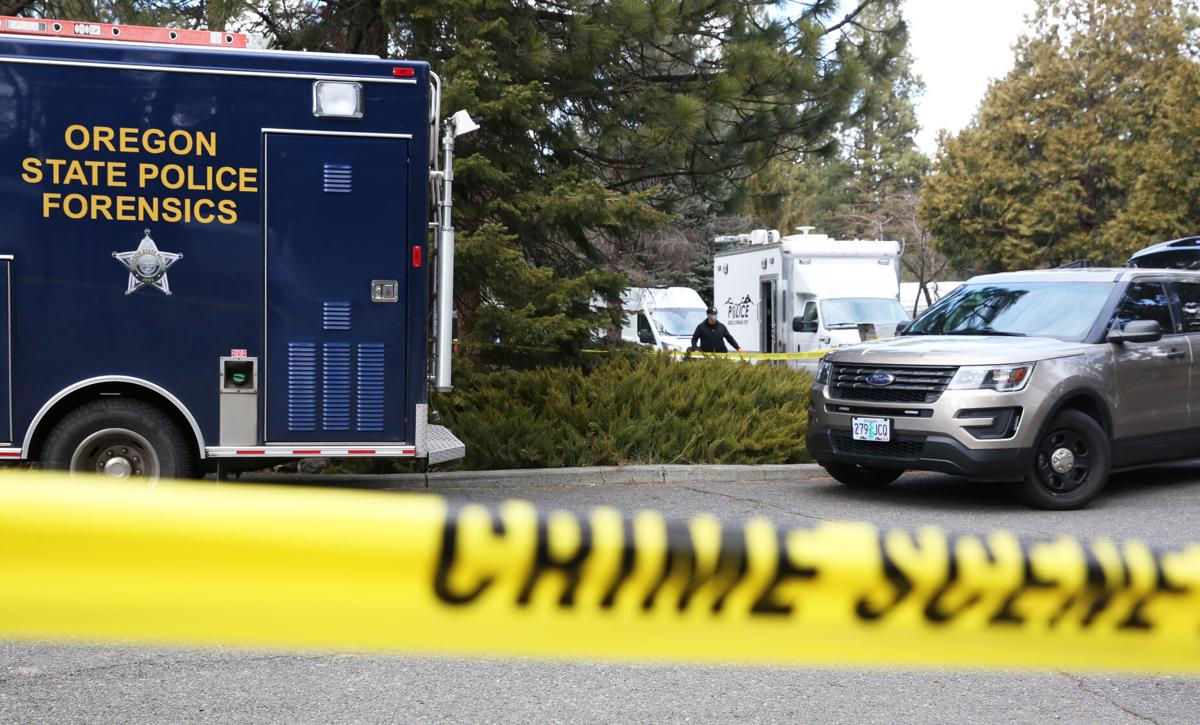 A murder investigation continues Monday in Bend at SW Lynx Lane and Granite Drive, where two bodies were discovered on Sunday.

The man Bend Police arrested Sunday in connection with a suspected double homicide is the same man alleged to have killed a woman who died after an attack Christmas Day. He now faces murder charges in all three deaths.

At least one of the victims discovered Sunday died of hatchet blows.

Hummel said in a news conference Monday he couldn’t comment on the manner of death in the other case because only the hatchet death was witnessed by another party.

According to Hummel, around 12:30 p.m. Sunday, a woman named Darlene Allen was walking with Kilby in the Romaine Village neighborhood in southwest Bend. As she passed another person, Allen mouthed the words “help me” and the other person called 911, Hummel said. Later in the walk, she broke free of Kilby and ran to another neighbor and told them someone had been murdered in the house where she was living and that her son was involved.

Police arrived and Allen allowed them into her home at 60971 Granite Drive. Inside the manufactured home, officers found the bodies of Jeffrey Allen Taylor, 66, and his brother, Benjamin Harlin Taylor, 69.

Allen told police that on Saturday, she’d been an eyewitness to the death of Jeffrey Taylor, who died of hatchet blows.

After the alleged murders on Saturday, Kilby forced his mother, Allen, into his car and drove around town for several hours, Hummel said Monday. Kilby ended the car ride back at her house in Romaine Village, where he watched over her overnight.

The next day — Sunday — she suggested they get some air and go for a walk, which was when she was able to summon help, Hummel said.

Officers located Kilby on foot nearby shortly after. He reportedly indicated to police that he was responsible for the deaths of the Taylors and later provided information about the death of Daphne Banks, who was injured on Christmas Day in the same house, allegedly by Kilby.

Kilby had been arrested that day after Banks was sent to the emergency room at St. Charles Bend with a serious head injury. Kilby told police she had fallen and hit her head, but police and medical professionals did not believe his story.

He was arrested on suspicion of second-degree assault and other counts but was later was released from jail.

Banks was in a coma for several weeks and died in January after being taken off life support.

Kilby and Banks had a romantic relationship, according to Hummel.

The Taylor brothers, who lived together at the home on Granite Drive, are described as acquaintances of Kilby’s. Hummel said Kilby had a “dispute” with one of them.

“Let’s put it this way: it wasn’t a two-way dispute,” Hummel said. “Mr. Kilby was angry at one of the roommates about something and he murdered him. Why the second roommate was murdered, I’m still figuring out the exact details.”

Monday morning, Kilby was indicted on three counts of murder for the deaths of the Taylors and Banks.

For weeks, Banks’ two daughters were adamant Kilby should be charged in their mother’s death.

“I’m so saddened by this,” she wrote on Facebook. “It took 2 more people to die before this was taken seriously. We asked multiple times what it was going to take to lock this man up. We advocated for our community on how unsafe it was for Randall Kilby to be out free … It feels like I’m reliving my mother’s death all over again. I can’t take this.”

Hummel stood by his decision to not charge Kilby for Banks’ death earlier, saying the information Kilby provided Sunday allowed them to charge him with murder for Banks’ death. Before, they didn’t have enough to go on, he said.

“If we had that information earlier, he would have been charged earlier,” Hummel said.

Charging someone prematurely can increase a defendant’s chances of acquittal and it’s important to get the case right the first time, he said.

“We have never held back charging people for homicide,” he said. “I’m confident if we had charged Mr. Kilby with homicide in January, he would have been found not guilty. We did not have sufficient evidence.”

Kilby was assigned attorney TJ Spear to represent him. Spear declined to comment.

Kilby has a lengthy criminal record and two open cases aside from the new murder cases.

Hummel, who has stated opposition to capital punishment, said second-degree murder charges could potentially be upgraded to aggravated murder in the future. Aggravated murder is the only crime in Oregon eligible for the death penalty.

Bend Police and the district attorney’s office are currently investigating a separate double killing from August. No suspects have been arrested in the deaths of Ray Atkinson Jr. and Natasha “Tasha” Newby.

In 1999, Robert Lawrence Staudinger killed three people in Tumalo, for which he received three life sentences. Staudinger, 49, is incarcerated in Two Rivers Correctional Institution in Umatilla.

In 2002, Randy Joseph Stewart was convicted of two counts of aggravated murder for killing two people in Bend. She died in prison in 2019.

In 2011, Julie Angela Still killed her daughter and shot her son before killing herself. The son survived.

Hummel's professional record as a DA reflects off-loading cases to the Oregon DOJ for any reason he can come up with as a means of avoiding a negative mark on his conviction record...and flip-flopping as he has just done in this tragic, horrible double homicide. NOW the woman previously murdered was likely killed by the same suspect he (Hummel) said could not be proven (by him) in court.

Oh for the good old days of Mike Dugan as DA in Deschutes County...

Look on the bright side. If Hummel actually gets a conviction, he can later go before the parole board and claim that the murderer is a great candidate for rehabilitation, as our brave DA argued for the murderer of Rod and Lois Houser. More ink and air time for “Prime Time” Hummel.

The District Attorney claims a good conviction rate because he only takes cases he can plea or win in court. In this case, Ms. Banks' case was tough to prove, and DA didn't want to risk a loss, so he let this man go out into the community. On the positive side, the DA can probably win the case now, so that's a PLUS for his record. Too bad it took two more murders to get there.

No kidding, what a price to pay for the lack of a conviction on an earlier crime