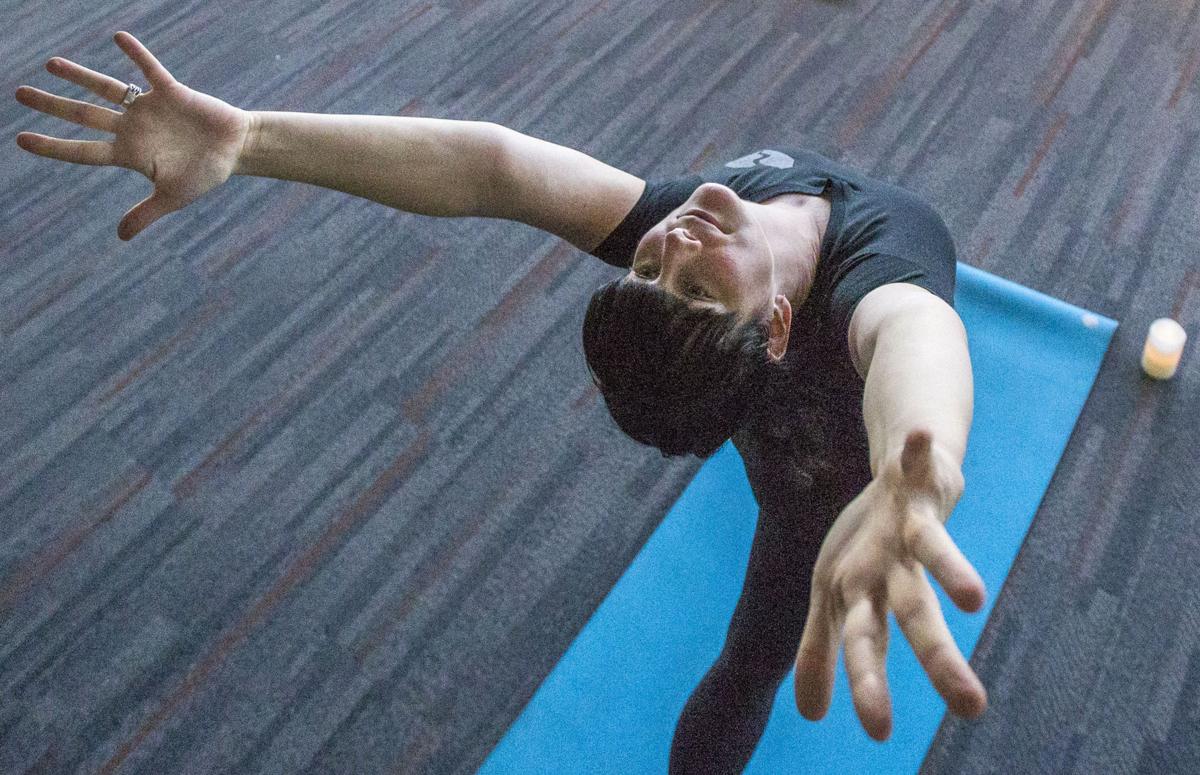 Sarah Peterson, president and founder of Clear Mourning, started the yoga group in Bend to help others who have suffered a loss. 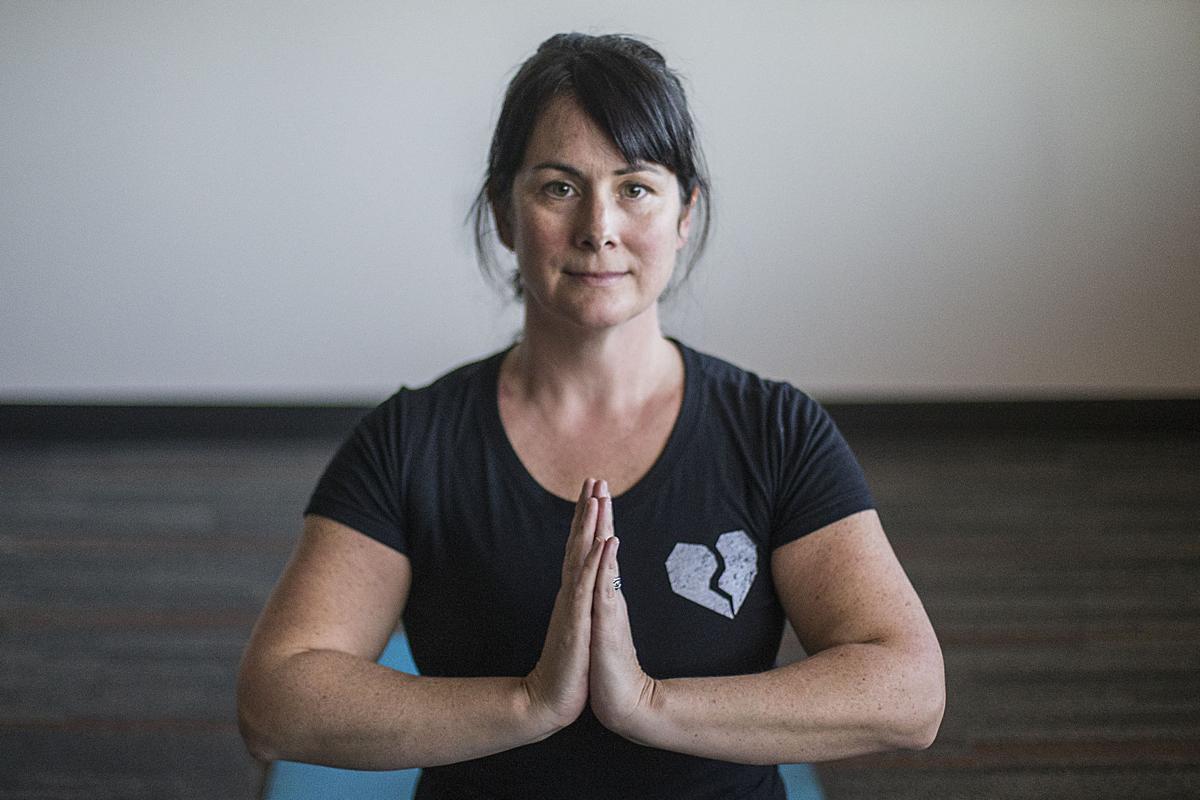 Sarah Peterson, president and founder of Clear Mourning, recently started a yoga group in Bend to help others who have suffered a loss. 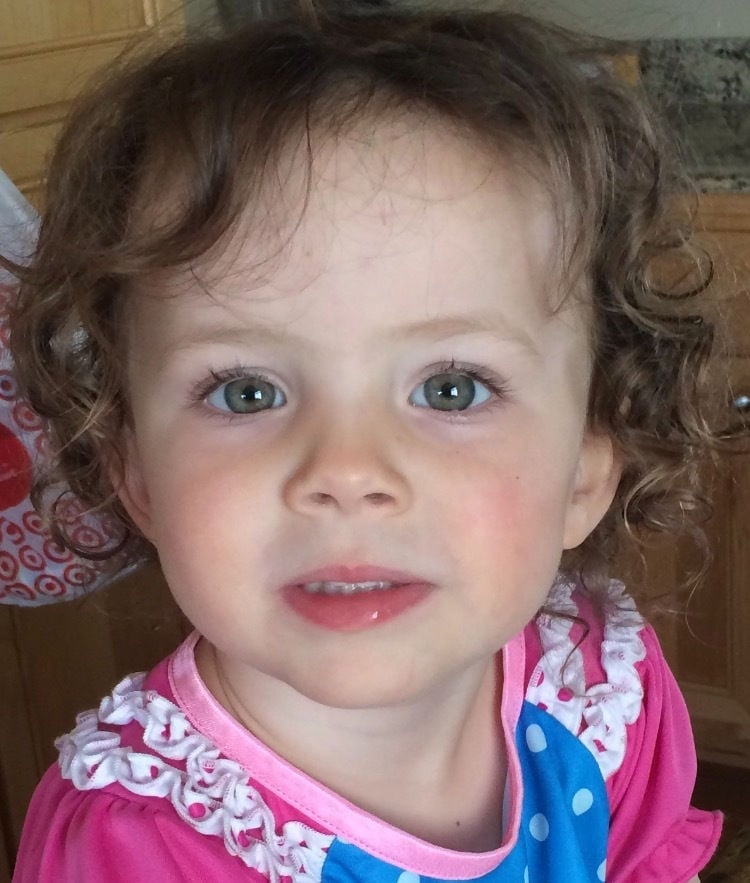 Marley Elizabeth Peterson was killed by a drunken driver in September 2016. 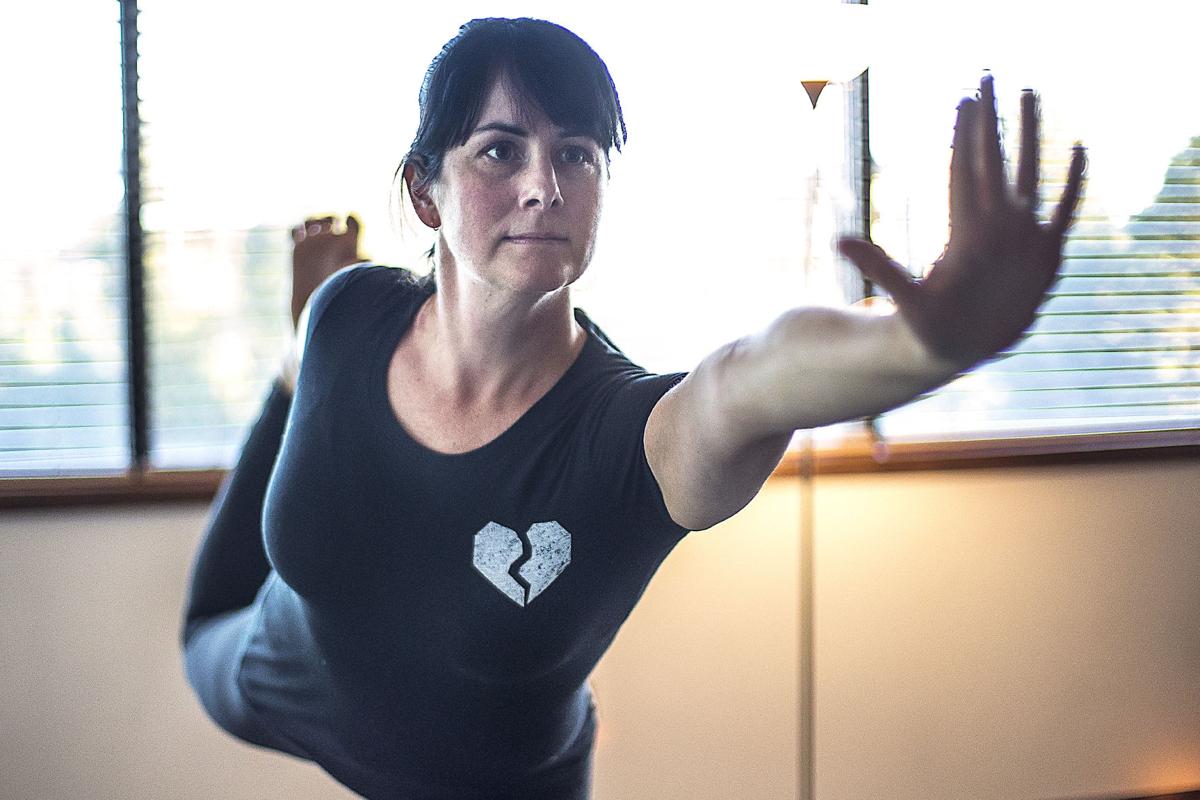 Sarah Peterson, president and founder of Clear Mourning, started the yoga group in Bend to help others who have suffered a loss.

Sarah Peterson, president and founder of Clear Mourning, recently started a yoga group in Bend to help others who have suffered a loss.

Marley Elizabeth Peterson was killed by a drunken driver in September 2016.

It’s nearly as dark outside the yoga classroom overlooking the Deschutes River as it is inside, where Sarah Peterson takes a deep breath, holds it and exhales.

“Reach up like you’re reaching out to the heavens,” the instructor tells Peterson and the yoga class. “Like you’re bringing in the love and the energy from the person you lost, and bring it into your heart.”

No, she hasn’t healed. No, she isn’t doing OK. Grief is a part of her life that won’t go away.

But Peterson has found ways to cope.

“Heal’s not a word in my vocabulary anymore,” Peterson said. “I don’t think I’ll ever heal from Marley’s death, but I will integrate my grief. It’s learning to live with it and enjoy the things that I still have, which are many, but also there’s room for my deep and everlasting sadness.”

Peterson formed Clear Mourning, a nonprofit with a yoga-focused outreach so others struggling with loss can benefit from what she’s learned. It’s a small, but sincere effort: the twice-a-month yoga class and a fundraising effort to provide massages to those suffering from grief.

“Grief is the human condition, so really, we’re all dealing with grieving people,” she said.

Two years ago in Deschutes County Circuit Court, Peterson screamed in the face of her daughter’s killer, David Fincher, at his sentencing, her words echoing off the walls of a packed courtroom.

Fincher was found guilty of first-degree manslaughter for the death of Marley, whom he killed in a drunken driving collision on the morning of Sept. 11, 2016.

“You killed my baby!” Peterson shouted at Fincher, serving a 23-year prison sentence.

“This is me, the true being,” she said last week at a space at the Oregon State University Co-lab in Bend. “My grief looked a lot different back in 2016. What you saw those days was a mother facing her daughter’s killer.”

For a long time after her daughter’s death, Peterson didn’t do anything, she said. Some days she would cry so hard, she threw up. One day, though, Peterson decided she wanted everyone to know how she felt, prompted by a feeling that there “just wasn’t enough black in my closet,” she said.

She asked an artist friend to draw her a “black, dead heart” she could put on a shirt and wear all the time. A longtime hospice nurse, she’d seen many families express a similar desire — to wear something, like an armband or a veil, that let others know they’re in grief.

The artist created an image of a broken heart, which has since become the logo of Clear Mourning.

In the Clear Mourning yoga class, participants are encouraged to be “fully present.” In the process, they’ll get more in tune with their bodies and, eventually, their emotions, according to instructor Nancy Lumpkin.

As a member of the OSU Co-lab, Clear Mourning has access to the OSU classrooms in the shared workspace, with impressive views of the lush Deschutes below.

It’s a free class. The idea is to reach people who wouldn’t usually do yoga, like another effort by Namaspa yoga teachers who work with senior citizens and with inmates at the Deschutes County jail.

Getting people “into” their bodies can also help get them in touch with their emotions, Lumpkin said.

“Everyone’s got trauma and grief in their life. It’s about allowing people to feel what they feel and let it all out,” Lumpkin said. “It’s really focusing on creating a relationship with your grief.

Peterson started attending classes at the Namaspa yoga studio in Bend, which she first began going to in 2007. After losing her daughter and her father, she reflexively “hid out” at the studio, feeling a need to be around something familiar, around people who wouldn’t “stifle her grief.”

Peterson wants to recreate for others that comforting feeling she got in the months after Marley’s death, when Namaspa owner Suzie Newcome would let her in the back door.

Being with her friends at Namaspa, whom she called her “tribe,” was huge for Peterson.

“I was really surrounded by a group of people whom I trusted and felt safe with,” she said. “I knew in those days, I could curl up in the corner and sob, and the teacher would wait for me at the end and walk me out.”

Yoga isn’t intended as a distraction for people in grief.

“Yoga also let me be in the present moment, which also allowed me to feel closer to Marley,” she said. “ I wasn’t scared about the future and I didn’t have anxiety about the past.”

It’s not easy to know what to say to someone in Peterson’s position.

One time, Peterson was in class with an instructor who told his class to breathe deep and reflect on how lucky they are to live in Bend.

Peterson wasn’t having it. The comment ruined the class for her. She told the instructor afterward, “I’m the unluckiest person you know.”

Another time, Lumpkin saw Peterson in the studio and asked an innocent-seeming question, just checking in: “How ya doing?”

Peterson was not well. Her spirit was broken and that day had been particularly hard. She told Lumpkin, “Give me some space.”

To Peterson, questions like “How are you?” put grieving people in the position of being brutally honest, or lying about how they really feel.

“A much better question is, ‘How is your spirit?’” she said. “That way I don’t have to say I’m good or I’m bad. I can speak to the true nature of my spirit.”

Hearing “I’m sorry for your loss” is fine, but what Jason Peterson, Sarah’s husband, enjoys more is when someone shares a memory of Marley. Or how something happened the other day, and that person thought of her.

Just hearing her name is nice.

“Don’t be afraid to approach and talk about the loss — it’s huge,” he said. “I find that so few people are willing to talk to me and engage about the loss. Even my closest family and friends don’t do it as much as I’d like. That’s the biggest thing — don’t let those memories go untold.”

Often, the most helpful thing a supporter can say to someone in grief is nothing.

“To listen another soul into a state of disclosure is quite possibly the greatest gift,” Sarah Peterson said, quoting author Douglas Steele. “It’s not about having a response or an answer, or about fixing anything, it’s about listening and saying, I’m here with you and I’m not going away. Do what you need to do. You’re not by yourself.”

Through all her loss , Sarah Peterson has learned it doesn’t get easier. There are ups and downs, and an understanding there will more be dark days ahead. But how is her spirit?

“My spirit these days is growing and strong,” Peterson said. “My spirit is being pieced back together into a brand-new shape.”